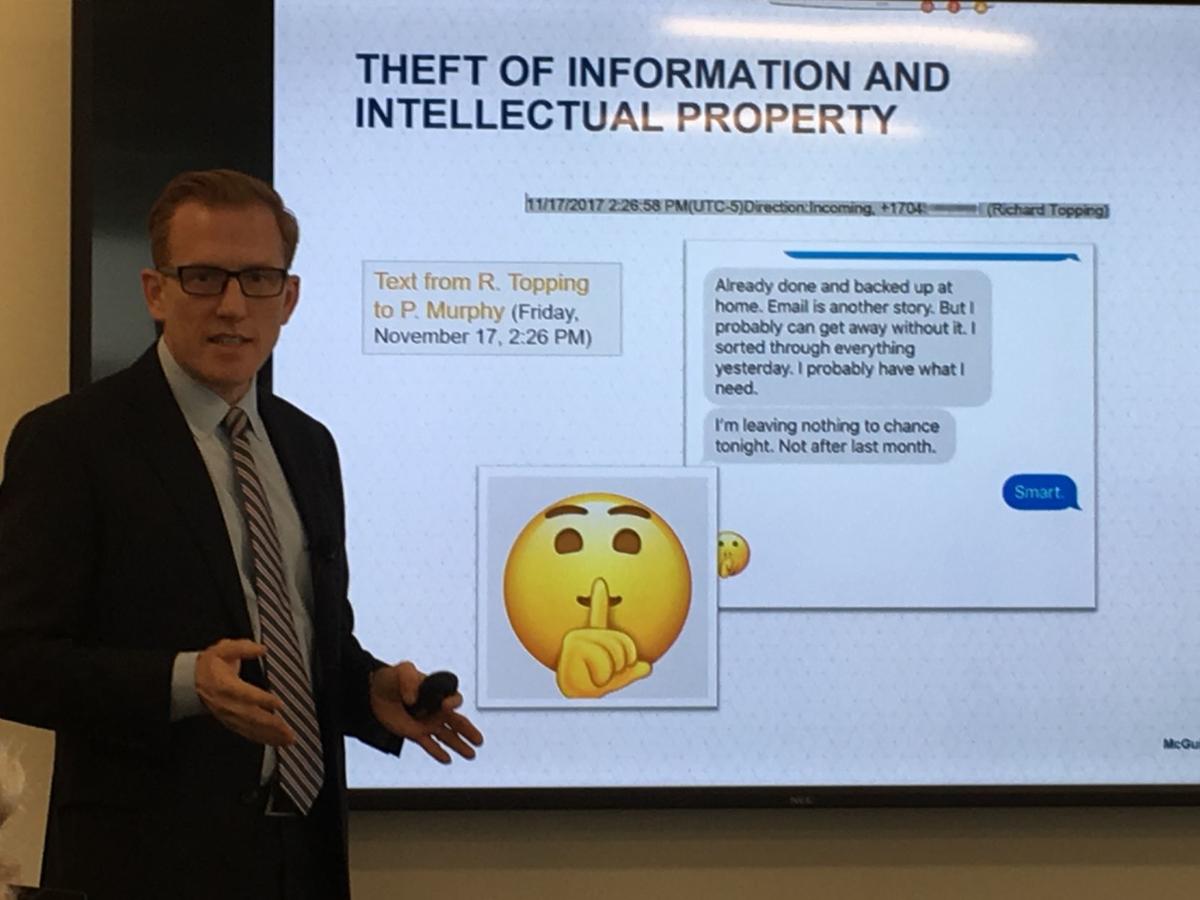 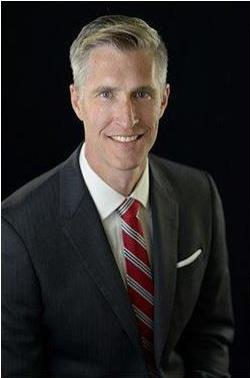 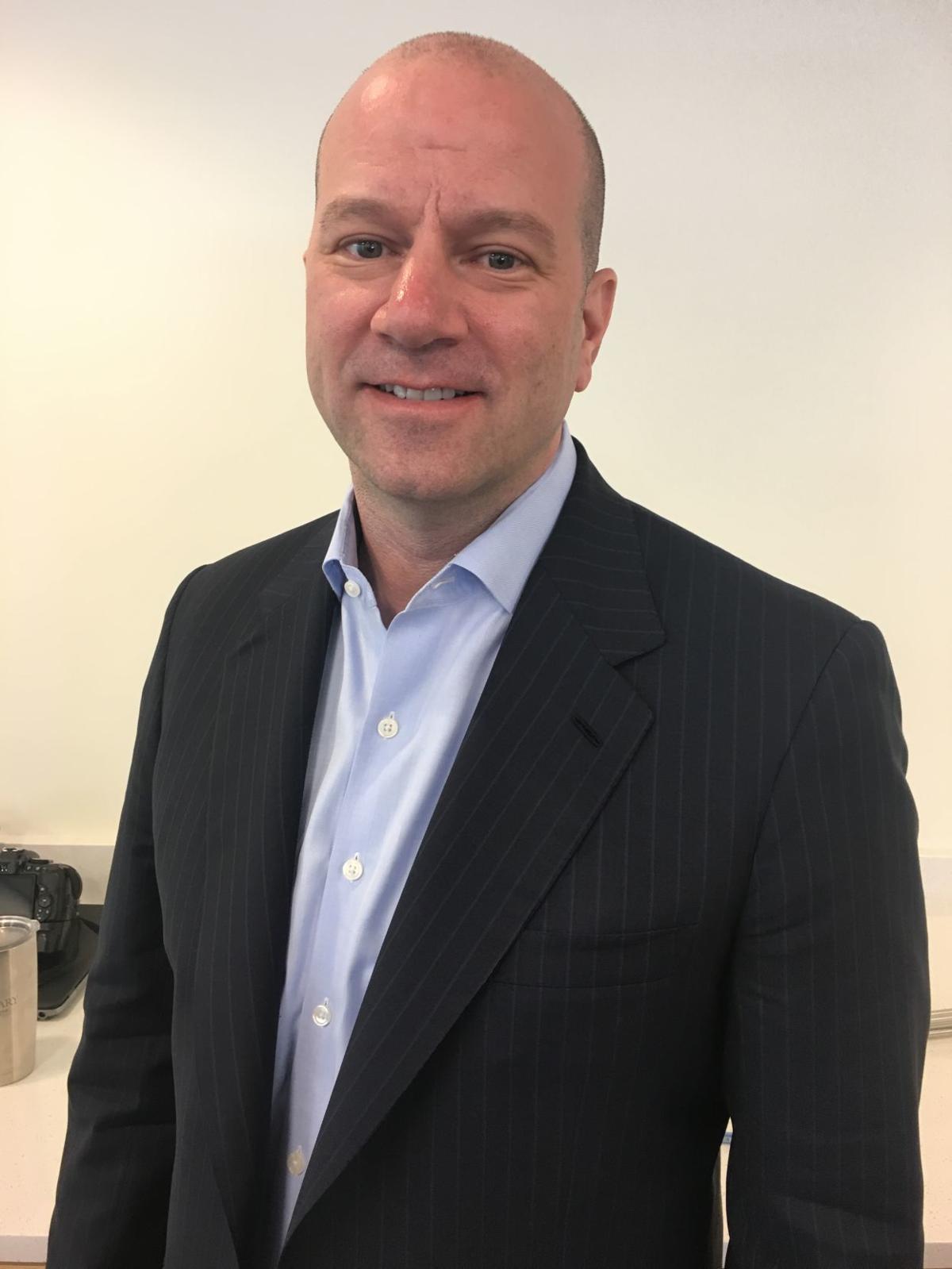 CHARLOTTE — Cardinal Innovations has sued its former chief executive to recoup his $1.68 million severance package, alleging that he used his post to enrich himself and three other top executives for the agency, which provides mental and behavioral health serves for 20 counties, including Forsyth.

According to a investigation done by a former federal prosecutor and released just before the lawsuit was filed Monday, Richard Topping Jr. convinced the former board leadership to pay him the $1.68 million in severance before he was removed from his post by N.C. health Secretary Mandy Cohen on Nov. 27 as part of a state takeover of Cardinal.

The lawsuit, filed in Mecklenburg Superior Court, not only seeks to recoup the entire severance package, but also seeks at least $125,000 in damages.

“He inflated his salary without regard to the reputational, regulatory and legal damages it was going to cause,” said Kent Meyers, the former federal prosecutor who conducted the investigation for McGuireWoods on behalf of Cardinal.

According to Meyers’ investigation, Topping pressured the former board not to fire him for several months by saying that if he was fired, his entire management team would also leave with him, “ending Cardinal as they knew it,” Meyers said Topping told the board.

Meyers said Topping and three other former executives refused to cooperate or be interviewed for his investigation outside of questions submitted to their lawyers.

Meyers said he declined to take that option.

“Topping took these steps acknowledging he would never get another contract with Cardinal nor likely with any other North Carolina healthcare provider,” said Trey Sutten, who was named as interim CEO by Cohen on Nov. 27.

The new board said it hired Sutten as the permanent chief executive on Friday.

Cardinal spokeswoman Ashley Conger said Sutten's compensation and employment contract "remained the same. His salary is $234,525 — a range approved by the Office of State Human Resources and posted on their website in a memo."

By comparison, Topping had been paid $635,000, about 3½ times the maximum allowed under state law.

The first — sent Nov. 17 before Topping was fired by the board — involved Murphy and Topping discussing Topping’s securing 1.5-gigabytes of highly confidential Cardinal management files, including personnel files, before leaving his post.

Murphy wrote that Topping “was smart to take files now.” Topping ended the text with an emoji with a finger over the lips. Meyers said he interpreted that emoji as saying “Shhh. Be quiet, and don’t tell anyone what I’m doing.”

An email exchange between the former executives took place after Topping’s termination by the former board. The board agreed to allow Topping to remain as CEO through Nov. 30.

The context, according to Meyers, was Topping’s work to secure venture capital or private equity for a private startup business, potentially to compete against Cardinal in the planned Medicaid reform marketplace with Cardinal’s confidential financial and operational information in hand.

Although Topping was the only former Cardinal executive named in the lawsuit, Sutten said the three other executives could face similar litigation, as could former chairwoman Lucy Drake.

“We’re trying to focus on the matters at hand, but everything is on the table,” Sutten said with agreement from Carmen Hooker Odom, the reconstituted board’s vice chairwoman.

Bryan Thompson, Cardinal’s new chairman, recused himself from the presentation because he served on the previous board until he was removed by members of that board on Nov. 17.

Board asks for investigation

Cardinal oversees providers of services for mental health, developmental disabilities and substance abuse for more than 850,000 Medicaid enrollees in 20 counties, including Forsyth and five others in the Triad. It handles more than $675 million in annual federal and state Medicaid money.

The investigation by McGuireWoods was requested by the reconstituted board and Sutten as part of their bid to provide transparency and restore public trust in Cardinal.

The lawsuit was not filed as a response to the previous board’s lawsuit against the state to allow for executive salaries, including the one for Topping, that exceeded those permitted by state law.

However, it does represent a follow-up to the temporary restraining order and then preliminary injunction won against Topping and the former board.

The injunction bars Topping and the former board from interfering with N.C. Department of Health and Human Services’ regulatory actions involving Cardinal after Cohen ordered the takeover.

Cardinal said in the lawsuit filed Monday that “Topping’s motive in asking the board to allow him to remain CEO (through Nov. 30) was so that he could use his position as CEO to ensure that Cardinal Innovations paid him the lump-sum severance before his departure.”

The severance to Topping and the other three executives, which totalled $3.8 million, was made Nov. 20, while the four were still employed by Cardinal.

New details that emerged as part of Monday’s presentation included:

“I smelled a rat four years ago, along with Sen. (Nelson) Dollar and Rep. (Donny) Lambeth,” state Sen. Tommy Tucker said after Monday’s presentation by Meyers.

“What I heard today doesn’t shock me. It has been his narcissism and arrogance in trying to take advantage of Cardinal and the individuals he was hired to serve. It was his attempt at a coverup for his ($1.68 million) severance package — to say I’m rich off the backs of the least of these,” Tucker said.