The Trustees Fountain in Wright Circle at East Carolina University. Wright Auditorium (left) is in the background. 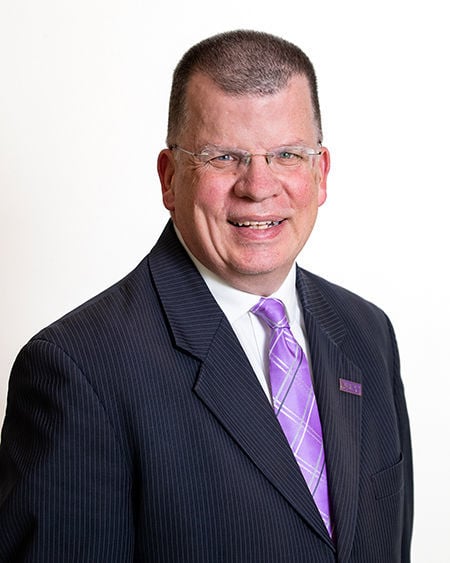 GREENVILLE — Many East Carolina University students and supporters are defending interim chancellor Dan Gerlach after he was placed on leave Monday when pictures and video showed him drinking and dancing at a bar near campus last week.

As of 11 a.m. Tuesday, nearly 9,600 people have signed a Change.org petition supporting Gerlach.

The petition, started by an ECU student, reads: "The chancellor has been put on administrative leave for having a good time and socializing downtown Greenville, and trying to be a man of the people. The smear campaign that has started before an investigation can happen is unacceptable!"

The Daily Reflector of Greenville in a story published online Monday quoted a bartender at the bar where Gerlach was photographed that the ECU leader "was just hanging out and talking to people.”

Several students interviewed by the Greenville paper described Gerlach as friendly and personable and said it's no big deal that the interim chancellor was at a bar. Several other students said it seemed odd that Gerlach was partying with students and wondered about his professionalism.

The East Carolinian, ECU's student newspaper, reported Monday that most students seem to be backing Gerlach.

In a statement to Raleigh TV station WRAL, Gerlach said he is "very grateful for the strong vocal support from so many Pirates."

Gerlach said in a radio interview Monday with Greenville's Pirate Radio that he made a spur-of-the-moment decision to go out Wednesday night after a talk at a Greenville retirement community. He said he had a beer at one bar, where he met a couple of off-duty police officers. About 9 p.m., the trio decided to go to a second local bar.

Gerlach said he was told early on in his ECU tenure that he needed to be visible and approachable to students. But he admitted to bad judgment — one photo shows Gerlach with his hand on the back of an unidentified young woman's neck — and said the photos and video were "not a good look and I think I've learned from it."

"I regret the distraction that's been caused," Gerlach added. "I don't want anybody here to think that these pictures are anything more than me talking to people and encountering people probably too late at night in a bar."

Gerlach hinted at something more nefarious.

"I know you and other media outlets have received a very professional put-together packet of pictures and videos with captions that are very incendiary and very nasty personally hurtful," Gerlach told the radio station. "I think this leads to somebody wanting to make me look bad and really show my judgment to be poor."

Gerlach didn't say who might have sent out the photos and videos but said it probably wasn't a student amused by the chancellor's awkward dance moves.

"That said, I was out. I had pictures taken," Gerlach said. "I take accountability for that and I'll learn from that."

Enrollment remained flat this fall, but the university has paid down some debt and reduced its spending.

Dan Gerlach has been president of the Golden LEAF Foundation since 2008.