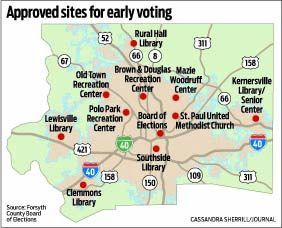 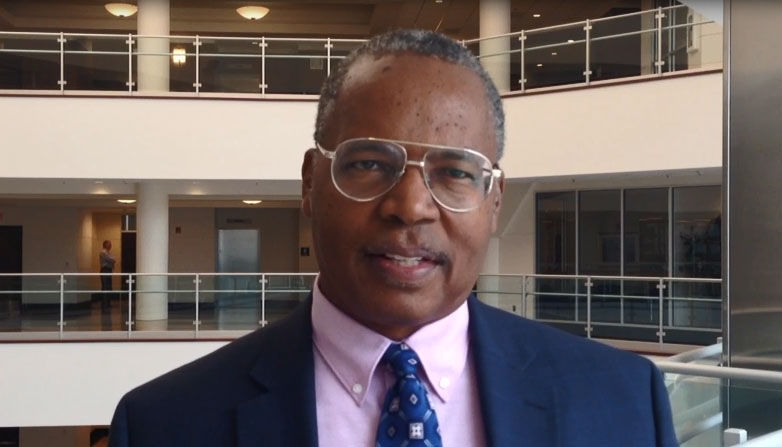 Winston-Salem State University will not have an early-voting site on campus this March.

After almost an hour of presentations and discussion Wednesday afternoon, the N.C. State Board of Elections voted 3-2 to approve the early-voting plan submitted by the local election board’s Republican majority.

The Forsyth County Board of Elections could not reach a unanimous decision Dec. 17, with WSSU’s Anderson Center as the sticking point. That kicked the decision to the state board.

Fleming El-Amin, the Democrat on the three-person Forsyth County Board of Elections, asked the state to add WSSU’s Anderson Center. Forsyth’s Republican majority submitted an 11-site plan that did not include the Anderson Center.

In the teleconference meeting, state board members pointed out that the Forsyth elections board did not include the Anderson Center in its unanimous early voting plan for the 2014 general election. Chairman Grant Whitney said he worried that if the board put early voting at one college, every other college would want the same thing. Board member Rhonda Amoroso said the March early voting period coincides with WSSU’s spring break, and that election officials could revisit the issue in the fall.

Also on Wednesday, the state board voted 4-0, with Whitney recusing himself, on a plan that requires Watauga County to offer early voting at Appalachian State University’s Plemmons Student Union. The elimination of that site in 2014 has been the subject of debate and litigation.

When addressing Forsyth County sites, election officials did not discuss voting hours. El-Amin’s proposals called for Sunday voting and possibly voting on the first Saturday of the early-voting period, but those options will not be offered under the majority plan.

The early-voting period is March 3 through 12, and the primary is March 15.

Kyle Brown, president of the student government association at WSSU, urged the state to return early voting to the WSSU campus. Brown said having it taken away in 2014 was discouraging and that many students do not have transportation.

Brown said afterward that he was shocked that the state board would not return early voting to WSSU.

“I feel as though what we’re experiencing now is the product of the North Carolina bad politics, and we really would love to see if another appeal could be made to receive the Anderson Center,” Brown said.

The Anderson Center at the historically black campus had been used for early voting in 2008, 2010 and 2012, according to El-Amin.

On Wednesday, El-Amin and Stuart Russell, secretary of the Forsyth elections board, addressed state officials.

Russell said the majority plan exceeds the number of hours required by statute. He said the board spent a lot of time deliberating on sites that covered much of the county and that the Anderson Center did not come up until the final meeting. He said WSSU is within about a mile of two early-voting sites.

El-Amin said the board received two petitions with 500 or more signatures each advocating for WSSU. He said the site would serve not only WSSU students, but many other voters in densely populated Winston-Salem.

El-Amin also addressed comments made by Ken Raymond, chairman of the Forsyth elections board. Raymond said Dec. 17 that he could not support returning early voting to WSSU and repeated his previous claim that he heard students say in 2010 that they were voting in order to receive class credit.

El-Amin said it was not fair to hold that against current students and that the 2010 board did not find evidence of a violation.

Whitney asked if Raymond’s concerns from 2010 were used as a basis for the decision not to use WSSU in 2014, and if so to provide concrete evidence, but El-Amin did not have the minutes from those meetings readily available.

Raymond said during an interview with the Journal in August 2013 that he would try to eliminate the Anderson Center, citing comments from students in 2010. In 2014, he said he focused on geography when crafting his proposal, which did not include WSSU.

Russell said Wednesday that not including the Anderson Center this March is not a punitive measure for whatever may have happened in the past, but was something the board also had done in 2014, recognizing that there are other voting sites near WSSU.

One of El-Amin’s proposals for the 2014 general election included the Anderson Center. He ultimately voted in favor of a compromise plan which included Sunday voting. El-Amin said he was trying to develop a relationship with the board and wishes he had made WSSU a greater issue then.

El-Amin said he was disappointed with the state’s decision Wednesday and that he “will try to get WSSU established as a voting site for the general election.”