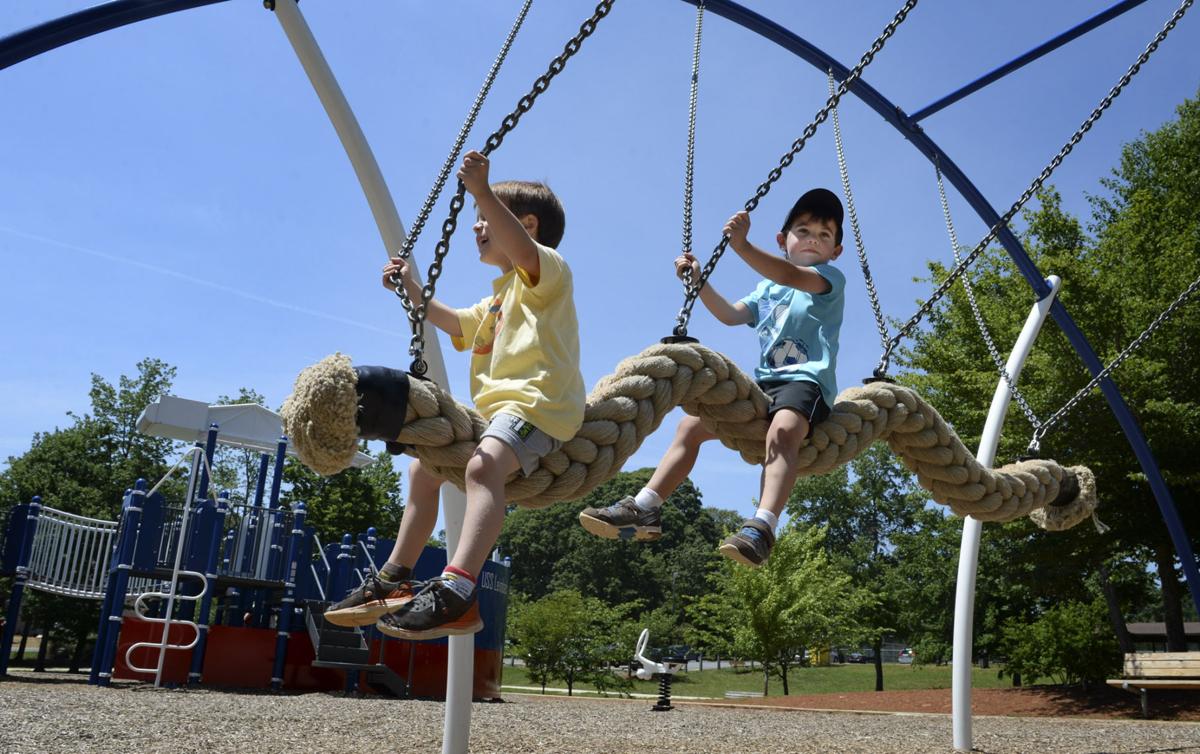 Leinbach Park, at Sally Kirk and Robinhood Roads in Winston-Salem, has a parking lot to accomodate visitors who do not live within walking distance, as a survey shows is the case with most Winston-Salem residents.

Leinbach Park, at Sally Kirk and Robinhood Roads in Winston-Salem, has a parking lot to accomodate visitors who do not live within walking distance, as a survey shows is the case with most Winston-Salem residents.

A nonprofit group says that Winston-Salem ranks near the bottom of the largest 100 cities in the country in a rating of park systems.

Winston-Salem tied with Louisville, Ky., for the 93rd spot in the first year that the Trust for Public Land has included Winston-Salem in its ratings.

Greensboro, which ranked 44th in 2015, fell to 69th place in the annual survey by the group, which bases its rankings on factors including the amount of park property, the distance people would have to walk to get to a park, and a facilities measure that includes park spending per resident.

The survey, called ParkScore, was expanded to 100 cities from 75 cities this year, hence Winston-Salem’s inclusion on the list. Winston-Salem, with an estimated population of 241,218 in 2015, is ranked 94th among the top 100 cities by population.

“Every American deserves to live within a 10-minute walk of a park, and ParkScore helps us measure which cities are meeting that mark,” Will Rogers, the president of the Trust for Public Land, said in a news release.

Charlotte, Indianapolis, Fresno, Calif., and Fort Wayne, Ind., were the only cities that ranked worse than Winston-Salem in the national survey. Charlotte, the 17th-largest city by population, tied with Indianapolis for 95th place in the rating.

The Trust for Public Land said that only 35 percent of Winston-Salem residents live within a 10-minute walk of a park. The average among all cities was 68 percent.

Winston-Salem has 4.4 percent of its area reserved for parks, the group said, which is less than half the national average of 8.9 percent.

Local officials said that Winston-Salem’s standing should rise as park system improvements approved by the voters in 2014 are put into effect.

The conversion of a quarry into parkland on the southeastern side of the city will add about 200 acres to the park system, and Jamison Park on the west side will add 37 acres. Citywide, recreation improvements totaling almost $31 million were approved by the voters.

“One of the reasons we had a bond referendum is that we lag behind the other cities in North Carolina in particular in open spaces and greenways,” said Lee Garrity, Winston-Salem’s city manager. “That is why we have all these major parks under construction right now.”

Greensboro’s fall in rank came mostly because of the inclusion of new cities in the survey. The group said 59 percent of Greensboro residents live within a 10-minute walk of a park, and that the city had 9.4 percent of its area devoted to parks.

The trust survey awards symbolic “park benches” to cities based on their results. Winston-Salem earned 1.5 benches and Greensboro earned two benches, while the top-rated cities, Minneapolis and St. Paul in Minnesota, and Washington, D.C., each earned the maximum score of five benches.

“If you live in a city with a lot of high-rises, a lot more people in a city block can walk to an urban park,” Garrity said. “We don’t have nearly as many people in that kind of high-rise, high-density development. It is growing downtown but it is not there yet.”

Nationally, the Trust for Public Land found that park spending is on the way up. Cities returning to the survey reported an average increased spending of $1 per person in 2016, the organization said.

The group said that its measure of facilities includes measuring the availability of attractions such as basketball hoops, off-leash dog parks, playgrounds and recreation and senior centers.

Minneapolis and St. Paul were in the top two last year, and Fresno climbed out of last place with the opening of several new playgrounds and a dog park.

The organization said it uses advanced geographic information system computer mapping technology to create digital maps that evaluate park accessibility, and that the accessibility measure takes into account obstacles such as major highways that might prevent people from getting to a park.

The Trust for Public Land is a group that creates parks and protects land.

Tim Grant, the director of recreation and parks for Winston-Salem, said he thinks Winston-Salem didn’t do that badly considering it edged out Charlotte and has bond projects underway.

Grant said that with bond spending and citizen enthusiasm for more parks, the city can tackle getting ahead of the other North Carolina cities on the list.

“Our goal is getting up to replace Durham and then trying to go after Raleigh,” Grant said.