Teachers from Forest Park Elementary School join in a cheer at the start of a teachers’ rally in Joel Coliseum. 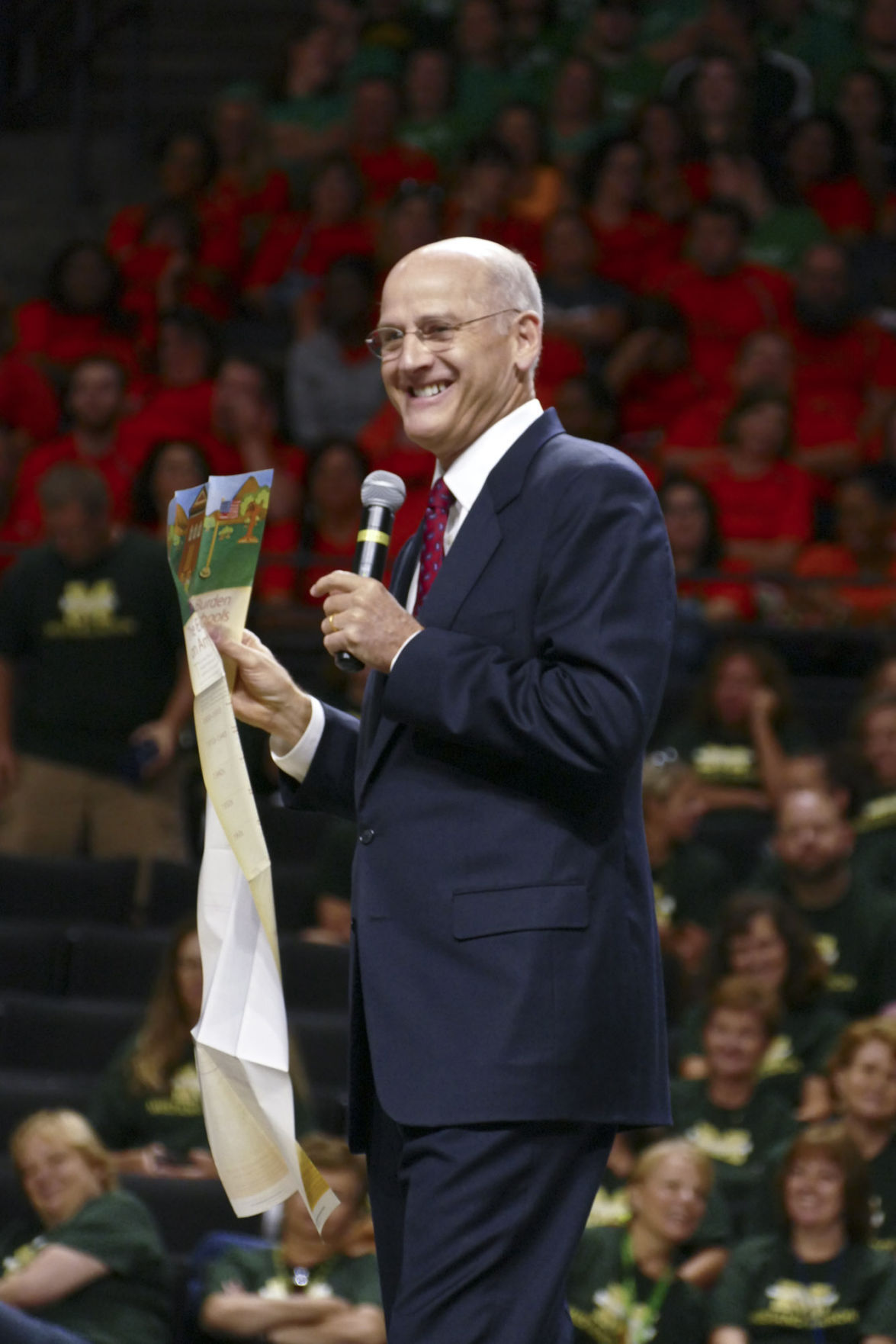 Author Jamie Vollmer holds a list of items added to tasks required of schools and teachers since 1900 at the rally. 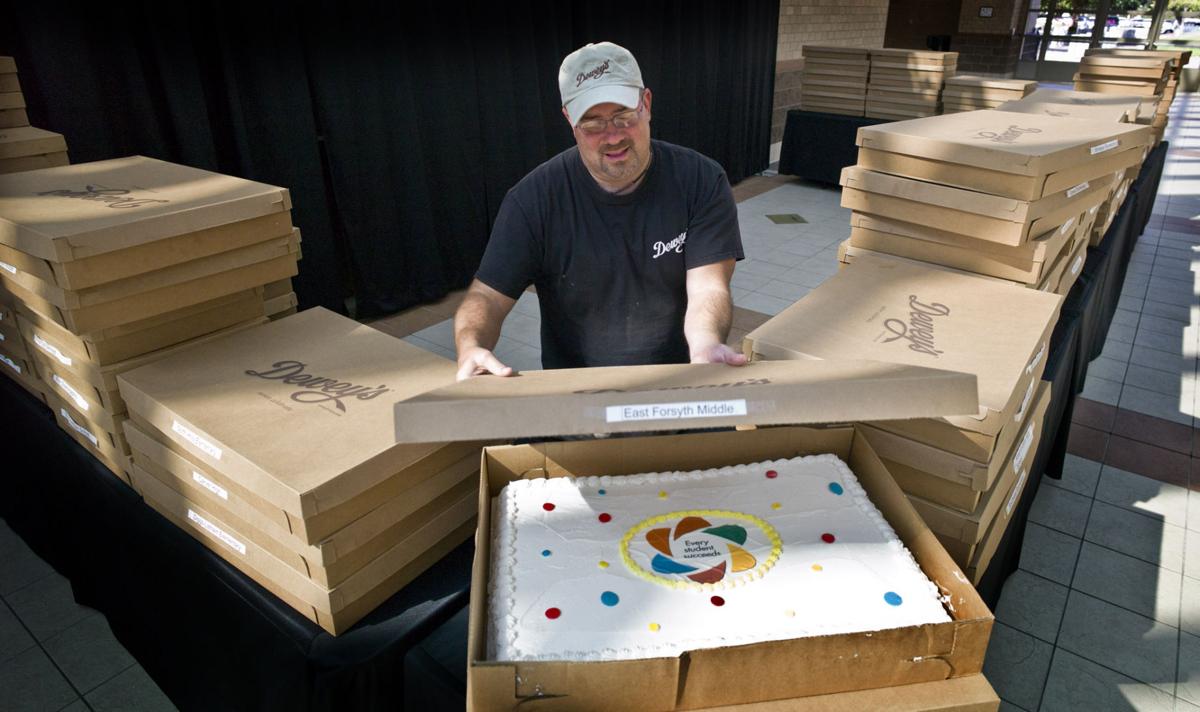 Scott Burwell lays out cakes made by Dewey’s Bakery for each of the Winston-Salem/Forsyth County schools at the teachers’ rally at Joel Coliseum.

Teachers from Forest Park Elementary School join in a cheer at the start of a teachers’ rally in Joel Coliseum.

Author Jamie Vollmer holds a list of items added to tasks required of schools and teachers since 1900 at the rally.

Scott Burwell lays out cakes made by Dewey’s Bakery for each of the Winston-Salem/Forsyth County schools at the teachers’ rally at Joel Coliseum.

Instead of scores flashing across the giant screen at Joel Coliseum, the Winston-Salem/Forsyth County Schools’ newly adopted “core values” were displayed for all to see.

Grouped together by school or department and neatly color-coded by some sort of school spirit uniform, about 6,000 teachers read aloud the words and meanings, their best projecting voices bouncing around the arena.

The lime green T-shirts of Kimberley Park in one section, Easton’s baseball tees in another. E-A-S-T placards made an appearance in the upper levels. Petree Elementary staff brought out their eagle mascot for the occasion.

“Anytime we get together as a whole, it creates some enthusiasm,” said Cindy Eubanks, fourth-grade teacher at Cash Elementary School, appreciatively.

The morning was not just a pep session. It was underpinned with the sense of urgency district officials speak of often: The need to do something more, something better for students — and quickly.

The stakes are higher than ever, as the district launches the first year of turnaround plans in 11 of its schools and the state begins the search for low-performing schools to hand over to charter operators.

“We can and we will teach every student that walks through our doors,” said Superintendent Beverly Emory. “I believe we are the urban district in America that’s poised to prove that it can and will be done.”

Such a charge does not come without challenges. To rev up the engines needed to face those head on, author Jamie Vollmer spent nearly an hour preaching to the choir, as it were, walking the crowd through his own educational experience, which led him from businessman to public school advocate.

There was a time, Vollmer said, that he believed that bad teachers were the problem with public education and that if schools were run like a business they wouldn’t be struggling to address chronic issues like low academic achievement.

As should be obvious from his invitation to speak to a crowd of several thousand teachers, Vollmer doesn’t hold that view anymore.

“I know what I know because people in your position stood up … and helped me see,” he said.

Instead, Vollmer, a former ice cream company executive, now is an advocate for public education.

He said the country is poised, for possibly the first time, to make the kind of systemic changes necessary to better educate all students.

Until such a time, though, schools will continue to work with what they’ve been given. For Forsyth County schools, that starts Monday.

Delbra Price, second grade teaching assistant with Moore Magnet School said that while excitement is high, there is still a lot left to do before they’re ready to welcome students back.

“We’re getting ready for our open house now,” she said. “It’s going to be a great beginning.”