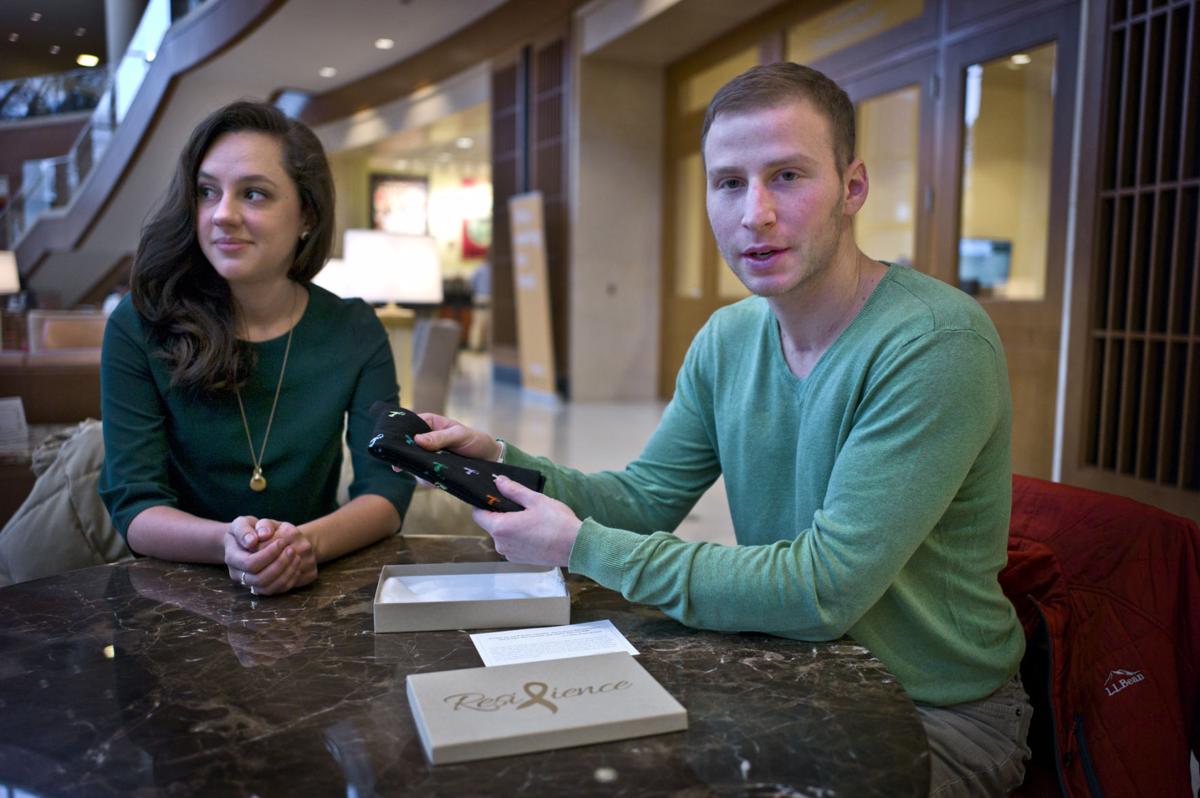 Jake Teitelbaum is a Wake Forest student who had to withdraw last year with lymphoma. He’s finishing his degree now and started a charity program where kids with cancer design socks and the profits help pay for their medical expenses. Sophia Faltin, a graduate student, is helping Teitelbaum. 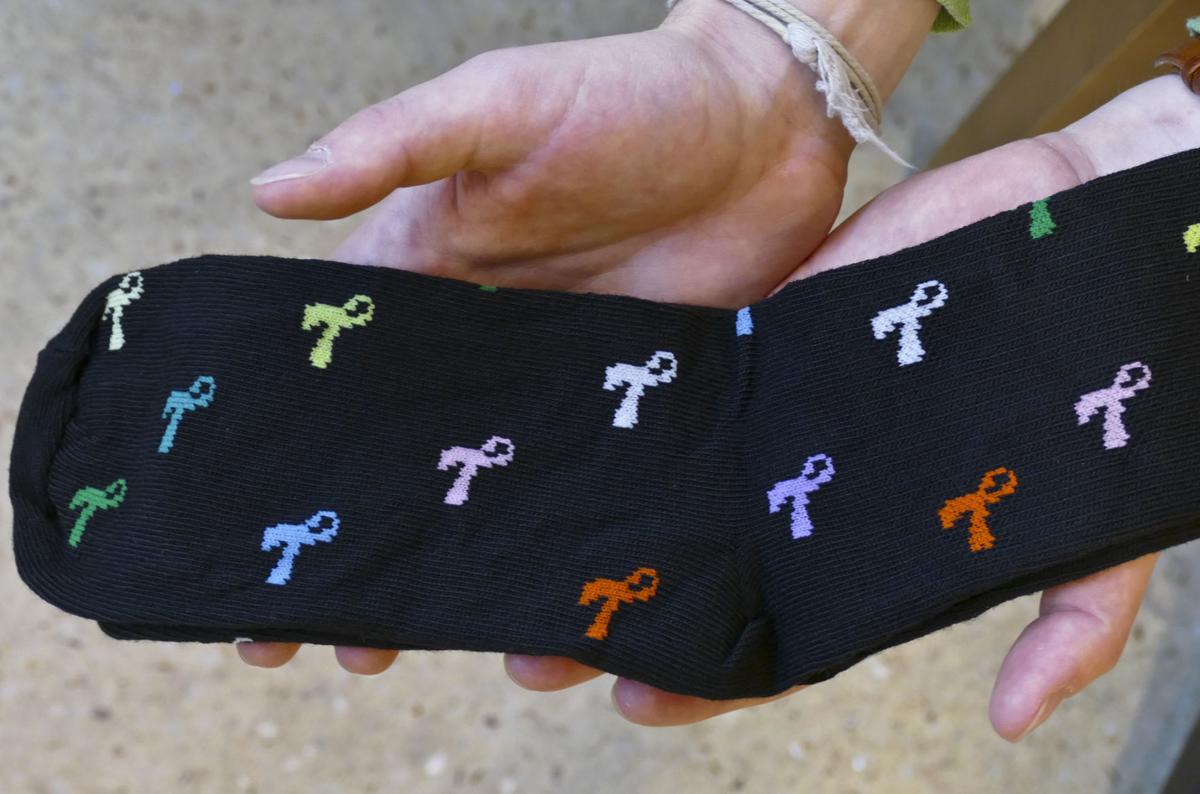 Jake Teitelbaum is a Wake Forest student who had to withdraw last year with lymphoma. He’s finishing his degree now and started a charity program where kids with cancer design socks and the profits help pay for their medical expenses. Sophia Faltin, a graduate student, is helping Teitelbaum.

Amid all the ordeals, large and small, that came from being an active college student diagnosed with cancer, Jake Teitelbaum showed his frustration in one place: the plain, white “hospital socks.” Standard-issue for all in-patient stays — the Wake Forest University student had several while battling a resistant form of Hodgkin’s lymphoma last year — the socks were everything he hated about his situation.

“Each time you get admitted, you get the welcome package, right?” Teitelbaum said, with a sarcastic chuckle. “I remember getting that welcome package and those socks standing out. They were like the epitome of what I didn’t want.”

What he didn’t want was a stem cell transplant that would require him to live in near-isolation for weeks. He didn’t want the chemotherapy that had left his body weakened and dependent on help. He didn’t want to be a college senior with cancer.

He couldn’t change those things, so he changed his socks.

“Wearing my own socks was this small act of rebellion,” Teitelbaum said. “It was me maintaining some sense of control over my experience.”

Now, in remission and back at Wake Forest to finish his degree, Teitelbaum is trying to change things for other cancer patients with a philanthropic-minded, fledgling business.

The Resilience Project launched earlier this year selling, naturally, socks. Each pair of socks benefits a kid being treated for cancer. Half the profits of every pair of their design sold goes back to the patient and their family.

To get the project off the ground, Teitelbaum reached out to a social worker at Brenner Children’s Hospital to connect with patients and their families who might be struggling to make ends meet in the face of a cancer diagnosis and who might also be wiling to share their story.

After some initial hurdles, which meant the first pair of socks were designed ahead of bringing a patient on board, Teitelbaum was introduced to Samaury Carter – a 14-year-old with non-Hodgkin’s lymphoma. With the help of a seed grant secured through Wake Forest’s Center for Innovation, Creativity and Entrepreneurship, the “Samaury Carter” socks were launched in September. Within the first month, 180 pairs were sold and more than $750 donated to the Carter family.

In the early stages of dreaming up the Resilience Project, Teitelbaum enlisted the help of fellow Wake Forest student Sophia Faltin, now a graduate student at the university, to come on board as the project’s designer. The idea was that Faltin would work with the patients to design a pair of socks that was representative of them.

Now, just in time for the holidays, the Resilience Project has unveiled a gift worth giving: the first pair of custom socks, designed by Faltin and Lilli Hicks, a 14-year-old with AML - a type of leukemia.

Blue and purple with a large owl on the side, the socks are all Lilli, said her dad, Travis Hicks.

“I could have predicted she would choose an owl,” he said. “They’ve been a constant source of support and hope for her throughout this process.

“The first night we went to emergency room two years ago, she carried a couple things with her. In addition to clothes, she took a book ... and she took a stuffed owl. She had an owl there with her all along.”

While the Wake Forest seed grant paid to produce the first pair of socks, the Resilience Project turned to crowdfunding for its second pair. The online campaign, through the website Indiegogo, has met 100 percent of its fundraising goal but will remain active through Dec. 15 and continue to take orders for both styles of socks currently offered.

Teitelbaum said the Lilli socks are already in production and everything will ship in time for pre-Christmas delivery. All told, they’ve raised about $2,400 for both families and sold about 560 pairs of socks. Both designs are made in North Carolina.

The Resilience Project is working to find its next partner patient and family. Teitelbaum said that while the business is in its infancy now, he hopes it will eventually grow to work with patients of all ages struggling with the cost of chronic illness.

Learn more about the Resilience Project on their website and see their socks, available to order through Indiegogo until Dec. 15.