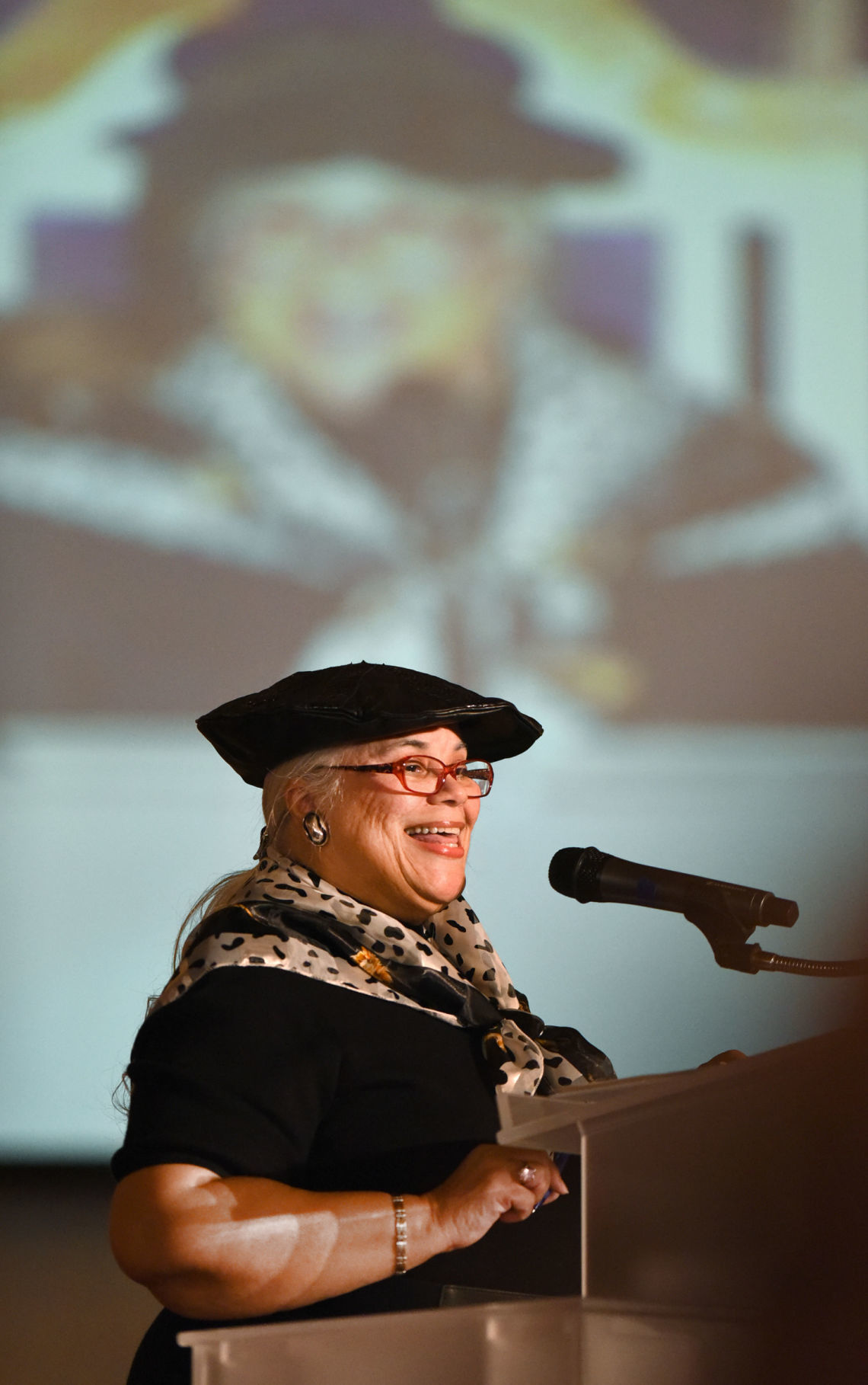 Mütter Evans, founding organizer of the MLK Noon Hour Commemoration, speaks at the annual event in 2019 at Union Baptist Church. 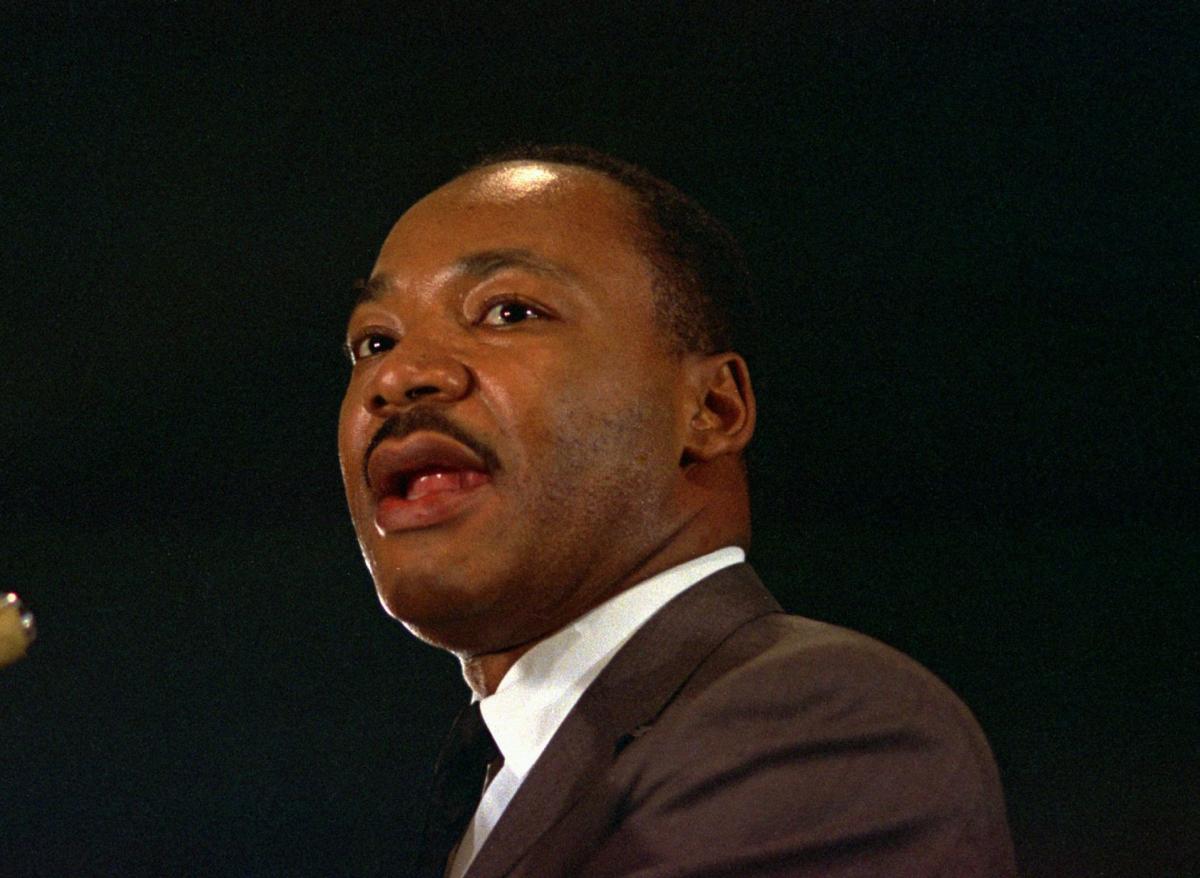 Today will mark the 40th time Mütter Evans has held the Noon Hour celebration of the Rev. Martin Luther King Jr.’s life, a milestone in a life with plenty of them.

The event, which began in 1981, predates the federal Martin Luther King Jr. Holiday by five years. Now, with its 40th running, the event will honor Evans for her years of work honoring King — even if Evans doesn’t necessarily want it that way.

“Even though I do the lion’s share, perhaps, of the work, it can’t be done without a team,” Evans said. “Celebrating 40 years means celebrating the people who are still here and maybe the people who have gone on and were early believers.”

Today’s event will be held at Union Baptist Church on North Trade Street and feature North Carolina Supreme Court Justice Cheri Beasley as the guest speaker. The event begins at noon and is free.

It was during her early time at WAAA that Evans said she started becoming proactive about making King’s birthday a holiday. Every Sunday morning the station would broadcast a portion of a King speech or sermon.

Evans, who grew up in Williamston, said she’s always been drawn to King, who was assassinated days before her 15th birthday.

“I was aware of who he was and what he was doing,” Evans said. “I was very conscious of his presence and what the movement was about.”

It was in 1981, days before King’s Jan. 15 birthday that Evans decided to hold a more formal event honoring his legacy. She asked around town about anything being done to honor King, and found there was nothing planned. What’s more, Evans said, she had grown tired of waiting for the government to honor him.

“The black population was sizable, and frankly that made me wonder why we were waiting for a bunch of white men in Congress to honor someone who essentially made all of our lives better,” Evans said.

Calling upon her contacts she had made as a radio station owner, Evans asked Virginia Newell, C.B. Houser and Jerry Drayton to speak at an event scheduled for noon on Jan. 15.

Despite being given only a few days notice, all agreed.

“I figured for people to come it wasn’t too much to ask them to sacrifice their lunch hour,” Evans said.

Originally, Evans wanted to work in television news. Her dream in life was to be the female Walter Cronkite, she said, but opted not to pursue a TV career after an internship with WGHP/Fox8 in her senior year at Wake Forest University.

“I was good at it, but I would get back to campus and folks who I didn’t know would say ‘Didn’t I see you on TV?’” Evans said. “Folks I didn’t know were invading my privacy. I didn’t like people in my space.”

Having interned with WAAA the summer before her senior year and worked at WFDD throughout college, Evans already had experience in radio. She joined WAAA full time in 1975 as the news director about one month after graduating.

Throughout her tenure at WAAA, Evans organized voter registration drives and letter-writing campaigns for various causes. While one of the core pillars of journalism is to remain objective, Evans said her first responsibility was to herself, not appearing objective.

“I’m me first, the job comes later,” Evans said. “It’s important that I’m true to Mütter and do what’s right. Mütter has morals and values.”

After enjoying a long career in radio, Evans eventually sold WAAA several years ago after the medium started fading from popularity, she said.