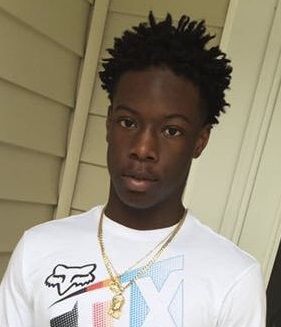 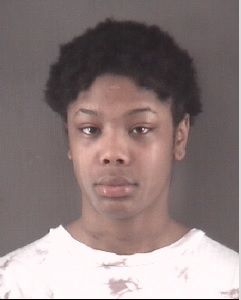 In the early-morning hours of Nov. 18, 2018, Mekayla Monique Marsh, then 16, accidentally shot her boyfriend, William Charles Simons Jr., to death.

That indisputable fact has since split two families — Simons’ parents and other family members mourning his too-soon death and Marsh, now 17, mourning the loss of her boyfriend and, according to her attorney, struggling to find a reason to live.

The grief was mixed with anger, as Simons’ family members sought on Wednesday morning for Marsh to receive some kind of punishment for her actions.

Marsh, with the right arm of her attorney, Cara Smith, draped around her and her body shaking, pleaded guilty in Forsyth Superior Court on Wednesday to one count of involuntary manslaughter.

Judge David Hall of Forsyth Superior Court gave Marsh, who had no prior criminal convictions, a suspended sentence with a minimum of one year and three months to a maximum of two years and three months in prison. She was placed on five years of supervised probation. One of the conditions for her probation is that she write a letter to Hall, explaining the tragedy of gun violence. She also has to serve 30 days in the Forsyth County Jail.

“The second amendment (of the U.S. Constitution) never contemplated a 16-year-old having a .45-caliber handgun,” Hall said before handing down the sentence. “A 16-year-old should not have a handgun.”

Simons, 16, was a student at North Forsyth High School and worked at the KFC on Liberty Street, according to his obituary. He had a brother and a sister and was a member of New Direction Movement Cathedral Church.

“You are a victim, but I don’t want to hear words like that from you,” Hall said.

Marsh and William Simons Jr. were inside an apartment in the 5000 block of Eltha Drive the night he was shot. Marsh lived there with one of her relatives. Numerous people were in the apartment, Assistant District Attorney Belinda Foster said.

Simons Jr. had brought a gun and someone in the apartment had told him to put the gun away, Foster said.

Marsh took the gun away from Simons, and according to several witnesses, she waved the gun around. The gun went off.

A bullet went through one part of Simons’ body, came out and re-entered in the left thigh, hitting the femoral artery, Foster said. The shooting happened at 3:06 a.m. Simons was taken to the hospital, where he was pronounced dead about an hour later, she said. One of Marsh’s family members left the apartment and threw the gun away, but he later told Winston-Salem police where to find it, and police were able to seize the gun.

Winston-Salem police detectives interviewed Marsh three times. She said in the first interview that the shooting was an accident, and in a later interview that Simons told her that the gun was not loaded.

In court, Penny Barr, Simons’ mother, said that, at the apartment, no one seemed to care what happened to her son.

“Everyone was more concerned about saving Mekayla and not my son,” she said.

The only place she can now see her son is at the graveyard, she said.

“She hurt a whole lot of people,” Simons’ father, William Charles Simons Sr., said. “I think her actions were reckless.”

Cara Smith, her attorney, said Marsh knows the impact of what she did. She not only lost her boyfriend but she also has to deal with the fact that she was responsible for his death, Smith said.

Soon after learning Simons had died, Marsh tried to take her own life, Smith said.

At one point, she was banging her hand on concrete and attempting to strangle herself. She was placed on a 24-hour psychiatric hold and then was admitted to the hospital. She was diagnosed with depression and post-traumatic stress disorder.

In July 2019, she was admitted again after having severe depression and thoughts of suicide, Smith said. Marsh goes to sleep wearing Simons’ jacket, she said.

Hall said that gun violence is an epidemic.

“We’re losing a generation,” he said.

So sad these young black kids are somehow getting guns and killing there friends, relatives, husbands, wives, girlfriends. My question is how did a 16 and 18 year old teen get a gun bring it to a party and not know it’s loaded, and someone gets killed. These teen killings have to stop we had 44 killings in Forsyth County in 2019 and 80% were attributed to gun violence. 🙏