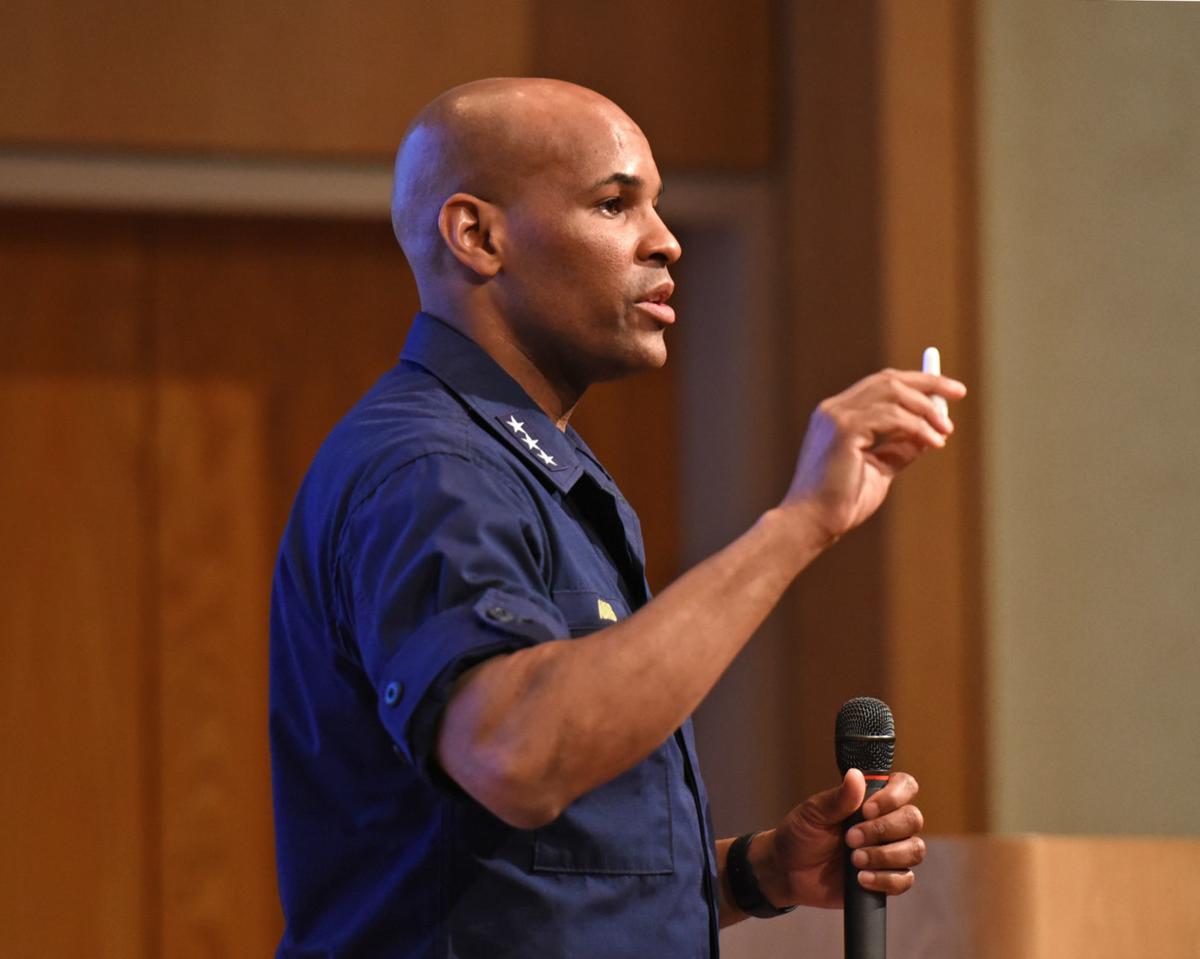 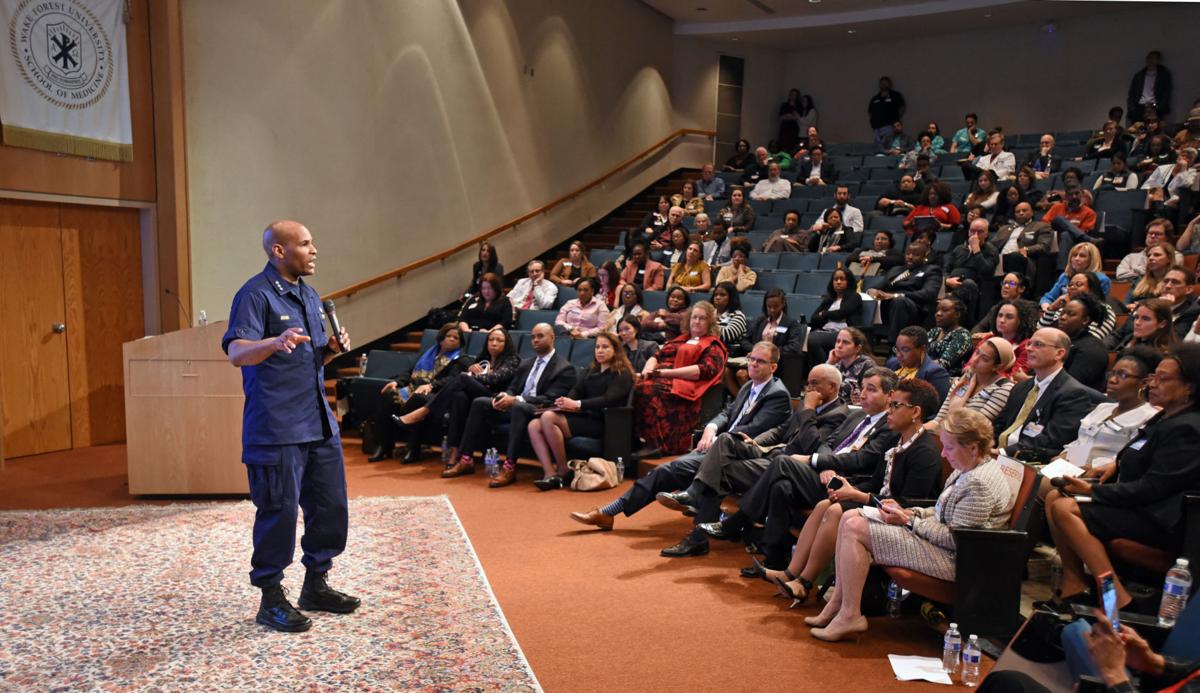 Adams emphasized the need to erase the stigma of substance-use disorder.

Adams emphasized the need to erase the stigma of substance-use disorder.

As the surgeon general of the United States talking to hundreds of health-care workers, Dr. Jerome Adams could easily have waded knee-deep into medical jargon Tuesday while speaking about the opioid epidemic during a visit to Winston-Salem.

Adams did demonstrate how easy it is to administer naloxone, the overdose-reversal drug, and the importance of increasing the number of addiction psychiatrists, but his message at Wake Forest Baptist Medical Center centered on erasing the stigma of people with substance-use disorder.

“Stigma is the biggest mental, emotional and spiritual killer,” he said. “We treat people as if they chose to be addicted to heroin. Addiction is a neuro-biological diagnosis.”

A board-certified anesthesiologist who practiced extensively in Indiana, Adams was named surgeon general in 2017, becoming the fourth black person to hold that position, and the second black male. His visit to Wake Forest Baptist was part of the medical center’s recognition of Black History Month.

As Indiana’s state health commissioner, he helped reverse an HIV outbreak in rural Scott County that was linked to injection drug use by starting a syringe-exchange program.

Among those he had to convince to try such a program was Vice President Mike Pence, then the governor of Indiana, who was morally opposed to syringe exchange.

Adams recalled how he also had to convince the Scott County sheriff that providing clean needles to drug users could stem the number of HIV cases and lead more people to treatment.

But before he could sell the idea of a syringe-exchange program, he had to listen to and acknowledge the sheriff’s concerns.

“The sheriff became our biggest advocate,” Adams said. “I can go over the science. But if there’s one thing you can take away, it’s to be a partner. When is the last time you talked to a local partner? To law enforcement? To your faith community?”

North Carolina has several syringe-exchange programs, including in Forsyth County. But much of Northwest North Carolina, with the exception of Wilkes County, does not, including Yadkin, Stokes and Surry counties.

A feeling exists in some of those counties that syringe-exchange programs enable drug users. People who advocate for such programs, including Adams, say the programs reduce dangerous infections such as HIV and hepatitis C and give drug users a point of contact with people who encourage them to seek treatment.

Adams talked about a new opioid-response guide put out by the Office of National Drug Control Policy that deals with stigma in rural communities.

“It’s important we address that by sitting down with local churches and local law enforcement and understanding where their legitimate concerns come from. That’s how we tackled the problem in Scott County, and that’s what it’s going to take across the country. It’s not going to be because the surgeon general said so,” Adams said. “We’re not just out there handing out syringes. We’re connecting people to care."