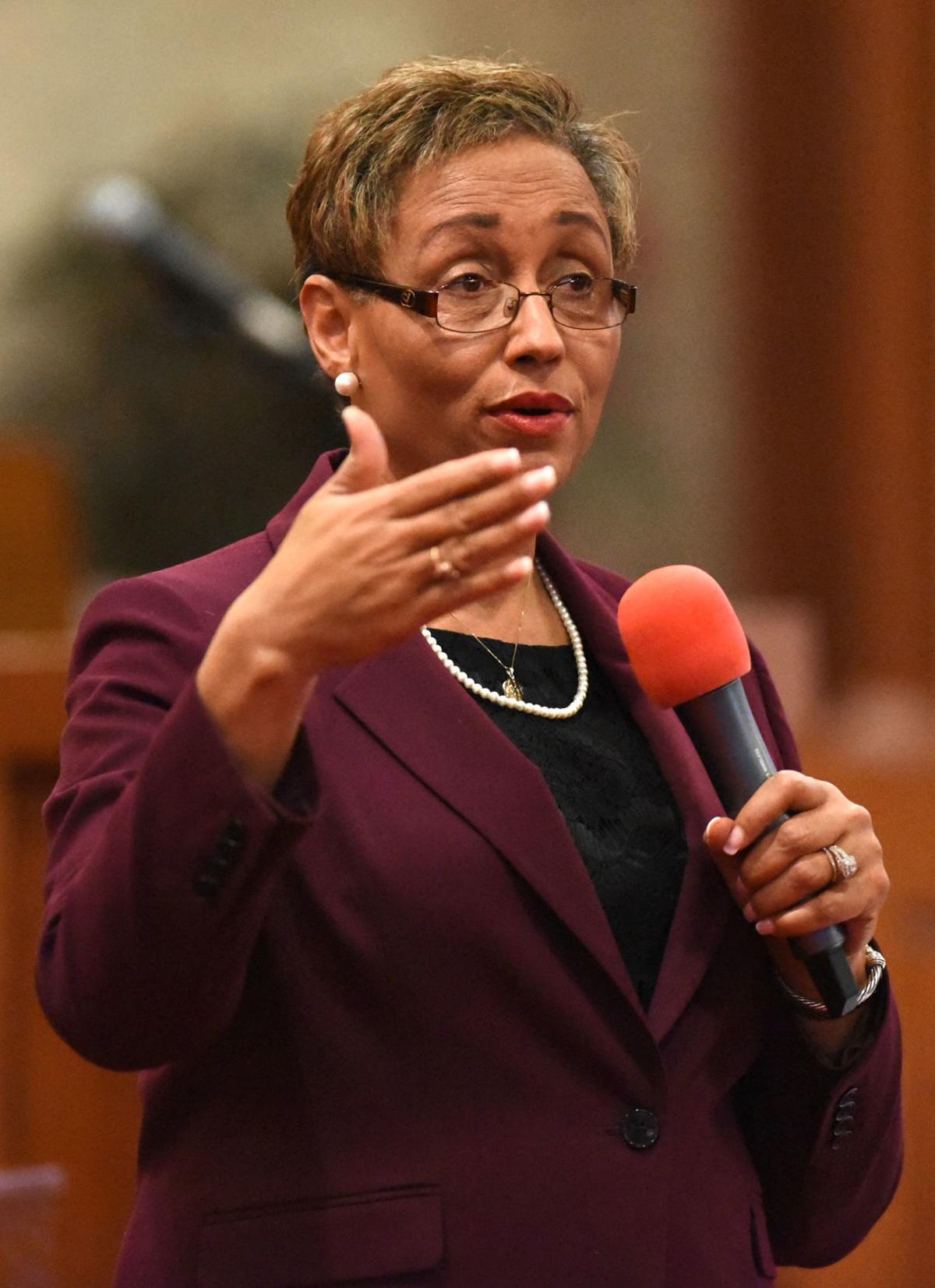 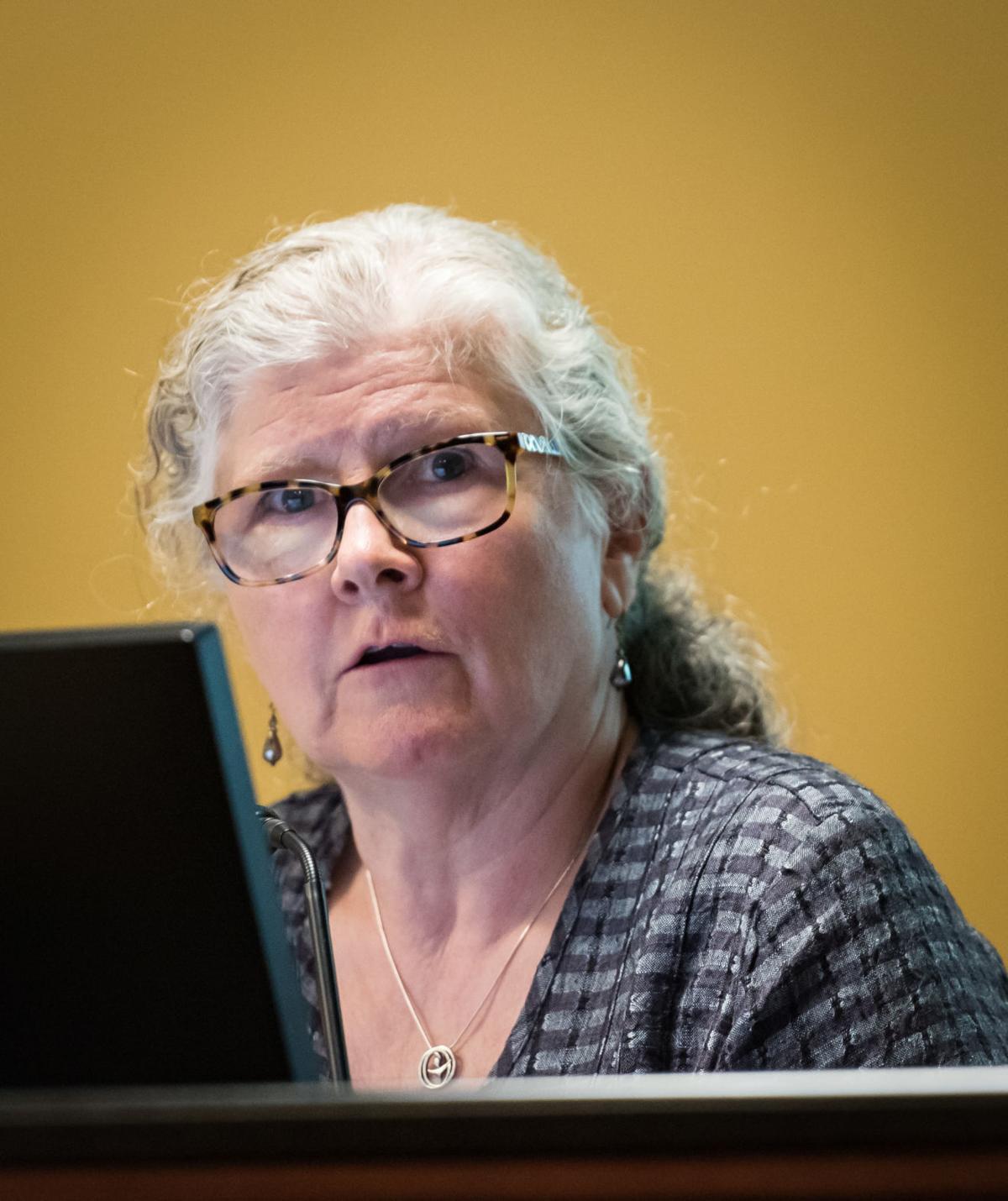 The school system in Forsyth County wants $1.6 million in local money to hire campus security associates whose duties would include preventing the criminalization of some students at a young age.

The request is part of the Winston-Salem/Forsyth County Schools proposed $616 million budget for 2020-21, of which $152 million would come from Forsyth County.

Superintendent Angela Hairston made her first budget presentation to the Forsyth County Board of Commissioners last week. The county took no action.

The school board has not voted on the proposed budget.

The $1.6 million request would be for 36 security associates and an executive director of school safety.

These associates, to be put in middle and high schools, would not replace the school resource officers currently in the schools.

The school system contracts with the Forsyth County Sheriff’s Office, the Winston-Salem Police Department and the Kernersville Police Department to provide school resource officers, more commonly known as SROs, at its schools at a cost of about $4 million.

Besides defusing conflicts, the associates would make sure campuses are secure by doing such tasks as making sure doors are locked and monitoring video cameras.

Their roles would be different than SROs, who are armed and sworn to enforce laws. Hairston said she sees the unarmed associates as being on the front line of prevention.

“We must work to ensure that middle school behavior is not always criminalized,” Hairston told commissioners. “Law enforcement officers are official police officers. They must abide by their oath and their duties and responsibilities, but we need a security person between that SRO and that administrator to build relationships to ensure our campuses are safe.”

She likened the team of security associates to a fire department’s emphasis on prevention. Without prevention, she said, firefighters would be putting out fires all the time.

“We can, down the road, request more and more police officers, but our goal is to become more prevention-minded and to reduce the number of incidents so we don’t become a police state,” Hairston said, adding she is particularly interested in reducing negative interactions between middle schoolers and law enforcement.

Of the $1.6 million request for safety, $113,319 is earmarked for the salary and benefits of an executive director for safety and emergency preparedness, a new position.

That person would oversee the security associates and work on emergency preparation, an important role in the time of COVID-19, she said.

The duties would be different than those that fall under the current security director, Jonathan Wilson, according to school system spokesman Brent Campbell. Wilson’s job involves overseeing the SRO program, traffic and school security mapping and planning, he said.

“The idea is the current security director would continue managing those roles under the larger supervision of the proposed executive director,” Campbell said.

In response to a question from Commissioner Fleming El-Amin, Hairston said she has been in touch with Sheriff Bobby Kimbrough about his department offering some training to the security associates. The idea is to form a partnership between both groups.

SROs would continue to deal with more serious issues such as someone bringing a weapon on campus.

Elisabeth Motsinger, a member of the school board, said she is in favor of the new positions.

“The whole idea of a security associate is to be a non-police presence whose focus is on the safety of the building and the people in it,” she said.

“Safety has a lot of moving parts. Wouldn’t it be great if we had a person in charge of running fire drills, monitoring tips, training staff in security measures?”

The security associate would also deal with safety measures related to COVID-19 assuming schools reopen in the fall, Motsinger said.

A security associate might need to make sure that students are adhering to whatever safety policies might be put in place such as social distancing or mask-wearing.

“One of the things that is going to be really critical, if we are going to be ‘opening up’ schools and businesses is our willingness to follow protocol to keep us all safe,” she said.

How many students will get stabbed, shot or sexually assaulted or bullied before that changes ?