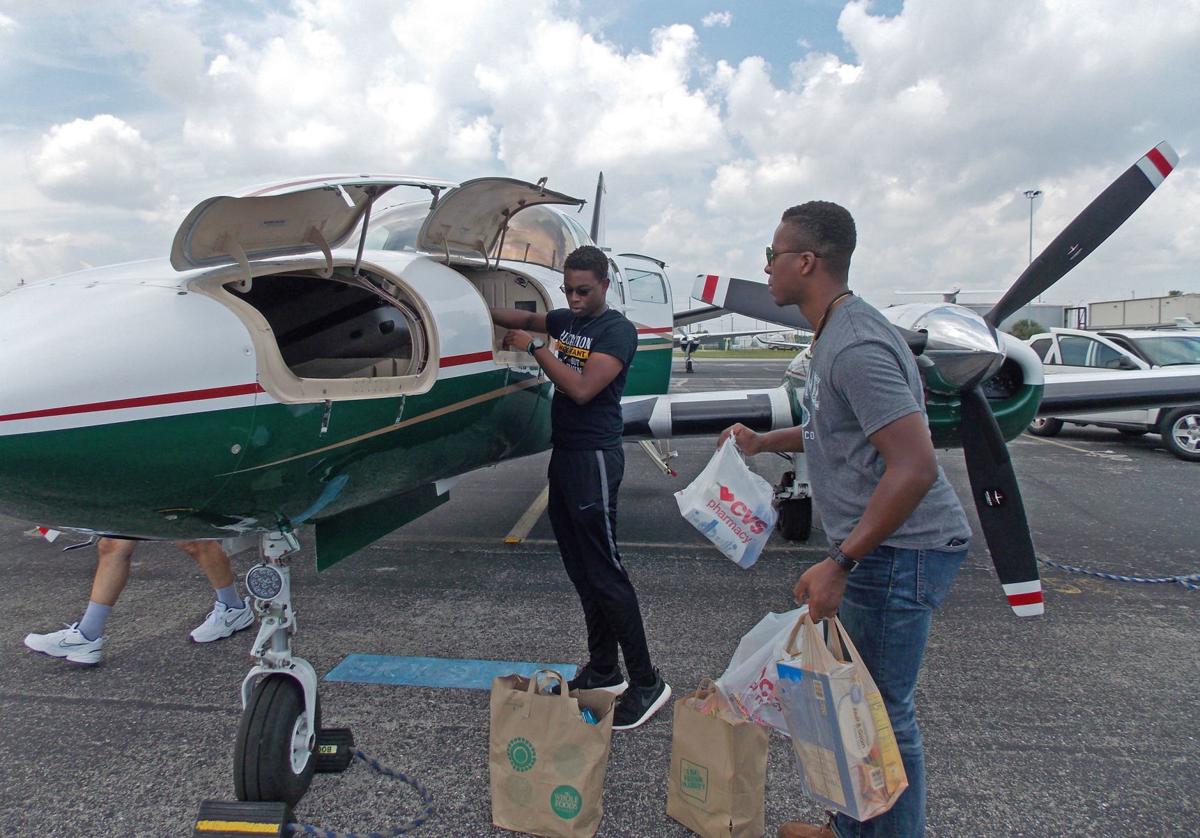 An airplane is loaded with food and water for people at Treasure Cay, Bahamas, after Hurricane Dorian. 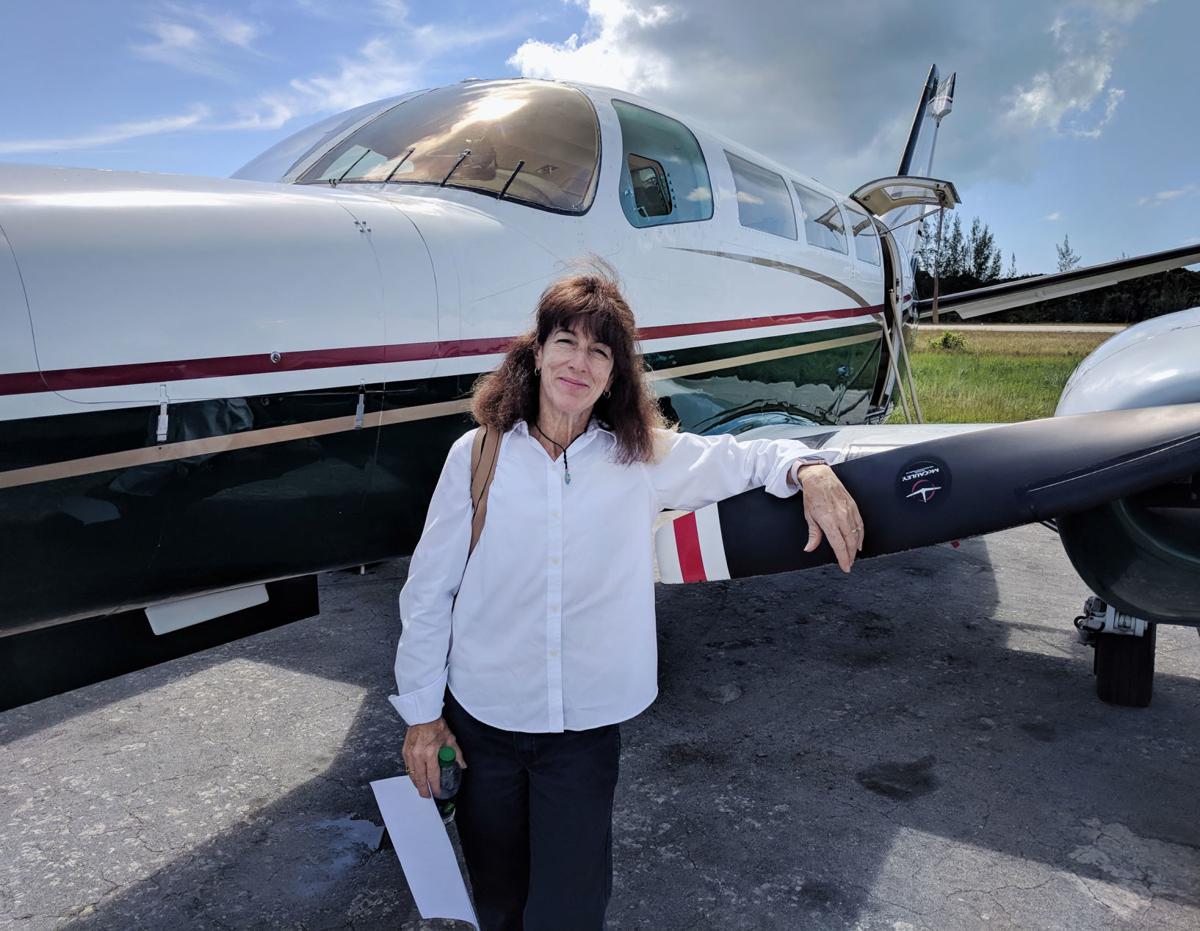 This is a 2018 photo of Valerie Lynn Booth, a 1991 Salem College graduate who is flying in supplies to stricken areas of the Bahamas 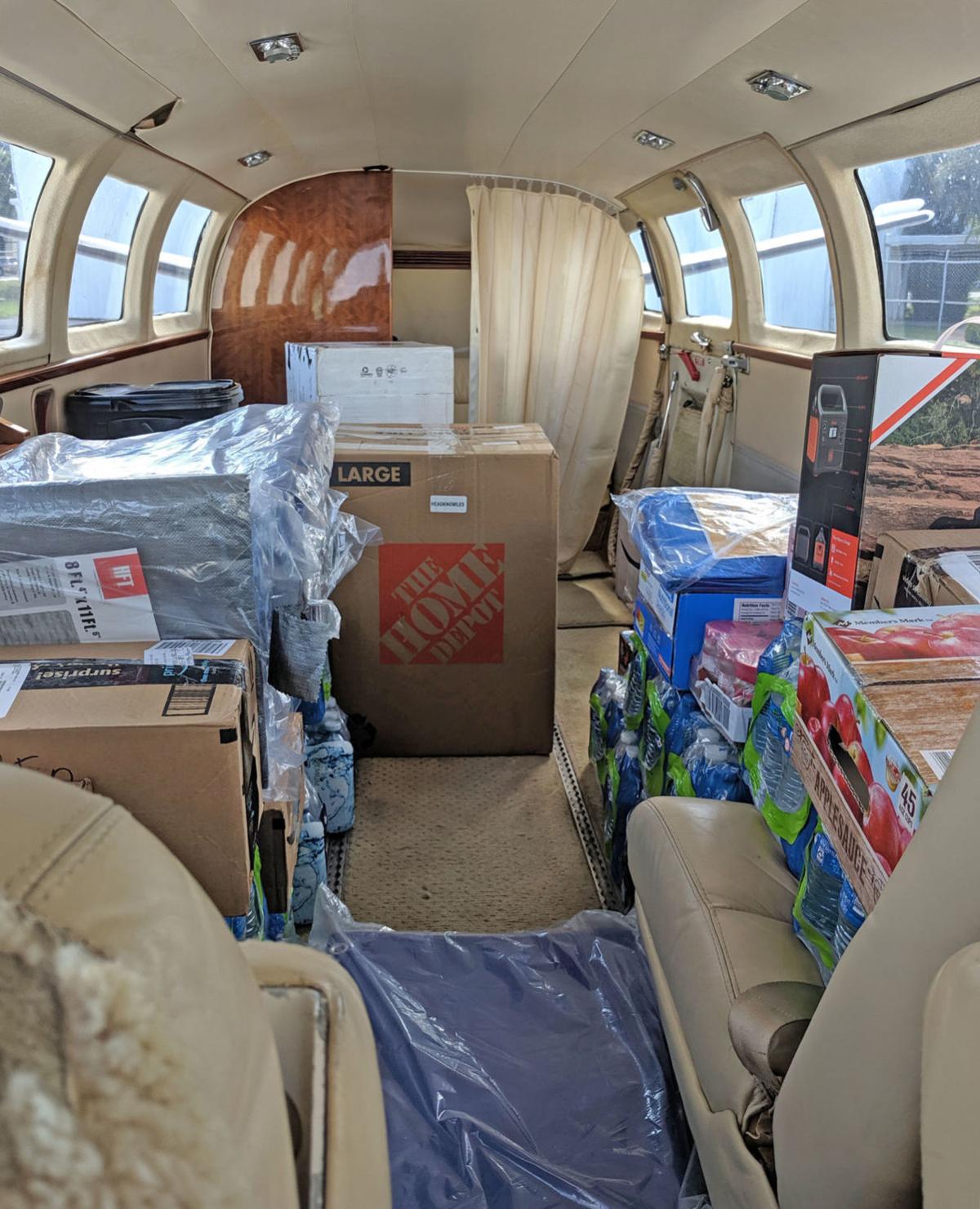 Lynn Booth’s plane is loaded with relief supplies for Moore’s Island and Treasure Cay from HeadKnowles Organization. Although it looks like there is room to carry more supplies, the airplane is just below its payload capacity. 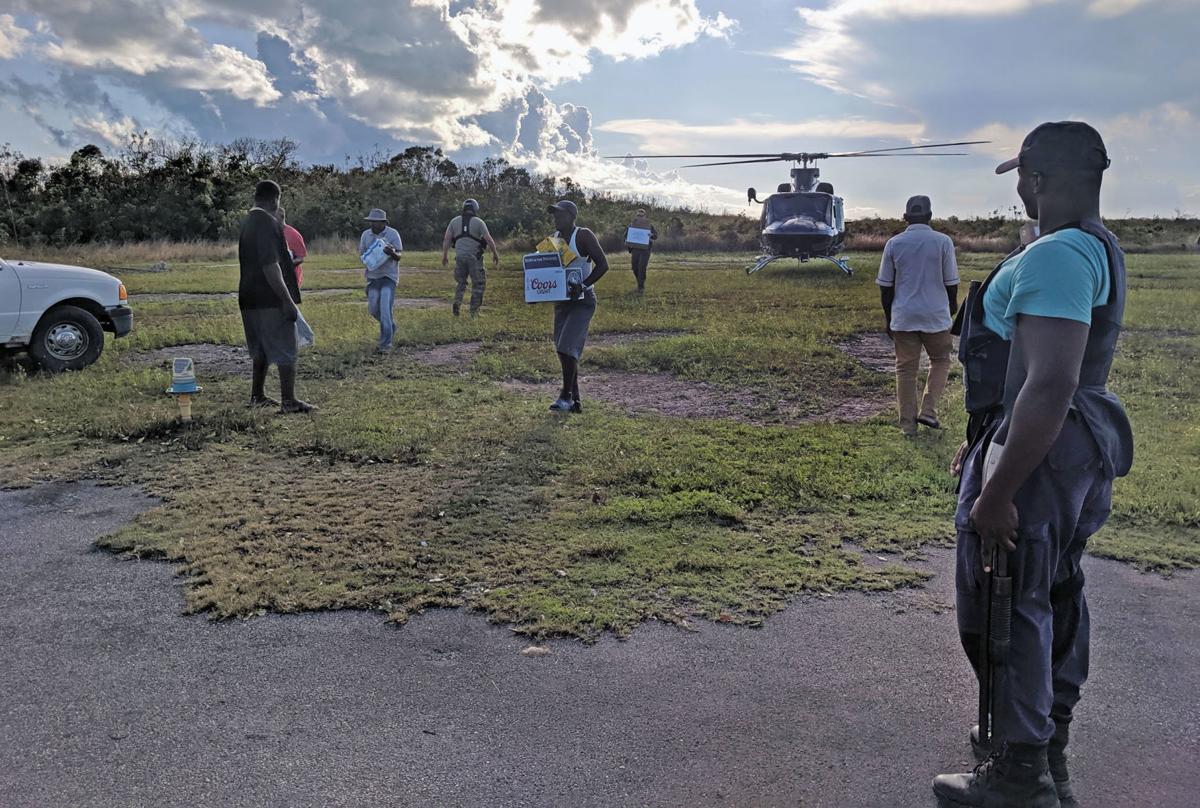 An airplane is loaded with food and water for people at Treasure Cay, Bahamas, after Hurricane Dorian.

This is a 2018 photo of Valerie Lynn Booth, a 1991 Salem College graduate who is flying in supplies to stricken areas of the Bahamas

Lynn Booth’s plane is loaded with relief supplies for Moore’s Island and Treasure Cay from HeadKnowles Organization. Although it looks like there is room to carry more supplies, the airplane is just below its payload capacity.

Valerie Lynn Booth, a pilot, flew in supplies, including large loads of water, to the small Treasure Cay airport and landed her Cessna on its only runway in the wake of Hurricane Dorian ravaging much of the Bahamas Islands two weeks ago.

“People were lined up along the runaway,” said Lynn Booth, a 1991 Salem College graduate. “Folks didn’t have water. The towns were cut off from each other by flooding for several days. And there was no food.”

Lynn Booth, who majored in biology at Salem College, said she flew in supplies of food, water and tarps last week to Moore’s Islands, which is 32 miles southwest of Marsh Harbour.

“Residents on Moore’s Island need water right now,” Lynn Booth said. “The water plane was damaged by the intrusion of saltwater from the storm. The cleanup is going to take months and months. It’s going to take a long time.”

Lynn Booth, a native of Fort Lauderdale, Fla., said she coordinated her relief work for the Bahamas through her nonprofit group, Veronica Wings Inc. of Pompano Beach, Fla.

Lynn Booth urged people to donate to the relief efforts in the Bahamas.

“You can offer your time, your equipment or you can donate your money,” Lynn-Booth said.

The storm devastated the Abaco and Grand Bahama islands in the northern part of the archipelago on Sept. 3, with winds up to 185 mph. Dorian’s punishing winds and muddy brown floodwaters destroyed or severely damaged thousands of homes, crippled hospitals and trapped people in attics.

A preliminary report estimates Dorian caused some $7 billion in damage, but the government has not yet offered any figures. Crews have started to remove some debris on the islands, but they are moving slowly to avoid accidentally disturbing any bodies lying in the rubble.

The official death toll stands at 50, and Prime Minister Hubert Minnis said he expects the number to increase.

Authorities in the Bahamas say that nearly 70,000 people remain homeless because of the storm.

About 2,500 people are listed as missing in the hurricane’s aftermath, although the government has cautioned that it still needs to check names against the rosters of people evacuated from the devastated islands or staying in shelters. The Bahamas National Emergency Management Agency lowered the number of missing people to 1,300 last week.

Dorian destroyed or severely damaged most of the homes in Abaco islands from Marsh Harbour to Treasure Cay.

On its website, Winston-Salem Sister Cities is asking people to help its sister city, Freeport, Bahamas, in its relief efforts. Nassau, Bahamas also is a sister city to the city of Winston-Salem.

David Van Pelt, the chairman of the Winston-Salem Sister Cities’ board of directors, said that hurricane survivors in Bahamas especially need T-shirts, underwear, hammers and nails, as well as food, water and other items.

“We are asking people, not only in Winston-Salem, but everywhere in North Carolina to give what they can,” Van Pelt said. “It is our time to step and help our sister cities.”

At Wake Forest University, the Pro Humanitate committee of the Alumni Council, the Alumni Engagement Office and campus partners will evaluate areas of greatest need in the aftermath of Hurricane Dorian and will conduct collection drives in the coming weeks, said Kelly McConnico, Wake Forest’s assistant vice president for alumni engagement.

“Our hope is that we would hold collection drives at local athletic events and also in Alumni Hall to collect supplies for victims of Hurricane Dorian, both in the U.S. and in the Bahamas,” McConnico said in a statement.

In North Carolina, the storm made landfall last Friday over the Outer Banks and swamped Ocracoke with floodwaters. Residents said the damage is the worst anyone alive has seen, although no deaths or serious injuries were reported.

Dorian peeled away from the coastline after hitting North Carolina and went to sea as it moved up the Eastern Seaboard.

In the Bahamas, the cleanup continues as a private company has provided electricity to residents in Freeport without any government involvement. Crews are repairing transformers in other areas.

Kimberly King Burns of Los Angeles, a 1982 Salem College graduate, said she has worked with the Bahamas nonprofit group, HeadKnowles, to coordinate the delivery of about 350 tons of food and generators to Nassau, Bahamas. In turn, those supplies were taken to the storm-stricken areas.

Most of the supplies were flown by fixed wing aircraft, cargo planes and helicopters, King Burns said.

“We had to be creative in getting supplies to areas that can’t be connected by trucks because bridges and roads have been washed away,” King Burns said. “This outpouring of relief is unprecedented in this hemisphere.”

King Burns, who grew up on Harbour Island in the Bahamas, majored in English and Art at Salem College.

Chris Cartwright of Lynchburg, Va., and a 2010 graduate of Piedmont International University in Winston-Salem, said that 13 of his relatives who live in Marsh Harbour survived the storm. Cartwright said he also has lived in Marsh Harbour.

Cartwright said that his cousin, Andrew Cartwright, called him last week and said that he had arrived in Nassau, Bahamas, after the stormed destroyed Andrew’s home.

“He was shaken, but he said he was glad to be alive and glad to be safe,” Chris Cartwright said of his cousin. “The scale of the destruction there is massive.”

The Associated Press contributed to this story.