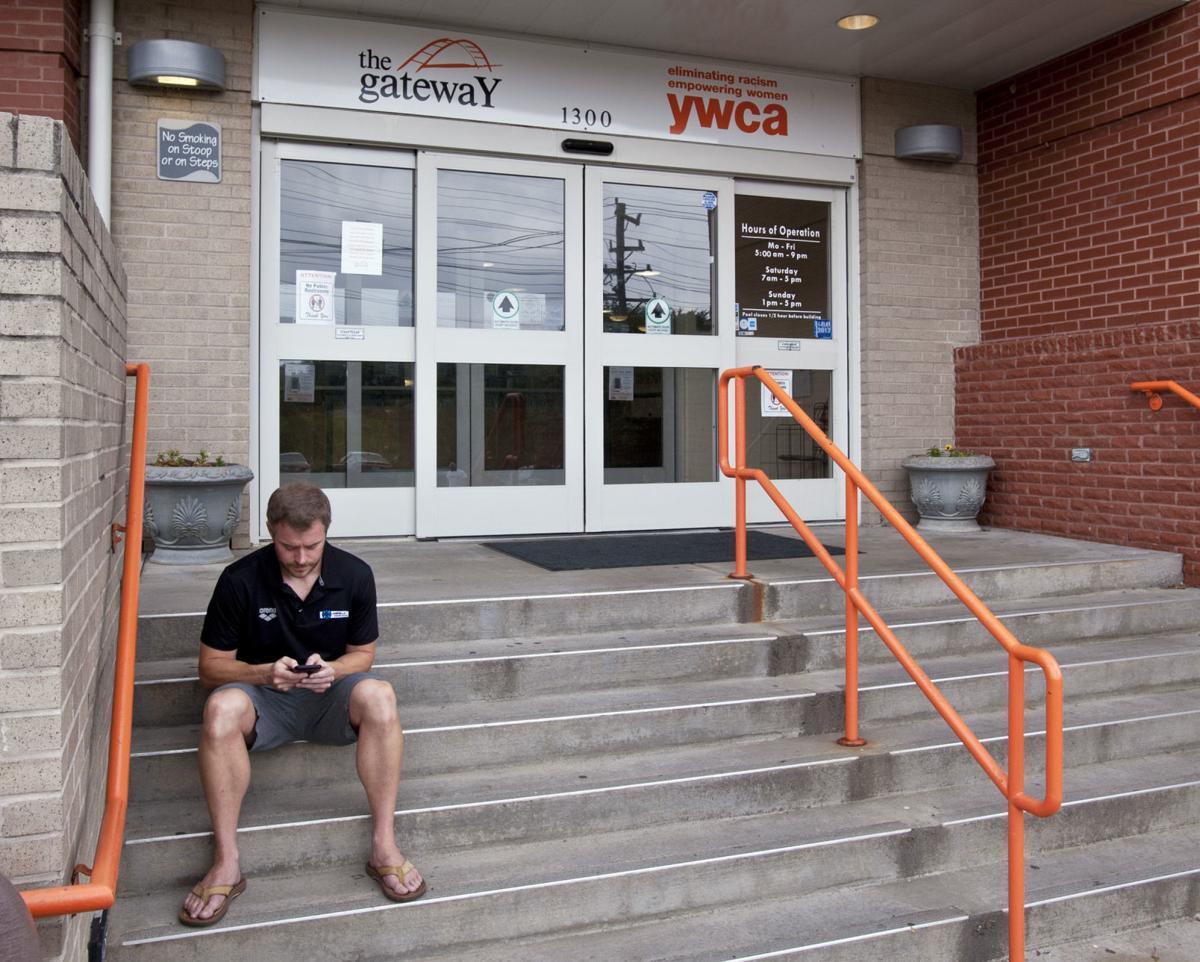 Swim coach and former Gateway YWCA member Tim Hillen was not allowed to attend a community meeting regarding the closing of the facilitiy’s aquatic center Wednesday because he is not a current member. The pool has been closed since flooding and a loss of power damaged the facility in August 2018. YWCA officials said the pool will be closed permanantly and repurposed into a fitness space. 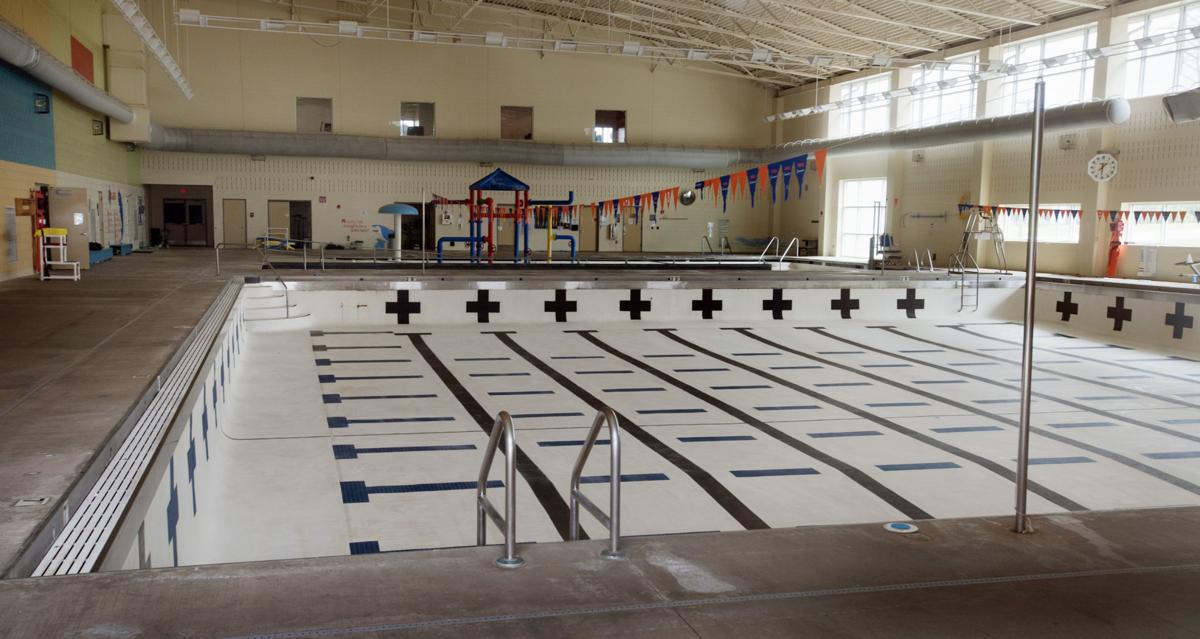 The aquatic center at the Gateway YWCA, pictured Wednesday. 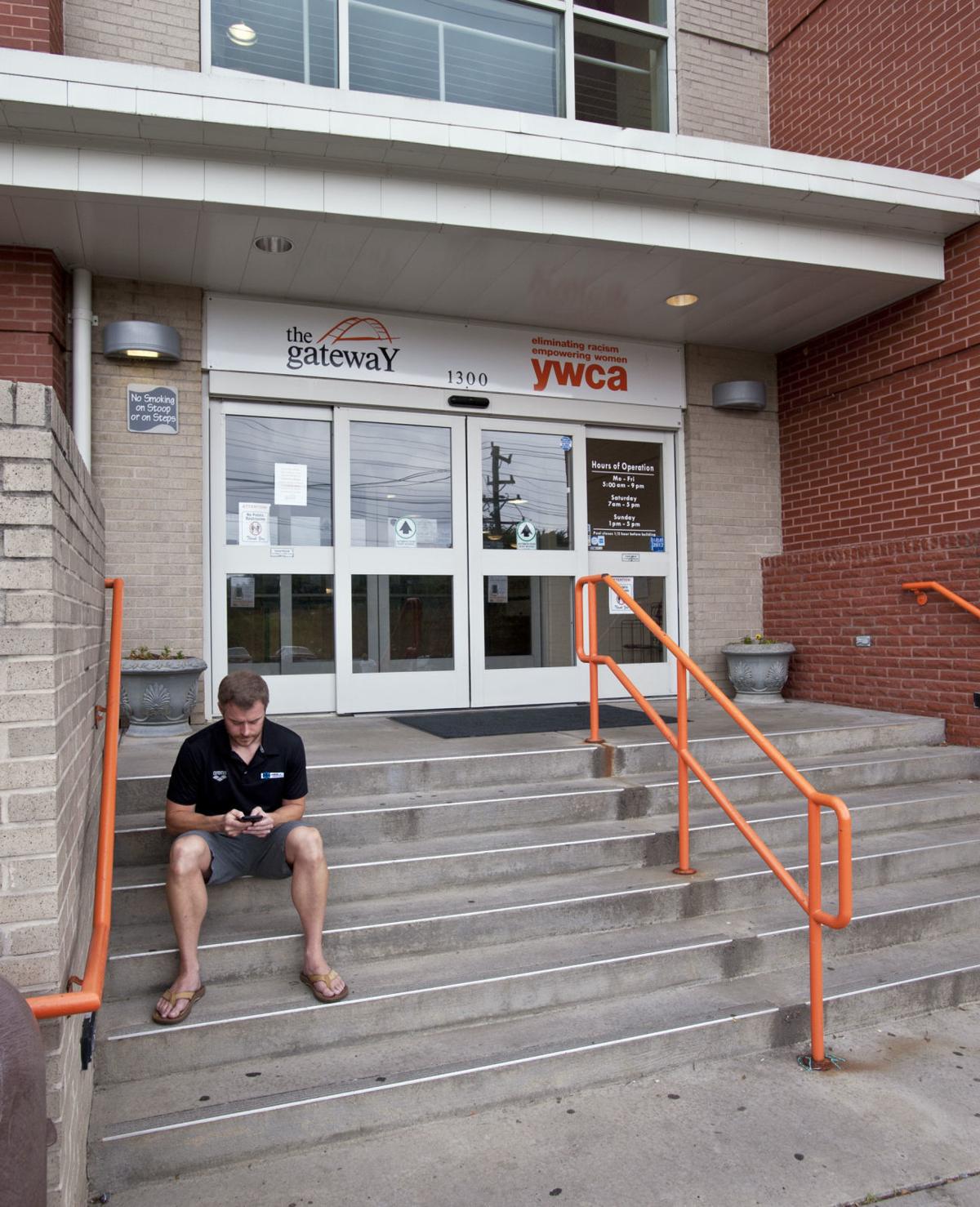 Swim coach and former Gateway YWCA member Tim Hillen was not allowed to attend a community meeting regarding the closing of the facilitiy’s aquatic center Wednesday because he is not a current member.

Swim coach and former Gateway YWCA member Tim Hillen was not allowed to attend a community meeting regarding the closing of the facilitiy’s aquatic center Wednesday because he is not a current member. The pool has been closed since flooding and a loss of power damaged the facility in August 2018. YWCA officials said the pool will be closed permanantly and repurposed into a fitness space.

The aquatic center at the Gateway YWCA, pictured Wednesday.

Swim coach and former Gateway YWCA member Tim Hillen was not allowed to attend a community meeting regarding the closing of the facilitiy’s aquatic center Wednesday because he is not a current member.

The permanent closure of the expansive Gateway YWCA aquatic center elicited frustrated, angry and disappointed reactions from members at an informational meeting Wednesday.

But YWCA officials said the closure was a financial inevitability after the pool area flooded in an August 2018 storm, causing $600,000 worth of damage to the facility.

“We wanted to give them an update at the meeting on how we arrived at this decision and show them the bigger picture,” said Greg L. Fagg, vice president of operations for the Gateway YWCA. “People are disappointed, of course. That’s one of the reasons we fought so long and hard to try to keep it open.”

Members of the public and the media were turned away and denied access to Wednesday’s meeting by YWCA personnel who said that only current YWCA members could attend.

Fagg said they closed off the meeting to give members an update since it affects them directly.

But the ripple of the pool closure extends beyond just the YWCA’s roughly 4,500 members, said Tim Hillen, a former YWCA member who cancelled his membership when the pool closed. He was barred from the meeting.

“They told me I couldn’t go in. I really wanted to be a voice,” said Hillen, a local swim coach for Enfinity Aquatic Club. “Winston-Salem produces fantastic swimmers. We used to have a really great pool, now it’s looking like we won’t.”

Last week, the YWCA announced that it could not find a partner to help foot the bill — only $190,000 of which was covered by insurance — and that the pool would not reopen.

Instead the former aquatic center, at 1300 S. Main St., will be repurposed in the coming years as additional fitness space.

As members filtered out of the YWCA following the hour-long meeting, many expressed their displeasure with the decision.

“The meeting was a total waste of time. It’s already a done deal,” said Pfafftown resident Carolyn Cook, who used to swim at the YWCA four times a week. “It was a formality and there were a lot of frustrated people.”

Winston-Salem resident Joyce Lindberg, who attended the meeting with friend Cook, said the roughly 50 people in attendance at the meeting bounced around some good ideas but were told it was too late.

“We heard ‘It’s a done deal’ several times,” said Lindberg, who has been swimming at local YWCAs since 1989. “It’s very upsetting.”

The indoor aquatic center was the largest in the county and included a 223,000-gallon competition pool, a 64,400-gallon warm water pool and a 2,300-gallon hot tub and spa, Fagg said.

It cost $362,000 each year to operate, not including unexpected maintenance and repairs.

“It was brought up at the meeting why the pool was even built, and that’s a good question,” Fagg said. “It’s probably too large of a pool for this community, but that’s in the past. It is what it is and we tried for 12 years to make it profitable and it hasn’t worked out. We’ve been losing money every year.”

Fagg said about 10 percent of the YWCA’s members use the pool. While every member is important, there has to be balance, he said.

Fagg said their annual investment in the pool has hurt their ability to further other YWCA ventures and improve the building.

“This decision was made with a lot of thought and care, it wasn’t spur of the moment,” said Marilyn Odom, vice president for youth services at the YWCA. “It’s unfortunate, but due to the fact the funding isn’t there to operate it, it’s understandable.”

After the flooding, the YWCA looked for possible partners to sponsor the aquatic center repairs and help with the operating costs but was unsuccessful.

“We exhausted all kinds of relationships with different people, hospitals, universities, swim programs, other things like that,” Fagg said. “People did their due diligence and found out it wasn’t going to be profitable for them to embark on this.”

Some who attended the meeting were disappointed that the YWCA made the decision to close the pool without adequate community input and that they ended the search for a partner to reopen the pool.

Fagg said members were kept up to date on the aquatic center progress via email since August.

“They say that they really explored all avenues. They did not,” Hillen said, as he sat outside the YWCA instead of in the meeting. “A swimming pool is very expensive to run, but even if you lose a bit of money, you gain a lot of value.”

Hillen said he was hired as a consultant by the YWCA about five years ago to assess the sustainability of the pool’s business model and advise them on how they could make money.

After a two-month review that included studying foot traffic and contracts to rent the pool, he presented the board with recommendations, he said. One of the suggestions was reaching an agreement with the YMCA, which they did.

In November 2015, an agreement went into effect that allows local YWCA members to use the facilities of all of the branches within the YMCA of Northwest North Carolina Association.

Hillen also recommended they remove the indoor waterpark structure from the kid pool and open it up to a swim school, he said, while also renting their competition pool to high school swim teams.

With the pool closing, the annual Ramblin’ Rose triathlon will no longer be held at the Gateway YWCA.

The all-female race — which includes a 225-yard swim, 8-mile bike and 2-mile run — draws a surge of swimmers leading up to the event and hundreds of competitors to the YWCA each August.

The YWCA benefited from the event financially through a direct donation made in exchange for use of the facility and volunteers to assist on race day, said Mary Toffolon with Ramblin’ Rose.

Toffolon declined to comment on the amount of compensation the YWCA received from Ramblin’ Rose.

“We have had a great working relationship with the Gateway YWCA for many years and are therefore very sad, for their sake, to hear about the facility issues that they are having,” Toffolon said. “As far as the Ramblin’ Rose event goes, we are currently in the process of securing permissions for an alternate venue.”

Last year, organizers were forced to convert the traditional race into a biathlon with cycling and running after the unforeseen flooding.

Toffolon said a new location will be announced in the next two to three weeks for the Aug. 18 triathlon.

“This was the best place to swim with different pools at different temperatures,” said Laura Cox, who swam at the YWCA five times a week and now drives to Greensboro, Kernersville and Clemmons to swim. “For me it’s inconvenient, but for those in surrounding underserved communities it’s devastating.”

Another meeting will be held at 11 a.m. Tuesday for members only, Fagg said, in the multipurpose room of the YWCA to share information on the pool closure and address questions from those in attendance.

“I think it’s a travesty. They need to try harder,” said member Jeanne Szabo. “This is a huge loss to the community.”