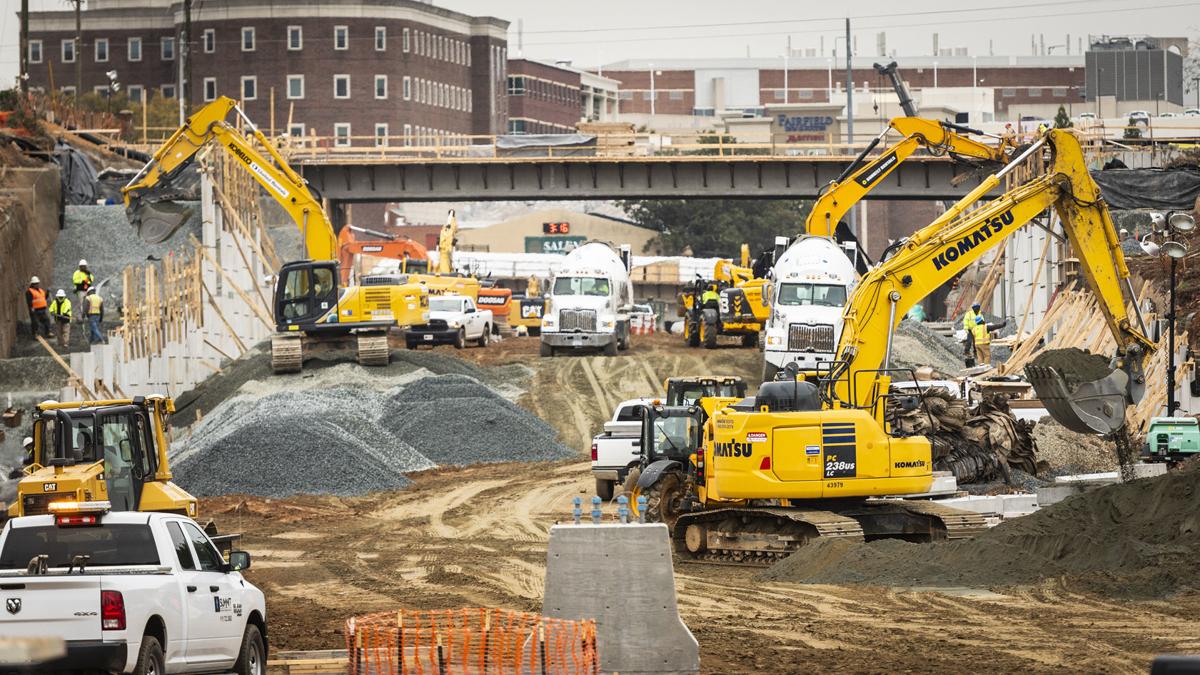 Work continues on Business 40 on Thursday in Winston-Salem. 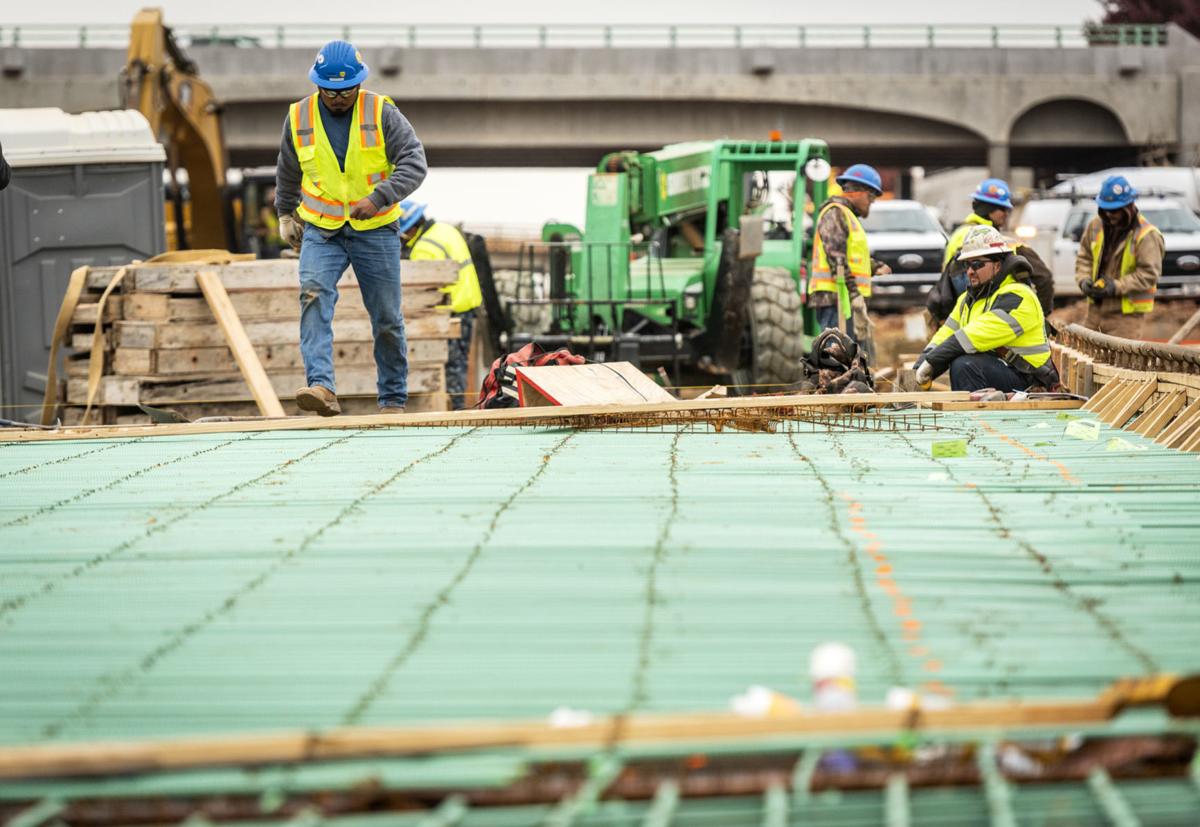 Workers secure rebar on the Business 40 bridge over Brookstown Avenue as they prepare to pour concrete on Thursday.

Work continues on Business 40 on Thursday in Winston-Salem.

Workers secure rebar on the Business 40 bridge over Brookstown Avenue as they prepare to pour concrete on Thursday.

Contractors working on the Business 40 renovation in downtown Winston-Salem can maximize their incentives by getting the freeway open to traffic by Dec. 31, a state highway engineer said Thursday.

Business 40 has been closed downtown since Nov. 17, 2018, for a $100-million renovation that will give the downtown freeway longer merging and exit ramps, higher bridge clearances and, possibly, a 55-mph speed limit.

Flatiron Constructors Inc. and Blythe Development Co. are the main contractors on the project, along with HDR Engineering Inc.

Ivey said all the timelines depend on the weather cooperating, but noted the cold weather the city is experiencing is not helping any plans to beat the Dec. 31 date for a maximum contractor payday.

"This is mid-November," Ivey said. "I believe the chances have diminished significantly because of the weather."

Workers can't pave with asphalt when it is as cold as it has been in recent days, Ivey said.

If the contractors don't have the cars moving by Dec. 31, there's no single magic date after that, Ivey said, since the incentives "decrease the longer they go."

While not willing to promise a date should roadwork go into the new year, Ivey sounded optimistic that people won't have that long to wait.

"A lot depends on how much is done over the next six to eight weeks," Ivey said. "We certainly want it open sooner rather than later. Certainly they (the contractors) would like to get it done if not at the end of the year, than immediately after the start of the year."

Originally planned as a two-year closure, highway officials have worked with the contractors since the contract was awarded to dramatically shorten the time frame.

Then, Mayor Allen Joines got a buzz stirring last February when he said during a television interview that Business 40 could open by Christmas this year.

Highway officials responded by saying Joines was looking at a very-best-case scenario.

Ivey suggested Thursday that the very best case has slipped some, although he's not ruling anything out.

"Based on the weather, we don't know how good the chances are" to get traffic moving on the new road by the end of the year, Ivey said. "The big concern right now is the asphalt work."

How much easier will your life be with a completed Business 40?