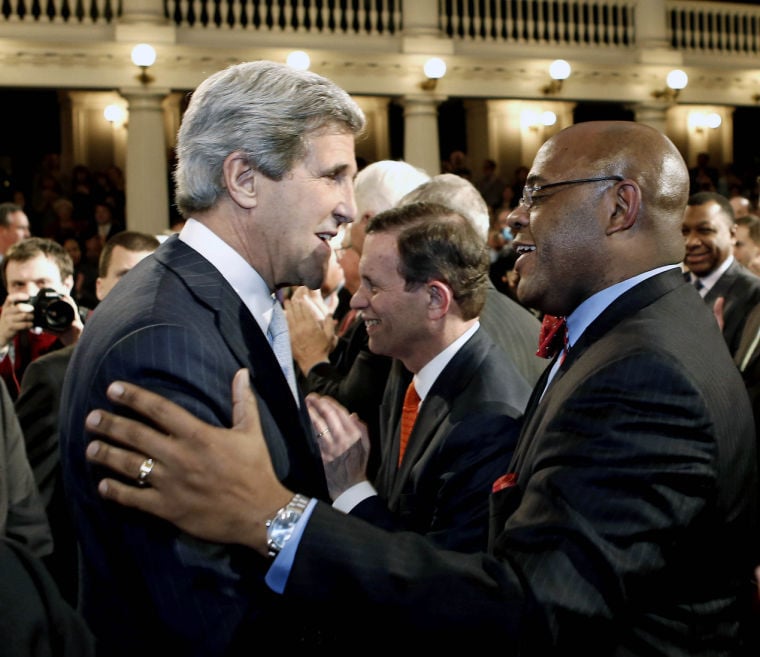 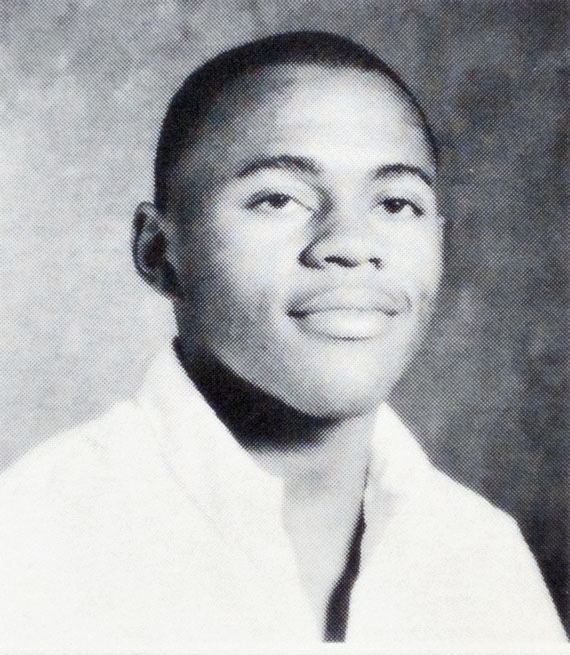 1986 Forbush High School junior class photo of Maurice Cowan who was just named as a U.S. Senator in Massachusetts.

1986 Forbush High School junior class photo of Maurice Cowan who was just named as a U.S. Senator in Massachusetts.

William “Mo” Cowan has “rich and positive” memories of growing up in southern Yadkinville and attending Forbush High School in East Bend, and he also remembers seeing Ku Klux Klan members passing out literature and marching at his school over an interracial couple dating.

“I hope those recollections don’t cast a shadow on Yadkin County,” Cowan said.

Massachusetts Gov. Deval Patrick appointed Cowan Wednesday as interim U.S. senator, filling the vacant seat left by Sen. John Kerry, who was confirmed Thursday as Secretary of State in the Obama administration. Cowan, a lawyer, had served as Patrick’s chief of staff. He becomes the second African-American in the current U.S. Senate.

Cowan will serve in the U.S. Senate until a special election for the position is held June 25 in Massachusetts. Cowan said he doesn’t plan to run for the seat.

Cowan, 43, remembers riding a school bus in a Yadkinville neighborhood in the 1970s when he saw a large wooden cross with three or four Ks written on top of it, he said in a telephone interview Friday from the governor’s office in Boston. At the time, Cowan was a student at Courtney Elementary School, which has students in kinder-garten through eighth grade.

He also remembers seeing Ku Klux Klan members passing out literature on Main Street as he was riding with his mother in their car. “They were doing it in a peaceful fashion, and it was their right to do it,” Cowan said.

When he attended Forbush High School in East Bend in the 1980s, the Klan marched on the school and at-tempted to burn a cross there in its protest against an interracial couple at Forbush, Cowan said. A black boy was dating a white girl. Cowan said he knew the boy, but not the girl.

He stressed that those memories are part of a wide range of his experiences growing up Yadkinville, which is 25 miles west of Winston-Salem.

“My memories of growing up in Yadkin County are rich and positive,” Cowan said. “It is the place from where I sprang, and it will always have a soft spot in my heart.”

Most Yadkin residents are “warm people who have a sense of pride in their family, their history and their roots,” Cowan said. “I learned about honesty, trustworthiness, friends and faith.”

Cowan and his family lived in a home on Courtney-Huntsville Road in southern Yadkinville. He is the son of a machinist and a seamstress. His father died when he was 16. Cowan graduated from Forbush High School in 1987.

His family attended Tabernacle United Church of Christ on Courtney Huntsville Road, where his mother is a lifelong member, Cowan said.

His Southern accent is hardly detectable, but he said it comes out when he talks with his family and friends from Yadkin County and North Carolina. Cowan said he and his family often drove to Winston-Salem to shop at Hanes Mall and businesses on Peters Creek Parkway.

Cowan said he visited Yadkinville last year when his mother, Cynthia Cowan, had knee-replacement surgery in the spring. She is recovering at their family home.

During his visit, he noticed that the town had changed. At the site of Yadkin County Park, the Yadkin Family YMCA and a recreation center are nearby -- new amenities added since he moved away. Yadkinville has gained more businesses and new neighborhoods since he lived there, Cowan said.

“One thing that hasn’t changed is the people,” he said. “They are very friendly and cordial, but most of them didn’t remember me.”

Yadkin County is known for its rolling farmlands whose northern and eastern boundaries are formed by the Yadkin River. Yadkinville is the county seat.

His colleagues in Boston and his former teachers in Yadkin County praised Cowan for his achievement and his hard work as a student and a lawyer.

“Mo personifies the dignity, intelligence and calm judgment that we hope are qualities of all members of the U.S. Senate,” Massachusetts state Rep. Dan Winslow said in a statement.

Cowan graduated from Duke University with a bachelor’s degree in 1991. He received a law degree from the Northeastern University School of Law in Boston in 1994. While in law school, he worked as an intern with the N.C. Prisoners Legal Services in Raleigh.

“I knew Mo would do great things, but I didn’t think he would be in the U.S. Senate,” Williams said.

In 1997, Cowan joined the law firm of Mintz Levin in Boston. He left that firm in 2009 to work as Patrick’s legal counsel for two years and then as chief of staff from January 2011 to November 2012.

Cowan lives in the Boston suburb of Stroughton, Mass., with his wife, Stacy, and their two sons. As a senator, Cowan may cast votes on gun-control and immigration reform bills.

Cowan said he will support renewing the nationwide ban on assault weapons, and he said President Barack Obama’s other gun-restriction proposals are the right approach.

Cowan said he will study the immigration-reform package when he gets to Washington, D.C., and he agrees with the speech Obama delivered earlier this week in Las Vegas.

“We are a nation of immigrants, and it’s time to address those issues,” Cowan said.

After he arrives at the Capitol, he plans to attend at least one of Democratic U.S. Sen. Kay Hagan’s Carolina coffees that are held each week for North Carolinians visiting Washington. Visitors meet with Hagan and her staff.