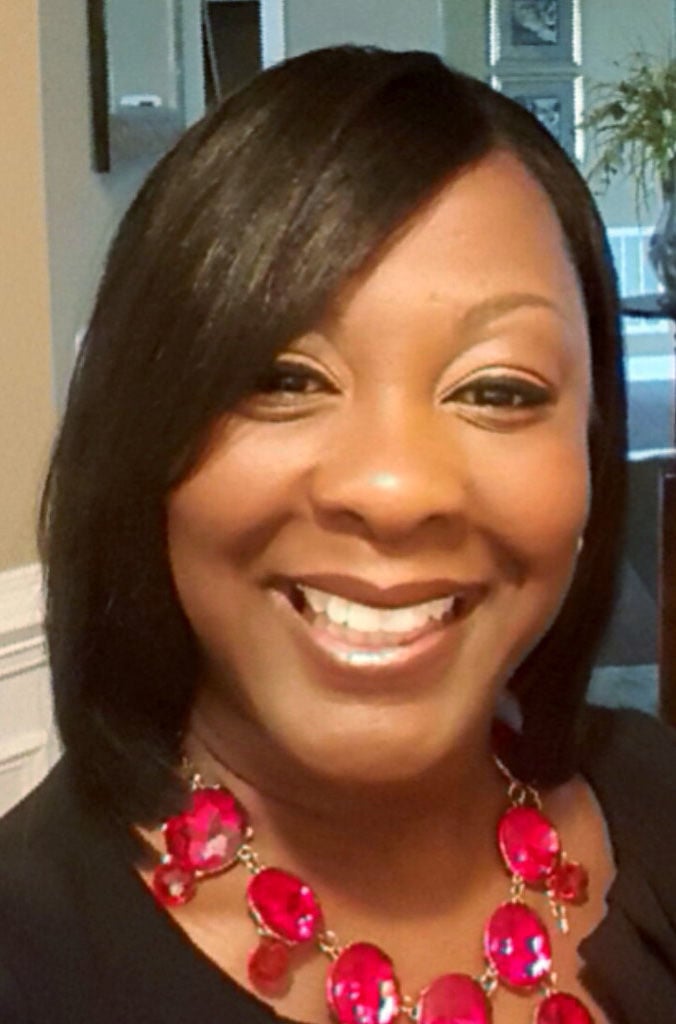 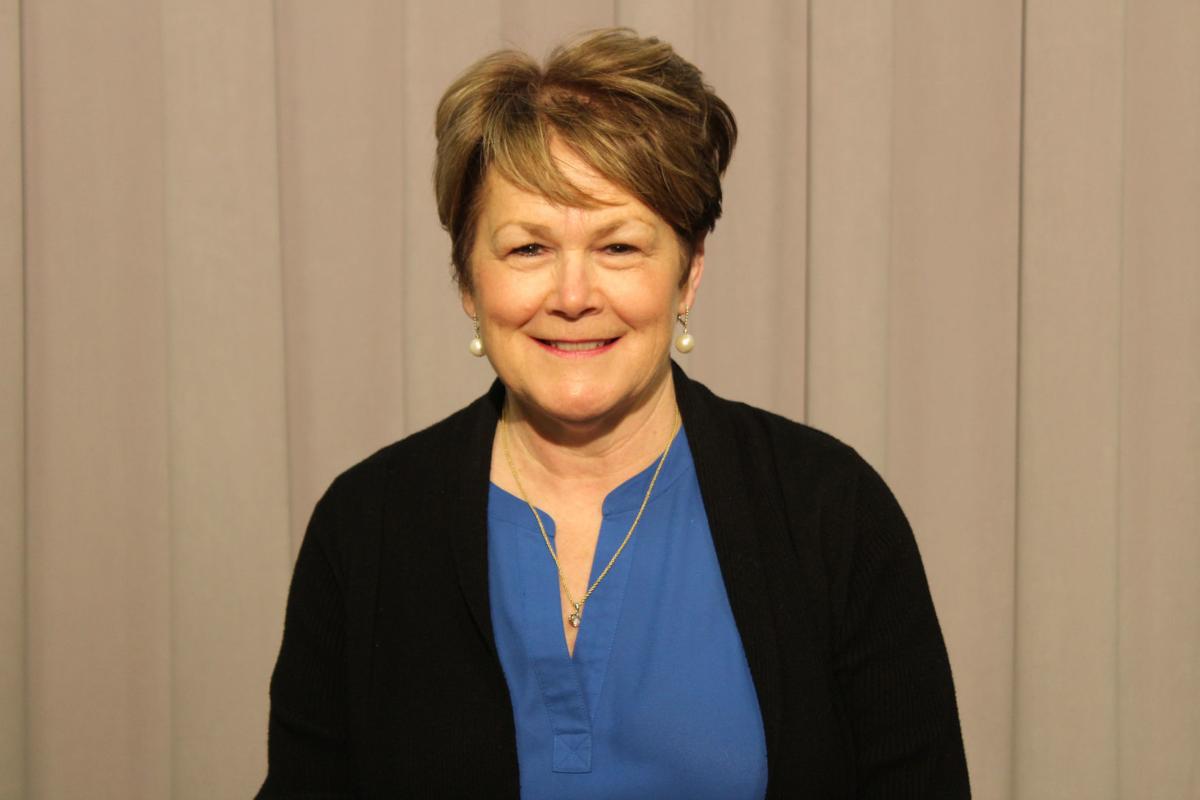 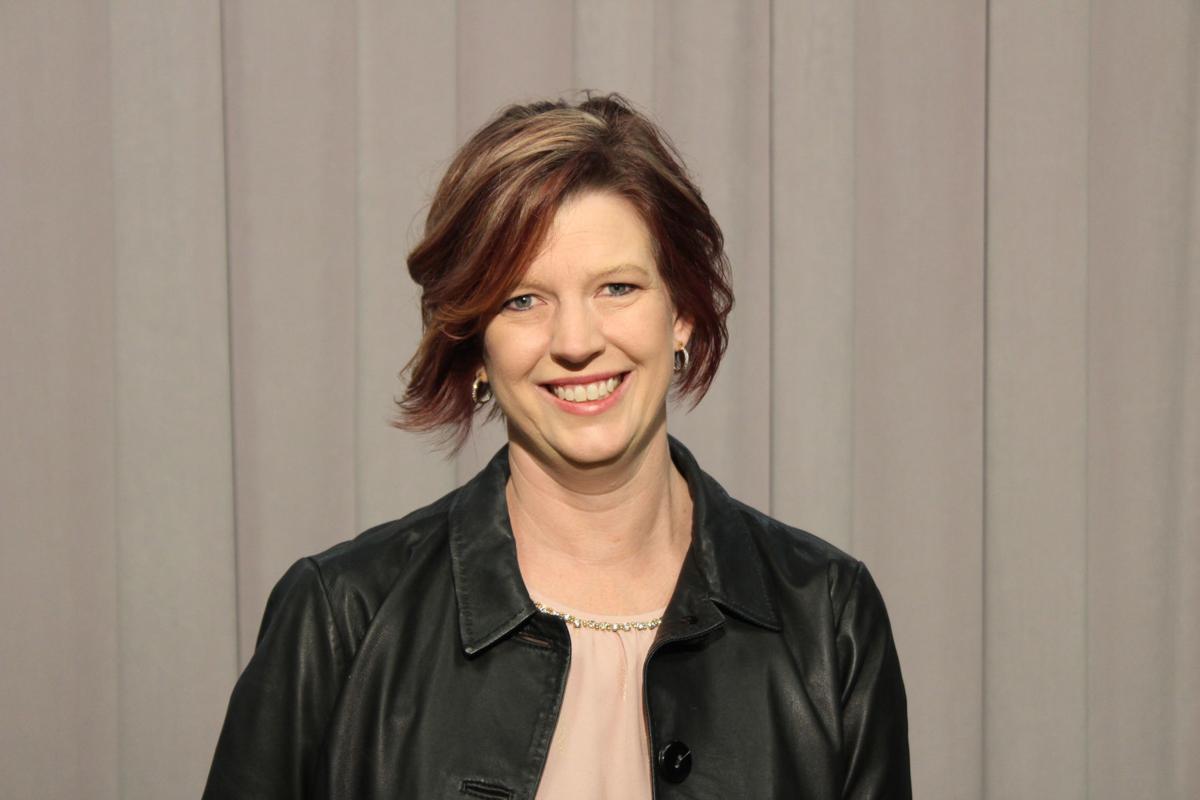 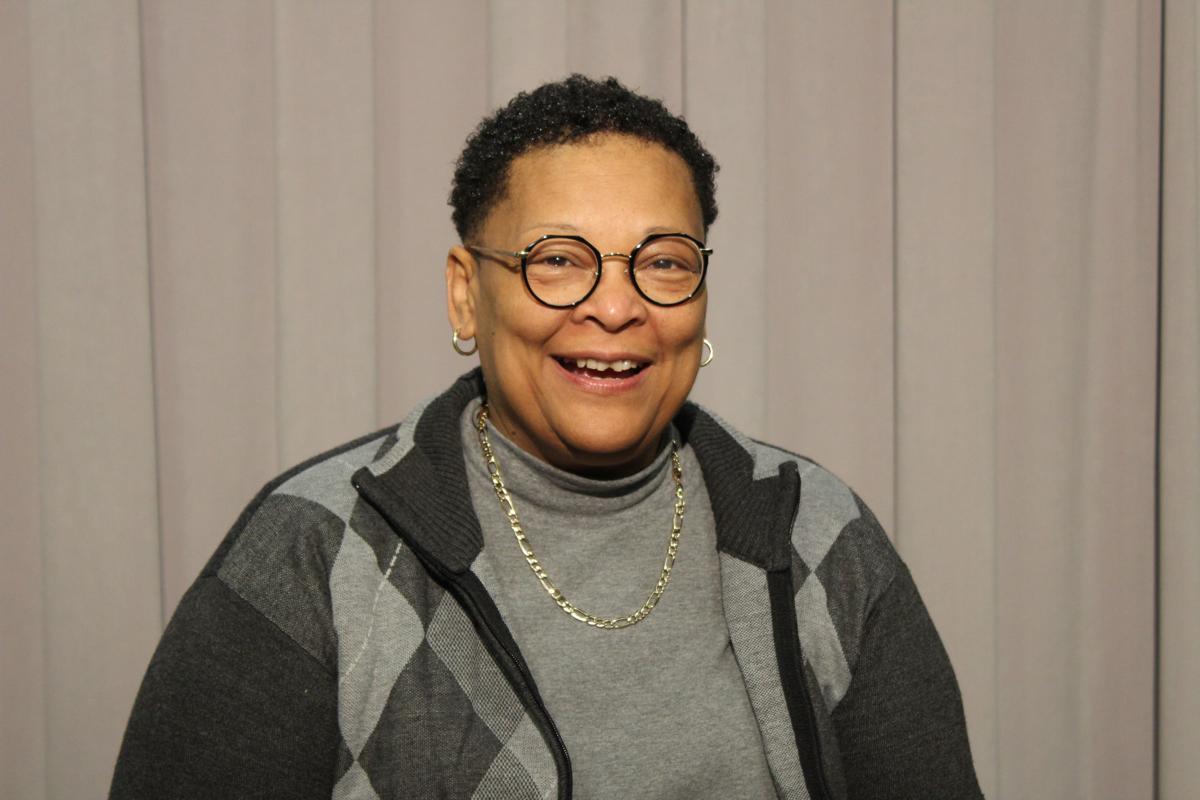 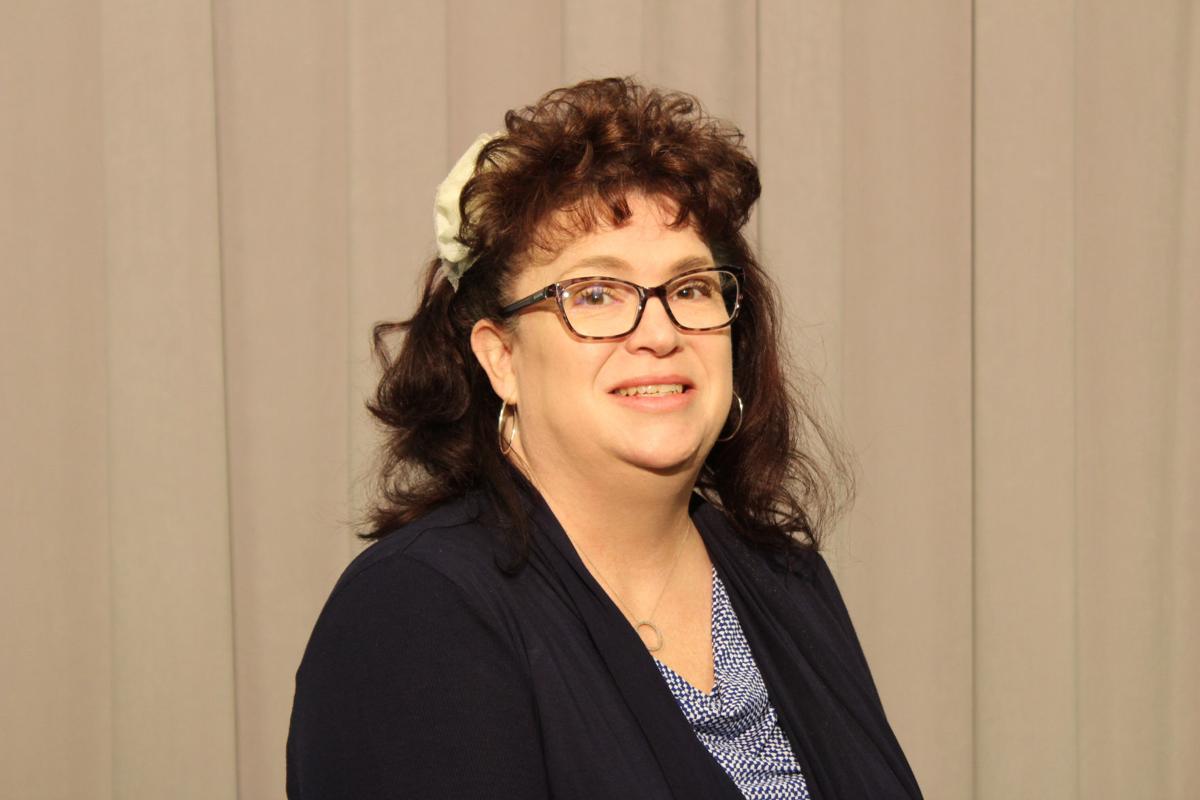 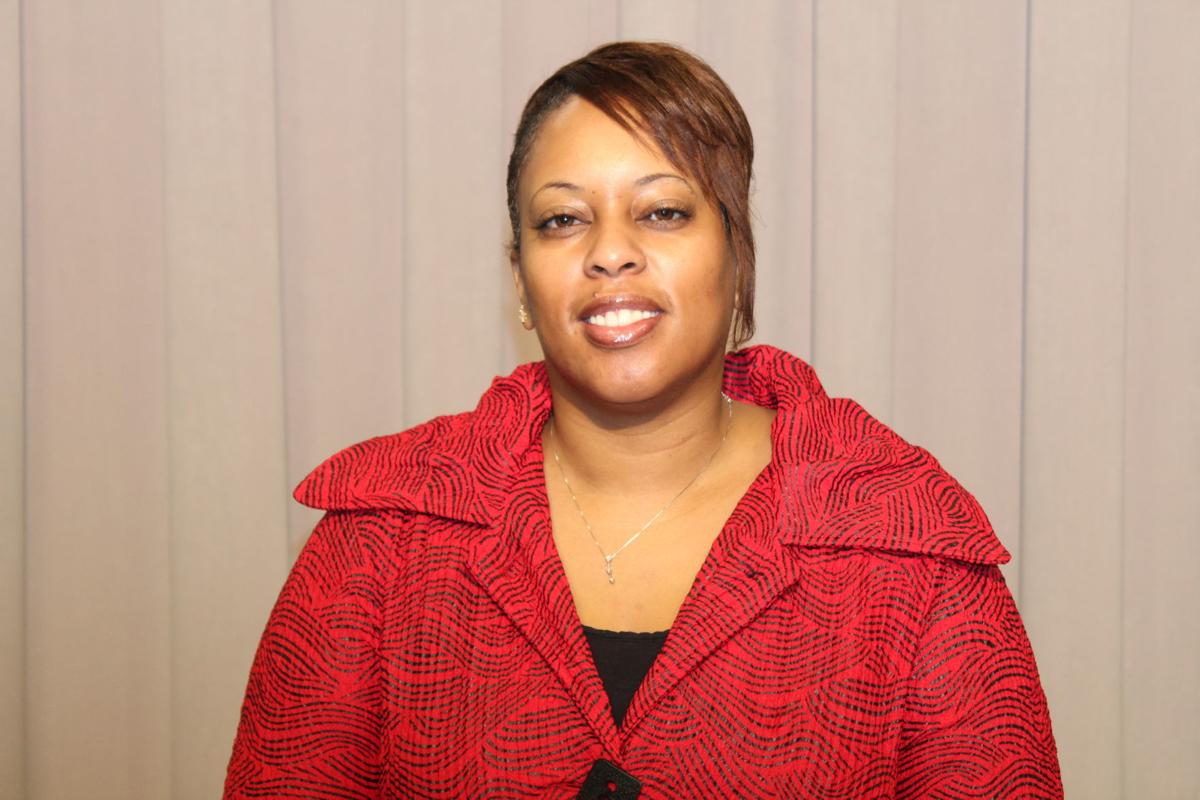 Winston-Salem/Forsyth County Schools has removed the principals of four struggling schools from their posts and shifted six other principals to low-performing schools, giving the newly appointed principals supplements ranging from $25,000 to $30,000 a year.

The four principals who were removed from Ibraham, Ashley, Easton and Old Town elementary schools will remain with the school system but be assigned to new administrative roles and will keep their current salaries.

The school system said in a news release Thursday that the principals’ “leadership is valued, and district leaders feel their skills will serve well in other capacities.”

The principals from Cash, Lewisville, Rural Hall, South Fork, Mineral Springs and Morgan elementary schools will be reassigned to those schools plus two other struggling elementary schools, Kimberley Park and Petree, which had interim principals, who were both retired and filling in.

School administrators said that the changes are related to a new state law that allows principal recruitment supplements and aims to help encourage proven principals to lead consistently low-performing schools.

Superintendent Angela Hairston was not available for comment Thursday but said in the statement: “We informed principals in January of this state and local opportunity and several expressed an interest. Those who volunteered had to have a track record of school success and be what our district leadership team considered the best match for the under-performing schools that also met the state’s criteria.”

According to the statement, the legislation gives school systems the ability to make leadership roles in underperforming schools more attractive.

“The (law) makes some state funds available to increase the salary for a seasoned principal with a proven track record of leading schools to consistently perform at some of the state’s highest levels. To be eligible for the state funds, the legislation includes a limited timeframe in which the changes must be made,” Winston-Salem/Forsyth County Schools said.

The system said it is also using some local money to offer incentives to principals.

Principals who expressed an interest are going into schools with a School Performance Grade of F for five years, schools that have consistently made the N.C. Low Performing Schools list and schools in danger of being taken over by the N.C. Innovative School District if academic performance is not improved, the Winston-Salem/Forsyth County Schools said.

In November, Kimberley Park, Ibraham, Petree, Ashley, Easton and Old Town were six of eight schools put on notice that they would need to improve their academic performance over the next few years or they could be turned over to an outside group such as a charter-school operator.

“A recurring ‘F’ is simply not acceptable,” Hairston said in the school system’s statement. “I believe these under-performing schools can do better. These changes will bring fresh ideas, trusted direction and proven leadership from some of our veteran principals who know how to help schools and students grow.”

Here are the changes:

The new principals at Ibraham, Ashley and Easton elementary schools met state criteria and will receive supplements of $30,000 a year for three years.

The new principals at Petree, Kimberley Park and Old Town met local criteria and will receive supplements of $25,000 a year for three years.

“We did it to meet the qualifications of the House bill,” he said, referring to a May 1 deadline to be eligible for the state money.

The second reason was to allow teachers and staff the chance to participate in the school system’s transfer process, which has started and will continue into next month.

“The bottom line was, if teachers wanted to transfer and follow a principal or wanted to go to a different school or whatever, we wanted them to know who the leaders of these schools were going to be so that they would have the opportunity to make those requests and participate in that process,” Campbell said.

On social media, some teachers voiced concerns about their jobs and the reassignment plans.

Campbell said he was not aware of any plans to move teachers, but said teachers can request transfers to other schools in the system.

“We don’t really plan teacher moves,” he said. “Those are principals’ decisions. I’m sure that there are some principals that would be interested in having some of their teachers move with them, but the question becomes whether there is a position available.”

As for the possibility of moving other administrators, he said the system is always looking at the best way to manage schools.

“Obviously, there could be more changes as we fill the schools that are now open,” Campbell said.

He said current employees are eligible to apply for those positions.

The school system plans to immediately start a search for new principals for Cash, Lewisville, Rural Hall, South Fork, Morgan, and Mineral Springs elementary and middle schools. Interim principals are in place during the transition.

Val Young, the president of the Forsyth County Association of Educators, said association members were surprised by the moves.

“I don’t think anybody had it on their radar that principals would be moving at this time of the year,” Young said.

But she said there is often talk among members about the desire for change.

She said the association is all for what is best for students.

“Leadership plays a great part in how a school is run and how well the students will do,” she said. “We’re hoping that all this movement will turn out to be great for all our students.”

Tripp Jeffers, a social studies teacher at Parkland High School and former president of the association, said decisiveness is sometimes refreshing when change is needed and student academics are suffering.

But he said that in the last couple of months school system personnel, including individuals at the central office, “have been given almost zero notice that they were going to start a new job in two days.”

“That’s no way to treat public school employees,” Jeffers said, “and I’m not frankly certain, at least in the short term, that that’s good for kids, even though the intention is to do what’s right by students.”

Jeffers said people are simply not being given enough notice about changes for them to be positive change.

He said perhaps the reason the changes involving the principals were expedited was because the school system is facing a deadline.

“But you have to understand what that communicates to the people who are already working in these schools and trying to improve student scores,” he said of teachers and other staff. “They’re not getting a $30,000 bonus.”

How much do school employees make in Winston-Salem/Forsyth system? Here's the updated list.

Just futile. Too many childhoods are wasted in an antiquated and failing system of education that barely pauses to consider (much less truly serve) the genuine interests and talents of our individual children and grandchildren. Moving a few principals around might help the system work a little better, but the system itself is the problem.

This is an absolute JOKE! They are giving Principals bonus money meant for recruitment but all they are doing is moving them from one school to another WITHIN THE SAME SCHOOL SYSTEM?! Gladstone has been running both Mineral Springs Elementary AND Middle School and NOW they have to finish the year with NO PRINCIPAL?! The middle school is nearly unmanageable as it is. Teachers have already quit halfway through the year and several more are talking about leaving because they literally stand in class and yell over the students all day because no one listens and they refuse to. I don't know about the rest of the principals but moving Gladstone is a JOKE and it stinks of misappropriation. Kids deserve better!

Teachers have to yell over students and they don’t listen? Where are the parents of these disruptive students? How are they allowed to remain in class? Teachers can only do so much. If the students do not want to learn put them in the military.