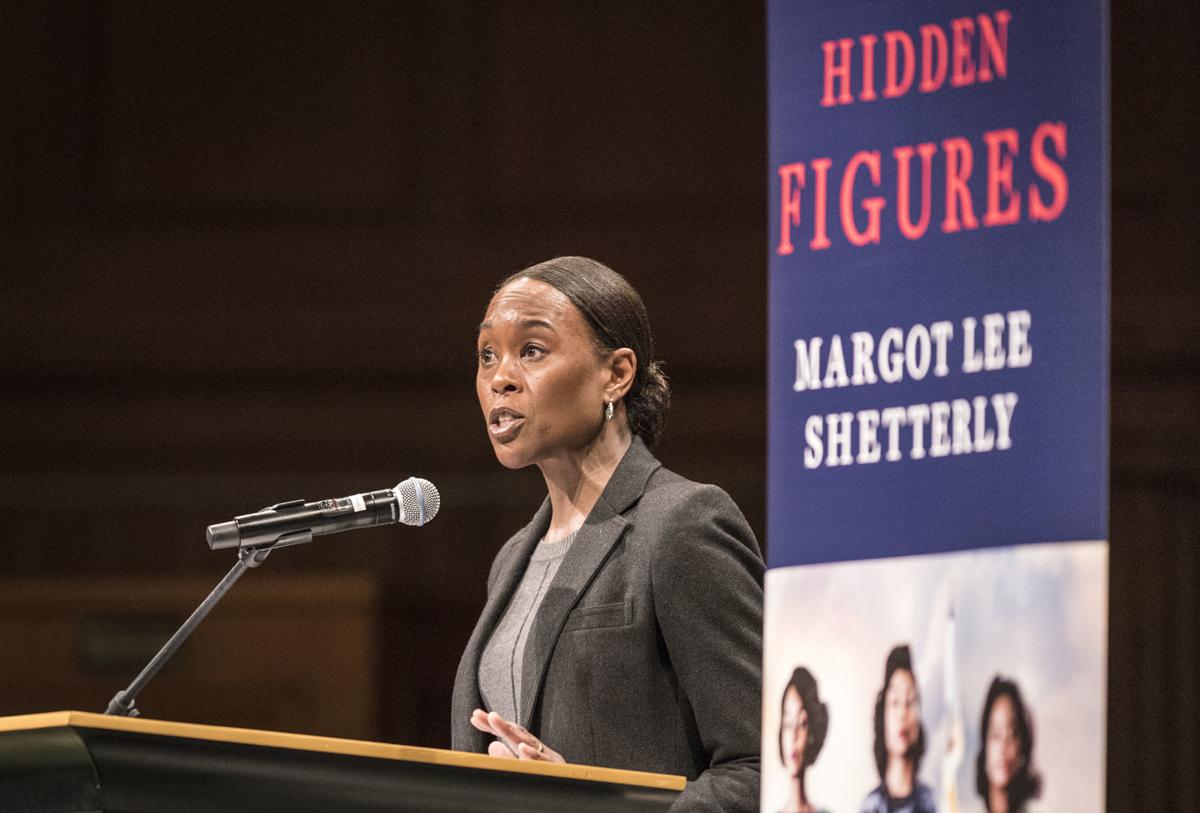 Margot Lee Shetterly, the author of “Hidden Figures,” speaks at Wait Chapel on the campus of Wake Forest University on Monday. 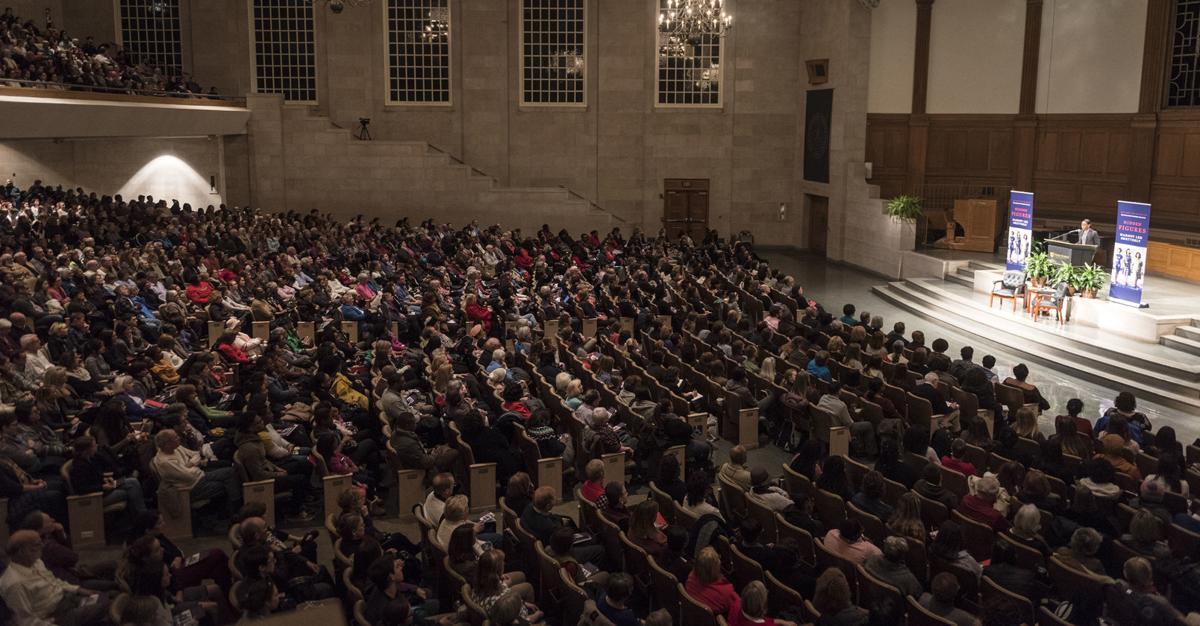 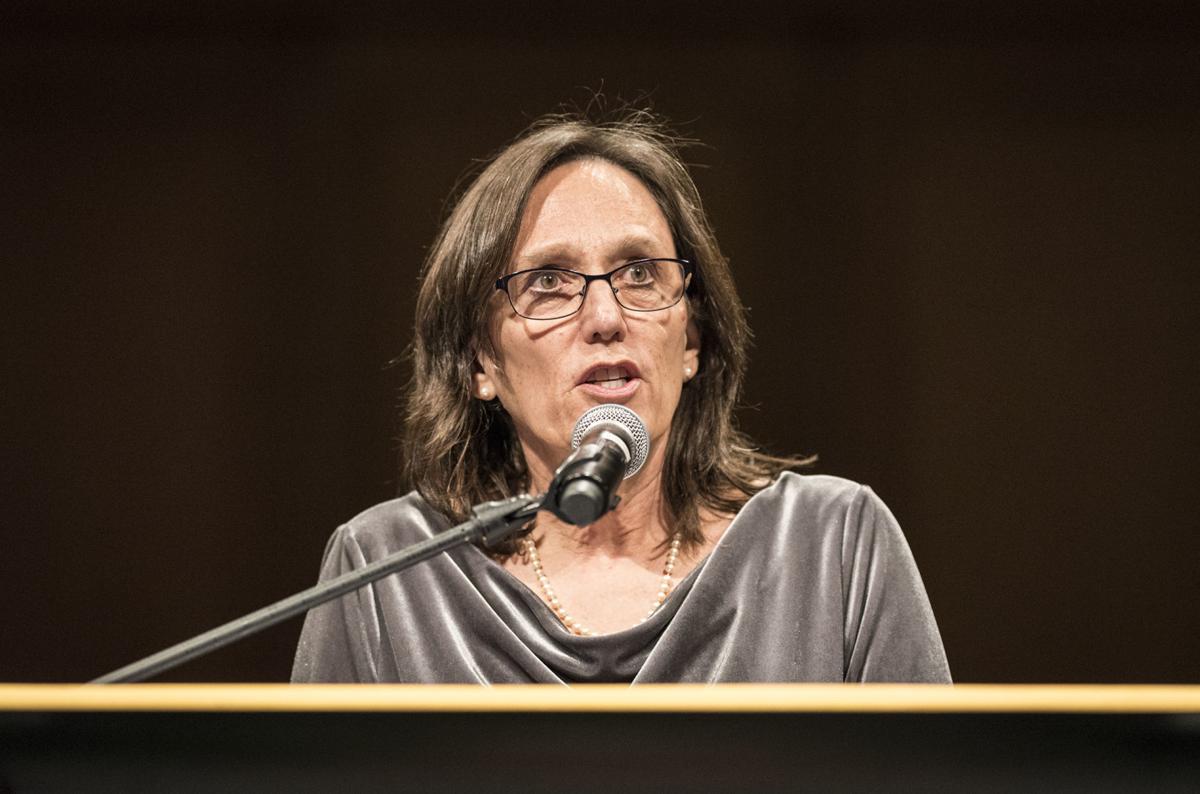 Margot Lee Shetterly, the author of “Hidden Figures,” speaks at Wait Chapel on the campus of Wake Forest University on Monday.

Author Margot Lee Shetterly spoke at Wake Forest University on Monday to tell the story of how some of the most important figures in 20th-century America were overlooked, and why telling the stories of others hidden — often in plain sight — is crucial to a more complete portrayal of history.

Shetterly is the author of “Hidden Figures,” a book that explores the roles that African-American women played in the United States’ race to space. The book was adapted into an Oscar-nominated film, which was released in 2016.

She gave her speech about how her book came to be and the inspiration behind it to a packed Wait Chapel.

“’Hidden Figures’ has a particular resonance for people who are black, or female or scientists — and particularly black female scientists,” Shetterly said. “But this history is ours, it is all of ours.”

“Hidden Figures” was one of several dozen summer-reading books available for students to choose from centered on a theme of differences and diversity. Other works included “Between the World and Me” by Ta-Nehisi Coates, “The Handmaid’s Tale” by Margaret Atwood and “The Audacity of Hope” by Barack Obama.

Shetterly’s speech was a part of Project Wake: Exploring Difference and Embracing Diversity.

During her speech, she talked not only about the impact that these women had in their time and still today, but how easy it was for their history to be forgotten or overlooked.

For six years, Shetterly said she interviewed these women and their families, scoured the national archives, sent Freedom of Information requests for more answers and even read textbooks in these scientific fields so that she could understand these women’s stories better.

But one of the most important sources of historical information for Shetterly was in the archives of black newspapers.

“Where news of African-Americans was virtually absent from the mainstream press, the black communities put their community’s humanity on full display and in great detail,” she said.

She urged everyone in attendance, regardless of their field of study or expertise, to look for the hidden figures in their lives, and said that telling their stories is important to tell a more complete story.

“’Hidden Figures’ is a black story, and it’s Virginia story; it’s a women’s story, and it’s a mathematician’s story because of, not in spite of, all of those things,” she said. “It is most fundamentally an American story. America is about the lives and the beliefs and the stories of every single person in this country, no matter where they came from or when or how they got here.”

Rebecca Alexander, director for academic programming and a chemistry professor at Wake Downtown, led the student group who opted to read “Hidden Figures.”

“I think as a scientist, as a woman in science, I’m excited to have some younger women see their discipline celebrated — I’m excited for the celebration of diversity in all forms,” she said.

Freshman Logan Richardson said after the event that she saw the movie adaptation of “Hidden Figures” with her family, and picked it as her summer reading for that reason.

“I was so excited to come hear her speak,” she said. “I had watched some of the extras in the movie so I had heard her like a little bit, but hearing her, she’s so inspiring and hearing everything that she did, it really makes you want to do more.”

Mutong Zhou, a freshman at Wake Forest, said she chose to read “Hidden Figures” because she had already seen the movie, as well.

Freshman Claire Griffin said she chose to read Shetterly’s book because she’s leaning toward majoring in engineering and wanted to learn more about the contributions this group of women brought to the field.

“I really liked reading about these women standing up for themselves and all the obstacles they have to overcome,” she said. “… This book gives them credit, it sheds light on all of the work they did.”