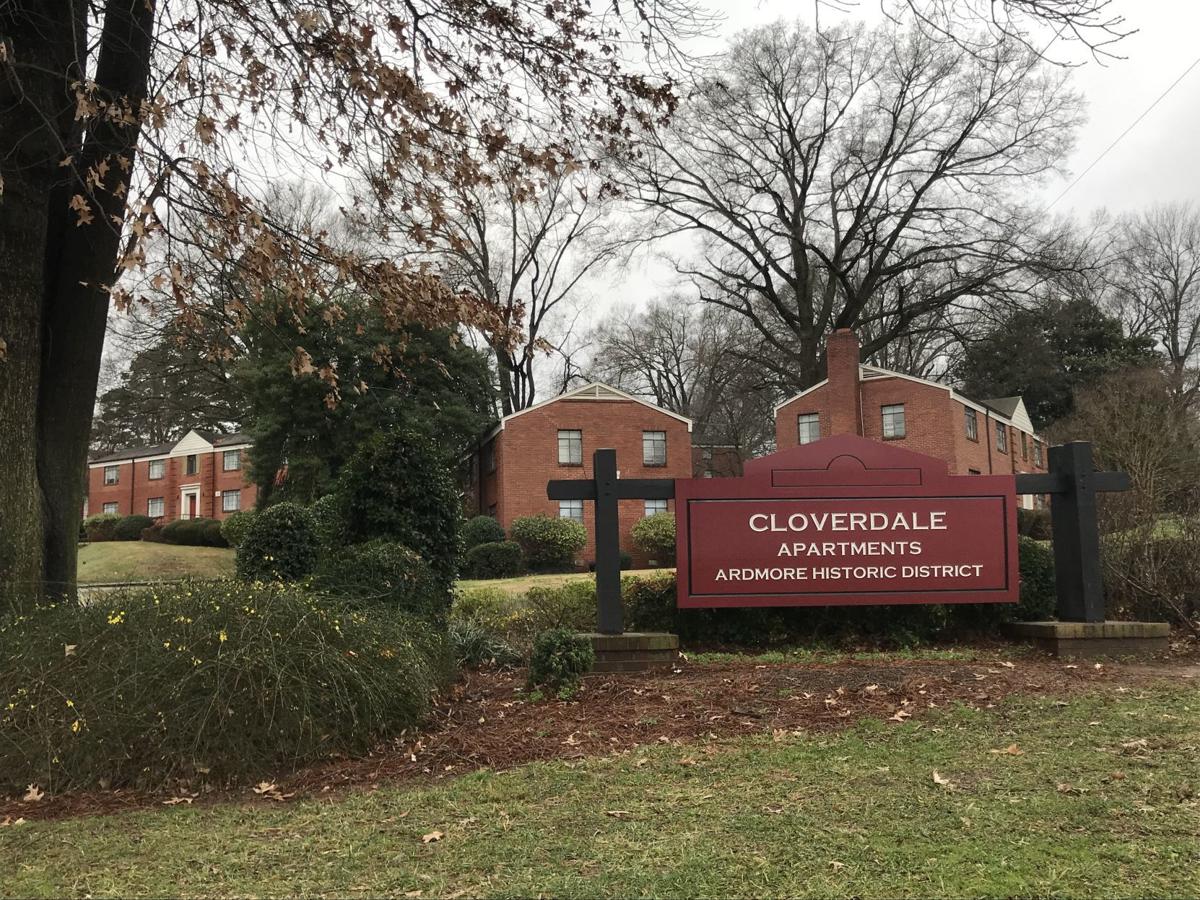 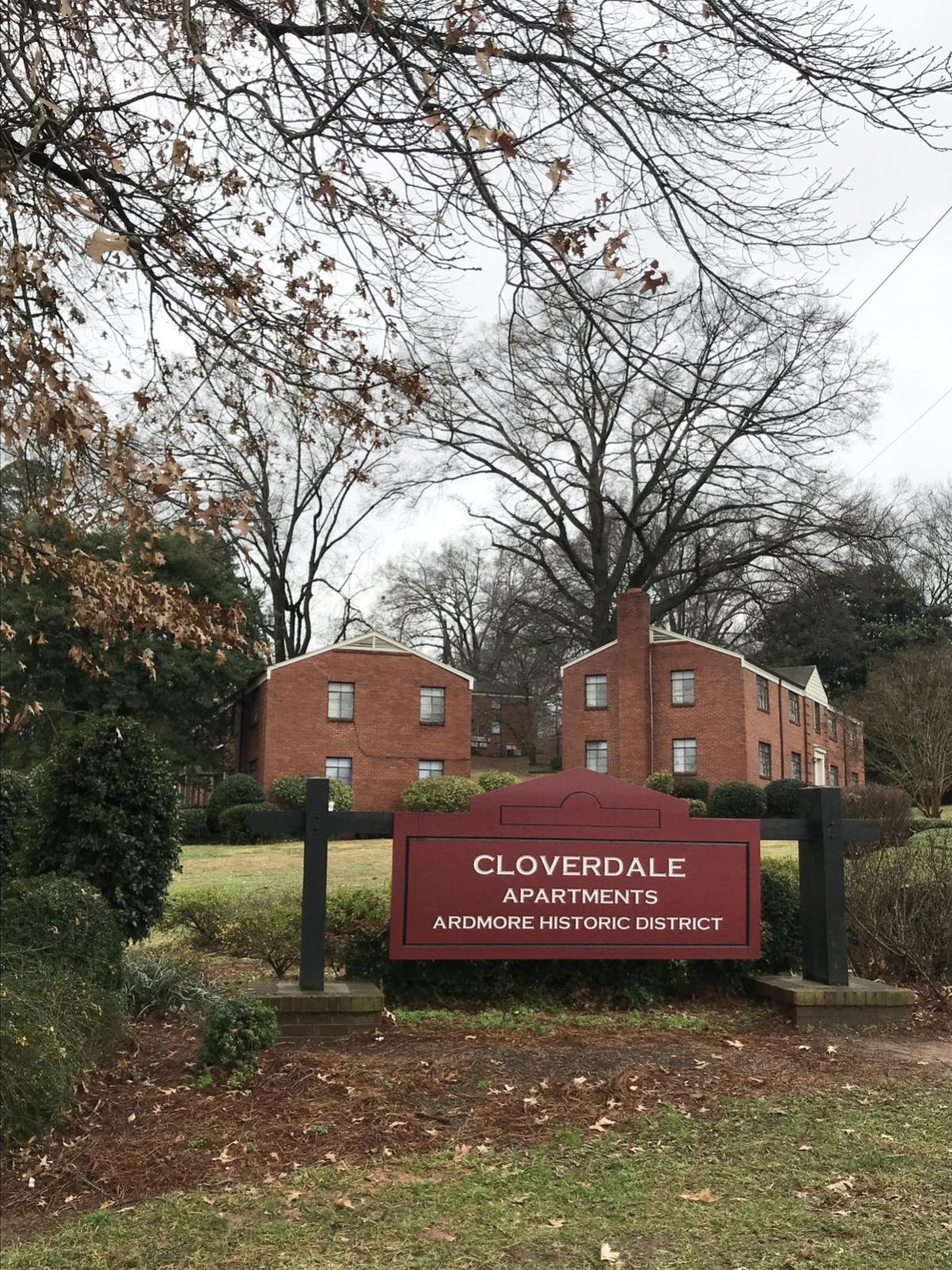 The Cloverdale Apartments were built in the post-World War II era. They will be bulldozed, but plans for new housing have yet to be finalized.

The Cloverdale Apartments were built in the post-World War II era. They will be bulldozed, but plans for new housing have yet to be finalized.

The last residents of Cloverdale Apartments will be out of the complex by early March as the owners move toward demolition of the brick apartments seen by some as iconic examples of post-World War II construction in Ardmore.

Kevin Thompson, the chief marketing officer with Carlisle Residential Properties, said that after about a year of not accepting any new leases at the apartments, the number of residents is down to about 45 people. Many of the 168 apartment units on the site are now vacant.

“In early 2019, we stopped taking any new leases, and anyone’s lease who was still there went to a month-to-month basis,” Thompson said. “We did not want to displace anyone and cause any unexpected hassles.”

Carlisle manages the property for its owners and will be steering the demolition of the existing buildings. Although Carlisle could have given residents 30 days to get out, Thompson said that was extended to 60 days to give the remaining residents more time.

The owners plan new apartment construction on the site.

The companion apartment complex, Ardmore Terrace on the north side of Cloverdale Avenue, will stay. Thompson said that as apartments have become vacant in Ardmore Terrace, Cloverdale residents who wanted to have been able to relocate to that complex.

Ardmore Terrace is full. Given the number of residents remaining in Cloverdale Apartments, the management company decided it was time for them to go. Thompson said the other apartment option for people who want to keep renting from Carlisle is Countryside Villa off Shattalon Drive in northern Winston-Salem.

Southwest Ward Council Member Dan Besse said he tried for years to encourage the owners of Cloverdale to renovate instead of tearing down and to keep affordable rents in the complex.

The apartments are owned by Cloverdale Apartments LLC, described by Besse as heirs of the original apartment developers.

Fearnbach said the apartment buildings have classical design elements and that many retained the original steel casement windows.

“It is a crying shame to lose those historic structures,” Besse said, adding that there’s no way to prevent the demolition because the owners are not looking for a rezoning to rebuild on the site. Besse said he did get a heads-up from Carlisle after the new year began that letters would be going out requiring residents to move.

Besse said he asked for renters to get 90 days instead of the original 30, and that Carlisle responded by extending the move-out period to 60 days.

Thompson said renters are getting a $200 stipend to help with moving and are getting their full security deposits back.

“We are trying to be conscientious and thoughtful for all our residents,” he said.

In 2015, a developer submitted plans to tear down all 92 buildings in both Ardmore Terrace and Cloverdale Apartments, replacing them with 15 larger three-story apartment buildings and a 4,000-square-foot clubhouse.

That plan was released after earlier plans to more extensively redevelop the property ran into opposition from Besse and others in Ardmore. The more extensive plan, which would have required a rezoning, called for a new street layout, including a traffic circle and some ground-floor retail.

Besse said he’s been in talks with the owners for years, as he tried to come up with a compromise.

The current plans call for no rezoning, which means Besse and anyone else opposed can’t stop the conversion of the site.

“The new apartments will be market rate and completely unaffordable to a lot of people,” Besse said. “I do not approve of it, but do not have any legal or political power to stop it.”

Aaron King, the director of City-County Planning, said no new plans have been submitted for buildings on the Cloverdale Apartments site, nor has a demolition permit yet been issued. For now, all that exists is a grading permit obtained last June.

Thompson didn’t reveal any details about the designs or rents anticipated in the new units.

“That is where it gets a little sketchy,” he said. “I think the apartment count is targeted at over 200. They are still working on the final designs.”