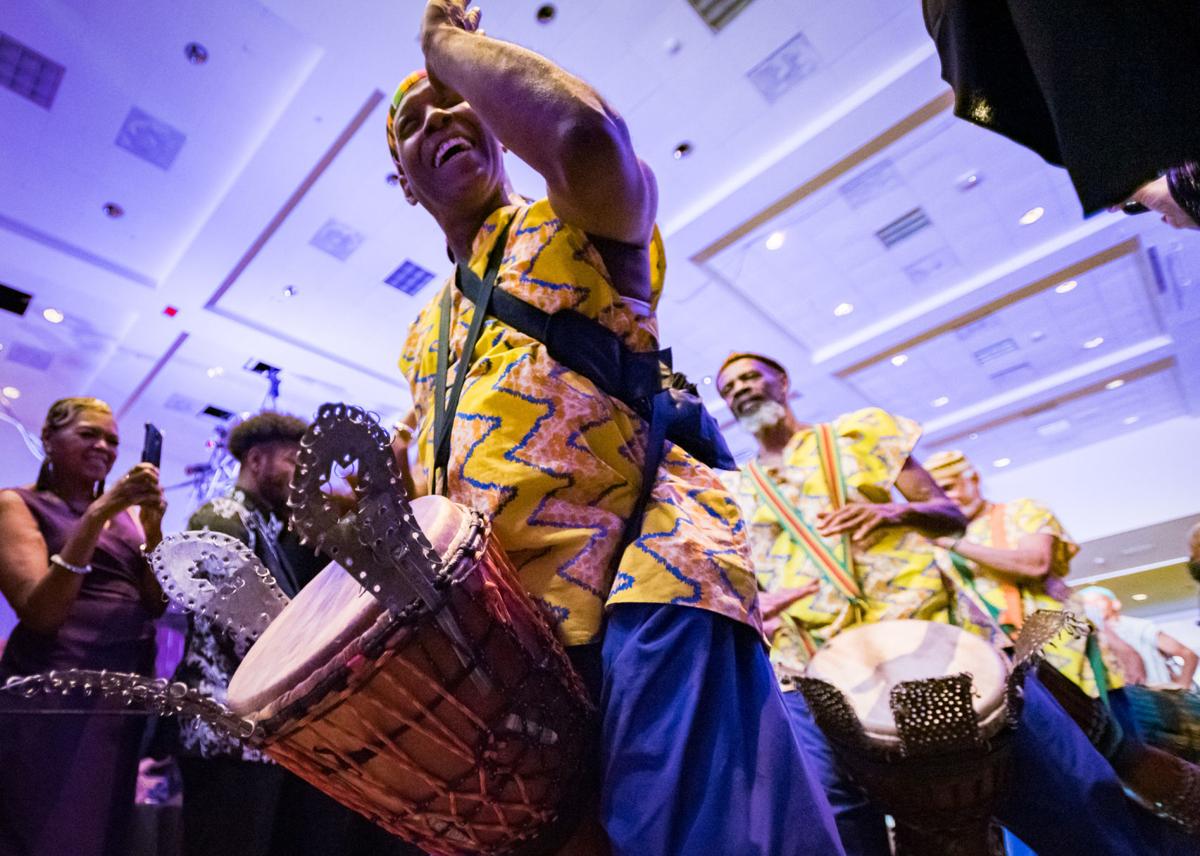 A drummer performs during the National Black Theatre Festival’s opening night gala July 29 at the Benton Convention Center in Winston-Salem. 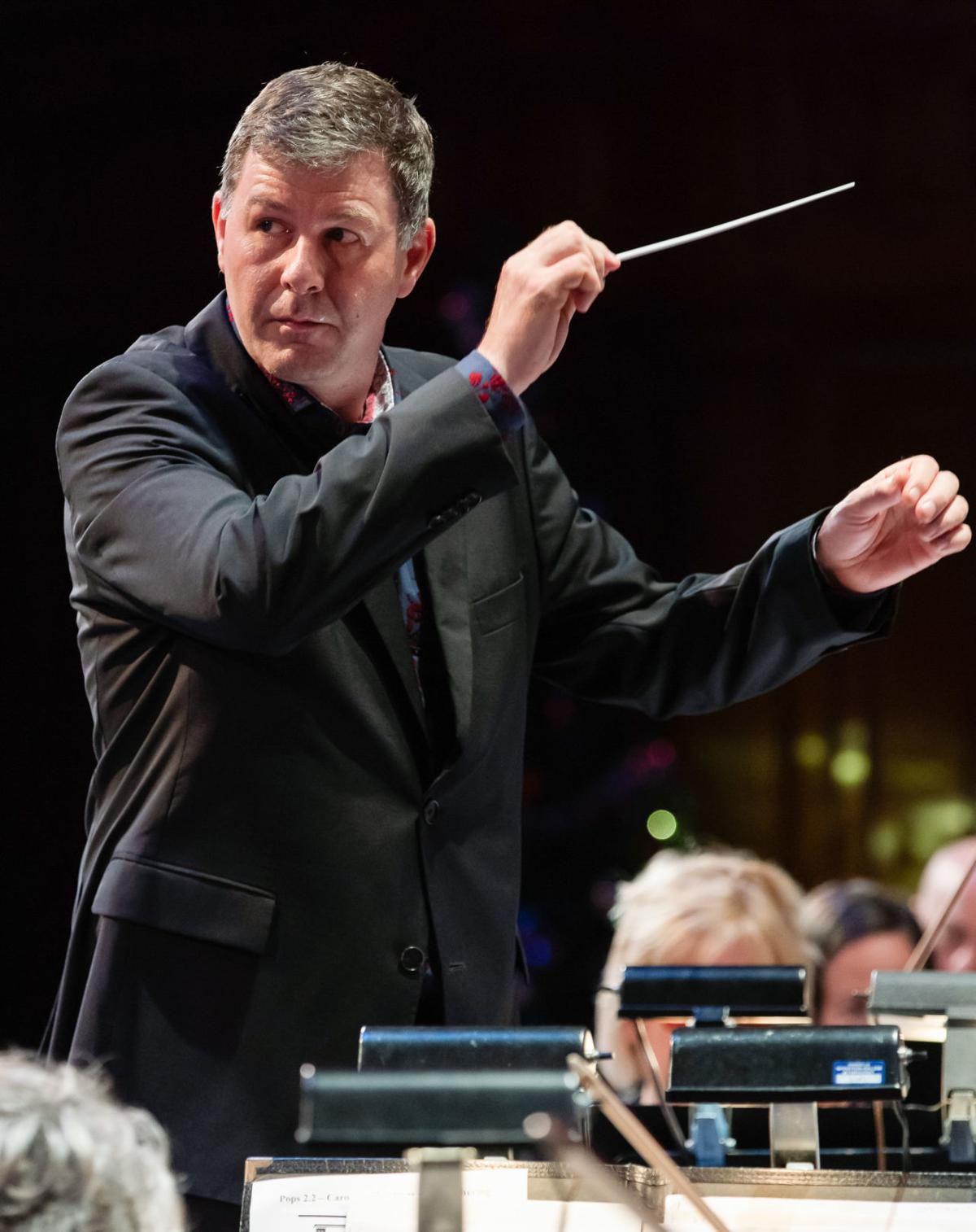 Timothy Redmond was named the fifth music director of the Winston-Salem Symphony Orchestra. 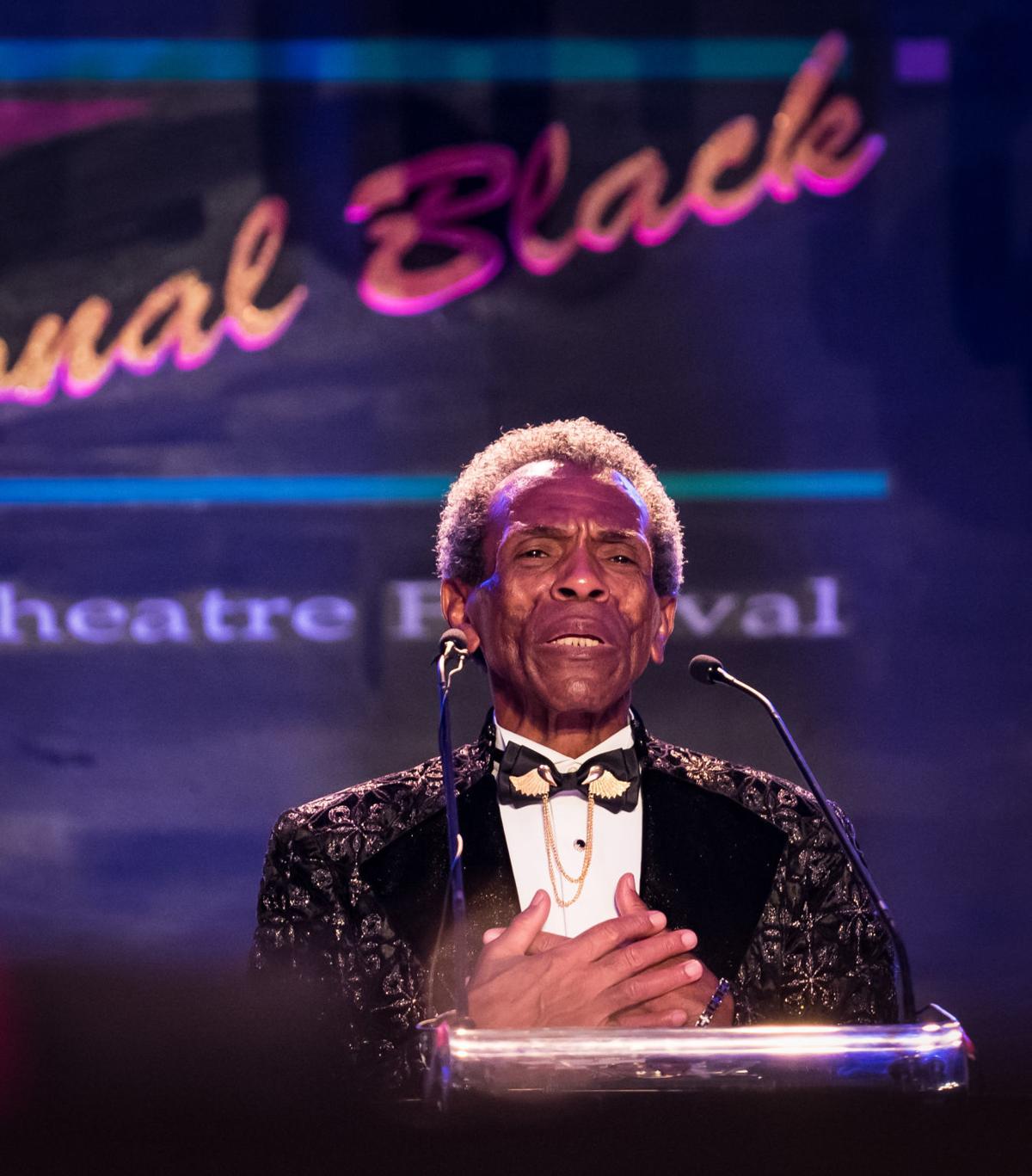 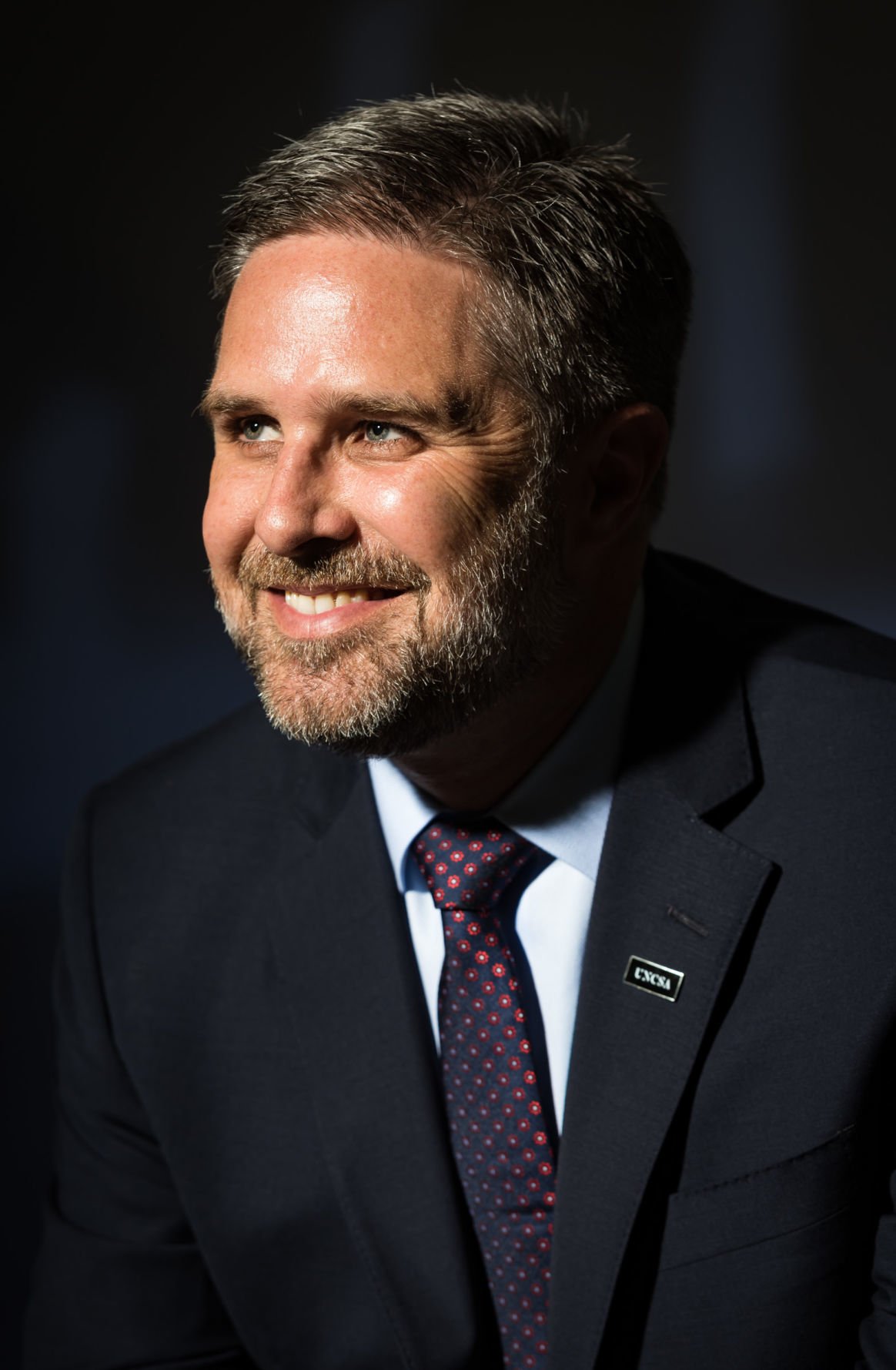 A drummer performs during the National Black Theatre Festival’s opening night gala July 29 at the Benton Convention Center in Winston-Salem.

Timothy Redmond was named the fifth music director of the Winston-Salem Symphony Orchestra.

Any year that includes a National Black Theatre Festival, the birth of a new performance space and a new music director for the Winston-Salem Symphony can be counted as a good year for the arts in Winston-Salem.

Although the Arts Council of Winston-Salem and Forsyth County fell short of its annual fundraising goal, it redeemed itself by rolling out a 200-seat theater, complete with an inviting combination lobby and art gallery, and local-artisan gift shop just in time for the opening of the 15th biennial Black Theatre Festival.

The Reynolds Place Theatre is now the resident theater for the Little Theatre, other performing arts organizations and the N.C. Black Repertory Co. that produces the Black Theatre Festival and other shows year-round, including fully produced plays, commissions and intimate “living room theater.”

The focal point of the Rhodes Center lobby is the ArtisTree, which features eight different-length tree branches with a 60-foot span.

Theater space in Winston-Salem had shrunk by nearly 1,200 seats in 2018 when the arts council sold the Arts Council Theatre on Coliseum Drive (540) to a church, and Performance Place (647) on the UNC School of the Arts campus closed for renovations.

Reynolds Place Theatre made a little dent in that, and Performance Place reopened this summer after getting a few minor improvements. Its largest theater space, the Freedman Theatre, seats 368; Catawba Theatre seats 179, and the Patrons Theatre holds up to 100.

The Milton Rhodes Center has two other theaters: Hanesbrands Theatre, which seats about 228; Mountcastle Forum seats about 120.

The current seating capacity of the Stevens Center, which belongs to UNCSA, is 1,366. A plan to renovate it, initiated by former Chancellor Lindsay Bierman, would reduce seating to 1,024 but increase two levels of seating to three, providing more leg room and street-level access to orchestra-level seating.

Hausam also programmed Winston-Salem’s first touring Broadway show in many years, “Kinky Boots,” which sold out, and several more musicals are planned, including “The Color Purple” in May.

If the arts council is the administrative backbone of the arts community, the symphony orchestra is its artistic heart.

In July, the organization announced that Timothy Redmond, a Londoner, would be the symphony’s fifth music director.

He was the last of five finalists who interviewed and auditioned for the job in 2018 and 2019, vetted down from 121 applicants.

David Levy, a professor of music at Wake Forest University and a former symphony musician who writes the program notes for the symphony’s concerts, was on the search committee.

“Overall, Tim was the strongest candidate,” Levy said. “As a conductor, he got the musicians excited to play, and he got the audience excited. In some ways, he’s the most experienced of the conductors.”

Redmond said that he found the team at the symphony and the city of Winston-Salem to be inspiring. “It seems like everybody wants to do more and better,” he said. “And you don’t get that vibe everywhere.”

He conducted his first concerts as music director Oct. 27 and 29, featuring Stravinsky’s “The Rite of Spring.” His next concerts will feature Béla Fleck playing his “Juno” banjo concerto on Jan. 11 and 12, and “John Williams: Star Wars and Beyond” in February.

Performers, celebrities and audience members once again declared Winston-Salem “black theater holy ground” when they took their songs and celebrations into venues, restaurants and streets downtown and beyond.

The brainchild of the late Larry Leon Hamlin exceeded expectations artistically and financially in 2019.

“From a tourism perspective, the economic impact of the visitors that are staying in our hotels are generating approximately $8 million,” said Marcheta Cole Keefer, director of marketing and communications at Visit Winston-Salem.

Besides dozens of performances, a film festival, vendors and the international colloquium, the 2019 festival boasted appearances by such celebrities as the honorary co-chairs Chester Gregory and Margaret Avery; Ted Lange of “Loveboat Fame” who directed the festival’s first Shakespeare at Sunset, “Twelfth Night”; and a visit from actor André De Shields, who took his one day a week off to attend the festival.

In September, officials at UNC School of the Arts announced the institution’s first capital campaign in 20 years.

With a goal of $65 million, the campaign, nicknamed “Powering Creativity: The Campaign for UNCSA,” is also the largest in the school’s 50-plus year history. It had a quiet start in 2016 with a $5 million gift from former Chancellor Alex Ewing, who died in 2017. Since then, the school has raised more than $54 million, leaving less than $11 million to raise by June 2021.

“ ‘Powering Creativity’ describes what we do better than anything else,” said Brian Cole, UNCSA’s interim chancellor. “The arts power our lives, society, our minds.”

On a smaller scale but in a big move for a community theater, Winston-Salem Theatre Alliance in April bought a 16,484-square-foot building on .92 acres at 650 W. Sixth St. In November, officials kicked off the first public capital campaign in the theater’s 36-year history. They aim to pay for (about $2.5 million) and complete renovations on the building by 2021.

The first floor will include a mainstage theater with 200 seats, box office, lobby, restrooms, a scene shop for set construction and the actors’ dressing rooms. Their current theater on Northwest Boulevard seats 120.

In the second phase, on the second floor, they aim to build a costume shop, prop storage, restrooms, rehearsal space, a meeting room and a black box theater with 50 seats.

Although the Arts Council of Winston-Salem and Forsyth County announced in October that it had missed its annual fundraising target by $250,000, Randy Eaddy, president and chief executive, said that he would not lower his sights.

“I’m not going to aim low to improve our odds of success,” Eaddy said. “We can live with the fact that we set a high goal and didn’t reach it.

“We set our 2020 goal for $2.5 million, and we will raise as much as we can, because the organizations that we serve deserve it.”

Familiarity can lull us into forgetting how awesome an organization or person right under our noses really is.

Last January, USA Today named RiverRun International Film Festival in Winston-Salem one of the “10 amazing film festivals worth traveling for.”

RiverRun is an Academy Award-qualifying festival in two categories: Documentary Short and Animated Short. It is held annually in April.

In February, Gov. Roy Cooper and first lady Kristin Cooper honored African American artists and musicians from the Triad — and throughout North Carolina — at a reception in the Executive Mansion in Raleigh.

Locally, the late Larry Leon Hamlin and his widow, Sylvia Sprinkle Hamlin, were cited for their contributions to theater arts.

Endia Beale, an internationally renowned photographer who is the director of Diggs Gallery at Winston-Salem State, was born and reared in Winston-Salem.

Patrick Denard Douthit, aka 9th Wonder, a Winston-Salem native and a producer, record executive, DJ, rapper and educator, was honored.

William J. “Bill” Carpenter, an educator with an English degree, became the new executive director of the Southeastern Center for Contemporary Art in June.

Carpenter, 46, came to SECCA from High Point University, where he had been a professor of English and director of the Honors Scholars Program.

Carpenter grew up in New Jersey and has a doctorate degree in English from the University of Kansas.

Jordan had served as interim executive director since the departure in January of former president and chief executive Geoff Corbin.

Before that, she was the vice president of Arts and Innovation and had filled various roles at Sawtooth for the past seven years.

She first became acquainted with Sawtooth in high school, when she participated in the Summer Arts Honors Program, which she credits as being a turning point in her lifelong arts journey.

Acting and directing professionally for more than 25 years, Powell has a bachelor’s degree in Communication and Theatre from Asbury University in Wilmore, Ky.