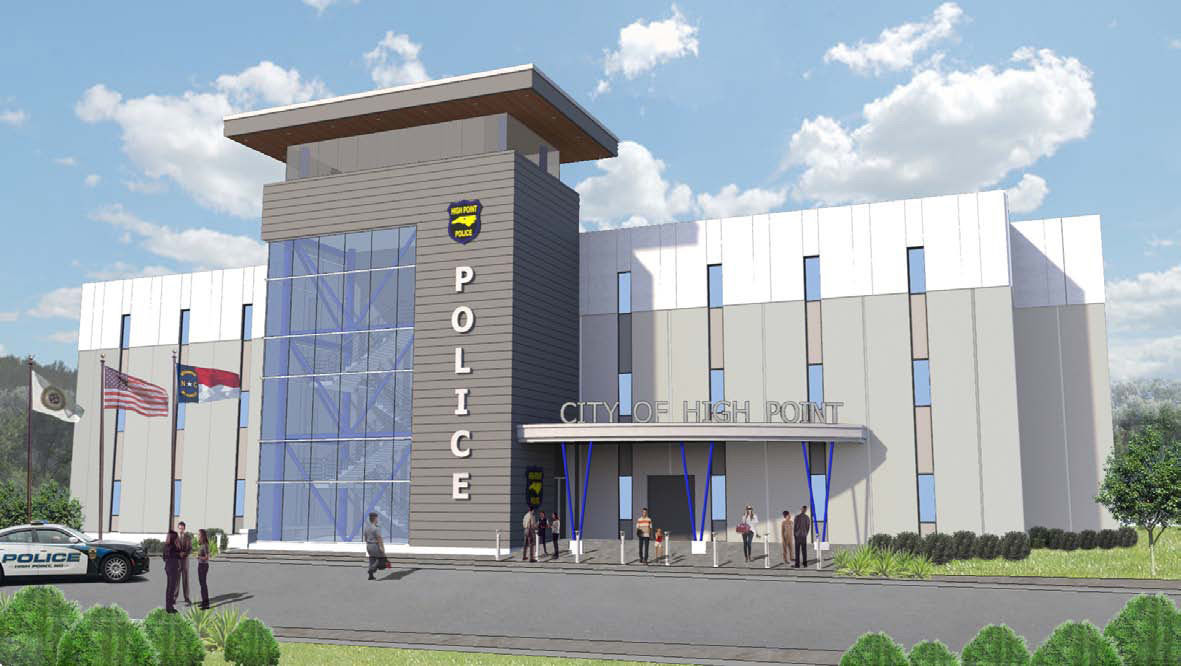 High Point’s news police headquarters, shown in a rendering, is expected to be completed by the end of the year. 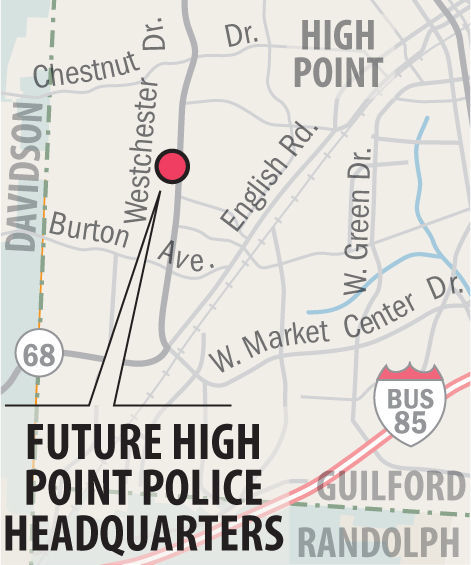 High Point’s news police headquarters, shown in a rendering, is expected to be completed by the end of the year.

HIGH POINT — The High Point Police Department, which has operated out of a former school building since 1985, will double its operating space with a new headquarters this year.

The city celebrated the groundbreaking of its newest police station at 1730 Westchester Drive earlier this month.

The plan for the police headquarters was slow to unfold over the past few years because original bids estimated it would cost $50 million, Mayor Jay Wagner said.

But in 2018, the city purchased property from NorthState telecommunications company for $2.5 million.

The property already contained the bones of a well-made building, a huge boon in terms of price, said Adam Cardin, the project development manager for Samet Corp., the company contracting the renovation project.

“They made a very shrewd purchase and saved the city of High Point a lot of money, versus constructing a new police headquarters from scratch on their own property,” he said.

With the existing building, renovations and additions would only cost $22 million — less than half the expected amount.

The 80,000-square-foot building’s funding sources include $15.4 million from municipal bonds and $6.6 million from two-thirds bonds.

“It was just about finding the right time, from a budgetary standpoint,” Wagner said. “The building we had was adequate for a time, but it was becoming less and less adequate.”

“You’ve got different units, different personnel with different expertise, and if they work collaboratively, it allows for much greater success in solving cases,” Shultz said.

The new building will include open areas where officers and staff can meet and work together, as well as rooms for conferences and classes.

“We really emphasize letting our officers learn through a classroom setting as opposed to learning out on the streets when a mistake can be a catastrophe,” Shultz said.

The new facility will also promote safety within the building by providing separate areas for processing prisoners and community members needing administrative services.

Instead of dispatching 911 calls from City Hall, the city’s call center will be incorporated into the new station.

Some community members expressed concerns about police response time from the new location.

Officers respond to calls while on patrol in the city, Shultz said, so response times will not be affected.

The city aims to have the project completed by the end of 2020.

Jessica Snouwaert is a December journalism graduate of UNC-Chapel Hill.