The Residence Inn at University Parkway and North Point closed Thursday morning, leaving some guests locked out of their rooms. 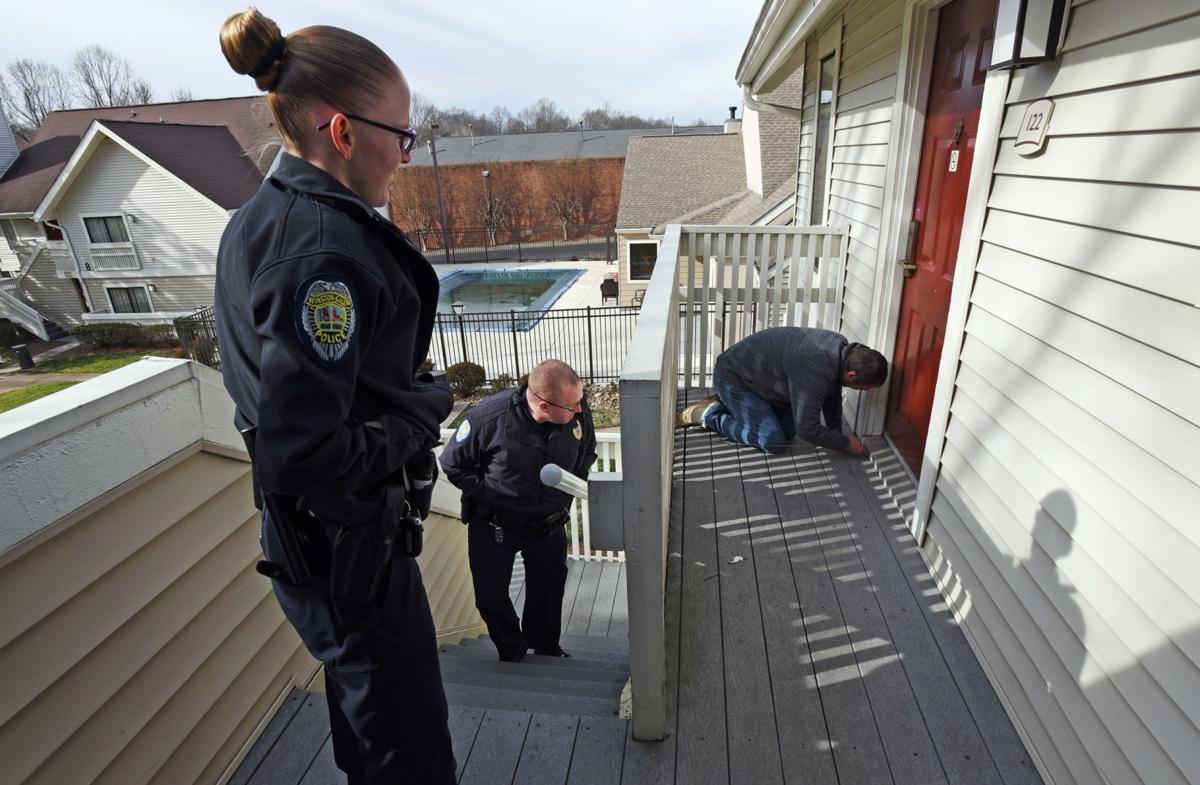 Winston-Salem Police Officers Amber Miller and Cody Robertson watch as locksmith Chip Schwab, the owner of C&C Lock and Key, works Thursday to open a door for a guest at the Residence Inn at 7835 North Point Blvd. 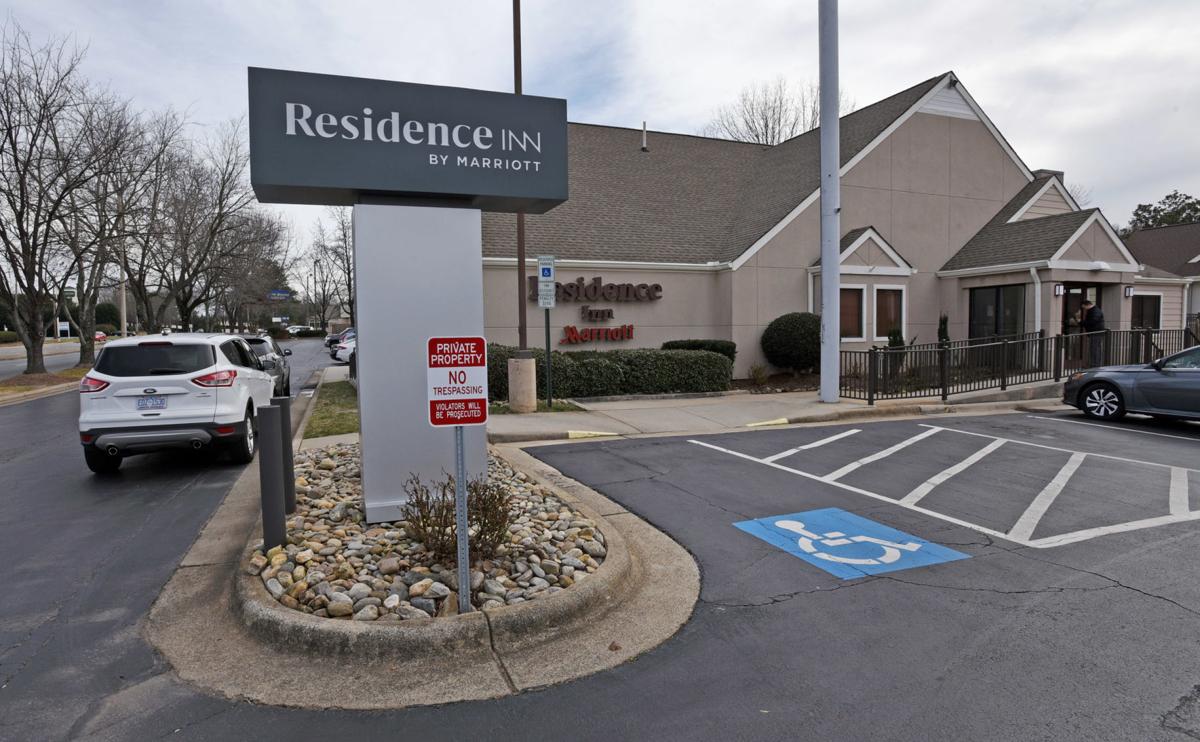 The Residence Inn at 7835 North Point Blvd. has been closed because of foreclosure, leaving some guests locked out of their rooms. 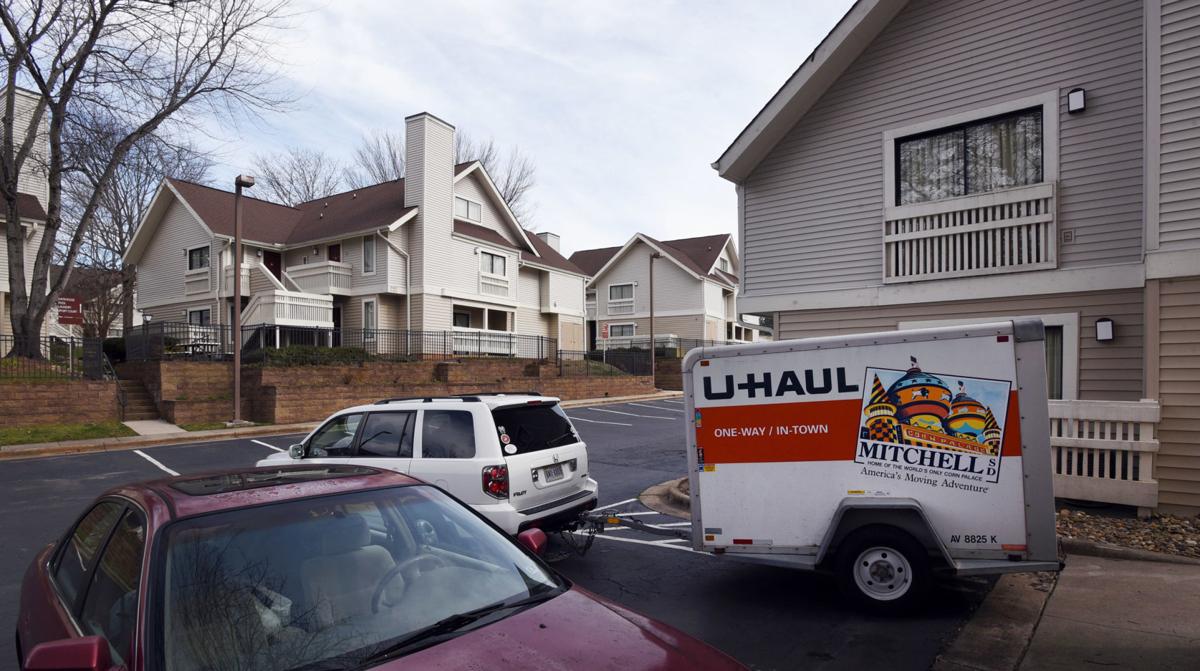 An SUV and trailer are parked outside a hotel building. Guests spent Thursday removing their belongings.

The Residence Inn at University Parkway and North Point closed Thursday morning, leaving some guests locked out of their rooms.

Winston-Salem Police Officers Amber Miller and Cody Robertson watch as locksmith Chip Schwab, the owner of C&C Lock and Key, works Thursday to open a door for a guest at the Residence Inn at 7835 North Point Blvd.

The Residence Inn at 7835 North Point Blvd. has been closed because of foreclosure, leaving some guests locked out of their rooms.

An SUV and trailer are parked outside a hotel building. Guests spent Thursday removing their belongings.

The Residence Inn by Marriott on North Point Boulevard shut down Thursday morning, less than a week after guests and employees faced a closure scare that ended with the apparent intervention of a financial “savior.”

Guests were told on Tuesday this week that they had to be out by 11 a.m. Thursday, but as the hour approached a reporter found the front door to the office locked and no one working inside.

Some guests found their key cards no longer worked. They shivered in the parking lot as they waited for a locksmith to bring in tools and get them into their rooms to retrieve their things.

Others found their cards worked and were able to get into their rooms and move things out. Carole Sherr, here from California for her brother’s brain surgery at Wake Forest Baptist Medical Center, said she spent hours on the phone Wednesday trying to get the Marriott chain to help.

Sherr said employees were in tears but that the chain wanted her to go into the office and get them to find her a new room. Sherr wouldn’t do it.

“I told them I wasn’t going into the office when those people have just lost their jobs,” Sherr said, adding that Marriott officials told her they were under no legal obligation to help. Marriott officials eventually did make arrangements for Sherr to stay at the other Residence Inn here, which is under different management.

It wasn’t clear Thursday morning what changed from last week, but what was clear is that the property is in a foreclosure proceeding that got under way on Jan. 13, with the filing of a notice in Forsyth County Court. That hearing will take place on Feb. 11.

The Residence Inn, an extended-stay hotel, is a subsidiary of the Marriott chain. The franchise for the hotel on North Point and another in South Bend, Ind. has been held by Portfolio Hotels & Resorts, based in Illinois. The hotel properties are owned by companies managed by Portfolio chief financial officer Graham Hershman.

Both hotels were collateral for loans totaling $10.5 million that were made in 2018. The lender, New York-based Ladder Capital Finance LLC, said in the Jan. 13 court filing that the hotel owners were in default.

All people staying at the hotel in Winston-Salem knew was that they had to spend Wednesday scrambling for a new place to stay.

Sherr and her brother, Robert Henderson of Asheville, checked in Sunday night to be in town for their brother's surgery.

That surgery was in progress Thursday morning while Henderson and Sherr were trying to get moved out of the Residence Inn and into new quarters.

"Marriott is on the name," Henderson said. "We all trust Marriott, but how can Marriott not be informed? It seems like the corporation would have something in place. They could float this place until everyone could get out. We got notified two days ago about noon."

"There were a lot of folks in the lobby," he said. "They were close to tears. The manager here was a total sweetheart. Everyone here was nice. I feel bad for them because they lost their jobs."

Despite the closure that was coming less than 24 hours away, Henderson said, the hotel had a social event with grilled chicken Wednesday evening for any guests still around.

A request for comment from Marriott's corporate headquarters received no response Thursday.

Television station WNDU in South Bend reported that Portfolio's Residence Inn in that city closed on Tuesday, and that employees there had not been paid. It could not be determined Thursday whether local employees were similarly affected.

A man who came onto the Winston-Salem property early Thursday afternoon said he was a court-appointed receiver but gave no other information. A woman seen going into the office shortly afterward would not give her name, but said she was with a new management company being brought in.

The hotel remained closed Thursday with no indication on a possible reopening.

Matt Elam, a Virginia resident, has been staying weekdays at the Residence Inn going on two years, as his company did work for Reynolds. Or, at least he did until Thursday morning. He was packing his things into his car to take them to the new hotel room he had lined up. He said his new room didn't have a kitchen, like his old one did at the Residence Inn.

"I like the ability to cook," Elam said. "It is the closest thing you can get to an apartment when you are traveling."

Brett Hall of the Collins Aerospace office here, came over to the Residence Inn Thursday morning to help some employees in temporarily from India get into their rooms.

"We bring people in all the time," Hall said. "People stay a few weeks at a time to help us on projects."

The workers had to wait for a locksmith to bring in equipment to open their room without causing damage. Police officers from the Winston-Salem Police Department stood by as they waited.

The Residence Inn here has 88 rooms. Last week, an employee said maybe half the rooms were occupied by long-term residents.

The hotel's future seemed secure last week. Guests were told Jan. 17 that the hotel would shut down on Jan. 18. Then, hotel management got word that someone had stepped in to save the hotel.

According to the notice of foreclosure, the owner of the hotel went into default because of "unpermitted transfers and/or a change in control" as defined in the loan agreement.

As well, the lender maintains that South Bend Hotel Owner LLC, a company managed by Hershman and owner of the South Bend Residence Inn, is in default because it failed to give the lender enough money to pay real estate taxes on time.

The court filing says that the hotel here will be sold at the courthouse at some future date if the indebtedness is not satisfied in the meantime.