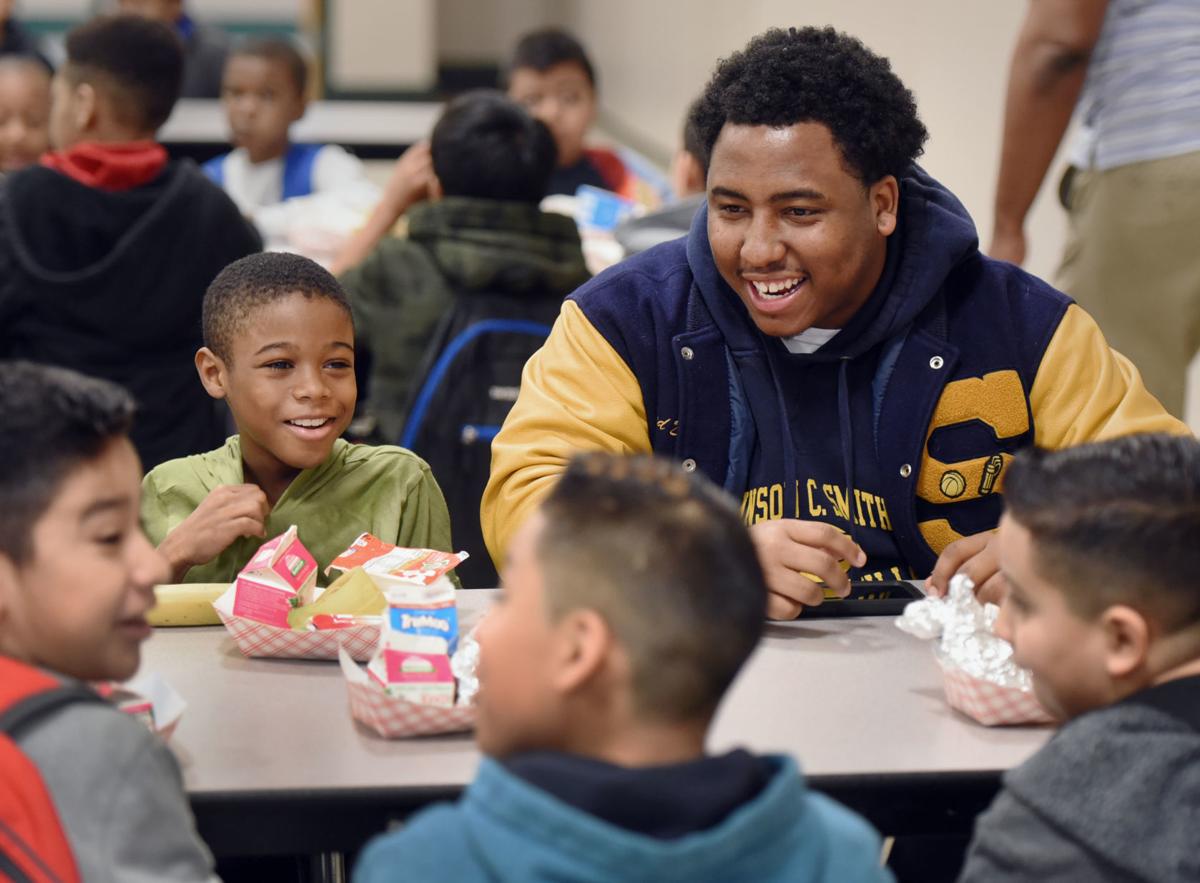 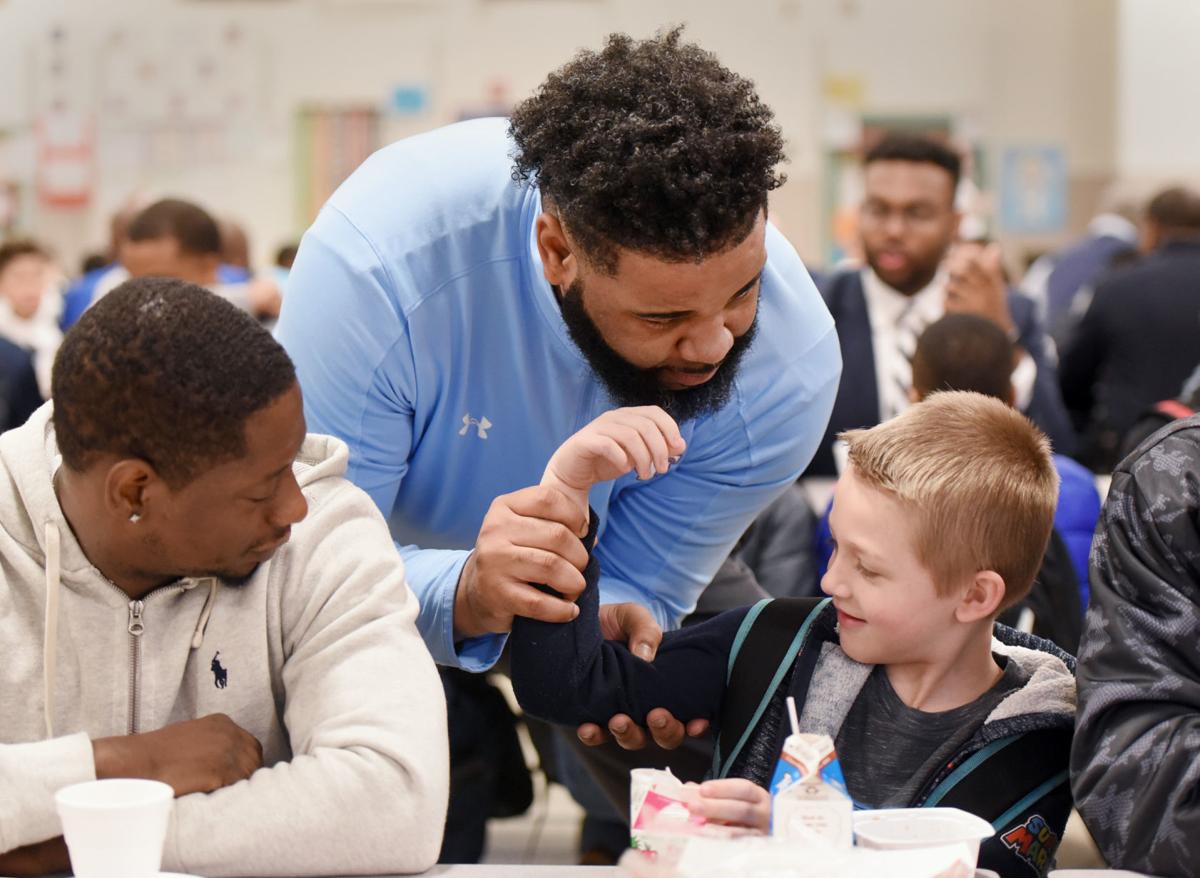 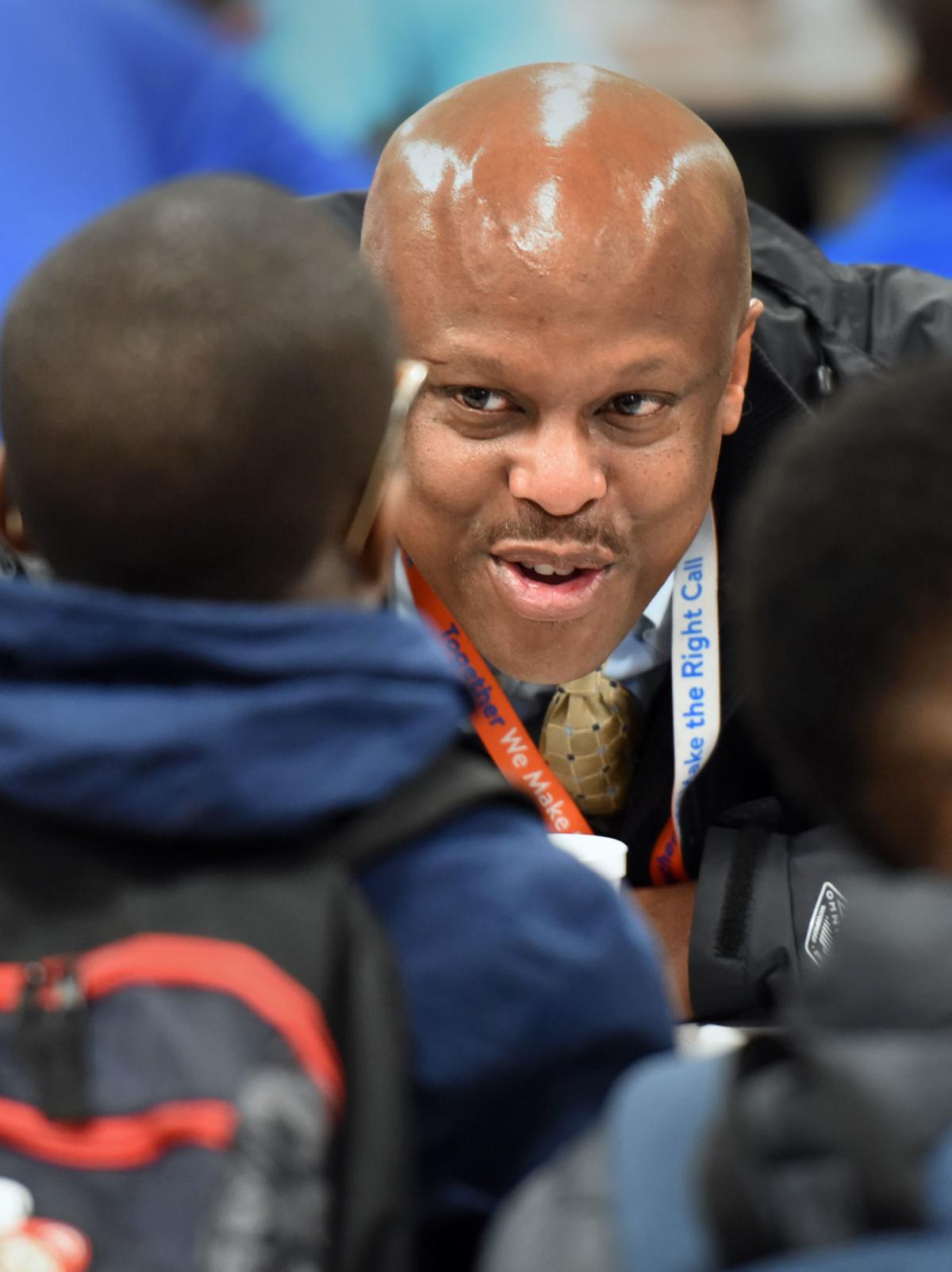 They took their trays into the gymnasium, where they were met by men from the community who volunteered to have breakfast with these students and help get their days off to a positive start.

It’s an initiative at Gibson in its second year that asks men from Winston-Salem and Forsyth County to sit down with a few students and give them encouragement over breakfast before school starts. It also instills the image and presence of a positive male role model into their lives.

Principal Glenn Starnes started the effort along with another for girls.

“Last year we started this event really because we wanted to ensure that there were multiple opportunities for our young men, not just African American men, but all young men to be exposed to positive role models in our community,” he said.

A few dozen men from the community showed up. There were volunteers from the central office and other schools in the district, as well as members of law enforcement and other professions from around the area.

Students such as fifth-grader DeQuain Stowe said he was able to talk to one of the men about his professional field, which was insurance, and learn more about what he does. DeQuain, like Tristan, said that interaction in the morning helped set the tone for the remainder of the day.

Jay Blair, head football coach at North Forsyth High School, was one of the volunteers. He stopped and asked students if the seat next to them was taken, and made a point to talk to students who were sitting by themselves.

“I love their energy,” he said.

Blair is a product the school district. He went through elementary school and graduated from Reynolds High School.

Starnes did events like this at a previous district where he worked. Here at Gibson, Starnes said they work with the belief that strong relationships are needed between students — or scholars as he refers to them as — and teachers and those in the community.

“Here at Gibson, we’re looking for an opportunity for children to regularly be engaged and they’re learning the entire year,” he said. “And so I think that’s the most important thing, that it’s the relationship building consistently throughout the entire year.”

In addition to the annual events for young men and women, Starnes said they’ll have people from the community show up at the beginning of a new school year or academic quarter to cheer the kids on at the start of the day from the buses or car rider line.

“It’s a brand new start, regardless of whatever happened in the previous quarter, this is an opportunity for you to really start over,” he said.

And when it comes to academic success and closing achievement gaps, family and community engagement is key.

Cory Hairston and Carl Shepherd, two other volunteers at the breakfast, both signed up to help through a mutual friend who told them about it and said they’d do it again next year — and help out in any other ways throughout the year.

Shepherd said he enjoyed hearing what the students want to be when they grow up. Some showed off recent grades and had him laughing at their stories.

“They said they’ve got something coming up April 1, welcoming the kids. We come and give them high fives when they come into the school that day just to kind of let them know to have a great fourth quarter and put everything in the past, so I’ll probably try to attend that,” he said.

Hairston said helping out Friday morning was a way to give back to the kids in the community.