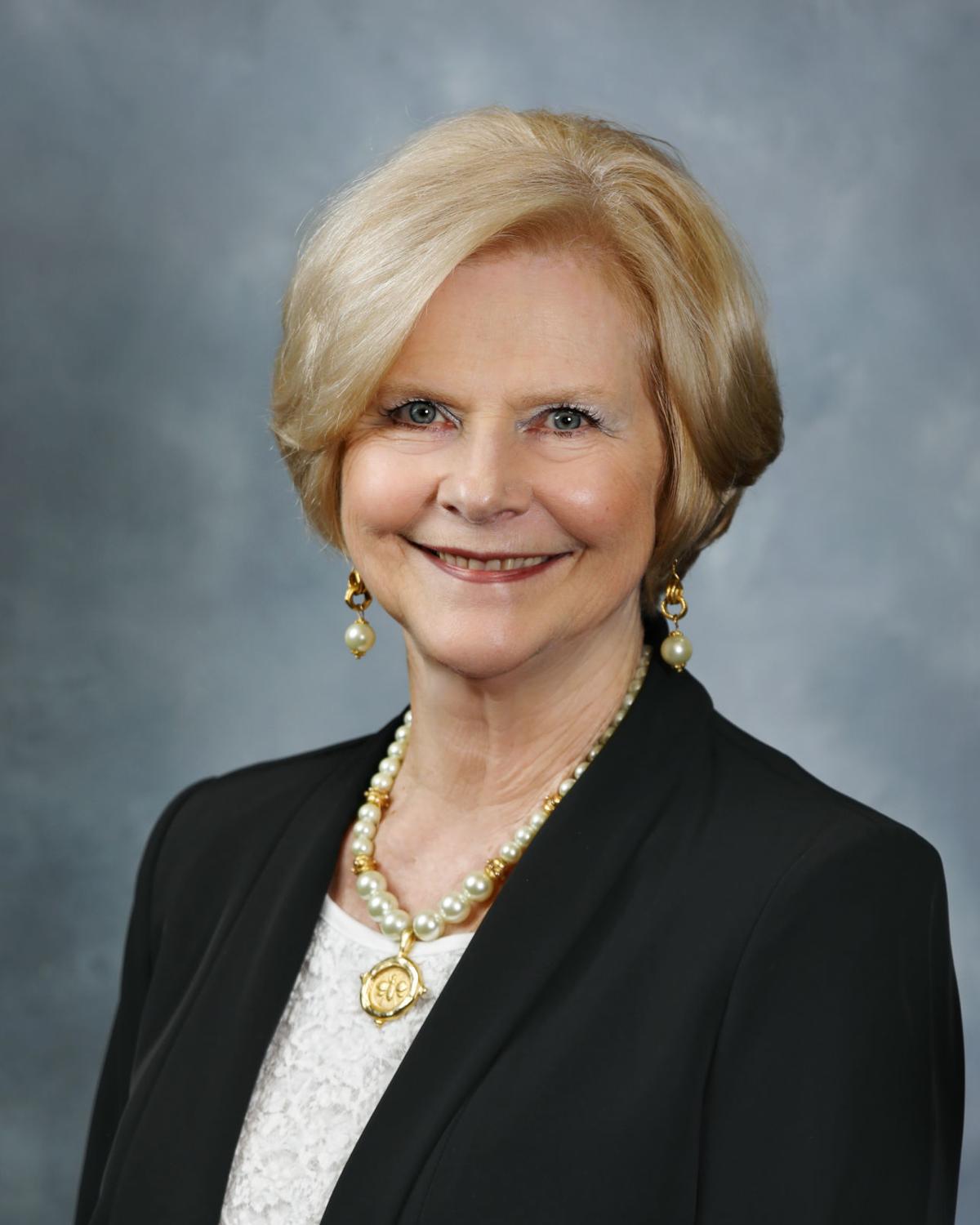 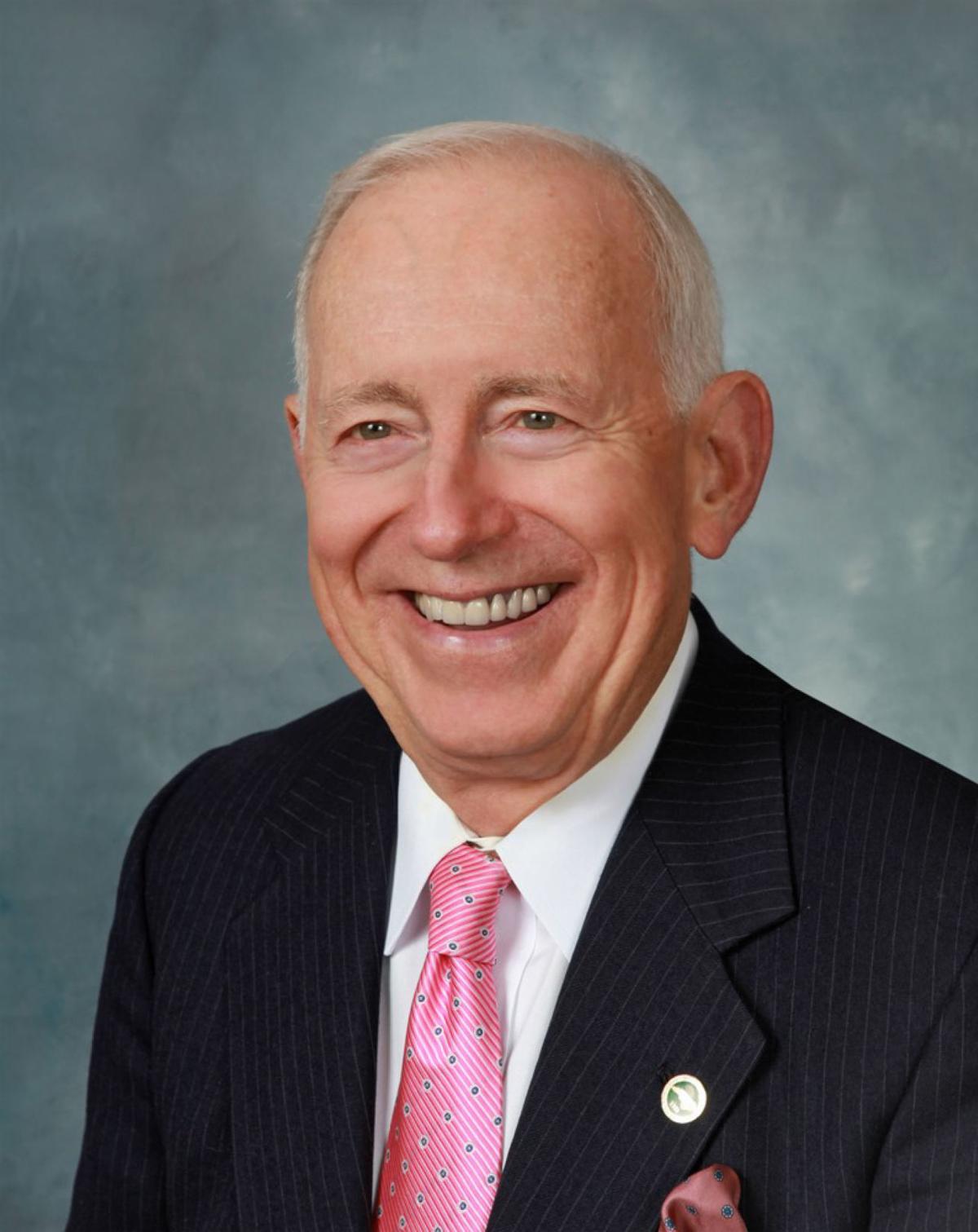 Richard V. Linville, David R. Plyler, and Gloria D. Whisenhunt are the incumbents and Terri Mrazek is the newcomer.

Because there are just three Democrats running for the three available Forsyth County commissioners’ seats, Gull Riaz, Christopher Smith and Eric Weiss will not have to run in the primary.

Linville has served on the Forsyth County Board of Commissioners for 40 years.

“Generally, any kind of work or anything one has been involved in the more experience and time they are in it they acquire more knowledge as they go,” Linville said. “Therefore I think they are able to do a better job at what they are doing.”

He considers himself an effective member of the board, saying that when difficult times arose, he “used thoughtful judgment to resolve the issues.”

He wants to be re-elected to continue to provide services in the most effective way, to pay close attention to the county debt and to continue to work on economic development matters.

Linville said he, other county commissioners and county staff come up with different ideas and consider them as they constantly look for new and better ways to do things.

“When you’re making efforts to try to be more efficient, I think that’s making progress,” he said.

Linville said the county is in a good financial position and that its services are good.

“Almost all the time there are new school facilities that are being worked on,” he said. “As far as emergency services, we’ve about got the state-of-the-art of that.”

But the county needs to watch its debt, especially now that it is getting a new courthouse, he said.

Linville said that the proposed quarter-cent sales tax increase that will be put before voters in the March primary will be an additional funding source for teacher (pay) and would be an easier method to generate money for teachers than raising the property tax rate.

As for economic development, Linville said it has evolved over the years in the county, including the use of incentives.

But he said he has always looked at each incentive project on a case-by-case basis.

“I think that we should be careful and make the best selections of where to spend money,” he said.

Linville said, “Basically I want to stay with the traditional services, improve what we can, and in the end try to keep the property taxes as low and as reasonable as can be.”

Plyler is the chairman of the board of commissioners.

He wants to be re-elected because he continues “to play a role in providing quality in all respects for schools, the economy, and recreation such as Tanglewood and Triad parks.

He spoke of several issues facing the county including the loss of corporate headquarters and race relations.

“We’ve got to do something to keep the people who are making us what we are here and make it possible for them to flourish,” Plyler said.

He said relationships are better than they used to be, but there is still the need for a better understanding between the races.

Time, transparent communication and dialogue is needed to help solve this problem, he said.

Education is another concern of his, including the teachers, who he describes as “the people who mold the minds of our children.”

He said that the county needs the best teachers it can get, but to achieve that, it needs qualified, well-paid teachers.

He believes he has been effective as a commissioner, saying that while he was on the board, there has been the near completion of three new libraries in Forsyth County, plans to start construction on a Hall of Justice, planning for a Family Justice Center and future facilities, priority attention on WS/FCS schools and communications with the Forsyth legislative delegation to improve quality of life for all citizens.

He is most proud of the county’s education policies; $40 million for new libraries in Kernersville, Clemmons and Winston-Salem; and its support of IMPACT, a public/private community program designed to teach third-graders to read, during his years on the board of commissioners.

“I want to see if we can meet with members of the community to open dialogue that would allow us to listen to the problems, needs and interests of the people who live in our county,” Plyler said of the board. “We haven’t done that in years.”

Whisenhunt sees herself as “a watchdog for the taxpayer.”

“They have my upmost concern,” she said. “I never forget that this is the taxpayers’ money and government.”

She also said, “I am not afraid to vote “no” if I believe an issue is not beneficial to the taxpayer.”

When it comes to issues facing Forsyth County, Whisenhunt is concerned about the county’s debt and tax rate.

“I believe we have to put the breaks on our debt, which is about $72 million,” she said.

That amount, she said, does not include the new courthouse or the money the board of commissioners has committed to the new Kaleideum building.

Whisenhunt is proud of the fact that she was instrumental in bringing Stepping Up to the county. The program focuses on reducing recidivism among women and men with substance abuse or mental illness in the county jail.

“In February, we’re getting ready to have our third graduation,” Whisenhunt said. “That little piece of paper is just as important to them as to some folk’s college degree.”

She said she and other people in the county have encouraged Triangle Residential Options for Substance Abusers Inc., a residential therapeutic community based in Durham, to open an addiction rehabilitation facility in Forsyth County.

“They have a 95 percent success rate,” she said. “It is a two-year program. I think it could be extremely beneficial to our community.”

Whisenhunt is most proud of the fact that the county’s public health and social services departments consolidated to become Forsyth County Health and Human Services during her current term on the board.

“I think it is going to be a much better service for our citizens,” Whisenhunt said. “It’s all on one campus....It’s just a joint effort to serve the people now.”

She said that the number of terms a commissioner serves on the board is entirely up to the voters.

This is the first time Mrazek is running for political office.

She said freedom is the reason she is in the race for Forsyth County Commissioner, saying that the incumbents who are running in 2020 have been commissioners for a long time.

“Freedom is having choices,” Mrazek said. “If I chose not to run, voters would not have a choice.”

She said if only three people run in the Republican primary, all three of them would win.

“I can bring a fresh perspective to the issues we are faced with in Forsyth County,” she said.

She said her priorities in life are God, her family, work and play.

“If voters are looking for a strong, conservative to have their voice, then I think I’m that right candidate,” she said.

She said that Winston-Salem has one of the worst child poverty rates in the U.S.

She said it is discriminating that free school meals for students with lunch debt in the local school system do not include a meat or entrée as the regular meals.

“You can’t do right halfway....Right is making sure that every student in school whether they have the ability to pay or not gets the same rights as the other child and we don’t differentiate them from the other students,” she said.

She is in favor of voter picture IDs, saying she doesn’t see them as racist or discriminating.

“We didn’t say that we would differentiate a special group and separate them,” Mrazek said. “We said all registered voters should provide a picture ID to vote.”

She wants to see pride return to Forsyth County, saying that when she drives around the county, she often sees trash along the roads.

“I would like to run a campaign or encourage a civic organization or somebody to run a campaign on making Forsyth County beautiful again and teaching our young people the responsibility to not waste and respect where they live and how they live,” she said.

Mrazek favors the creation of programs to give homeless people a sense of dignity by putting them back to work.

She said she is 100 percent in favor of fair wages for teachers and all people employed in the county, but wonders how a quarter-cent sales tax increase “will affect people who are just getting by.”

Job: Owner/operator of a farm

Top priority if elected: There are several but they include all emergency services including EMS, fire and law enforcement; education; and health department matters; keeping taxes as low as possible

Job: Retired; previously worked in sales for Flow Automotive Cos., as pedorthist for Foot Solutions, in classified sales for Winston-Salem Journal; and as real-estate agent

Top priority if elected: Improve on the integrity of the citizens of Forsyth County, employment and training for the homeless, doing what is right for citizens, public health and public safety, keeping taxes low

Job: retired, previously worked in commercial radio and television for more than 50 years

Political/civic experience: Member of the Forsyth County Board of Commissioners since 1994 – eight years as chairman; Member of National YMCA Board, National YMCA Board of Northwest North Carolina, Novant Health Board; past chairman of IFB Solutions, formerly Winston-Salem Industries for the Blind; past president of North Carolina Association of County Commissioners; Life member of Kernersville Chamber of Commerce.

Word(s) that best describe me: Patience

Top priority if elected: To be an active, energetic commissioner; a voice for the taxpayers

Education: Graduated from King High School in 1964 and Barbazon School of Cosmetology in 1966