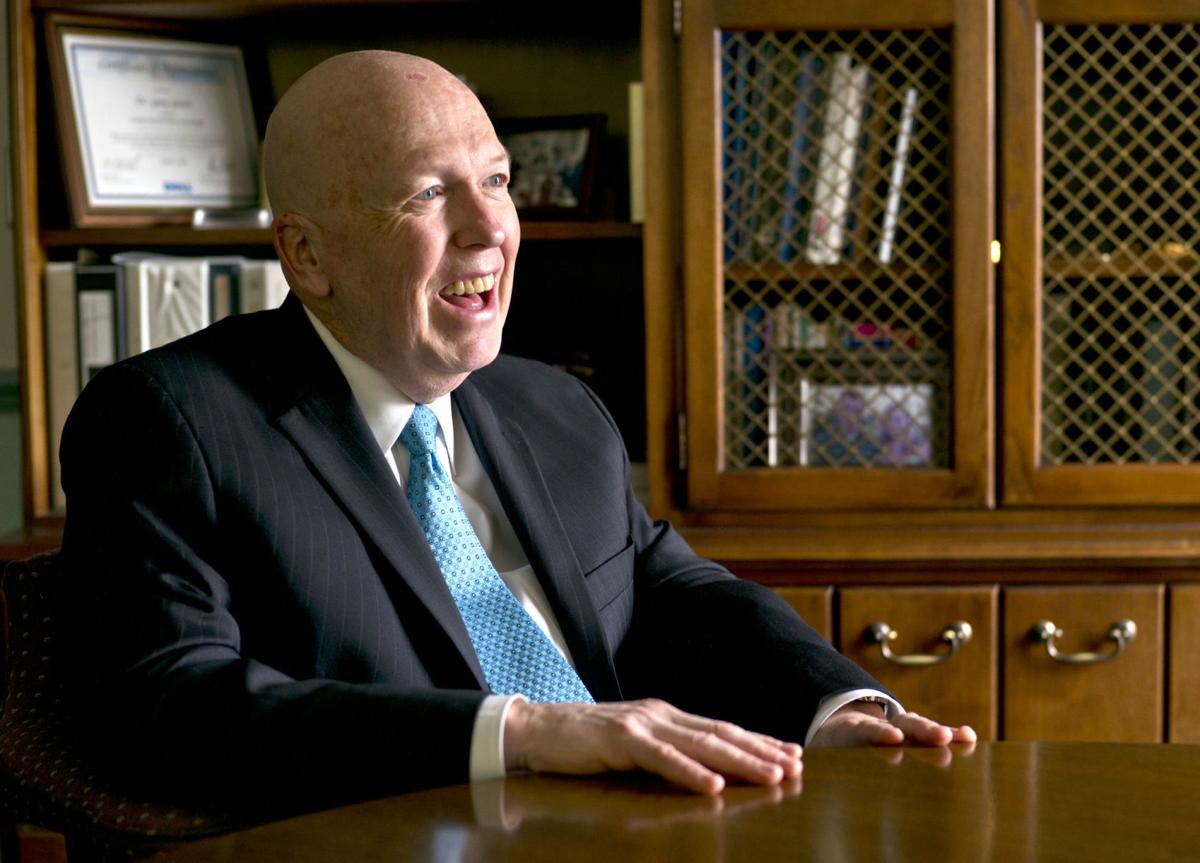 Gary Green, president of Forsyth Technical Community College, has retired from the school after serving for 17 years as its president. Journal file photos

The sign at the main entrance of Forsyth Technical Community College 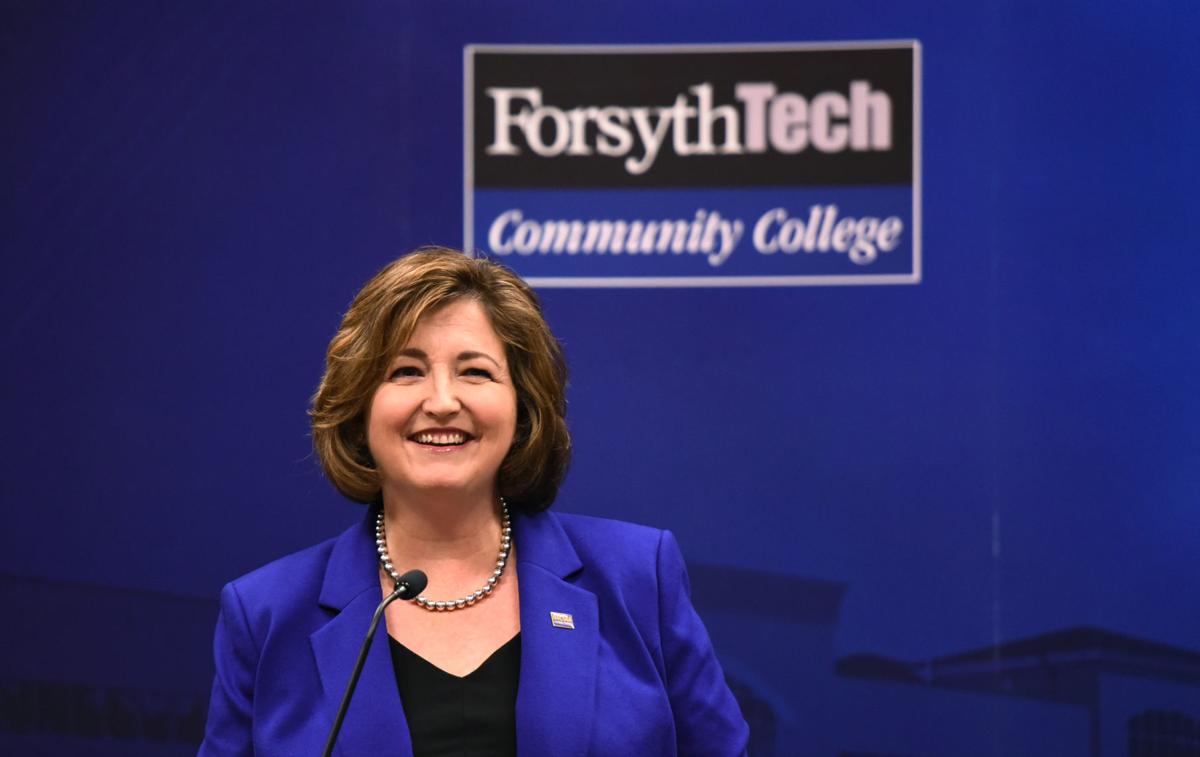 Janet Spriggs, former chief operating officer of Rowan-Cabarrus Community College, took over as president after being selected from a nationwide search that ended in October. 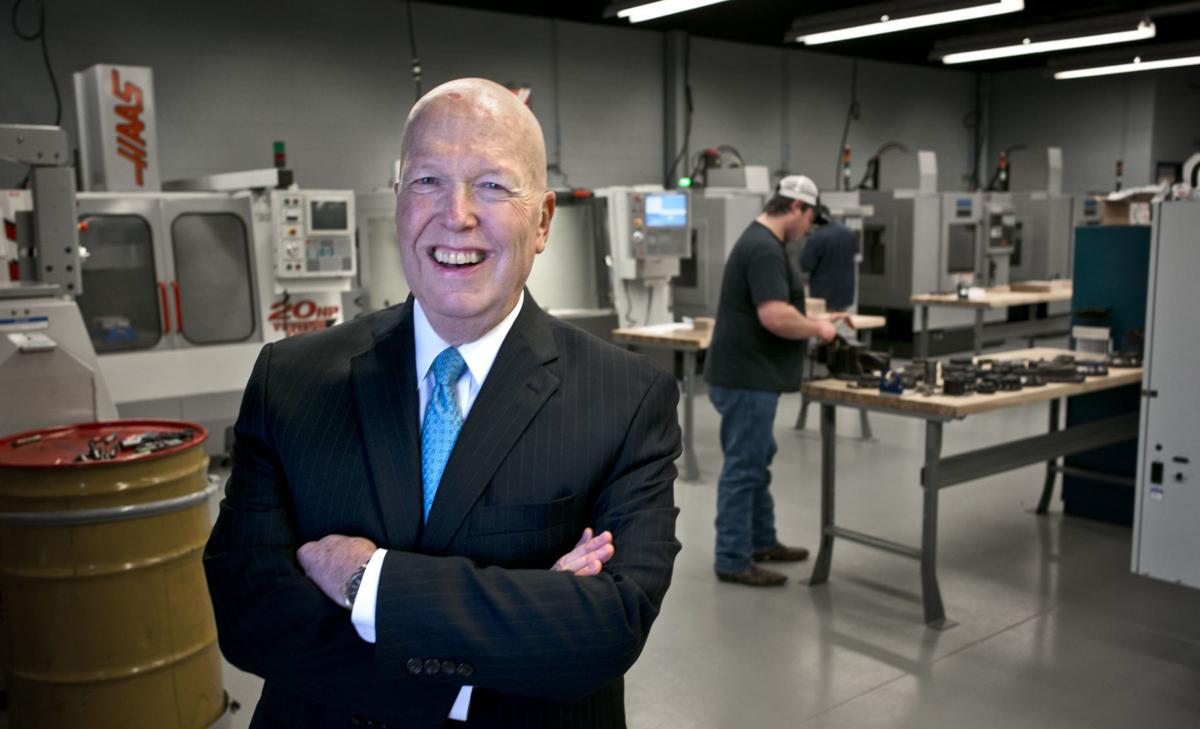 Gary Green, president of Forsyth Technical Community College, has retired from the school after serving for 17 years as its president. Journal file photos

The sign at the main entrance of Forsyth Technical Community College

Janet Spriggs, former chief operating officer of Rowan-Cabarrus Community College, took over as president after being selected from a nationwide search that ended in October.

After 42 years of working in community colleges, Gary Green has made higher education his life’s work.

He retired from his position as Forsyth Technical Community College’s longest-serving president on Tuesday after holding the job for 17 years.

“I really came to believe in what community colleges are doing providing opportunity and access to higher education for individuals who felt they couldn’t be successful or didn’t have the finances to be successful,” said Green, the college’s sixth president since it opened in 1960. “It really transforms lives.”

Green began his career teaching English in 1976 at a community college in Kentucky, where he planned to stay for a few years before eventually becoming a professor at a university, he said.

Instead, he went on to get his Master’s and Doctorate in Higher Education at the University of Kentucky before becoming the executive vice president at Calhoun Community College in Huntsville, Ala.

There, he worked closely with a number of high-tech industries in ways that prepared him to take over at Forsyth Tech in July 2001, he said.

“Some of the success we’ve had, particularly around developing career opportunities, is in biotechnology, IT and cybersecurity,” said Green, who will turn 68 this month. “We’ve grown all those areas dramatically. It’s had a really strong impact on the community as a whole.”

While Green’s reign as president was peppered with noteworthy moments, like visits from presidents George W. Bush and Barack Obama, it was the day-to-day victories that meant the most to him.

His goal going into the job was to align Forsyth Tech’s programs with the changing economy, with a focus on achieving high student success and completion rates.

Along with leading more than $100 million in facilities expansions, Green made the college’s programs current in today’s changing world, said Rachel Desmarais, chief operating officer of the college.

“When he first came to the college, he began to help us retool our existing programs and adopt new programs from tobacco and old-style manufacturing to more advanced manufacturing, technology and biotechnology,” said Desmarais, also the college’s executive vice president.

“He’s always been very good at keeping a pulse on how industries are doing and how things are moving and forming. It’s been critical to his success.”

Desmarais, who began working at the college nine months after Green, said his collaborative leadership style and humble appreciation for all the staff has made him a standout from the beginning.

He often remarks to deans and other leaders in the college: “These are the people who do the work. I just get to take credit for it,” she said.

Among his many accomplishments, Green has been integral in drawing businesses to the area and handled the surge in students during the recession gracefully, she said.

“Having a strong community college presence lets businesses know that the city can train the number of workers a company this size would need,” she said. “He is a natural leader who has grown himself and grown those around him.”

Desmarais said while many focus on enrollment numbers and graduation rate to measure success, Green has set a new standard for the college.

“He is leaving a legacy inside the college on what matters,” she said. “The end goal is not graduation or completion, it’s to become employed or better employed at a livable wage and he’s helped us focus on that.”

Green said he’s looking forward to easing into retirement with his wife, Anne, and spending time with his kids, Diane and David, both of whom live in Winston-Salem.

He said he would like to stay active in a professional sense, but on a lesser scale.

“If I wanted another full-time job I would’ve stayed where I was because I enjoyed it so much,” Green said. “Maybe something part-time to stay active. We plan to stay in Winston-Salem. It’s home to us now.”

Janet Spriggs, former chief operating officer of Rowan-Cabarrus Community College, took over for Green on Tuesday after being selected from a nationwide search that ended in October.

Green said there are still many projects underway he would’ve liked to see through but he has the utmost confidence in Spriggs and her leadership.

A new aviation lab facility is expected to open at Smith Reynolds Airport late next year with Federal Aviation Administration certification — an airframe and power program as well as an avionics program — and will have about 250 students initially.

A new building, known as the skilled trades building, is also set to open in Stokes County in late 2019.

“It’s a bittersweet feeling to leave. It was a very difficult decision, but it felt like the right time for the college and for me personally,” Green said. “I’ve enjoyed every day here, even the bad days, I’ve enjoyed them all.”