Beverly Emory talks during a press conference after she was announced as the new superintendent of the Winston-Salem/Forsyth County Schools. 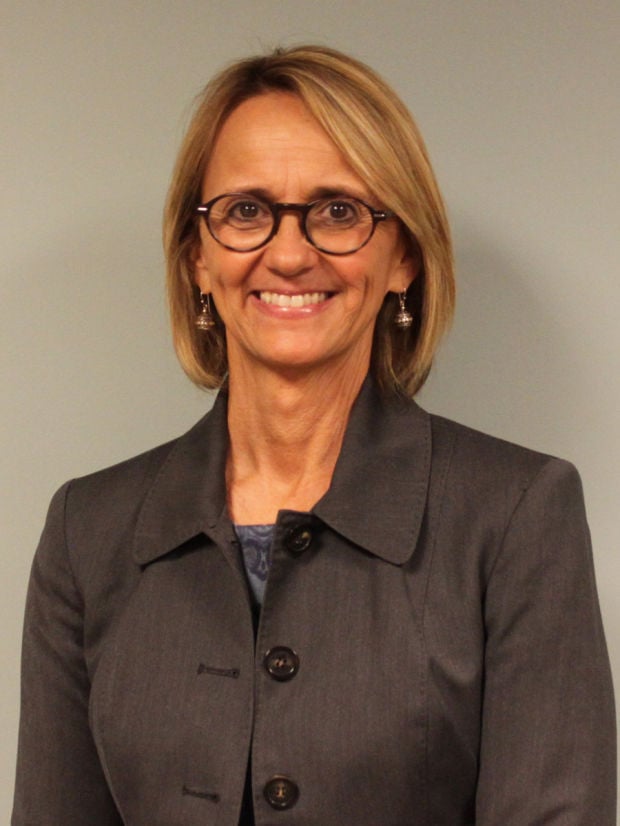 Beverly Emory will be back in familiar territory when she takes over as superintendent of Winston-Salem/Forsyth County Schools July 1.

Emory, 56, was selected Tuesday as the district’s sixth superintendent and first female to hold the position since the city and county school systems merged in the 1963-64 school year.

Emory said she jumped at the opening in Forsyth County because it’s provides a new challenge close to home. Emory is from McDowell County and began her teaching career there.

After 18 years as a superintendent, Emory said this announcement was finally close enough to home for her parents – Jackie and Wayne Bradburn – to be there.

It was a moving moment, her mother said, to watch Emory take the top spot in the district’s fifth largest school district.

“I remember when she was in the yard, raising tomatoes,” Jackie Bradburn said, “Tomatoes and Irish setter puppies.”

Emory grew up in western North Carolina. She was raised in Marion – where her parents still live -- and got her start in teaching in McDowell County Schools, the same district she attended as a student. After graduating from Appalachian State University in 1980, Emory taught math and science. From there, she moved to South Carolina where she taught for several years before moving to an administrative role and took her first post as a principal.

In 1991, Emory landed her first job as a superintendent, leading Westlake (Ohio) City School District. Emory oversaw the district of 3,700 students for seven years before taking another principal position. Emory said the step back allowed her to spend more time with her family.

From the start, Emory showed natural leadership in the superintendent role. Robin Murray, payroll manager at Westlake City Schools, worked with Emory and said she was widely respected.

“She was a strong leader for our district,” Murray said. “She was very good at communicating with everyone and keeping people feeling like they were in the loop when they needed to be.”

In 2001, Emory again assumed the role of superintendent at Oberlin (Ohio) City School District. From that district of 1,200 students, Emory made the jump back to North Carolina and into Pitt County Schools – a district of 22,000 students. Emory has served as superintendent in the state’s 10th largest district since 2006.

Marc Whichard, Pitt County Board of Education chair, said it was with a heavy heart they learned Tuesday that Emory was leaving the district.

“She did an outstanding job as our superintendent,” Whichard said. “She cares greatly about the students; they’re at the forefront of every decision she’s made.”

Whichard said gains in student achievement can be linked to initiatives Emory helped implement, including an after-school credit recovery program and alternate learning center for students struggling behaviorally and academically.

Whichard also commended Emory for her financial stewardship, saying she was able to make creative use of limited resources to maintain teaching positions. Whichard said she also showed great leadership while the district was working to change its student assignment policy. Pitt County Schools are still under a court-mandated desegregation order that dates back to 1970. The system presented a plan moving toward neighborhood schools in 2011. That plan was eventually rejected by the Fourth Circuit Court of Appeals, which determined it did not do enough to move the system towards unitary status. The district has yet to achieve full integration.

Some parents and local activists have said the Winston-Salem/Forsyth County Schools’ choice plan has led to the resegregation of local schools, particularly in the inner city.

Emory said at a press conference Tuesday that she is excited to learn more about Forsyth County’s student assignment and choice plan. The demographics and student achievement gap that presented challenges to Emory in Pitt County are similar to those in Forsyth County. She loves the challenges of a diverse community; it was part of what drew her to the district, she said.

“I’m looking forward to moving closer to home and serving the children of this fine community,” she said.