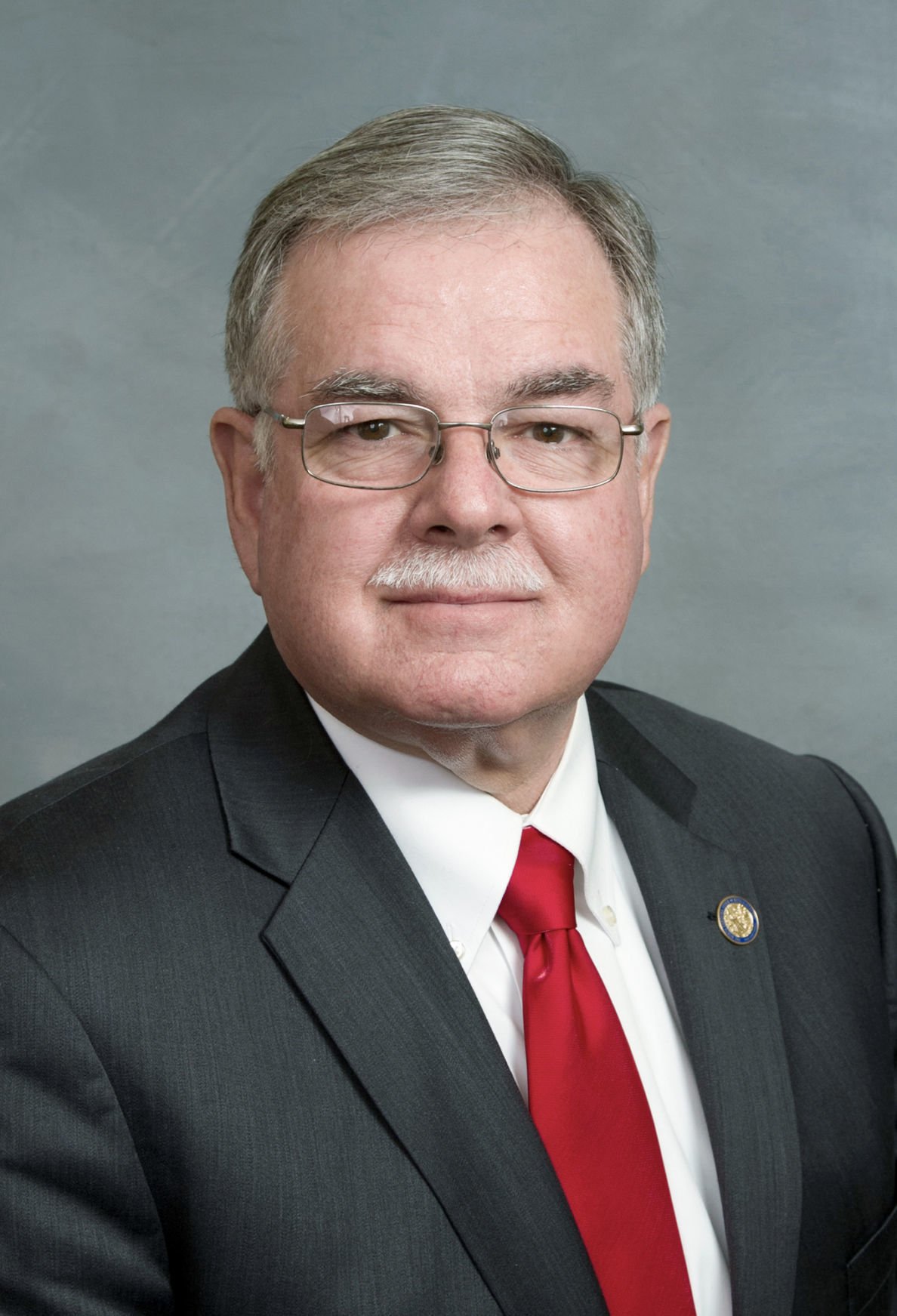 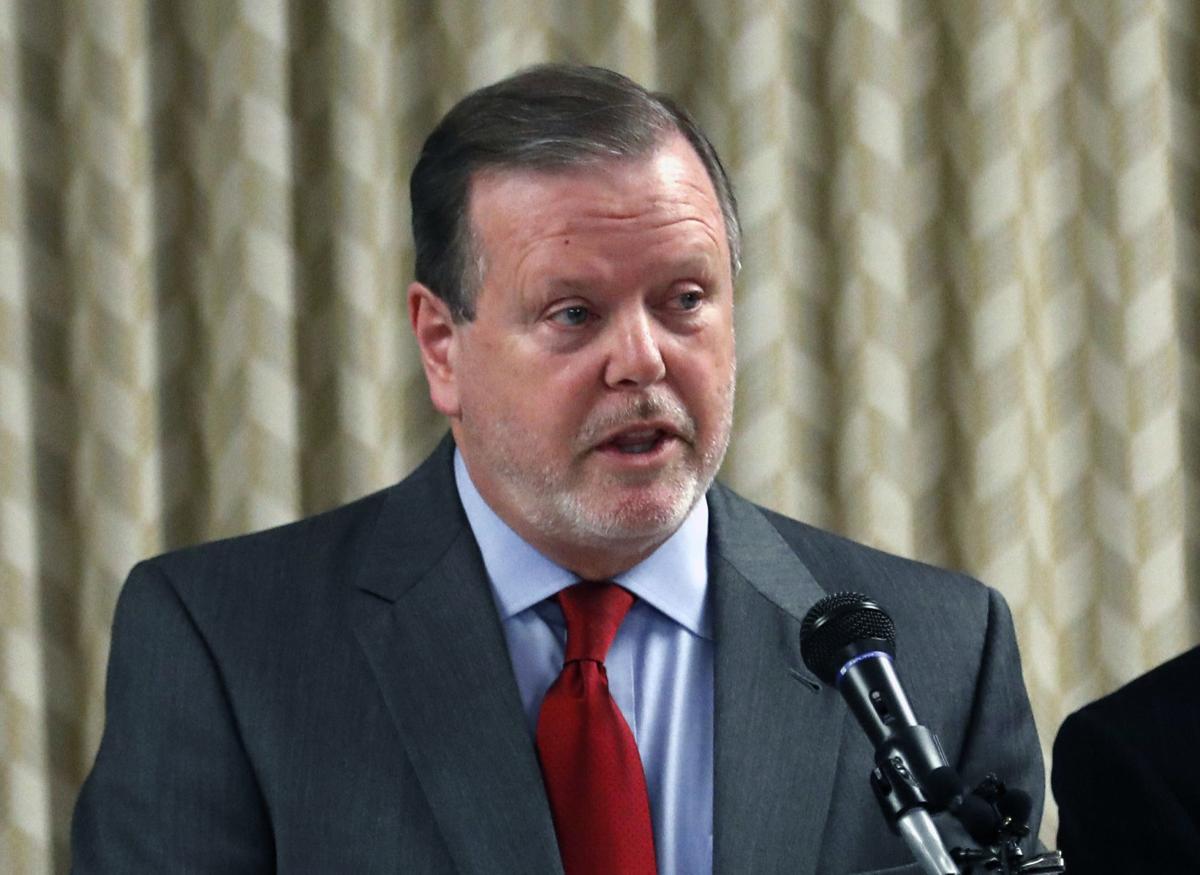 A federal oversight agency cautioned last week that the Centers for Medicare & Medicaid Services may not be properly monitoring administrative expenses related to its work requirement exemption for Medicaid expansion states.

The Government Accountability Office report, released Thursday, measures the estimated expenses in five of the nine states that have received Trump administration CMS approval for a work requirement of between 80 to 100 hours monthly.

Those are three red states (Arkansas, Indiana, Kentucky), one blue (New Hampshire) and one purple (Wisconsin).

The GAO is an independent, nonpartisan agency. It says it “examines how taxpayer dollars are spent and provides Congress and federal agencies with objective, reliable information to help the government save money and work more efficiently.”

Why the GAO report matters in North Carolina is that the only Medicaid expansion legislation with any pulse in the N.C. General Assembly is House Bill 655, sponsored by Rep. Donny Lambeth, R-Forsyth.

HB655 has a work or community volunteer requirement of up to 80 hours per month for some recipients, as well as a monthly Medicaid coverage premium based on 2% household income — both approved for four of the five states in the GAO report.

The work requirements have been held up by federal judges in at least Arkansas, Kentucky and New Hampshire. CMS is appealing the rulings in Arkansas and Kentucky.

Although N.C. House Democrats have opposed the two controversial requirements, including failing to have them removed from the bill, they appear willing to accept them as a means for advancing a form of Medicaid expansion to between 450,000 and 650,000 North Carolinians.

Most left-leaning advocate groups say that while they support Medicaid expansion, the work and premium requirements are too onerous overall compared with the potential benefit.

Berger spokesman Bill D'Elia said there are reasons to believe the federal government may not sustain its 90% match even though it has for 36 states to date.

He cited that in 2020, the federal government is reducing its contribution from 100% to 88.4% for N.C. Health Choice, a health insurance program for children in low-income households above the federal poverty line. D'Elia said that move would "leave North Carolina taxpayers to pick up the tab."

The latest version of HB655 definitively declares that the initiative would end if the federal government doesn’t keep its 90% funding pledge.

Lambeth has said the 90% federal government match is sustainable and would take an act of Congress to change.

The Washington Post reported Friday that the three-judge appeal panel for the U.S. Court of Appeals for the D.C. Circuit repeatedly said senior Trump health officials had neglected to consider that people would lose health insurance under the new Medicaid work requirement rules.

Multiple media reports have found that at least 18,000 Medicaid recipients in Arkansas alone lost their benefits because of the work requirement.

Noting that state Medicaid experiments must fulfill the basic purposes of the program, Judge Harry Edwards told a Justice Department attorney, “You are failing to address the critical statutory objective” of providing vulnerable residents with health coverage.

The attorney, Alisa Klein, of Justice’s civil division, said the administration believes that requiring low-income people to work, train or volunteer can improve their health and ultimately help them get private health plans, freeing up money that states could use for additional Medicaid services.

“The other things you say may be laudable goals, but to say they outweigh the principal goal [of Medicaid] seems a bit strange,” said Judge David Sentelle, nominated by President Ronald Reagan and the only Republican appointee on the panel.

The judges also were dismissive of the administration’s argument that work requirements for Medicaid merely extend an idea embedded for two decades in the nation’s main welfare and food assistance programs.

Sentelle said the analogies “are not comparable at all,” because Congress specifically wrote that financial self-sufficiency is a goal of the other two programs, but has never included that in Medicaid law.

The GAO said it “found weaknesses in CMS’ oversight of the administrative costs of demonstrations with work requirements.”

“GAO found that CMS does not require states to project projections of administrative costs when requiring demonstration approval,” according to the report.

“Thus, the costs of administrating demonstrations, including those with work requirements, is not transparent to the public or included in CMS’ assessments on whether a demonstration is budget neutral.”

“GAO found that three of the five states received CMS approval for federal funds — in one case for tens of millions of dollars — for administrative costs that did not appear allowable or at higher matching rates than appeared appropriate per CMS guidance.”

GAO made two primary recommendations: requiring states to submit projections of administrative costs with demonstration proposals; and assess risks of providing federal funds that are not allowable to administer work requirements and improve oversight procedures.

CMS responded to the report by saying that “it did not concur with the recommendations and stated its procedures are sufficient given the level of risks.”

GAO responded to the CMS statement by stressing that “it maintains that the recommendations are warranted.”

There already are 2.1 million North Carolinians receiving Medicaid services, with 1.6 million eligible for additional services through a planned transition to prepaid health plans currently set to go into effect Feb. 1.

The left-leaning N.C. Justice Center has estimated that 23% of potential Medicaid expansion recipients, or between 103,500 and 149,500, would be subject to the work or community volunteer requirements.

The estimated additional Medicaid cost for administrating the work requirements is $271.6 million in Kentucky, $69.4 million in Wisconsin, $35.1 million in Indiana, $26.1 million in Arkansas and $6.1 million in New Hampshire. The costs represent between one to three years of expenses, which primarily goes to cover information technology costs.

Lambeth said HB655 would not be significantly affected by the GAO findings, in large part because North Carolina is trying to create a new Medicaid expansion initiative rather than amend an existing Medicaid program.

“Any added cost the way we will be structured would be funded by the premium paid by participants or providers,” Lambeth said.

There would be an annual $758 million assessment from the state’s hospitals and healthcare systems to cover the state’s 10% match of additional administrative costs. Berger has stated his opposition to the assessment, calling it a tax on patients.

Lambeth said the federal guidelines “are helpful and acknowledge that a work requirement is acceptable to CMS if properly structured.”

“We believe a work requirement is an essential component of any Medicaid plan. We plan to have critical quality metrics that rewards providers with good outcomes.

“With more care paid for, as opposed to high levels of uncompensated care in North Carolina, the cost to private plans will also decrease,” Lambeth said.

Rep. Pricey Harrison, D-Guilford, said that while the GAO report was informative for pointing out potential funding concerns, “the solution to me is no work requirement.”

“Many North Carolinians who need access to health care through Medicaid expansion are already working and if not, it’s likely because they cannot, due to illness or care giving, etc.”

On Sept. 18, the House Health committee addressed 12 amendments to HB655, four of which were approved, before recommending the bill to the Rules and Operations committee.

Five amendments were withdrawn after Lambeth said he would discuss the potential legislation with their sponsors.

It is not clear when the full House will address the bill given there are not expected session votes until Oct. 21.

Many of the 12 amendments were submitted on the House floor after HB655 was fast-tracked by House Republican leadership July 9 as a negotiating tactic linked to Democratic Gov. Roy Cooper’s June 28 veto of the GOP state budget compromise.

The bill was sent back to committee shortly after the House GOP leadership conducted its highly controversial veto override vote with most Democratic members absent from the chamber. Moore has pledged to hold a vote on HB655 once it returns to the House floor.

Lambeth said his goal was “to do committee work in the committee, not on the floor.”

HB655 “has a chance to clear the House only if Democrats reconcile themselves to the necessity of work requirements and premiums,” said Mitch Kokai, senior policy analyst with the Libertarian think tank John Locke Foundation.

“If Democrats hold out for Gov. Cooper’s version of Medicaid expansion with no skin in the game for new participants, the bill will fail. Even if Democrats sign on to these necessary provisions, it’s not clear that enough House Republicans will join them to secure a majority.”

Kokai said the GAO report focuses on the proper use of federal funds and the desire to minimize waste and abuse.

“It takes no stand on the policy question of whether work requirements make sense,” Kokai said. “So, the report offers N.C. policymakers minimal help in deciding how to proceed with this state’s Medicaid program.”

“It’s interesting that the federal agency in charge of Medicaid — which has a vested interest in keeping Medicaid dollars flowing to their best use — believes that its procedures ‘are sufficient given the level of risk.’

“If Medicaid overseers in Washington believed that the administrative costs of work requirements could take up too much of the program’s funding, it’s likely that they would have concurred with GAO’s findings,” Kokai said.

John Dinan, a political science professor at Wake Forest University and a national expert on state legislatures, said the main implication of the GAO report “is that if federal officials were to adopt some of the report’s recommendations, it could make it slightly more difficult, at the margin, for states to secure federal approval for Medicaid work requirements.”

“The process requires that adding Medicaid work requirements be budget neutral, and the report’s recommendations, if adopted, could make it slightly more difficult for states to make the case for the budget-neutral effects of work requirements.”

Dinan agrees with Kokai that the report does not deal with the merits of federal court rulings halting implementation of the work requirements in Arkansas, Kentucky and New Hampshire.

“Any effort in North Carolina, or other states, in coming years to include a Medicaid work requirement as part of a possible Medicaid expansion is a non-starter for the foreseeable future, at least until federal litigation in other states about the legitimacy of work requirements is resolved,” Dinan said.