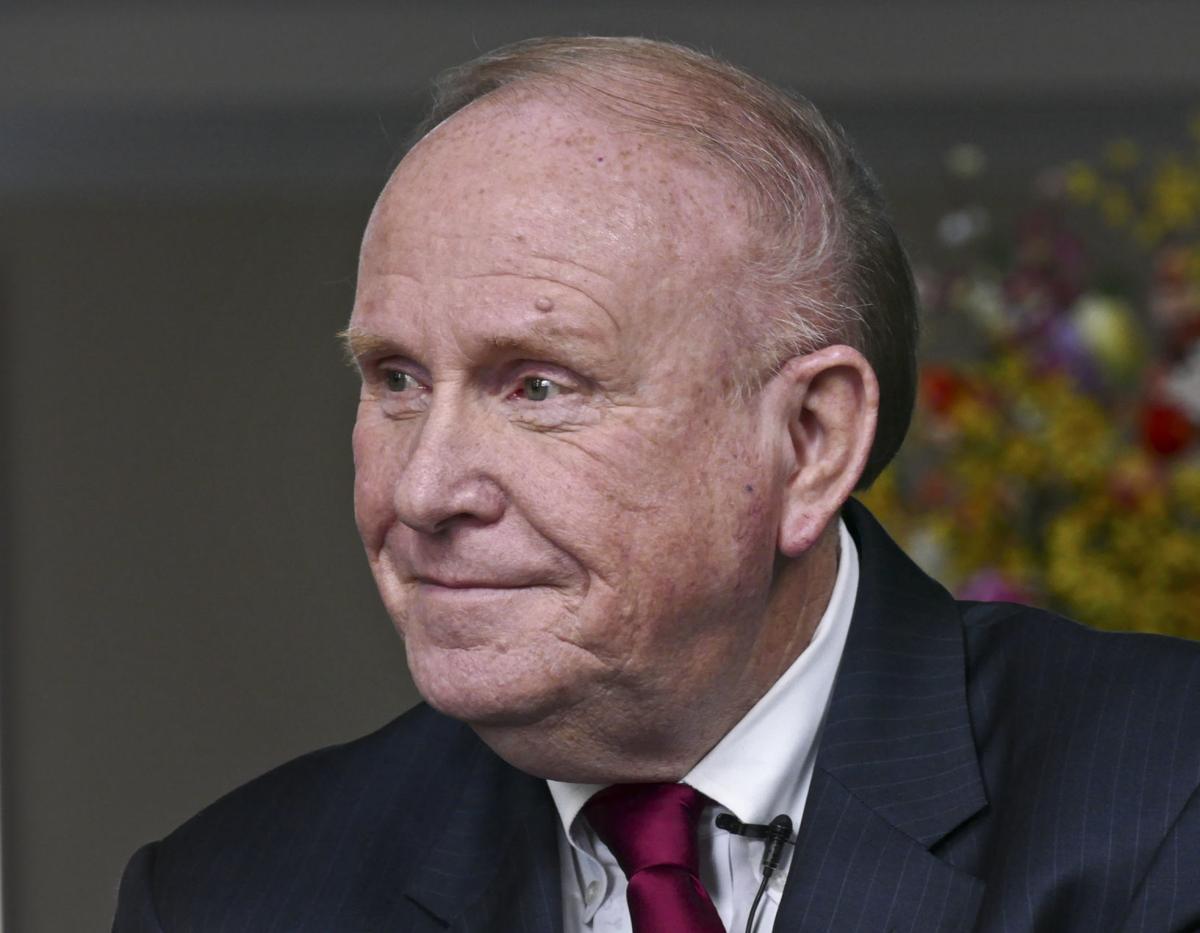 “I think our judge understood the importance of retaining our First Amendment rights,” said the Rev. Ron Baity, pastor of Berean Baptist Church.

Sherry and Jim Womack, of Lee County, and Carl Mischka of New Bern, right, pray during a Return America rally, calling on Gov. Roy Cooper to rescind his executive order prohibiting churches from holding indoor worship services on Thursday, May 14, on the Legislative grounds in Raleigh.

“I think our judge understood the importance of retaining our First Amendment rights,” said the Rev. Ron Baity, pastor of Berean Baptist Church.

Sherry and Jim Womack, of Lee County, and Carl Mischka of New Bern, right, pray during a Return America rally, calling on Gov. Roy Cooper to rescind his executive order prohibiting churches from holding indoor worship services on Thursday, May 14, on the Legislative grounds in Raleigh.

A federal judge issued a temporary restraining order Saturday allowing indoor worship services to resume in North Carolina until a hearing can be held later this month.

“I think our judge understood the importance of retaining our first amendment rights,” Baity said Saturday in a phone interview with The Winston-Salem Journal.

“We are most pleased, and first of all we are thankful to our Lord. And secondly we are most pleased that our First Amendment rights that were basically taken away from us have been reinstated.”

“We don’t want indoor meetings to become hotspots for the virus and our health experts continue to warn that large groups sitting together inside for long periods of time are much more likely to cause the spread of COVID-19," Porter is quoted as saying. "While our office disagrees with the decision, we will not appeal, but instead urge houses of worship and their leaders to voluntarily follow public health guidance to keep their members safe."

The order remains in effect until a hearing can be held on May 29. Should the governor’s order expire before the hearing, all parties are to notify the court. Baity said he expects the court to dismiss the lawsuit now that Cooper’s office said it won’t appeal the ruling.

“The judge was very concerned, as we have been from the beginning, that the church is being treated different from other entities,” Baity said. “It’s discrimination, that’s the bottom line. The church has been treated differently.”

Dever found there was no faith-based bigotry motivating Cooper’s executive order, but said the Constitution required government neutrality in matters of faith, not “governmental avoidance of bigotry.” Cooper’s counsel conceded there is no public health rationale for allowing 50 people to gather at an inside funeral while limiting worship services to 10 people, Dever wrote.

“This court does not doubt that the Governor is acting in good faith to lessen the spread of COVID-19 and to protect North Carolinians,” Dever wrote.

According to court filings, both Berean and People’s Baptist believe it is their God-commanded duty to hold in-person worship services. Church attendance is key to being a member of Berean Baptist, so much so that failing to attend at least one service every two months subject’s that congregant’s membership to automatic termination.

Baity is Berean’s founder and the President of Return America, a religious organization aimed at influencing people to preserve the “Judeo Christian values” it believes the United States and North Carolina was founded on, according to its most recent IRS filing. In the past, Baity has been outspoken in his opposition against same sex marriage and his support of HB-2.

“We’re out here on the front lines fighting,” Baity said about Return America. “We do this because when we see our biblical and constitutional rights are being threatened, we’re thankful that we have influence across the state from the mountains to the coast.”

According to court filings, Return America regularly conducts rallies, conferences and other gatherings. The organization reported spending only $12,134 in the most recent fiscal year, and has $376,941 on hand.

However, Baity said the group only mobilizes when their values or their rights are being infringed upon. Baity gave examples like when same-sex marriage became legalized and Return America held a rally in protest that saw 12,000 people attend.

On Thursday, Return America organized a rally at the North Carolina statehouse in Raleigh where 200 people attended to protest Cooper’s order. Baity said then he wanted the governor to treat churches the same as “Walmart, abortion clinics and liquor stores.”

The Rev. and Bishop Sir Walter Mack Jr., senior pastor at Union Baptist Church in Winston-Salem, said Thursday his church would adhere to CDC guidelines and other advice from medical professionals. When asked about the court’s ruling Saturday, Mack echoed his remarks Thursday in a text message with a reporter.

“I just hope everyone has safety at the forefront of their agenda,” Mack wrote. “Everything lawful is not always expedient.”

I am grateful to the Lord for a pastor who will take a stand, whether popular or not, when taking a stand is necessary. Dr. Baity did not do this upon a whim. he saw the real need, the real threat. The topsy-turvy regulations, which made ABC stores essential and churches non-essential, and which quarantined the well instead of the sick, were indeed a real threat to our basic rights. God bless you, pastor. And, God bless you, your honor, for understanding that.

Oh No! Now I don't have a reason not to go to church!