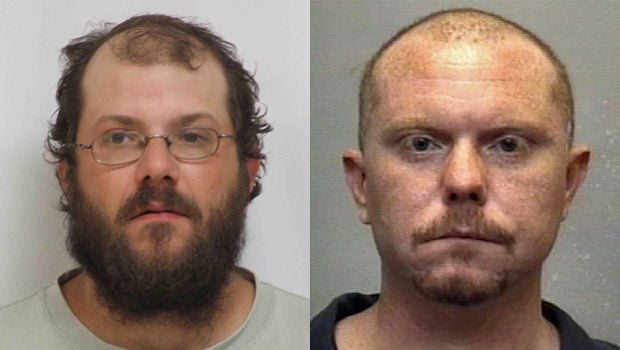 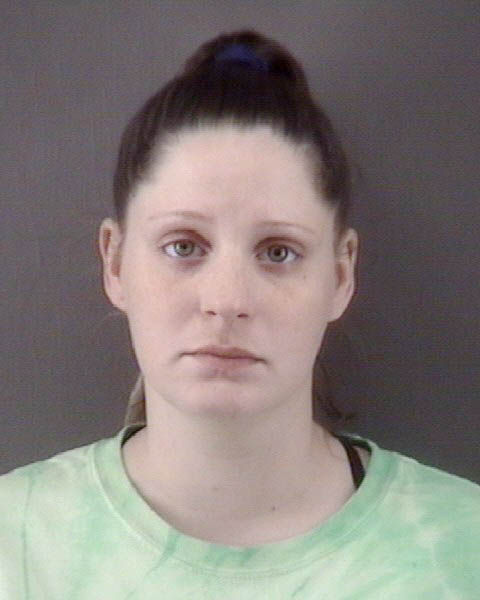 Two families received the kind of news Monday they never wanted to hear — that the skeletal remains of two men missing for five years had been found in shallow graves in the backyard of a house in Clemmons.

Authorities positively identified the remains as belonging to Joshua Fredrick Wetzler and Tommy Dean Welch. Both men were reported missing in 2009 and, according to search warrants, they were killed that same year and buried. Forsyth County Sheriff’s investigators executed a search warrant Oct. 5 at 2749 Knob Hill Drive and unearthed the skeletal remains.

Stacey Carter, Wetzler’s former girlfriend and the mother of his son, said that she last saw him in July 2009. She didn’t report him missing until six months later after he failed to make contact with his family during the Christmas holidays. His car was found behind an apartment complex four months after he disappeared, Carter said. She said it was not unusual for Wetzler to hit the road for a few months but that she grew worried after the holidays came and went without hearing from him. She said he would not let Christmas pass without contacting his son.

She said Wetzler liked going to music festivals and listening to such jam bands as Widespread Panic and the Grateful Dead. He could often be seen at the shows wearing a full beard, a baseball cap atop a bushy head of hair and a hemp necklace.

“Josh was a peace-loving hippie,” Carter said. “He was a generous and kind person.”

Rusty Welch, Tommy Welch’s brother, said family members had plans to meet at Rusty’s apartment in Clemmons the day his brother disappeared. Tommy had been walking from the apartment he shared with his mother on Cook Avenue in Clemmons back to Rusty’s apartment on Colonial Arms. He had been at Rusty’s apartment earlier but had gone home to fix a broken stereo. When they got to Tommy’s apartment later, the stereo was there — fixed and with one of Tommy’s favorite Michael Jackson albums on it — but no Tommy. A missing persons report was filed the next day, Oct. 4, 2009.

“We all had plans,” Rusty said. “We was going to sit down and have a good night.”

Rusty, now 30 and living in Rockingham County, worked at Domino’s at the time and was bringing a pizza home. He, Tommy, their mom and Rusty’s wife and children were planning to eat dinner and watch movies together. Tommy never showed up.

“Over the next 24 hours, I had a gut feeling that something was wrong,” Rusty said.

Authorities have not said how Wetzler and Welch died or what connection they may have had to Algarad and Burch.

Carter reported Wetzler missing to the Davie County Sheriff’s Department in February 2010. At some point, Carter said, she heard a rumor that Wetzler was buried behind Algarad’s house on Knob Hill Drive and contacted the police.

According to court documents, Algarad regularly performed “Satanistic rituals” and animal sacrifices at the house at 2749 Knob Hill Drive. Carter said Wetzler was not violent and had no interest in Satanism or the occult.

“Hell no,” Carter said when asked whether he had such interests. “I don’t know what put him in contact with them (Algarad and Burch).”

Algarad was born John Alexander Lawson and changed his name in 2002 for religious reasons, according to court documents. His first name is the name of an Assyro-Babylonian demon and was used as the name of the demon in the movie, “The Exorcist.” Algarad was charged and later convicted of accessory after the fact to involuntary manslaughter in connection with the shooting death of Joseph Emmrick Chandler, whose body was found June 7, 2010, near the Yadkin River.

Psychiatrists at the now-shuttered Dorothea Dix Hospital in Raleigh interviewed Algarad to find out if he was capable of going to trial. He told interviewers that he practiced a “Sumerian” religion that involved the monthly ritual sacrifice of a small animal. They also determined that Algarad had a history of mental illness that included schizophrenia and agoraphobia. He had problems with alcoholism, admitting that he drank up to 18 beers a day, and had poor hygiene.

‘I didn’t think any of this would happen’

Rusty Welch said the last five years have been tough, waiting and wondering.

“I’ve been living my life the last five years like he’d just show up and walk through the doors,” he said. “I thought he’d have big news for us or something and that’s why he disappeared. I didn’t think any of this would happen at all to our family.”

Tommy was the oldest of three boys, who grew up in Arkansas. Tommy was good with cars and enjoyed souping up his cars and upgrading the stereo systems. Tommy drank on occasion, Rusty said, but was never into drugs.

They were close, he said. After Tommy went missing, Rusty spent his free time searching for his brother in the woods and checking in garbage cans.

“It got really bad,” he said. “So my wife decided it’d be better for me to stop looking around.”

They moved to South Carolina for a while and recently returned to North Carolina and live in Reidsville.

Rusty said his brother was a great uncle to Rusty’s two oldest children — Aaliyha, now 10, and Gage, 9. Tommy would babysit them while Rusty and his wife went to work. Rusty choked up talking about his youngest son, Brysen, 3, who never got to meet his Uncle Tommy.

Carter said she and Wetzler met at a music festival in Olympia, Wash. They had similar interests, including horses.

They moved to Davie County in 2002 and worked toward a dream of owning a horse farm. Wetzler went to a horseshoeing school in Kentucky while Carter explored her interest in therapeutic riding. After their son was born, the couple split and the dream evaporated.

“We just went down different paths,” Carter said. “He did not domesticate well.”

Wetzler was convicted of a drug felony in February 2009 in Davie County and put on probation. His life changed after the conviction, leaving him financially strapped and unable to find work, Carter said.

“He dug a hole that just got deeper, and he lost contact with a lot of friends,” she said. “He got himself in a situation that was overwhelming and there was no help to be had.”

But he kept in contact with his son and tried to be a good father, Carter said.

Over the years, Carter developed a foreboding sense that Wetzler had been murdered and abandoned hope he would be found alive. She moved on with her life with her son, starting a therapeutic riding center in Rowan County for at-risk kids. She said she believes in the power of such programs, a belief underscored after hearing of Wetzler’s accused murderers.

She said learning that Wetzler’s remains have been identified has left her emotional, but not all of the emotions these days are sad ones. There is relief — and happiness — that Wetzler’s body is no longer buried behind Algarad’s house.

“I feel like his spirit is free,” Carter said, “from a very dark place.”

More in Read more: The Journal's Pazuzu Algarad coverage from beginning to end (18 of 65)

Amber Burch seemed a little different, a friend says, when she visited her childhood hometown of Rock Hill, S.C., just four days before she wa…