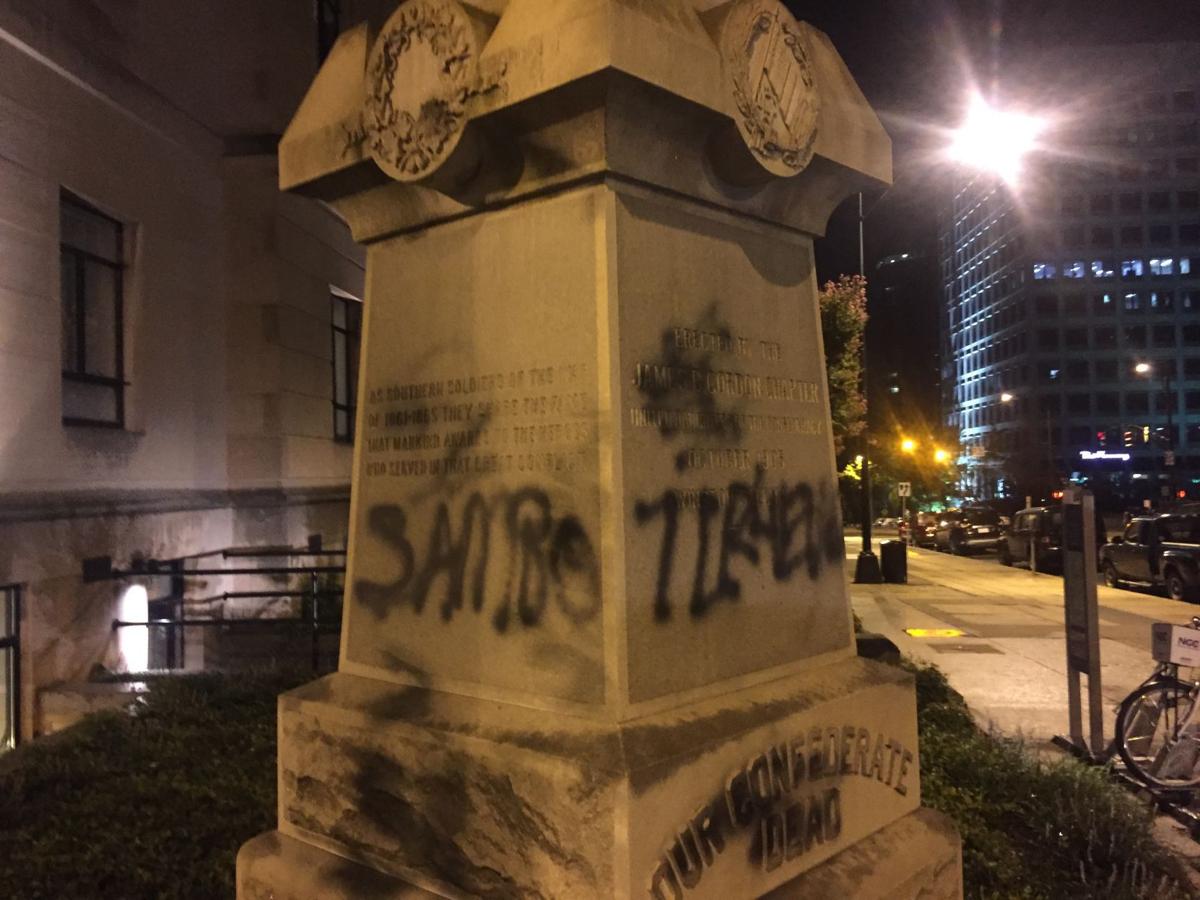 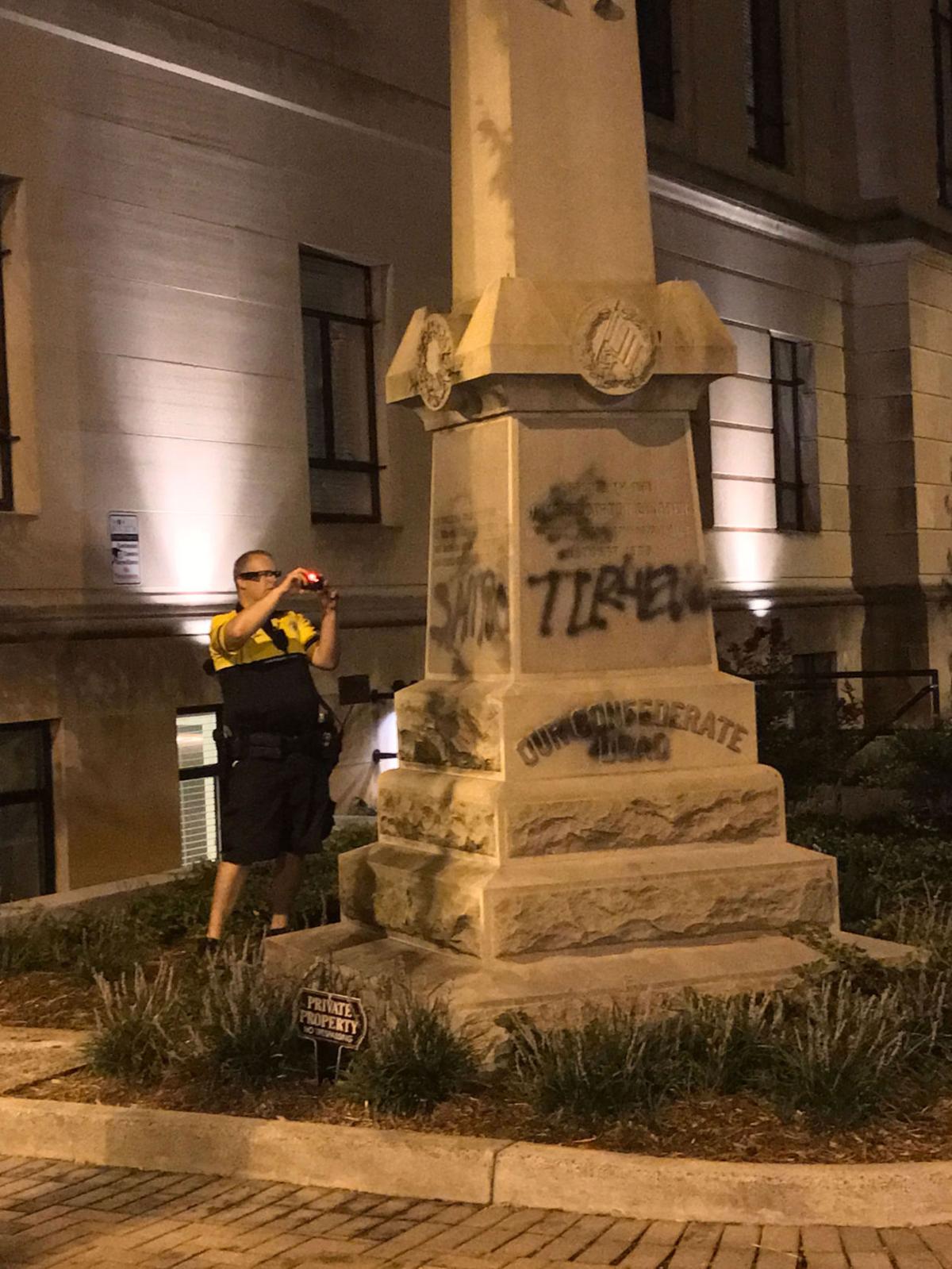 A Winston-Salem police officer takes a photo of the downtown Confederate soldier statue that was vandalized Friday evening.

A Winston-Salem police officer takes a photo of the downtown Confederate soldier statue that was vandalized Friday evening.

The incident happened after 9 p.m. at the statue on the corner of Fourth and Liberty streets, Winston-Salem police said.

The vandal or vandals painted words on two sides of the statue near its base. Black paint also partially covered the motto, “Our Confederate Dead.”

The Confederate soldier on top of the monument wasn’t damaged.

By 11 p.m., police had cleaned all of the writing and most of the paint from the statue.

An officer at the scene said they got off as much as they could.

“We are real early in the investigation,” Morris said he stood next to the statue.

The vandalism occurred shortly after police issued a statement that they had received several inquiries from residents about a potential KKK rally here downtown today. Police said the information appears to be a social media rumor and they have received no requests from the KKK for a rally.

An officer in a patrol car was watching the statue earlier Friday evening, said Leah Hall who works at Mooney’s Mediterranean Cafe, a restaurant at the corner of Fourth and Liberty streets.

As soon as the officer left the scene, someone spray painted the statue, Hall said, but she didn’t see it happen.

Earlier Friday, three men who stood in front of the statue told Hall that they came to the site to pay their respects to the monument, she said. Those men left before dark. People who appeared to be guarding the statue had been out there all week, Hall said.

“It is a little frightening, especially after everything that happened this week,” Hall said.

The vandalism at the statue happened six days after white nationalists staged a rally in Charlottesville to protest the city’s decision to remove the statue of Confederate Gen. Robert E. Lee. Counterprotesters flooded the city, and members of both sides fought.

Heather Heyer, 32, was killed Saturday when a car mowed down counterprotesters. James Alex Fields, 20, of Maumee, Ohio, and a Nazi sympathizer, has been charged in her death.

Several pedestrians walking on Fourth Street stopped and looked at the graffiti. Many asked each other what it said.

“I want to know what it says,” said Jameel Balenton of Charlotte, who was walking through downtown.

Balenton said he was OK with the statue’s defacing because “it gets us away from the Confederate mindset.”

Sophia Pappalardo of Winston-Salem accompanied Balenton as they stood in front of the statue. She said that all Confederate statues in the country should be removed.

Allen Smith of Wilkesboro, who was visiting downtown Winston-Salem Friday, said he was sad about the vandalism.

“It has been here for so long,” he said of the statue. “You wouldn’t tear a page in a history book because you don’t like what happened. This is the same thing.”

Some members of the Winston-Salem City Council are saying the time has come to find a new home for the Confederate statue downtown, although i…