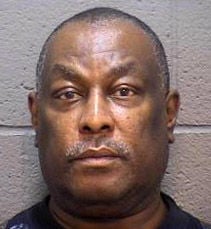 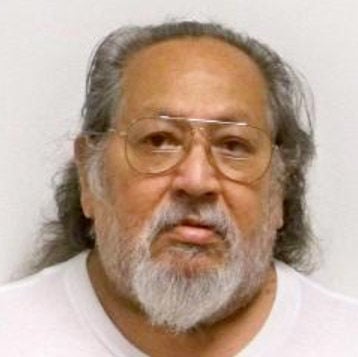 Robert DelReal, a former Boy Scout leader from Forsyth County, convicted in May 1991 of multiple sexual offenses between 1984 and 1990 and indecent liberties with a child in 1986.

Robert DelReal, a former Boy Scout leader from Forsyth County, convicted in May 1991 of multiple sexual offenses between 1984 and 1990 and indecent liberties with a child in 1986.

As The Boy Scouts of America file for bankruptcy protection as part of creating a compensation fund for men molested as boys while in the Scouts, at least six men with area ties can be found among the thousands of credibly accused Scout leaders turned sexual abusers.

The abusers, and detailed records of their abuse, can be found in a trove of formerly confidential BSA documents identifying sexual abusers in its ranks, known commonly as the “Perversion Files,” with the majority of known local abuse happening in the late ’70s and mid-’80s.

The Chapter 11 filing has long been anticipated and allows the Boy Scouts to continue operating while it reorganizes its finances to create a trust to pay hundreds of potential victims. The filing gives alleged victims a limited amount of time to come forward before being barred indefinitely from seeking compensation.

Of the six men with Winston-Salem ties, five have been convicted of sexual abuse, according to offender information from the North Carolina Department of Public Safety.

Most recently, James Thomas Davis, a former employee of R.J. Reynolds Tobacco Co., was convicted of four counts of taking indecent liberties with a child in 2015, the charges stemming from events more than 30 years ago when he led the Boy Scout troop at Shiloh Baptist Church.

The Boy Scouts were aware of Davis’ actions at the time, severing ties with him in 1987, according to a then-letter in the confidential files. There is no record that the Boy Scouts reported Davis’ abuse, or any of the other instances of abuse in Winston-Salem, to the police, as all correspondence between the BSA and the abusers is listed as confidential.

The sixth Scout leader, James Randolph Brown, is accused of fondling a child’s genitals during a camping trip in 1988 and was subsequently barred from ever associating with the Scouts again. The Journal could not locate any records for an arrest for Brown, and in a handwritten letter to the Old Hickory Council of the BSA, Brown denied any and all allegations against him. He died in 2010.

DelReal is currently serving a life sentence in prison for first-degree sexual offense.

According to the BSA files, Horton is not accused of sexually molesting a child during his time as a Scout leader, but rather was barred from the Scouts after leadership became aware of a previous 1977 conviction for first-degree rape and indecent liberties with a child. He served 10 years in prison and served as a troop leader within a year of being released, according to the documents.

In a handwritten letter from 1988, Horton says he never tried to hide his criminal record from the BSA, and that he was simply never asked about it when he applied to be a Scout leader.

Of the abusers, Verheyen stands out as the most prominent Winston-Salem resident convicted in the Boy Scout scandals. A then-executive with Integon Insurance, Verheyen’s resume lists him as a PTA president for his son’s elementary school, a former radio station manager and a member of the local BSA council’s executive board.

Winston-Salem Journal articles from 1989, when he was charged, report Verheyen molested at least four boys between the ages of 11 and 14 on Boy Scout camping trips between 1977 and 1984.

The Rev. George P. Robinson, senior minister of Centenary United Methodist Church where Veryheyen was a troop leader, told the Journal in 1989 that the Boy Scouts recommended the church name him as a troop leader.

Convicted on 23 counts of taking indecent liberties with a minor, then-Superior Court Judge Joseph R. John sentenced Verheyen to five years of active prison time, and gave him a suspended sentence of 20 years on the grounds he do 100 hours of community service and pay a $1,000 fine.

Rickey Vernon was 29 in 1983 when the BSA became aware of his abuse. A troop leader in Arcadia, Vernon molested at least two Scouts in his troop under the guise that they would be enlisted into the “Order of the Sword,” according to BSA documents.

To be inducted into the Order of the Sword, Scouts had to “shower with Rick and wash each other,” according to the documents. Vernon would give each Scout inducted a certificate and medal for completing the “first degree” of membership.

Other times, Vernon, a theater manager, would take boys to the theater where he worked and leave them in rooms by themselves before molesting them.

In 1989, Vernon was convicted of two counts of taking indecent liberties with a child for which he served eight years in prison.