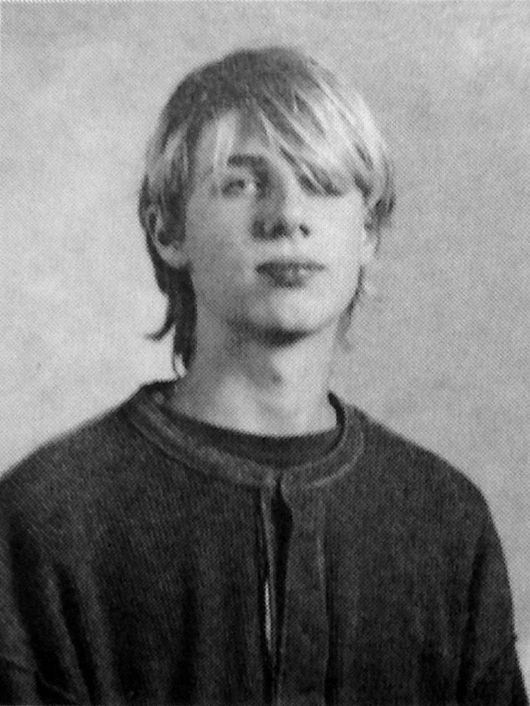 CLEMMONS — In the Knob Hill neighborhood of Clemmons last week, a woman put mulch on her flower beds. An American flag flapped in the breeze. Rose bushes framed a sidewalk. Halloween ghosts poked out of bushes.

And a patrol car sat in a driveway at a house bordered with yellow tape.

It was no ordinary week in the village.

The opening date of the Dairi-O, West Forsyth’s football season, the traffic on Lewisville-Clemmons Road — all topics of interest in Clemmons — have been shoved to the side as people trade news and rumors about the discovery of two bodies in the backyard of 2749 Knob Hill Drive.

Pazuzu Algarad and Amber Burch, the home’s occupants, have been charged with murder in the deaths of two area residents missing since 2009 — Tommy Dean Welch of Clemmons and Josh Wetzler of Davie County. A third person, Krystal Nicole Matlock, is charged with accessory after the fact of first-degree murder.

“It’s all people are talking about,” said Heather Martin, a hostess at the Clemmons Kitchen. “Most of the people who eat here live within five miles of the house. And this has shaken a lot of people because they live so close. It’s literally put it in people’s backyards.”

The scene was particularly grisly, fueling the rumor mill, which churned with tales of animal sacrifices, satanic rituals, even cannibalism. People recounted where they had seen the couple — Taco Bell, the Clemmons Food Pantry to name a few — and shared stories of third- and fourth-hand encounters.

Stories with a Clemmons dateline followed by the words “Satanic rituals” and “devil” showed up in California and Colorado and on the widely read online publication The Huffington Post. A publication in the United Kingdom picked it up.

The scene became a magnet for curiosity seekers who drove on Knob Hill Drive to gawk at the modest brick house. But there is little to see from the car, except a black-painted front door with some barely visible scribbling and ropes of ivy curling around a rusted basketball goal.

A deputy with the Forsyth County Sheriff’s Office has been stationed at the house since Algarad and Burch were arrested on Oct. 5.

By all accounts, neighbors on Knob Hill Drive had few dealings with the couple, who shared the home — at least for awhile — with Algarad’s mother, Cynthia James.

She has declined to talk with the Winston-Salem Journal.

Talk of the alleged murders spread to local churches on Sunday. The Rev. Clark Chilton of Clemmons United Methodist Church spoke to kids in the church’s youth group about the accused murderer that most have come to simply refer to as Pazuzu.

He was born John Lawson before changing his name in the early 2000s to reflect his interest in a religion rooted in Satanism.

For most of a year, Chilton picked up Algarad and took him to West Forsyth High School. He couldn’t recall how they first met, but he said he believes that Algarad one day approached him about hitching rides to school. Chilton lived near Knob Hill Drive.

Chilton painted a picture of an extremely withdrawn and shy teenager. He prodded him into conversation, and the two got to know each other, sharing similar interests in some of the popular alternative rock bands of the era.

“He was very sad. Whenever he’d get in the car, he wouldn’t talk much. You could tell he hadn’t necessarily showered,” Chilton said. “He wore the same clothes a lot.”

At school, Algarad had a few friends. He liked to joke around, was into skateboarding and smoked cigarettes.

Chilton noticed something else.

Chilton lost track of him, saying he last saw him in 1996. Algarad dropped out of school in the ninth grade.

When he saw the news last week, he immediately recognized his old friend.

“My gut reaction was sadness for the people who lost their lives especially, but compassion for him,” Chilton said. “And it breaks my heart to go online and see all this judgment about someone they don’t even know.”

On Sunday, Chilton talked to the kids in his church’s youth group about the boy he knew as John and asked them to pray for him. He also talked to them about the importance of families and parents.

“It fascinates me how the paths of our lives, our choices, make such a big impact on who we become, and that is something that I conveyed to the youth, too,” Chilton said.

More in Read more: The Journal's Pazuzu Algarad coverage from beginning to end (19 of 65)

Investigators return to Clemmons house where bodies were found

CLEMMONS — Forsyth County Sheriff’s deputies, CSI units and the State Bureau of Investigation were back Friday morning at the Knob Hill Drive …