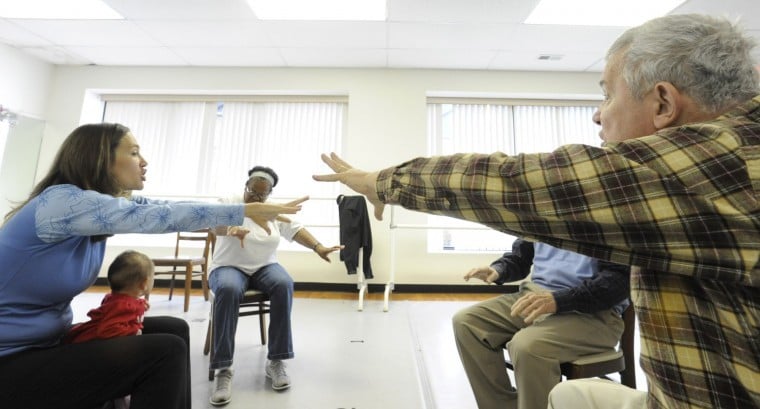 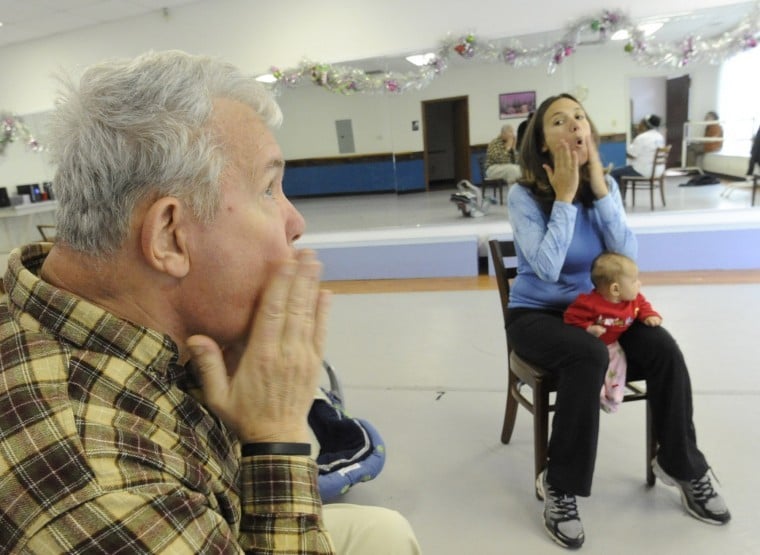 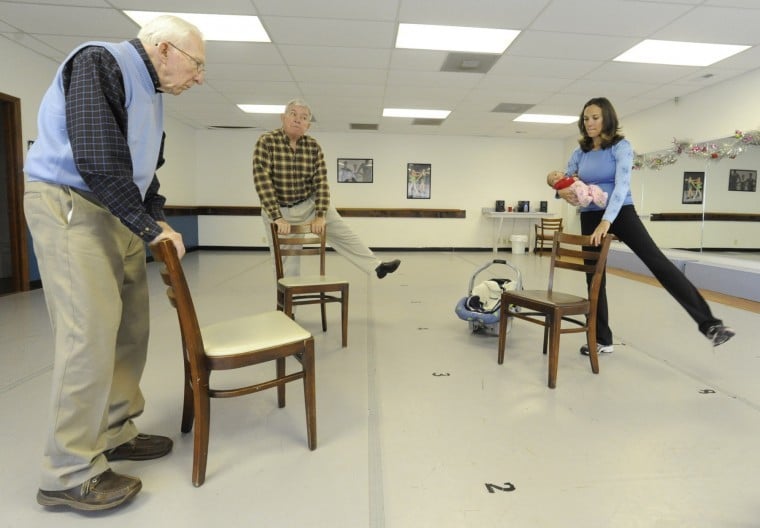 Yet every Wednesday morning they meet with Wake Forest University dance instructor Christina Soriano in studio space donated by The Academy of Dance Arts on West First Street.

For Debbie Dickey, 60, of Winston-Salem, who was diagnosed with Parkinson’s when she was 47, the dance class is the highlight of her week.

“Everybody has a different set of symptoms,” Dickey said. “Everybody gives it their best effort. We just come and do what we do and do the best that we can, and we are able to go out and try to live the best that we can. I know that I’m more positive in my thinking about what I can do; it’s bolstered my ego.”

“We’re just so fortunate to have this wonderful person who’s giving her time to us,” Dickey said. “She really cares about all of us and how we’re able to get along in the world.”

Soriano’s ongoing community dance class for people with Parkinson’s grew out her collaboration earlier this year with Dr. Glenna Batson and other researchers on a study that looked at the ways improvisational dance can help people with Parkinson’s Disease with movement and balance. The participants in the study saw improvements in their symptoms, and they enjoyed each other so much that they have continued the class even after the study ended.

“It’s given me the ability to move better and in different directions than previously,” Dickey said. “I’m not predisposed to falling as much as I have been….My balance is better; that’s probably the biggest change.”

A busy grandmother and retired Winston-Salem/Forsyth County Schools housekeeper, Eunice Benson, 76, has had Parkinson’s for five to six years, and she had begun to fall before she started the class, which has improved her balance.

“I can do just about anything,” Benson said. “It really has helped me in getting up and active. I had gotten so I didn’t go out much. Now I’m always on the go.”

R.S. White, 84, worked as an artistic designer for AT&T and was diagnosed four years ago with Parkinson’s. In college at the University of North Carolina at Chapel Hill, he was a competitive diver, and he was also a trampoline artist.

“That’s one thing that bothers me the most: the strength that you lose,” White said. He tells the story of how his front door sticks, and how once the Parkinson’s set in, he couldn’t open it.

“It’s just little things, everyday things you take for granted. Parkinson’s robs you of them.”

He, too, sees benefits from the class.

“It’s helped my peace of mind,” White said. “The exercises keep me supple to a point, and the friendships and the group keeps you in a good frame of mind.”

David Martin, 70, who worked as a stone mason and was a leader in Optimist Soccer for many years, has had Parkinson’s for 12 years. Some days he needs no medications, and some days, he said, there aren’t enough medications to control his symptoms.

“You can’t get rid of your Parkinson’s, but you can change the way you think about it,” Martin said. It is what it is, “and you’ve got to deal with it,” he said.

The dance classes have helped.

“A number of people have come to me and said, ‘You’ve found the fountain of life,’” he said. “And it’s fun. You don’t need a reason for moving and dancing — it’s really fun.”

With her 3-month-old daughter Penelope cradled in her arm, Soriano provided prompts to guide the class, which usually has six people. Spouses and caregivers are welcome to participate, and no prior dance experience is necessary.

The movement is progressive through the class: from sitting in chairs, to standing at the ballet barre, to moving across the floor in locomotive patterns that are “rhythmic often and a little more groovy,” she said. The class can be amended for someone who has difficulty walking.

“I believe that movement is very healing; that is the crux of what we do,” Soriano said. “I also believe every body is capable of moving and dancing. That’s why I do it. I learn a lot from them: how to listen to what students need. I think that translates to my students at Wake.”

Seven people with Parkinson’s participated in the study that was funded by a $10,000 grant from Wake Forest University’s Translational Science Center, an interdisciplinary group of teacher and scholars working together to improve health in aging.

The Center for Design Innovation oversaw the design, collection, analysis and data visualization of subject movement using three-dimensional, high-speed videography, said Nickolay Hristov, a design researcher for the Center for Design Innovation who is an assistant professor at Winston-Salem State University and a research assistant professor for Wake Forest University. The University of North Carolina School of the Arts will be making a short documentary film about the effort, Soriano said.

“Dance is really big in Parkinson’s,” said Batson, the principal investigator for the study and an independent researcher and retired physical therapy professor from WSSU. “There is a worldwide movement to use dance as a means to improve function and quality of life.”

But, she said, most of the studies have prescribed dance moves like the tango, for example, or modern dance, with a teacher directing movement.

“What I think was the most unique thing about our study is we used improvisational dance,” Batson said. “People were not shown what to do. They were asked to do a number of things, but they had to move their bodies on their own and create their own movement. We just stimulated their brains to come up with novel patterns and strategies for movement and balance, and they came up with them on their own.”

One of the people who made significant balance gains agreed to have her brain scanned, Batson said, and neuroscientists from Wake Forest Baptist Medical Center were astonished with the changes. Her brain showed a lot more efficiency and readiness to move as a consequence of the interpretive dance classes, Batson said. In addition, when researchers slowed down the video of the participants’ movements, they were able to see details and “some lovely changes in coordination,” she said.

Batson said the collaborators plan to publish their results in both neuroscience and dance journals next summer, and they want to apply for larger grants to expand the project. She credits the study participants for their willingness to try something new.

“They were so willing to take risks,” Batson said. “It was so impressive to see Christina come up with ideas for them. They just did what they were asked to do; they did it in a playful, joyful manner. They didn’t hold back. They just gave their all. Everybody in the group learned so much – in their own way. That’s the key piece that’s pioneering and why I want to take it forward.”

Check with your neurologist, then contact Christina Soriano at sorianct@wfu.edu or 336-758-4460 for more information.