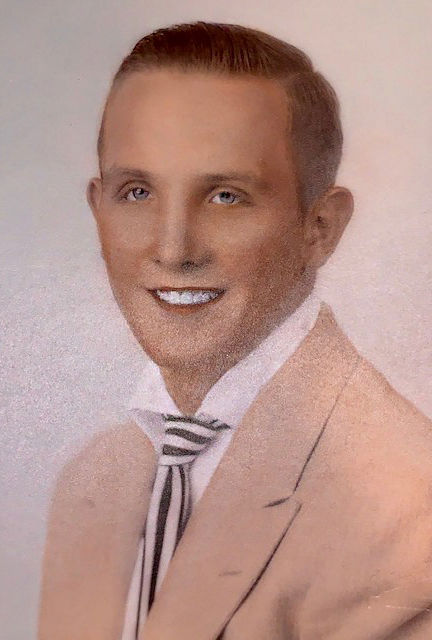 February 26, 1936 - March 19, 2020 Theodore "Ted" John Griesenbrock, Jr., 84, of Pinnacle, NC, passed away peacefully on March 19, 2020, at Forsyth Medical Center in Winston-Salem. Ted was born on February 26, 1936, in Columbus, OH to Theodore John Griesenbrock, Sr., and Gertrude Fleige Griesenbrock. He attended Aquinas High School, Ohio State University, and served in the United States Army from 1956-1958 in Germany, where he said his job was to "watch the Russians watch us." Ted had a lifelong career in sales for McMillan Publishing, Schlitz, Salem Home Decorating with his wife, Judy, and then Lowes Home Improvement. During his retirement years he lived with his daughter, Linda, on a horse farm in Pinnacle, where he could see Pilot Mountain. He enjoyed traveling the world, playing euchre at the King Senior Center, where he was known as "Sharkey," reading military history and biographies, and being a staunch Republican. He was a member of nearby Holy Angels Roman Catholic Church, where he met Nancy Quinn, a friend who accompanied him on many adventures. Preceding him in death are his wife, Judy, the love of his life, and his brothers, John and Robert Griesenbrock. Left to mourn his passing are his children, Linda Welborn (David), Pinnacle, NC; Cindy Griesenbrock (Jeff Byard), Pine Grove, WV; T.J. Griesenbrock (Heather), Ann Arbor, MI; and John Griesenbrock, Blacksburg, VA; eight grandchildren; and five great-grandchildren. Also surviving are his sister, Charlene Mercer (Jim), and brother, Joe Griesenbrock. A celebration of Ted's life will be held at a later date. Memorials may be made to the charity of your choice. 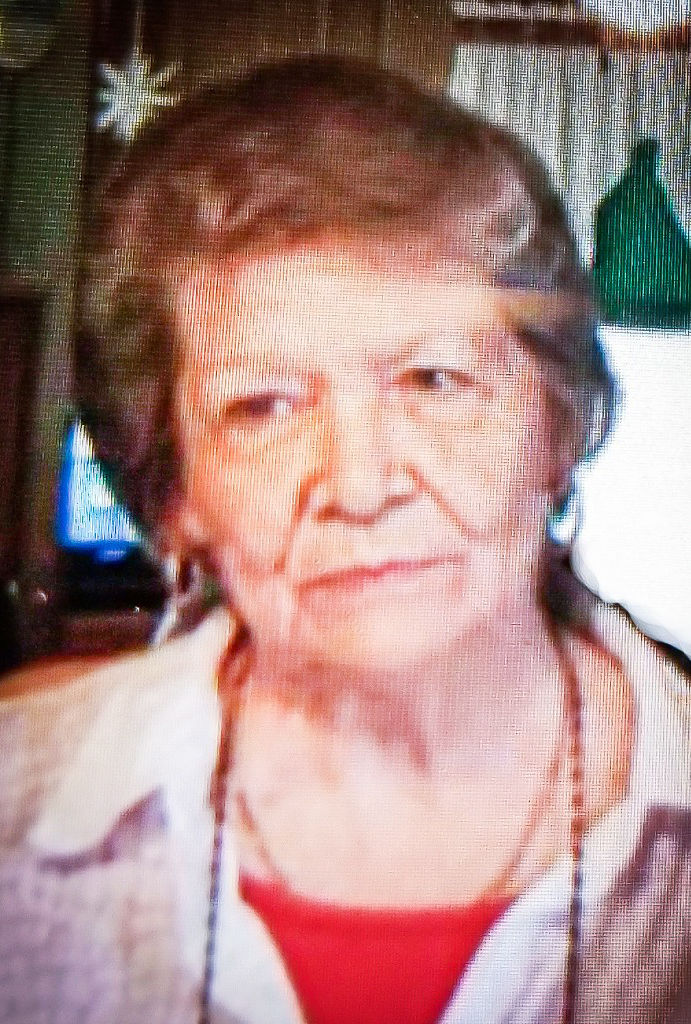 August 4, 1939 - March 22, 2020 Mrs. Nancy Ruth Butcher Bodenheimer, 80, of Winston-Salem, passed away on March 22, 2020, at Forsyth Medical Center. Nancy was born on August 4, 1939, in Stokes County, NC to Howard Franklin and Rachel Holder Butcher. She was a member of Immanuel New Eden Moravian Church where she was a board member, choir member, a part of the Women's Fellowship and was a Sunday school teacher. She was a faithful servant to her Lord and Savior. Nancy retired from B&B Trailer Repair with many years of loyal service. She enjoyed working in her vegetable garden and making chicken pies; but most importantly, she was a loving wife, mother and grandmother. In addition to her parents, she was preceded in death by one brother, Howard and two sisters, Patricia and Frances. Nancy is survived by her loving husband of 62 years, Larry E. Bodenheimer; two sons, Bradley Eugene Bodenheimer and Gregory Gray Bodenheimer, both of Winston-Salem; three grandchildren, Shanna Rae Bodenheimer, Chad Michael Bodenheimer and Larry Frank Bodenheimer; six great-grandchildren and a sister, Barbara Edmond of Lenoir. A private graveside service will be conducted at Immanuel New Eden Moravian Church with Rev. Cheryl G. Cottingham officiating. Online condolences may be made at www.hayworth-miller.com. Hayworth-Miller Silas Creek Chapel 3315 Silas Creek Parkway, Winston-Salem, NC 27103 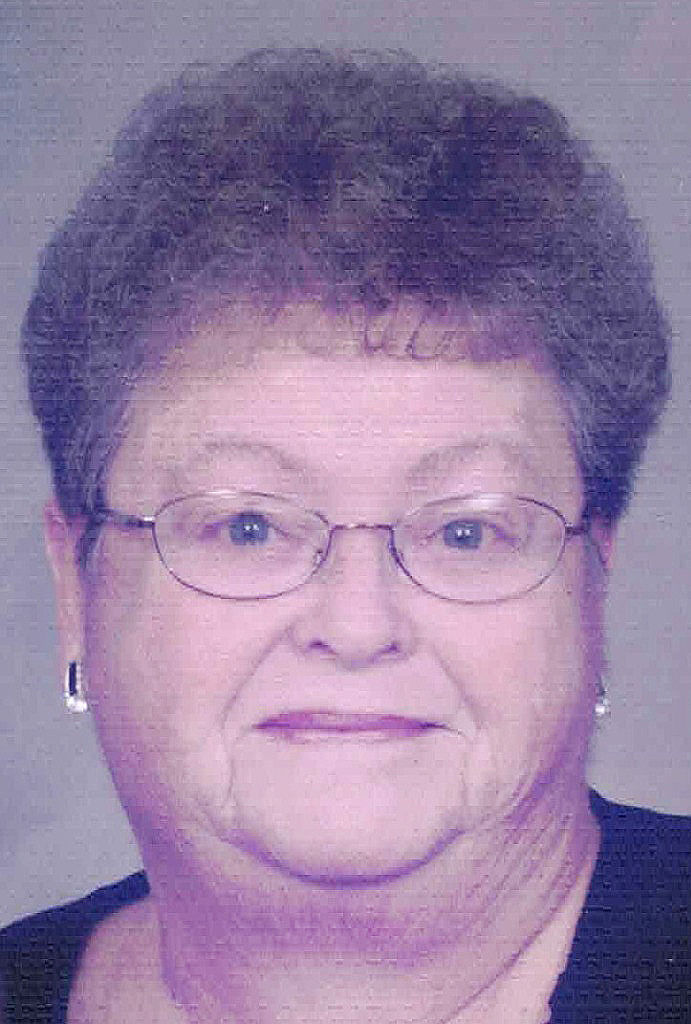 December 1, 1944 - March 22, 2020 Mrs. Glenda Pardue McDaniel passed away on March 22, 2020 at Trellis Supportive Care. Glenda was born on December 1, 1944 to James Allen Pardue and Ruth Hayes Pardue in Surry County. Glenda was a member of Center Grove Baptist Church. She enjoyed a long and rewarding nursing career, retiring from Novant Health with 46 years of dedicated service. She often said next to Christ and her family, nursing is what she loved. Glenda never met a stranger. She enjoyed time spent outdoors, especially the beach. More than anything she will be remembered as a loving wife, mother, and grandmother. In addition to her parents, Glenda was preceded in death by her sister, Jennie Cornatzer. Surviving are her devoted husband of 54 years, Lonnie McDaniel; son, William Frank McDaniel; grandchildren, Sophie and Chloe McDaniel; sisters, Nancy Jackson and Renee Thomas (David); several nieces and nephews; a sister-in-law, Judy McDaniel; and many cherished friends including special friends, Mavis Hash and Judy Cox. A private, family service will be held. Interment will be at Westlawn Gardens of Memory. In lieu of flowers, memorials may be made to Trellis Supportive Care, 101 Hospice Ln., Winston-Salem, NC 27103. Special thanks to the staff at Trinity Elms and Trellis Supportive Care. Online condolences may be made at www.hayworth-miller.com. Hayworth-Miller Silas Creek Chapel 3315 Silas Creek Parkway, Winston-Salem, NC 27103 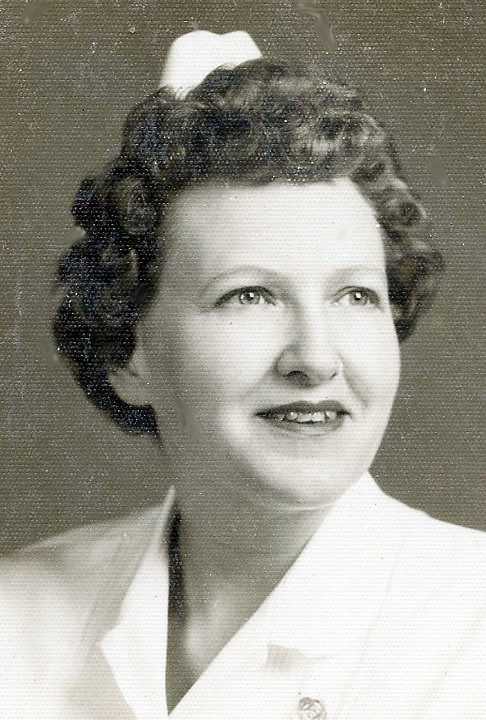 January 27, 1927 - March 22, 2020 Frances Caroline Masten Mabe, 93, passed away Sunday, March 23, 2020 at Trinity Elms Health and Rehab Center. She was born in Forsyth County to the late Peter Arville Masten and Lillie Leake Masten on January 27, 1927. She was a graduate from Sedge Garden High School and Presbyterian Hospital School of Nursing in Charlotte, NC; RN, class of 1947. She was the evening supervisor at City Memorial Hospital and Forsyth Memorial Hospital. After leaving the hospital, Mrs. Mabe was the office nurse for Dr. Benjamin Huntley until he retired 18 years later. She continued her nursing career with Sara Lee Corporation's Medical Department where she retired. Frances was a member of Robinhood Road Baptist Church. She sang in the choir, taught Sunday School and was a member of the Primetimer's senior group for many years. She also volunteered with the Pilot Mountain Baptist Association. She loved serving her Lord, spending time with her family, nursing and traveling. She exemplified the fruit of the Spirit in her life love, joy, peace, patience, kindness, goodness, faithfulness, gentleness and self-control. She was full of laughter, always had a song on her lips, found the positive in life, thankful and content. She is dearly loved, touched many lives, will be greatly missed and we are so blessed to have had her in our lives. Frances is survived by her three children: Jerry Mabe (Penny); Don Mabe (Lynne); Carolynn Hemric (Don); six grandchildren, six great-grandchildren and nieces and nephews. A private, family graveside service will be held at Oaklawn Memorial Gardens with Rev. John Hackworth officiating. In lieu of flowers memorials may be made to Trinity Elms Health and Rehab, 7449 Fair Oaks Dr., Clemmons, NC 27012 or Robinhood Road Baptist Church, 5422 Robinhood Rd., Winston-Salem, NC 27106. A special Thank You to all the staff at Trinity Elms Health and Rehab, especially those who worked on Tanglewood Trail. Online condolences may be sent at www.hayworth-miller.com. Hayworth-Miller Silas Creek Chapel 3315 Silas Creek Parkway, Winston-Salem, NC 27103

Winston-Salem - A public viewing for Mr. George Cuthrell Jr., 87, will be held today from 2pm-5pm at Douthit Funeral Services. Due to the current mandate regarding COVID-19, the family has elected to have a private service and interment.