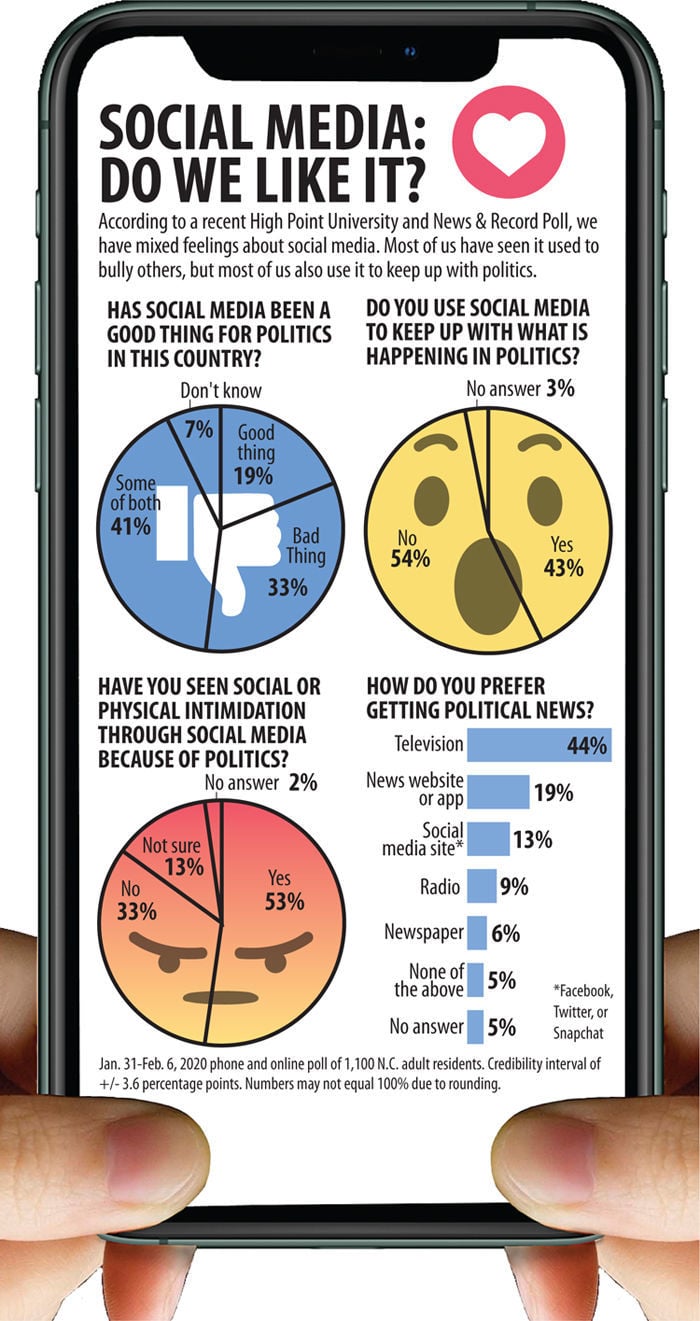 HIGH POINT — More than half of North Carolinians have seen someone try to socially or physically intimidate another person through social media because of politics, a recent High Point University and News & Record Poll finds.

Only one-third indicated that they have not, while 15% weren’t sure or did not want to respond.

Most North Carolinians believe that social media is either bad for politics in this country or a mixed bag, the poll shows.

About the same number (44%) said they prefer getting news about politics by watching news on television. Other political news preferences were news websites (19%), news from social media sites (13%), listening to news on the radio (9%) and reading news in a print newspaper (6%). Only 5% of poll respondents said that they do not get news on any platform, the release said.

The phone and online poll of 1,100 N.C. residents was conducted Jan. 31-Feb. 6. The credibility interval is plus or minus 3.6 percentage points.

HIGH POINT — More than half of the state's residents have gotten a flu shot, the latest High Point University Poll shows.