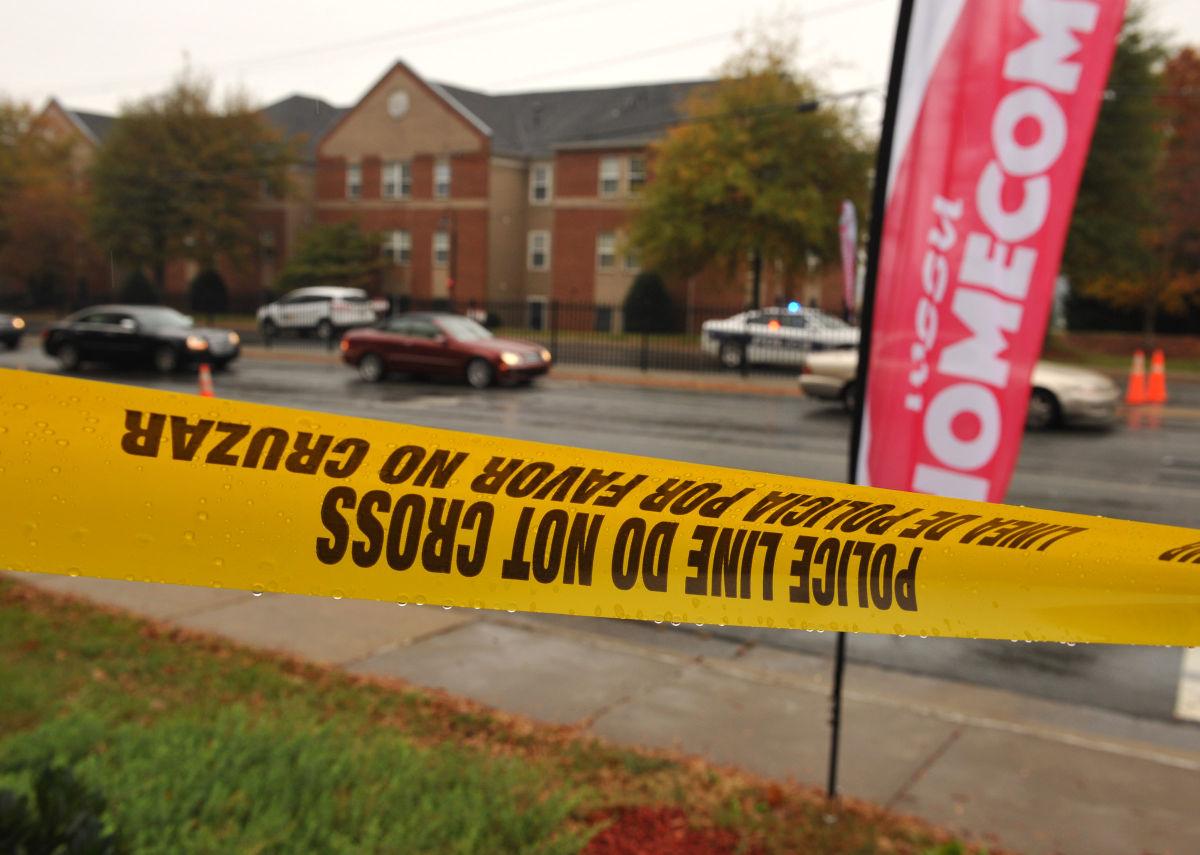 Police tape is hung along Martin Luther King Jr. Drive Sunday morning after a fatal shooting was reported around 1:20 a.m., near Wilson Hall and Gleason-Hairston Terrace on the campus of Winston-Salem State University. 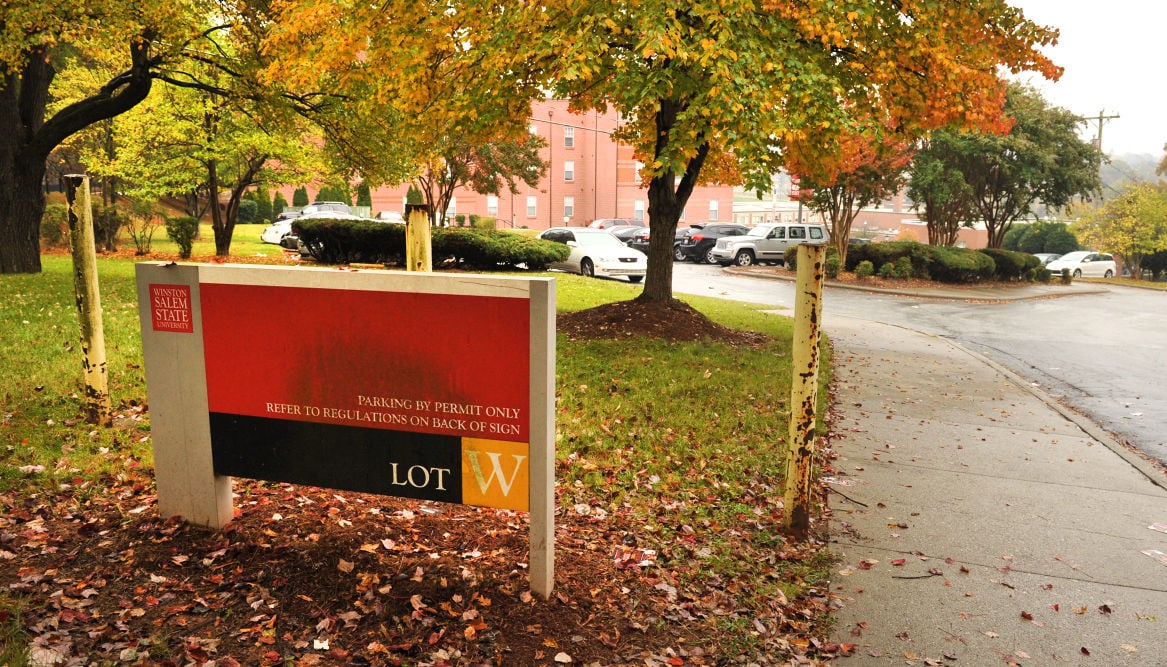 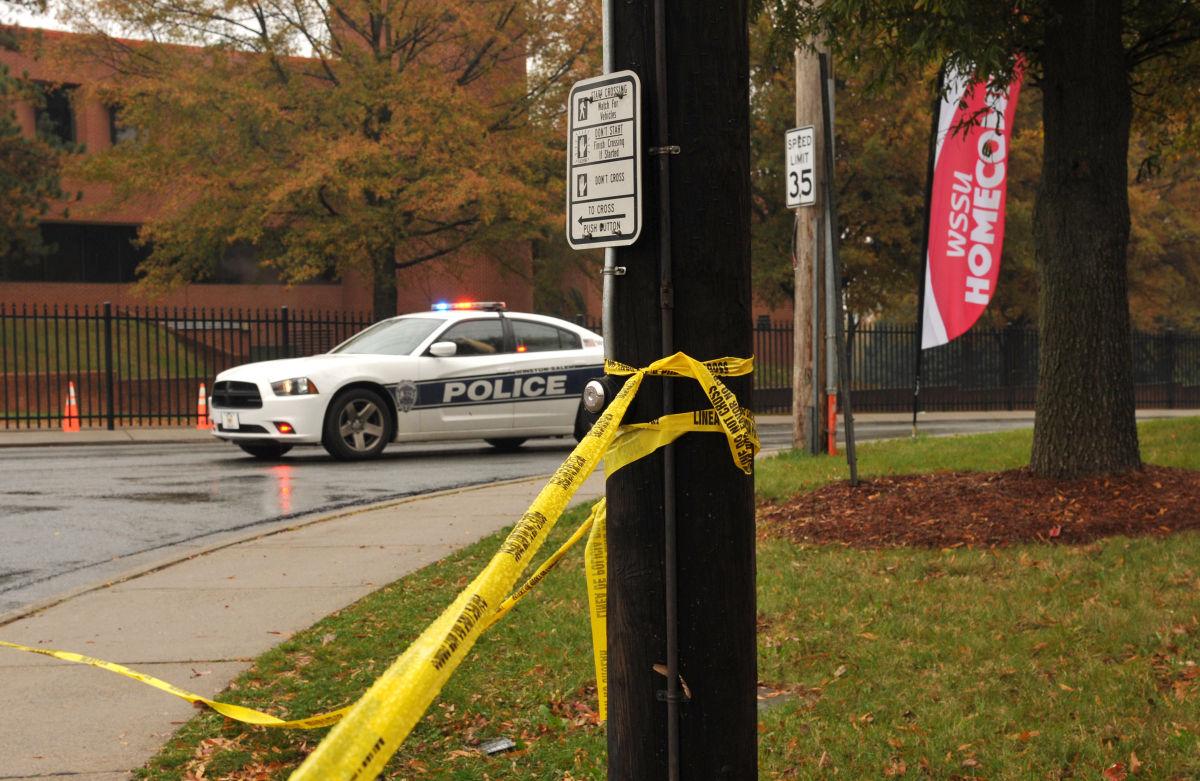 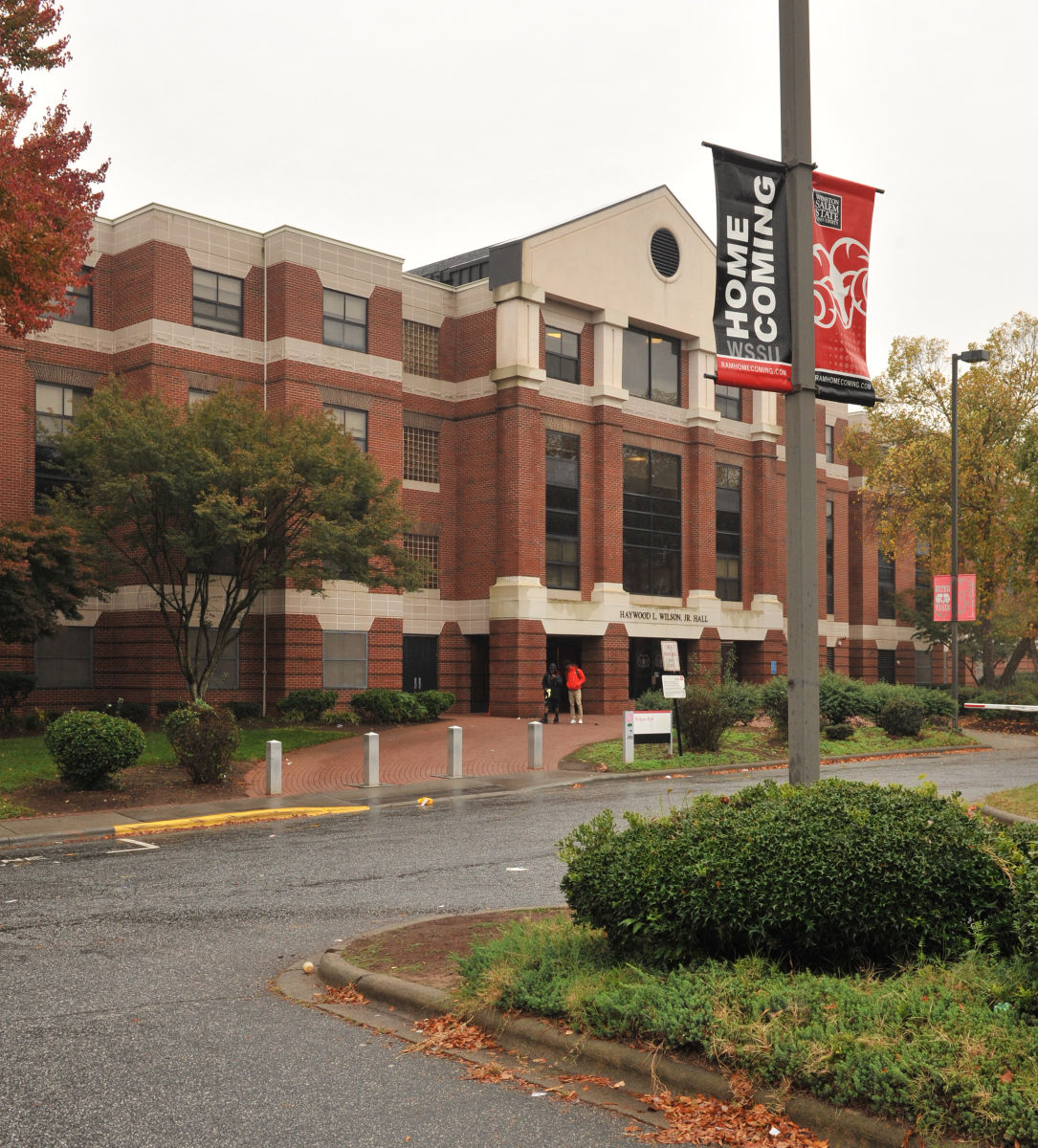 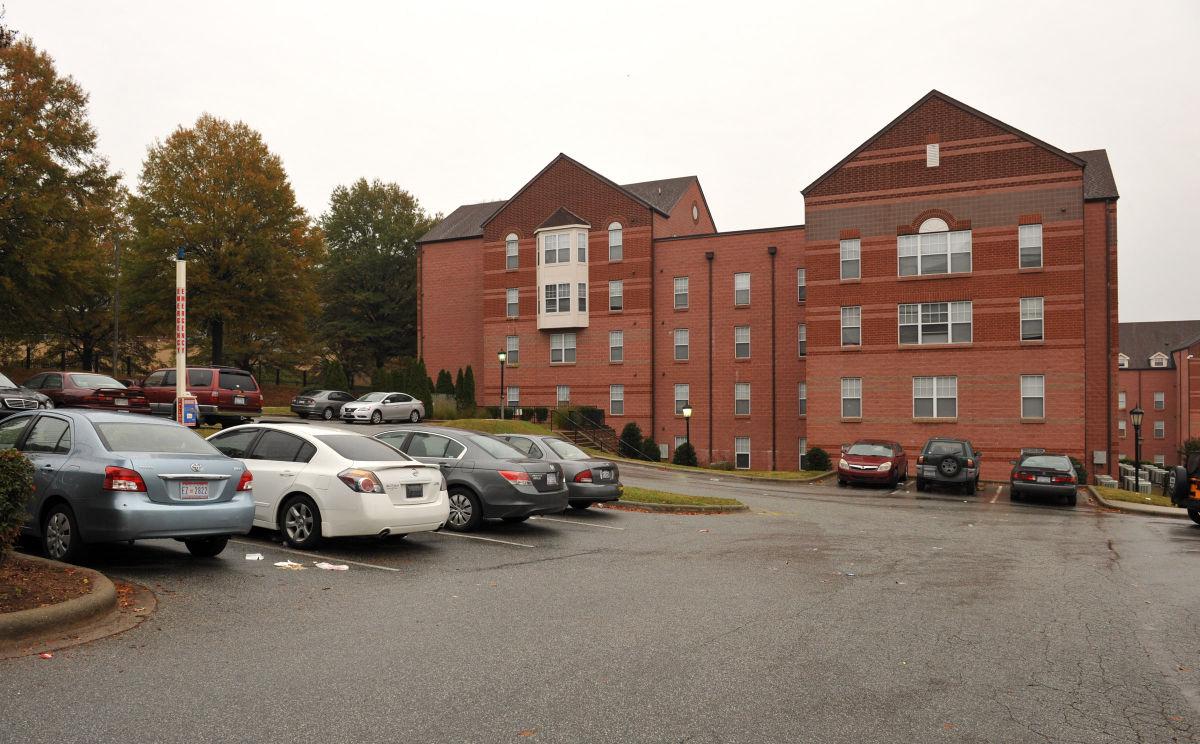 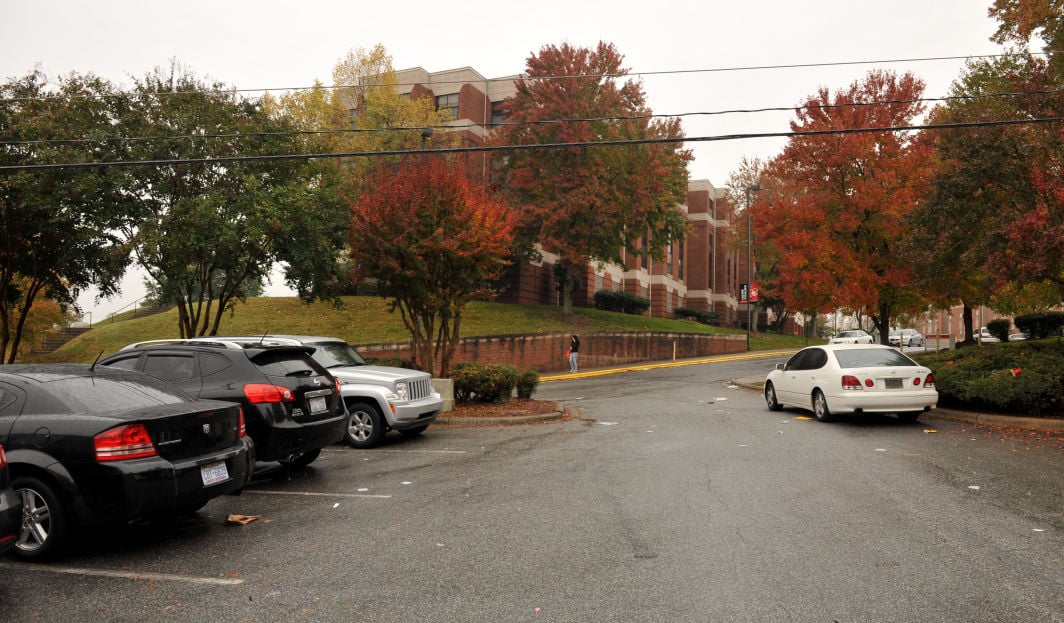 A fatal shooting was reported around 1:20 a.m. Sunday morning, near Lot W seen here between Wilson Hall and Gleason-Hairston Terrace.

Police tape is hung along Martin Luther King Jr. Drive Sunday morning after a fatal shooting was reported around 1:20 a.m., near Wilson Hall and Gleason-Hairston Terrace on the campus of Winston-Salem State University.

A fatal shooting was reported around 1:20 a.m. Sunday morning, near Lot W seen here between Wilson Hall and Gleason-Hairston Terrace.

One student was fatally shot and another injured on the campus of Winston-Salem State University early Sunday.

The Winston-Salem Police Department is looking for a suspect, Jarrett Jerome Moore, according to the university.

The slain student was identified as Anthony White Jr., 19, of Charlotte. White was studying information technology as WSSU.

The suspected gunman is not believed to be a current student, according to the university.

The shooting was reported around 1:20 a.m.

It happened in the area of Lot W, near Wilson Hall and Gleason-Hairston Terrace, the university reported on its Facebook page.

The Winston-Salem Police Department said White was not responsive when officers found him. The second victim, who has not been identified, was located nearby and taken to a hospital with injuries described as not life-threatening.

According to WSOC in Charlotte, Charlotte-Mecklenburg Police arrested Moore on charges of disorderly conduct and resisting a public officer  in August.

Students were alerted on Twitter to stay inside while on campus. Students who were off campus, some of whom were at the Winston-Salem fairgrounds at a homecoming costume party, were told not to comeback until the lockdown was lifted.

According to the school's Twitter feed, on-campus services to the general public are suspended today. And people who are not students, faculty or staff are asked to remain off campus. A call center for inquiries about the shooting has been established at 336-750-2000.

"This morning we awoke to a terrible tragedy on our campus. A shooting near Wilson Hall and Gleason-Hairston Terrace left one of our students dead and another injured."

"Our deepest condolences are with the family of Anthony White, Jr., and with the student injured in the incident. Law enforcement has lifted the lockdown on campus and classes will be held as normal tomorrow, but we are asking our faculty to be sensitive to the needs of our students and families. Counseling support services are set up in Thompson Center Room 304. If you have questions about counseling, please call 336-750-2000. We encourage the Ram family to continue to support one another during this difficult time."

Winston-Salem Mayor Allen Joines said in a statement that the city joins WSSU in grieving White's death and the injured student.

“This terrible incident has marred what should have been a weekend of celebration for the new chancellor and for returning alumni enjoying their homecoming weekend," Joines said. "I urge all the citizens of Winston-Salem to keep these students, their families, and the Winston-Salem State community in their thoughts and prayers.”

On Sunday afternoon, students walked around their dorms and visited the Thompson Student Center and the Reaves Student Activity Center on campus. Some declined to talk about what happened, and others expressed sadness.

Keyana Thorne and Nautekah McCrimmon, both WSSU freshman, said they and many other students are concerned for their safety in the wake of the shooting.

Thorne said she didn't know White, "but the people who did know him are not taking it (his death) well."

McCrimmon said that the shooting was tragic.

"I was saddened by it because stuff like that is always sad," she said.

Two alumni, Terrill Shepherd of Winston-Salem and Semag Robinson of Atlanta, said that they are worried that the shooting could harm WSSU's reputation.

Shepherd, a 2006 graduate, said he was devastated when he learned about the shooting, but he praised university officials for their quick response, including alerting the campus community about it and and putting the school on lockdown.

"It was an intense situation," Shepherd said. "The chancellor and other officials controlled the situation and got the information out ."

Robinson, a 2001 graduate, said that some concerned students and parents might decide that they (students) should leave school this semester.

"It's a shooting that happened at the most inopportune time," Robinson said. "It put a huge damper on my excitement of coming back here."

This article will be updated as soon as more information is available.

WSSU community draws strength in each other

Homecoming Week at Winston-Salem University is steeped in tradition, jammed with dances, concerts, parties, a parade and football, a joyful ce…