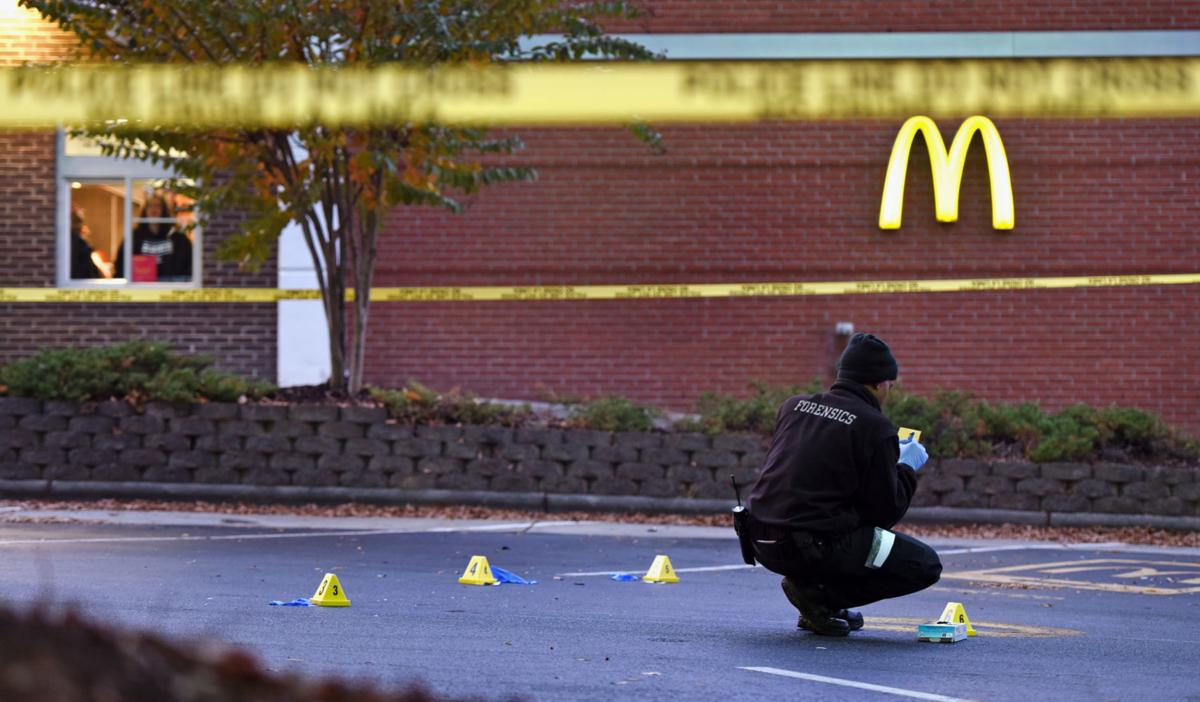 A Winston-Salem Police forensics technician collects evidence in the parking lot of the McDonald’s on Martin Luther King Jr. Drive on Saturday. Shell casings were among the pieces of evidence marked. 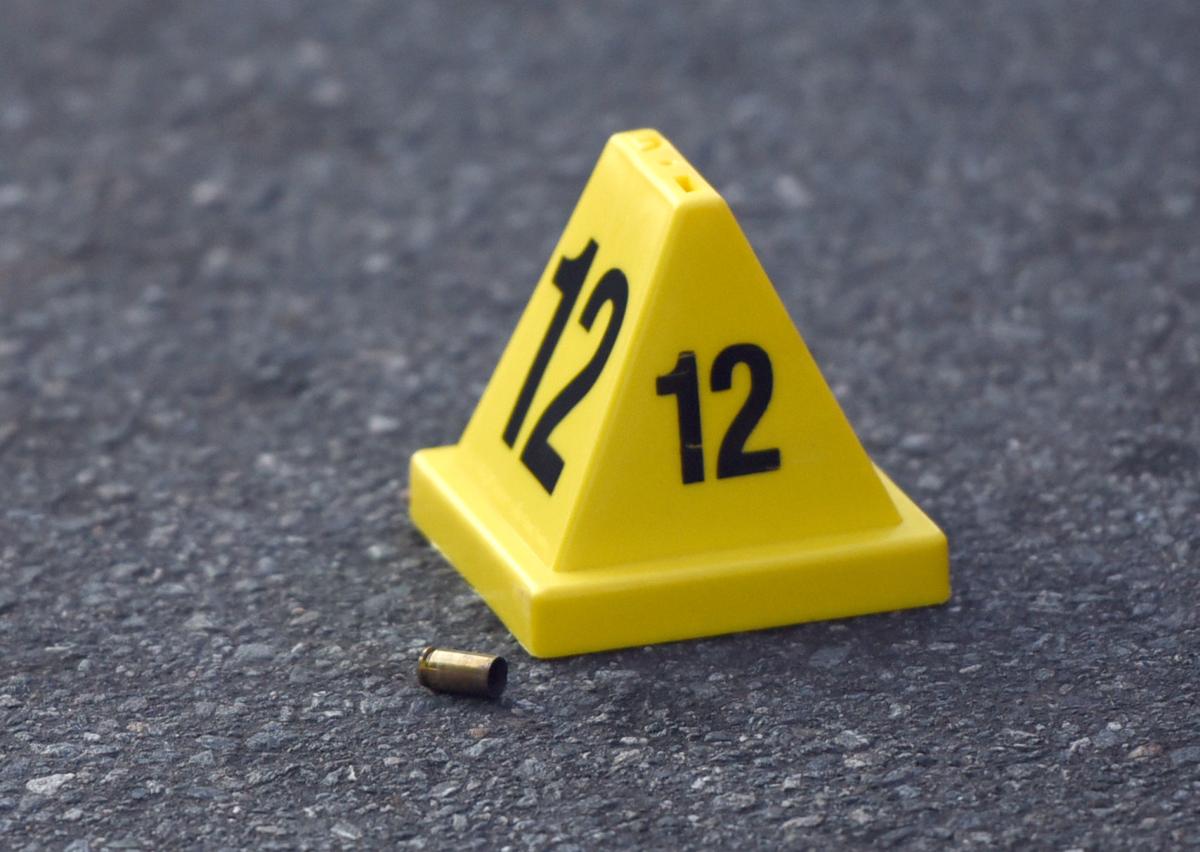 Shell casings were among the pieces of evidence marked after a shooting in the parking lot of the McDonald's on Martin Luther King Jr. Drive Saturday. 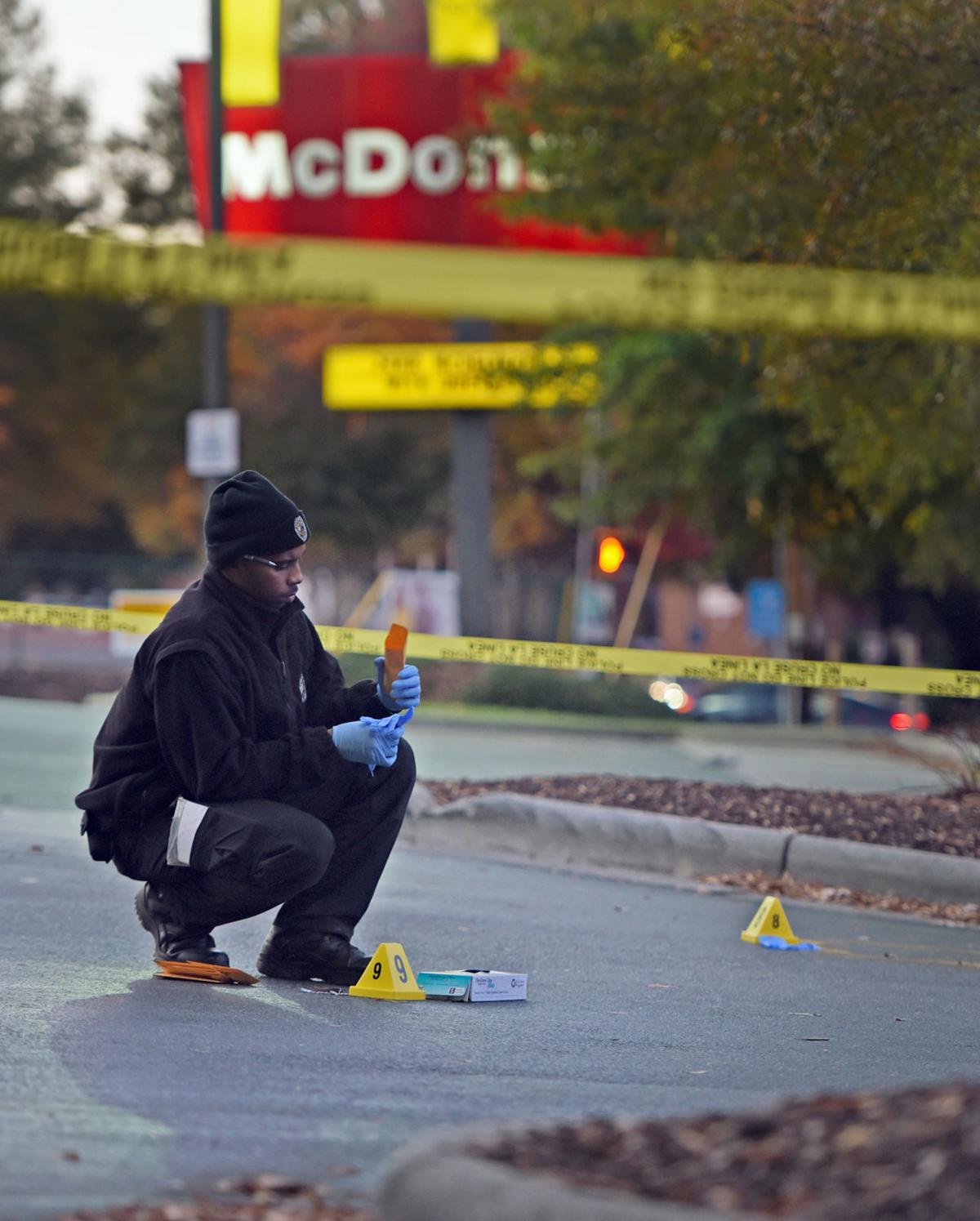 A Winston-Salem Police forensics technician collects evidence in the parking lot of the McDonald’s on Martin Luther King Jr. Drive on Saturday. Shell casings were among the pieces of evidence marked.

Shell casings were among the pieces of evidence marked after a shooting in the parking lot of the McDonald's on Martin Luther King Jr. Drive Saturday.

A woman was shot in the leg after an argument in a McDonald’s parking lot about a near car wreck, according to the Winston-Salem Police Department.

Police went to the McDonald’s at 780 N. Martin Luther King Jr. Drive about 4:15 p.m. after getting a call about a shooting there. Investigators say people riding in a car there felt like a white car almost hit them in the parking lot, so they followed the white vehicle around the restaurant.

The people who felt like their car was almost hit got out to confront the people in the white vehicle, police said. One of the people, 21-year-old Dlesjah Jones, said she saw someone in the white car point a gun out of the window, and then that person started shooting, according to police.

That person shot Jones in the leg, police said. The people in the white vehicle drove off, heading south on Martin Luther King Jr. Drive, and the other car began following them, police said. EMS took Jones to the hospital, and her injuries are not life-threatening, police said.

Police recovered multiple shell casings from the scene, and what appeared to be Jones’ shoes. The right shoe was covered in blood, and next to it in the parking lot were blood stained restaurant napkins.

The shooting caused the restaurant to close for roughly one hour, according to McDonald’s District Supervisor Ila Surrell. When asked for comment about the incident, Surrell said she didn’t know anything.

Absolutely pathetic behavior, but that incident should teach wannabe 'tough' folks something about confrontations nowadays in this day and age where the art of hand-to-hand combat has been completely and totally replaced with handguns.