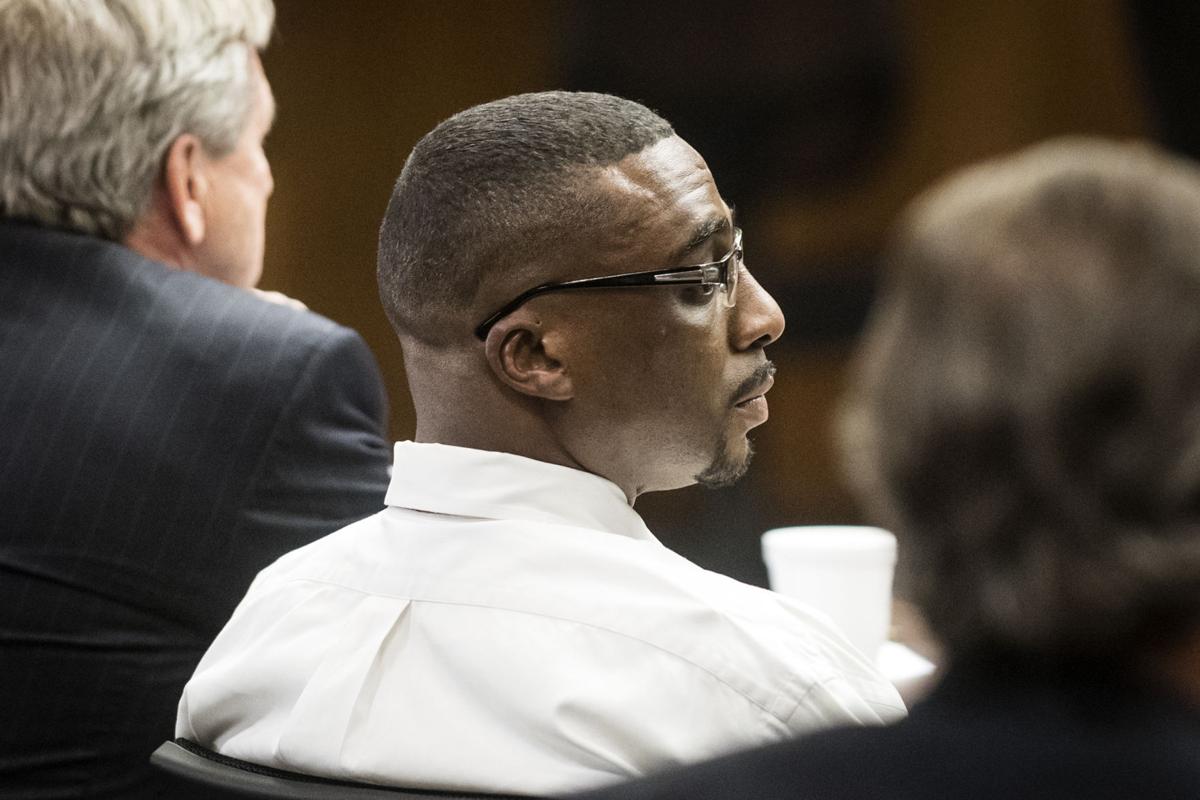 Kalvin Michael Smith will likely be released today after spending more than 20 years in prison for an assault at the Silk Plant Forest his supporters say he didn’t commit. 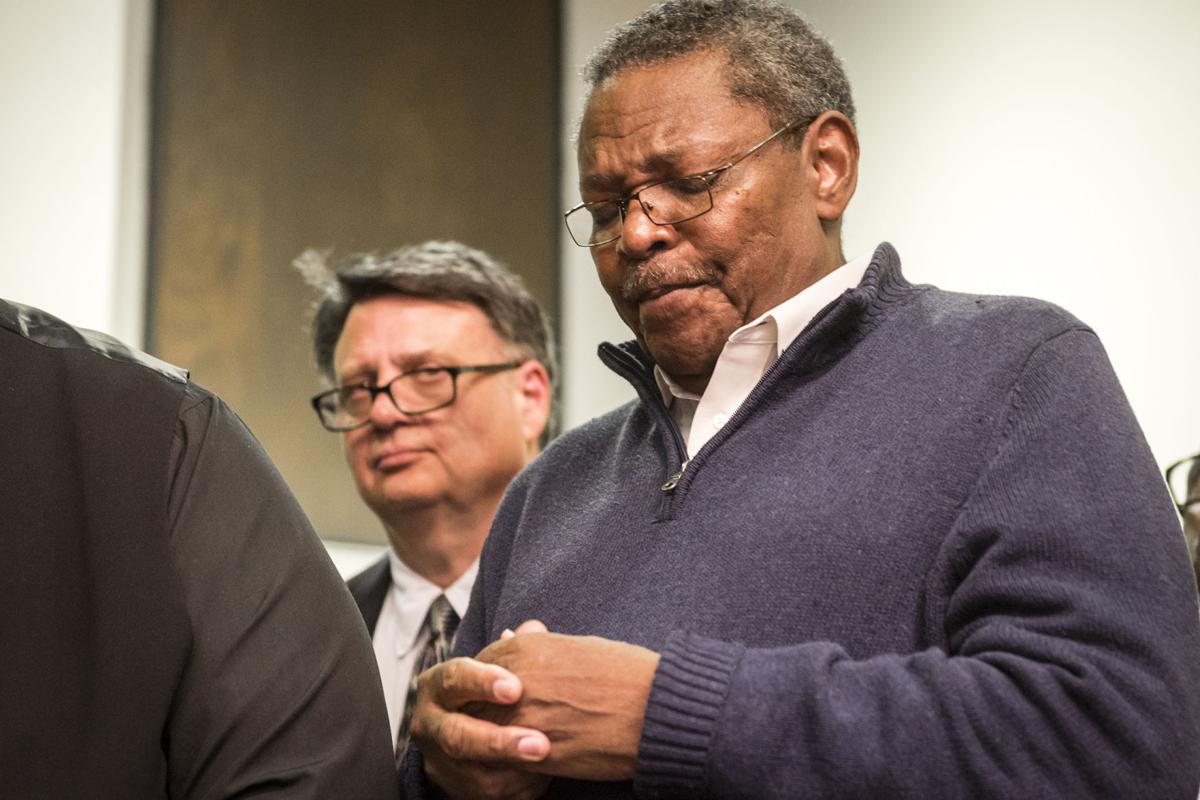 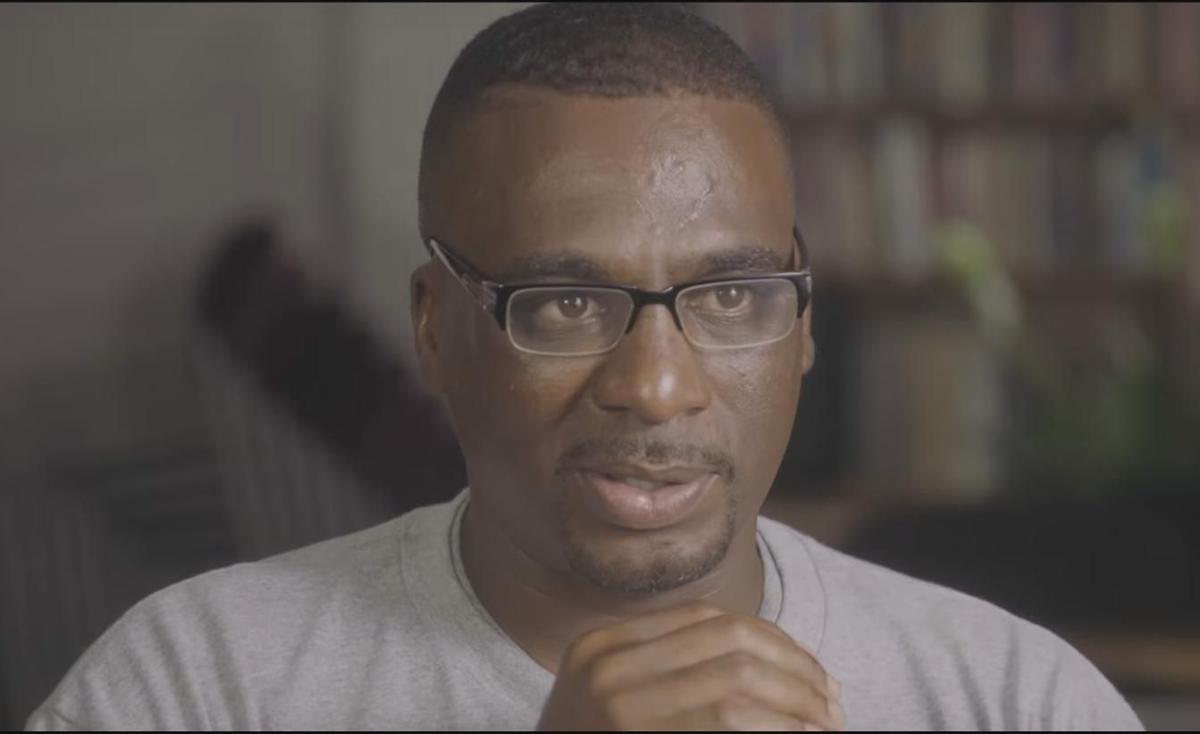 Kalvin Michael Smith will likely be released today after spending more than 20 years in prison for an assault at the Silk Plant Forest his supporters say he didn’t commit.

For years, Gus Dark prayed for the day his son, Kalvin Michael Smith, would be a free man and he could welcome him into his home.

Part of Dark’s prayer was answered on Wednesday. Judge Todd Burke of Forsyth Superior Court granted a motion and signed an order calling for Smith’s release from prison, where he has served nearly 20 years for assaulting Jill Marker, an assistant manager at the former Silk Plant Forest store on Silas Creek Parkway, on Dec. 9, 1995. That assault left Marker with severe injuries. She gave birth to a son while in a coma and lives in Ohio under 24-hour care.

Smith has maintained his innocence.

Walter Holton and Cheryl Andrews, attorneys for Smith, filed a motion last week, arguing that Smith should be immediately released because his trial attorney, William Speaks, failed to submit evidence that could have led to a shorter sentence for Smith’s conviction for armed robbery. Smith also was convicted of assault with a deadly weapon with intent to kill, inflicting serious injury.

Smith was convicted and sentenced in 1997 to a total of 29 years in prison for both charges and has served the sentence for the assault conviction. But he still had to serve time for the robbery conviction, which meant he wouldn’t be eligible for release until 2020.

Speaks, however, should have presented mitigating factors showing that Smith had a positive employment history and strong family support, Holton argues in the motion.

If those mitigating factors had been considered, Smith might have received a sentence of about six to nine years, making him eligible for release from prison on May 22 of this year, Andrews said in an affidavit.

Burke granted the motion after a hearing that lasted less than an hour in Courtroom 6A. Smith’s handcuffs were taken off, but because of paperwork issues, Smith wasn’t released from prison Wednesday. He will likely be released today from the Forsyth Correctional Center, where he has been serving his sentence.

“I’ve waited 20 years to have my son in my house,” Dark said after the hearing.

He broke down in tears as he thanked everyone who supported his son and fought for his freedom.

Smith’s mother, Shelia LeGrande, had a huge grin on her face.

Marker’s family had a different reaction, though.

About three weeks ago, Hoisington said, a prosecutor and a Winston-Salem police detective visited the family in Akron and told him Smith would not be released from prison.

Hoisington said his daughter can’t talk, is confined to a wheelchair and has a feeding tube.

“That guy should never get out prison,” he said. “He doesn’t deserve to get out of prison.”

Smith, 45, has maintained his innocence for the past 20 years.

He said he was railroaded.

Others have agreed, including the Silk Plant Forest Truth Committee, a group of residents who believe that Smith’s conviction should be vacated. In a statement, committee members said they were happy he was released, but they said the fight is not over.

“Today’s events do not, however, correct the miscarriage of justice he has suffered, the fundamental violation of rights or the nearly twenty years taken from him,” the statement said. “We will continue to work toward the day that he is fully exonerated as the facts indisputably dictate, his full citizenship is restored and he can put this travesty behind him.”

The Winston-Salem Journal published a series of articles in 2004 raising questions about the police investigation and the prosecution of Smith.

Chris Swecker, a former assistant director of the FBI, and the Silk Plant Forest Citizens Review Committee, which was created by Winston-Salem City Council, looked at the police investigation and concluded that it was flawed. Swecker specifically recommended that Smith be granted a new trial. Duke University’s Wrongful Convictions Clinic has been working on the case since 2003.

All of Smith’s appeals in state and federal courts have failed, including most recently at the N.C. Supreme Court.

The N.C. Attorney General’s Office has handled Smith’s post-conviction appeals after the Forsyth County District Attorney’s Office declared a conflict of interest in 2008.

Students at Winston-Salem State University, Wake Forest University and Salem College and other activists have pressured N.C. Attorney General Roy Cooper to help vacate Smith’s conviction. Cooper, a Democrat, ran against Republican Pat McCrory for governor and has a narrow lead in a tight race that won’t be called until the provisional ballots across the state are counted.

At the center of all the issues with the police investigation of Marker’s assault is Don Williams, the lead detective in the case.

The Journal’s series showed that Winston-Salem police failed to thoroughly investigate Kenneth Lamoureux, a man with a history of violence who was seen at the Silk Plant Forest store the day of Marker’s assault. Williams dropped him as a suspect when Lamoureux, who died in 2011, moved to Charlotte.

Police also failed to look at other suspects, according to the series. Police never had any physical evidence connecting Smith to the crime scene and relied on witnesses, such as Eugene Littlejohn, to put Smith at the store at the time of the attack. Police and prosecutors failed to corroborate significant information from Smith and other witnesses, the series said.

Marker identified Smith as her attacker, but the series quoted medical experts, including her own doctors, who said Marker’s brain injuries would have made it unlikely that she would have remembered who attacked her.

Williams told the Journal he did not document certain evidence that he believed might have been favorable to Smith.

Smith’s most recent appeals focused on a disputed affidavit by Arnita Miles, a former Winston-Salem police officer who was among the first on the scene of Marker’s assault.

Smith’s attorneys had argued that Forsyth County prosecutors used the affidavit, which was never introduced into court proceedings, as a way to undermine Smith’s efforts to prove his innocence. Appeals on that basis have, so far, been unsuccessful.

The Rev. William Barber, the president of the North Carolina NAACP, said he had a chance to shake hands with a free man Wednesday. But he said people should continue to fight for Smith’s full exoneration.

James Coleman, a co-director of Duke University School of Law’s Wrongful Convictions Clinic and one of Smith’s attorneys, said he and others intend to do just that. They plan to file another appeal to try to overturn Smith’s conviction.

Speaks, Smith’s trial attorney, said he was pleased that Smith was ordered released from prison. He declined to comment on his handling of Smith’s sentencing.

“Anything that got Kalvin out of prison early is a good thing,” he said.

Chris Mumma, the executive director of the N.C. Center on Actual Innocence in Durham, said she was thrilled Smith was released from prison.

“It’s a tragedy that he isn’t being released as an innocent man,” Mumma said.

Phoebe Zerwick, the former Journal reporter who wrote the 2004 series about Smith’s case, attended the hearing Wednesday. She is now the director of journalism at Wake Forest University.

“At the Journal, we got the whole story rolling by looking to the case 12 years ago,” Zerwick said. “After looking into it, it was clear that he was likely wrongly convicted.”

Carl Crothers was the executive editor of the Journal in 2004, and helped lead the push to examine the Smith case, as well as the case of Darryl Hunt, who was exonerated in 2004 in the killing of Debra Sykes, a copy editor at The Sentinel, the city’s defunct afternoon newspaper.

Crothers is now the owner of Blue Wind Communications of Winston-Salem, a media relations and marketing company.

“Although it’s not an exoneration, at least he is free so that he can continue to work to clear his name,” he said. “Smith’s story represented a more severe case of wrongful conviction than even that of Darryl Hunt. As our series detailed, the incredible mishandling of the case by police is a lesson for us all that the system can fail and fail miserably.”

David Clayton, a retired assistant chief of the Winston-Salem Police Department, said in court that what happened Wednesday was the result of people coming together. It wasn’t about rehashing the facts of the case but figuring out the right thing to do was, he said.

“Good things happen when people who trust each other sit down and have conversations,” Clayton said.

In November, Kalvin Michael Smith was released from prison after serving 20 years for an assault he and supporters have always maintained he d…