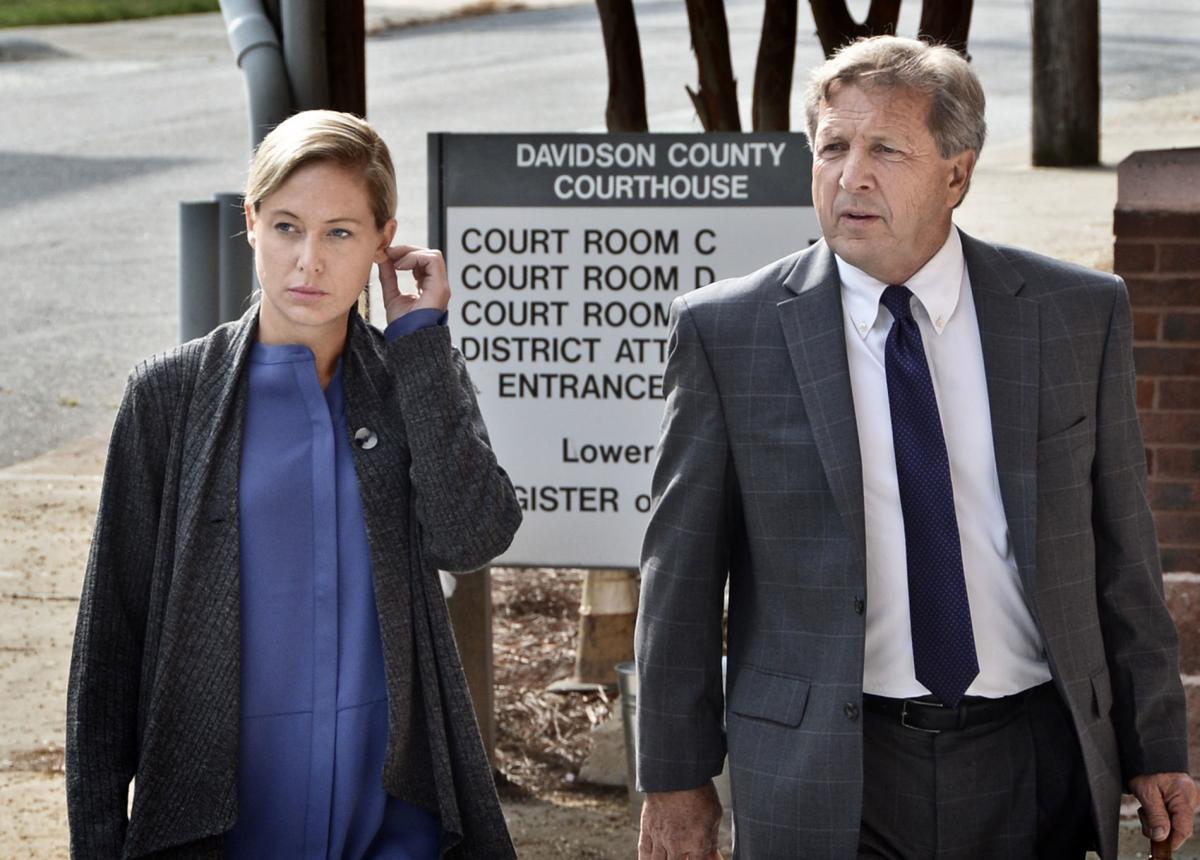 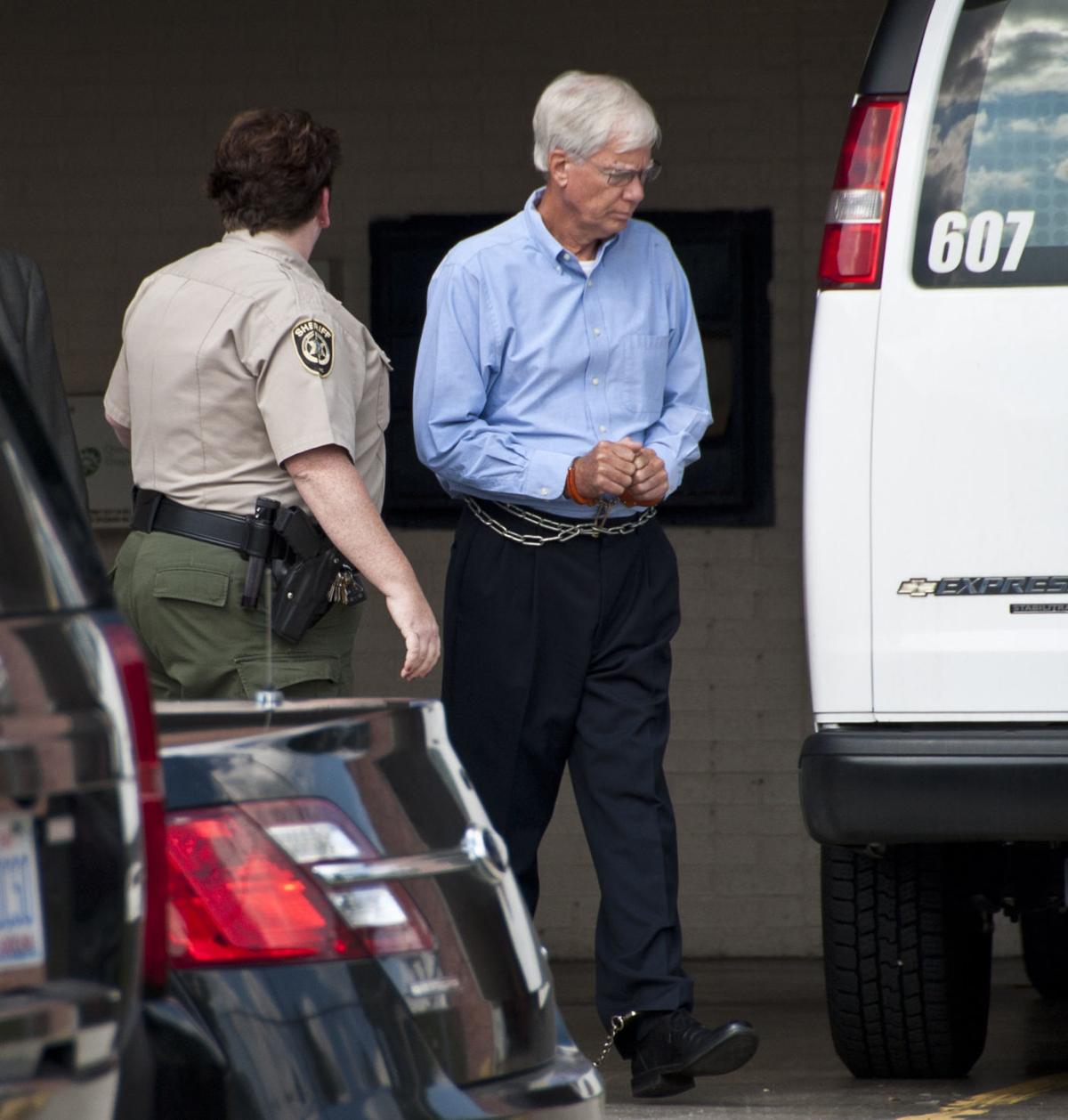 The N.C. Court of Appeals has overturned the second-degree murder convictions of Molly Corbett and Thomas Martens in the death of Irish businessman Jason Corbett and ordered a new trial.

The judges were split 2-1 in the ruling, which concluded that the trial judge made errors that deprived Molly Corbett, 36, and Thomas Martens, 70, from getting a fair trial in 2017 in Davidson Superior Court. Because the judges were split, state prosecutors have a right to appeal the decision to the N.C. Supreme Court.

"Although Defendants raise 13 issues on appeal -- many of which are interconnected and complex -- this case is deceptively simple, boiling down to whether Defendants lawfully used deadly force to defend themselves and each other during the tragic altercation with Jason," the court said in its decision. "Having thoroughly reviewed the record and transcript, it is evident that this is the rare case in which certain evidentiary errors, alone and in the aggregate, were so prejudicial as to inhibit Defendants' ability to present a full and meaningful defense."

Jason Corbett, 39, hired Molly Corbett as an au pair to take care of his children, Sarah and Jack, after his first wife died in Ireland. Jason and Molly began dating and then married, settling in an upscale golf community in Davidson County.

Then four years ago, Davidson County Sheriff's deputies found Jason Corbett's nude body in the master bedroom of the couple's house. Prosecutors alleged that Molly Corbett and Martens, her father and a former FBI agent, brutally beat Jason to death with a 28-inch Louisville Slugger baseball bat and a concrete paving brick. A medical examiner testified that Jason was hit in the head at least 12 different times and that his skull was crushed.

Claims of self defense

Molly Corbett and Martens claimed self-defense. Martens testified in court that he and his wife had traveled from Tennessee to visit Molly and had stayed overnight in a guest bedroom in the basement. Martens brought the baseball bat as a gift for Jack. On the morning of Aug. 2, 2015, Martens said he heard noise from upstairs, grabbed the bat and went to investigate. He followed the sounds into the master bedroom where he said he found Jason with his hands around Molly's neck.

Then Jason put Molly in a chokehold, according to Martens, and repeatedly threatened to kill her. Martens testified that he hit Jason multiple times to save his daughter in a struggle that started in the bedroom, moved into an adjoining bathroom and then back into the bedroom, where Jason grabbed the bat and threw Martens across a bed. Martens said that he believed both he and his daughter were in mortal danger and that he rushed Jason, got the bat back and beat Jason until he went down. At some point in the struggle, Molly Corbett said in a statement to police that she tried to hit Jason with the paving brick.

According to court testimony, she did hit Jason with the brick.

The appellate court ruled that Judge David Lee, who presided over the trial, made several decisions about evidence that prevented Molly Corbett and Martens from mounting an effective defense. If Lee had not made those decisions, the jury might have rendered a different verdict, the court said.

According to Irish media outlets, Jason Corbett's family was shocked at the court's decision. Tracey Corbett-Lynch, Jason's sister, has written a book, "My Brother Jason: The Untold Story of Jason Corbett's Life and Brutal Murder by Tom and Molly Martens." In that book, she alleges that Molly Corbett manipulated Jason and conspired to murder him with her father's help.

Walter Holton, one of Molly Corbett's attorneys, said in a statement that Molly Corbett has always cooperated with investigators and that she and Martens have consistently told the truth.

"This was self-defense, plain and simple," he said. "Molly has no fear of the truth. She is not the one trying to suppress the children's statements that were given at the time this event occurred and were given, in what the court has called, the exact correct circumstance in interviewing children. This opinion takes a huge step toward the truth and we welcome that."

David Freedman, one of Martens' attorneys, said he is happy that the court "recognized the rule of law."

Michael Earnest, Molly Corbett's uncle, said this is the first step "freeing two innocent people from prison." After the trial in 2017, he called the guilty verdict the most egregious miscarriage of justice he had ever seen.

"The appellate court vindicated that statement and went far beyond what I had even recognized, having sat through the trial," he said Tuesday. "We are gratified by the court's ruling."

Lee made a number of prejudicial errors, the court said on Tuesday.

Prosecutors had sought to exclude those statements, saying they were not reliable because they were hearsay and made during a time when the children believed that the statements might be used in a custody battle between Molly Corbett and Tracey Corbett-Lynch and her husband, David Lynch.

But the court agreed with the defendants that the statements were obtained for a medical diagnosis and treatment and that they were reliable. And the children could not be forced to come from Ireland to testify, making the statements even more critical, the court said.

In the statements, the children said that Jason physically and emotionally abused Molly Corbett, which would have been used to bolster arguments that Jason was a violent man.

The court also said that the statements contained information that would have helped the jurors in the case. For example, the court said prosecutors never explained why the paving brick was in the bedroom and even referenced that there was no explanation for it during closing arguments.

But Jack did provide an explanation, the court ruled. Jack said Molly, he and Sarah were planning to paint the brick and Molly Corbett placed it in the bedroom because it had been raining and no one wanted the brick to get wet.

Prosecutors argued that the children had recanted those statements, but the court's decision said Jack recanted the statements at his home in Ireland with prosecutors present. Sarah recanted, the court said, in diary entries that were never authenticated.

The court also ruled that Lee should have excluded testimony from Stuart James, a national expert in bloodstain pattern analysis. James found out the day before he testified that stains on the inside hem of Martens' shorts and on the bottom of Molly Corbett's pajama pants were never tested to confirm that they were blood and that they belonged to Jason.

Despite that, James testified that the lack of testing didn't change his opinion, even though the fact that the stains were not tested violated his own protocols, the court said.

He made the critical conclusion that the location of those stains meant that Molly Corbett and Martens were at or above Jason's head when they hit Jason. The court said if the stains weren't confirmed as blood, there's no way that James should have been allowed to testify about them or make any conclusions.

"By failing to ensure that suspected blood stains are appropriately tested for the presence of human blood, the State knowingly risked depriving its expert witness of the ability to conduct a blood spatter analysis in accordance with established and reliable principles and methods," the court said in its ruling. "This risk is exacerbated where, as here, the expert testimony regarding those specific stains is both a crucial element of the State's case, and highly prejudicial to Defendants."

The court argued that state prosecutors presented no evidence to contradict Martens' version of events. And the fact that Martens and Molly Corbett had no visible injuries isn't enough, the court said.

There was other corroborating evidence, including a blonde hair found on the palm of Jason's right hand. That hair was never tested. Also, the court noted, Molly was found suffering from shock. Her attorneys said during the trial that there was redness around her neck. Prosecutors said during the trial that one of the law-enforcement agents who observed her didn't see any visible tears or any signs she was injured. She also declined medical treatment, prosecutors said at trial.

The court, however, dismissed the allegations of jury misconduct that defendants raised in a motion for appropriate relief in Davidson Superior Court. Lee denied that motion.

"The tragic and unusual circumstances of this case are a humble reminder of the importance of the jury's vital role in our delicate system of justice," the court said. "Due to the compounding evidentiary and instructional errors that occurred both before and throughout the three-week trial in this matter, Defendants were prevented from presenting a meaningful defense, or from receiving the full benefit of their claims of self-defense and defense of a family member. As a result, the jury was denied critical evidence and rendered incapable of performing its constitutional function."