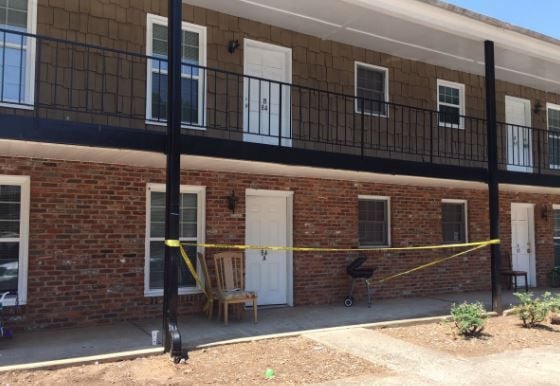 Crime-scene tape blocks off the apartment where police went to check on a woman’s well-being July 17, 2017, at the Willow Creek apartment complex. Later the same day, human remains were found in the woods behind the complex. 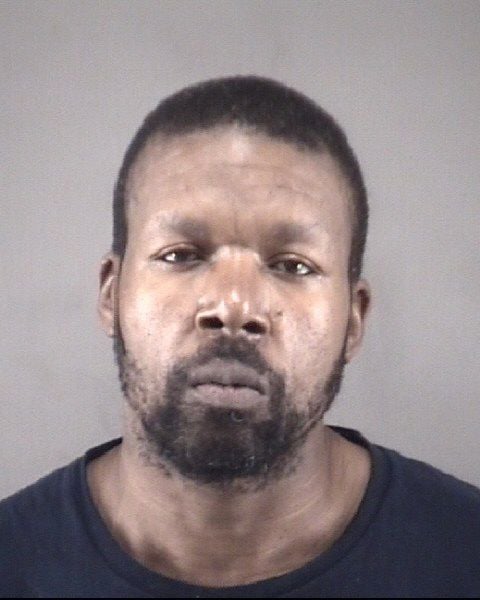 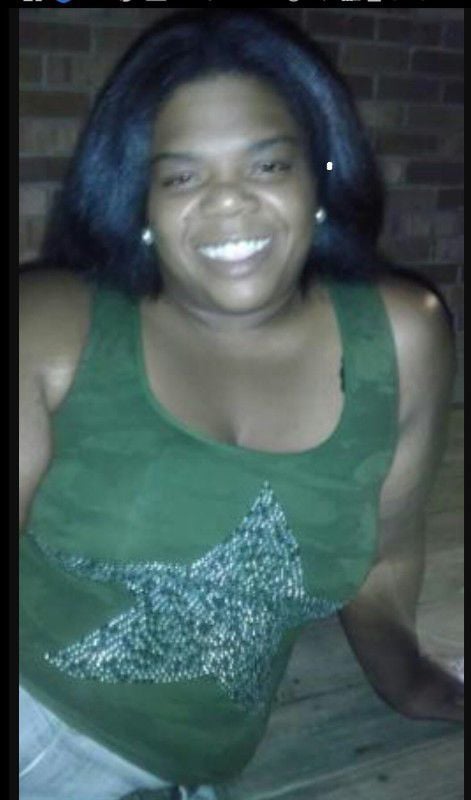 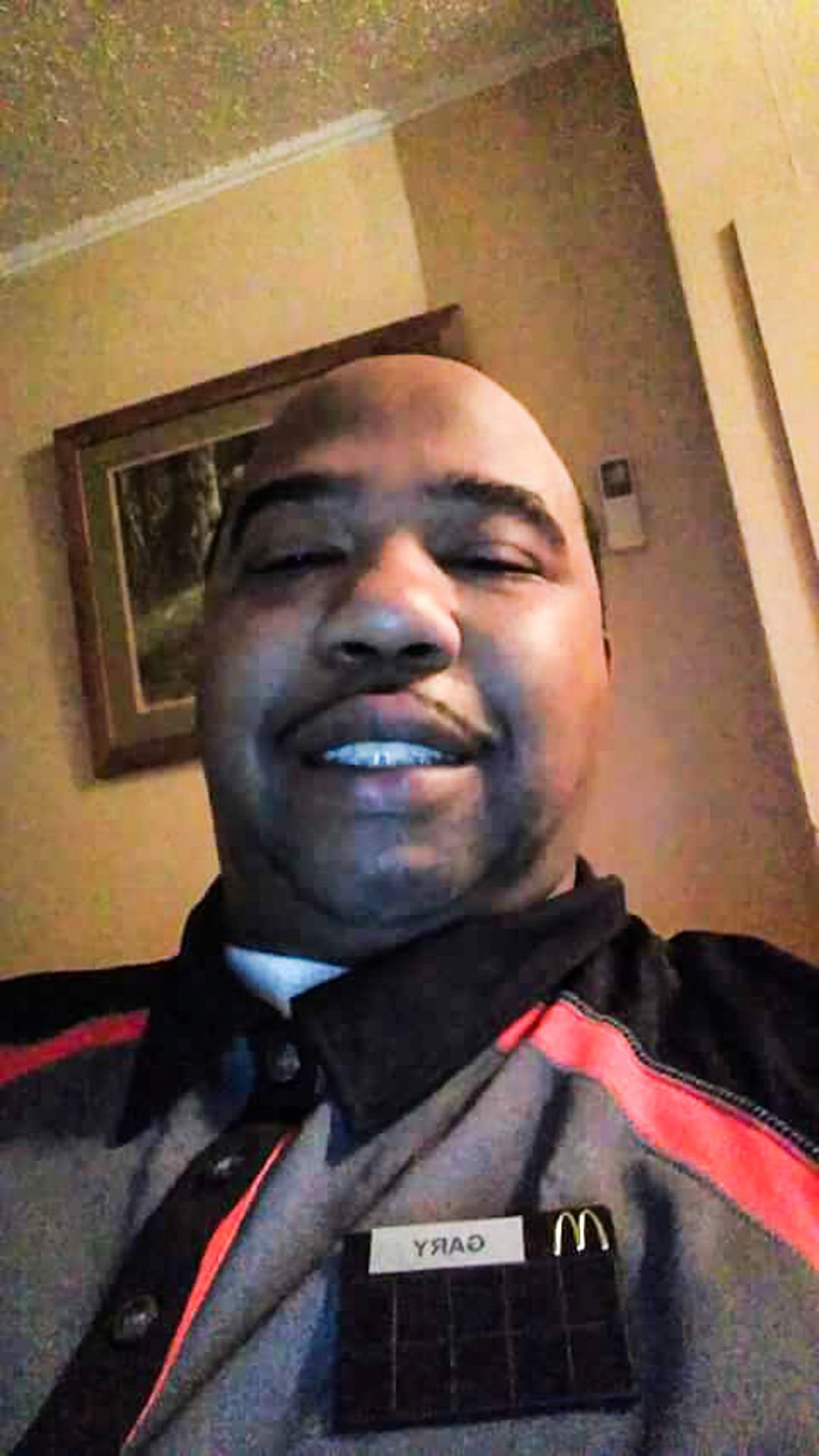 He pleaded guilty to two counts of first-degree murder and two counts of dismembering human remains in order to conceal an unnatural death in the 2017 deaths of Campbell and Craig. Their remains were found in the woods behind Willow Creek Apartments after they had both been missing for more than a month. Campbell had just moved into Craig’s apartment. Gladden was Craig’s roommate.

Judge David Hall of Forsyth Superior Court sentenced him later Monday afternoon to two consecutive sentences of life in prison without the possibility of parole. He had to clear the courtroom after a melee broke out earlier in the day. In the afternoon, he limited who could attend to two family members for each victim and two family members for Gladden.

That Monday morning, grief was like an unrelenting weight that offered no relief, and the mere mention of Campbell’s name by a prosecutor was enough to drive one relative from the courtroom, overcome with emotion. As Assistant District Attorney James Dornfried summarized the evidence, he mentioned that Gladden had told at least two people that he killed Campbell and Craig because he felt disrespected.

It was seemingly too much for Campbell’s brother, Kevin Jawan Campbell, 39, to bear.

“F-that (man)!” he shouted as he jumped from his fourth-row seat and barreled his way down the left-hand aisle of the courtroom. He was coming for Gladden, 47, who stood beside his attorney, Vince Rabil, wearing an orange jumpsuit, his wrists and ankles shackled.

Forsyth County sheriff’s deputies rushed to prevent him from crossing over to Gladden. Kevin Campbell wouldn’t stop and one of the deputies tased him. Minutes later, deputies had handcuffed him and were taking him out of the courtroom. He yelled out that Gladden had killed his sister and cut off her head.

And that incident was like a opening a shaken soda can — all the grief and rage bubbling in the room spilled out, and mayhem ensued.

Deputies were called in, and some had one young man who appeared to also go after Gladden pinned against the door on the right-hand side of the courtroom. Some of the relatives of Campbell and Craig yelled at members of Gladden’s family.

One female deputy stood on top of the first-row bench in the courtroom, urging people to calm down. Winston-Salem police detective Amanda Shay stood on the right-hand side, desperately trying to get the situation under control. A member of Gladden’s family told relatives of the victims that he was on their side.

In the end, Kevin Campbell; Jevonte Campbell, 25, who is Devette’s son; and Shaquille Jonquil Lewis, also 25, were taken into custody, cited for disorderly conduct and released, said Christina Howell, spokeswoman for the Forsyth County Sheriff’s Office.

After the courtroom cleared and the doors were locked, loud voices could still be heard in the lobby, and fights broke out in the stairwells. In the hall just outside Courtroom 5A, someone punched a hole in one of the walls. Deputies escorted families out of the courthouse, careful to make sure that the victims’ families didn’t interact with Gladden’s family.

The facts as outlined by Dornfried were grisly:

Winston-Salem police went to the apartment on July 17, 2017 after family members of both families had not seen Campbell and Craig for about a month. Craig had missed picking up his children and neither one had been seen at their jobs since June 16. Craig’s supervisor went to the apartment complex on the day he didn’t show up for work looking for him.

When police went into the apartment, it was clean and stripped of all carpet and padding. A pathway outside the apartment led to woods behind the building. Investigators went into woods and soon found some carpet. Wrapped inside the carpet was a human torso. Over three different times, investigators found more human remains that were later identified as belonging to Campbell and Craig.

According to autopsies, Campbell had been stabbed to death in the neck and chest. Craig was stabbed 18 times in the chest and neck, according to an autopsy report.

In the days after Campbell and Craig went missing, Gladden told neighbors that the two were in jail. He was seen driving Craig’s car, and one neighbor saw Gladden at 1 a.m. one morning removing carpet from the apartment and carrying it toward the woods, Dornfried said.

Gladden also confessed the murders to at least two people, including a female acquaintance of his. He told them that he felt disrespected because of the way the bills were being split up at the apartment. He had recently lost a job.

Rabil told Hall that Gladden had a traumatic childhood in which he saw someone close to him murdered. He spent time in foster care and was diagnosed with bi-polar disorder and post-traumatic stress disorder.

“My feeling is that he just snapped over what to him was a lot of stress and strain,” Rabil said.

Jones said she had to quit the job she had held for the last 40 years because she couldn’t do the work anymore. The pain was too much.

“I have a mental movie that plays through my head 24-hours a day (of how her daughter died),” she said. “I don’t get a break...I don’t like living everyday thinking about how she left this earth.”

Devette Campbell was an author and a poet, her aunt, Jerri Campbell said. She opened up a notebook and read one of her niece’s poems. The poem was an ode to black men from a black woman, urging them to make better choices and not kill each other.

“I don’t want him to live,” she said. She said she hated the idea that the North Carolina prison system would clothe and feed Gladden while her family has to visit Craig at his gravesite.

“I used to not believe in capital punishment and the death penalty, but for you sir (Gladden), I do,” she said.

Dornfried said that prosecutors had initially pushed for the death penalty if the case had gone to trial but agreed to allow Gladden to plead guilty and get a life sentence after consulting with the family and considering the evidence in the case.

Timothy Gladden, Gladden’s brother, sat in the second row on the right-hand side of the courtroom, with his wife.

“I’m standing with you,” he told the families. “I’m sorry for what my brother did to your family. I strongly apologize because it hurts me as well.”

When the hearing ended, and Gladden was led out, Timothy Gladden hugged each of the family members of Campbell and Craig.