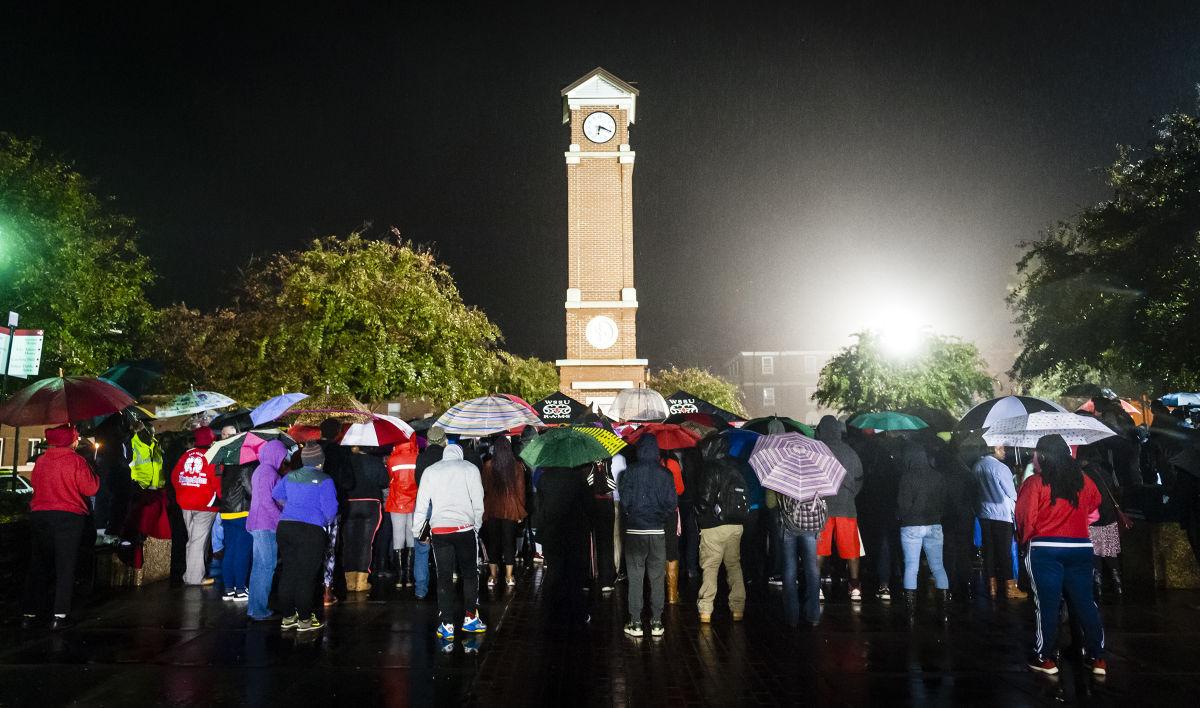 Mourners gather at the WSSU clock tower for a memorial service for Anthony White Jr. days after his shooting last year. 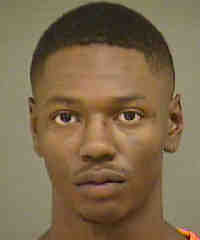 A 2015 fatal shooting at Winston-Salem State University that caused the school to be on lockdown for more than three hours sprang from an argument over a bottle of liquor and a cellphone charger, according to a search warrant filed in the Forsyth County clerk’s office.

Jarrett Jerome Moore, 22, of Charlotte, is charged with murder and discharging a firearm on educational property in connection with the shooting on Nov. 1, 2015, that left Anthony White Jr. dead. The shooting happened about 1:20 a.m. in Lot W near Wilson Hall and Gleason-Hairston Terrace on the school’s campus. Moore, a former WSSU student, was arrested in Charlotte the next day on unrelated charges.

According to a search warrant executed on May 23, Winston-Salem police said the shooting occurred after Moore and White got into an argument with another WSSU student, Troy Bowden, over the bottle of liquor and the cellphone charger.

Later, Bowden and the two female students came out of Wilson Hall, and that’s when the three men got into the argument. According to the search warrant, Moore pulled out a gun and shot Bowden and White. When Winston-Salem police arrived, they found Bowden in Wilson Hall with a gunshot wound above his left eye.

Officers found White in the parking lot between Wilson Hall and Gleason-Hairston Terrace with a gunshot wound to his head. White died at the scene. Bowden was treated for non-life-threatening wounds.

Winston-Salem police detectives interviewed Moore in Charlotte. Moore initially denied involvement but later admitted that he shot White. He told police, according to the search warrant, that during the argument, White gave him a gun and told him to “handle it.” Moore said he went over to Bowden to hit him in the head with the gun and the gun accidentally fired.

According to the search warrant, Moore told Winston-Salem police that he never meant for White or Bowden to be shot.

Winston-Salem police seized a .357-caliber Blackhawk gun, pieces of a broken grip of a gun, swabs of possible blood and personal items belonging to White from the crime scene, the search warrant said. Detective Michael Ognosky of the Winston-Salem Police Department executed the search warrant to collect DNA from Moore to match DNA found on the physical evidence that police had seized.

Moore is not charged with Bowden’s shooting. It’s not clear why. Forsyth County District Attorney Jim O’Neill said Monday that he could not comment on a pending case because of the Rules of Professional Responsibility.

Jason Crump, Moore’s attorney, said it is always a tragedy when a black man loses his life (White was black) but he declined further comment because the case is pending.

White played football at Belton-Honea Path High School in Honea Path, South Carolina. Family members said he chose to not play sports at WSSU so he could focus on academics. He was majoring in information technology.

Moore, who is from Charlotte, has had several run-ins with Charlotte-Mecklenburg police and was charged in connection with another shooting that occurred three days before the killing at WSSU. Moore attended WSSU but left after the 2014-15 academic year.

Bowden was a pre-business administration major at WSSU but left the school after fall semester in 2015, according to Jay Davis, spokesman for WSSU.

Moore was scheduled to appear in Forsyth District Court on Nov. 17, but his case was continued until July 13, 2017. He is in the Forsyth County Jail with no bond allowed.