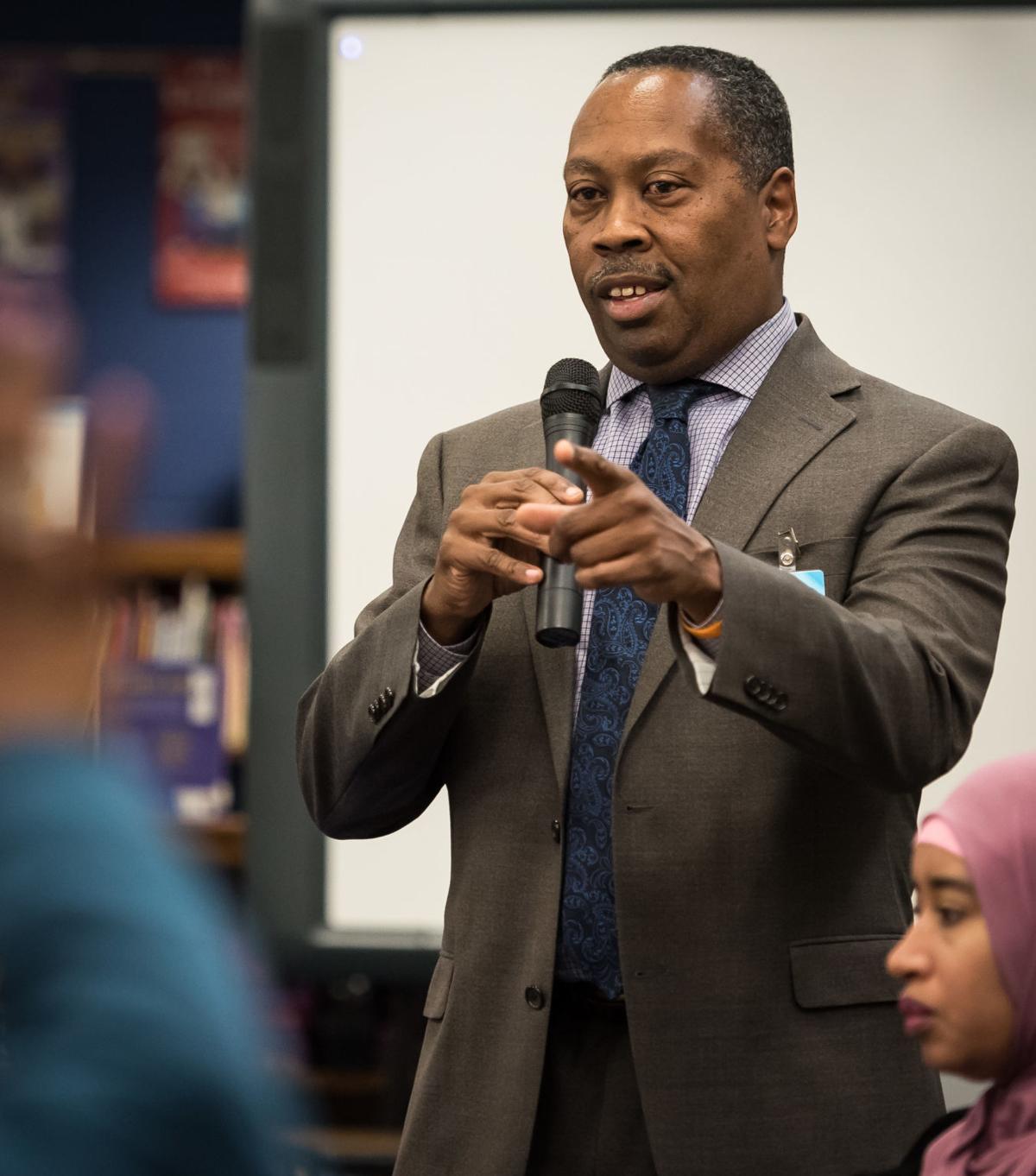 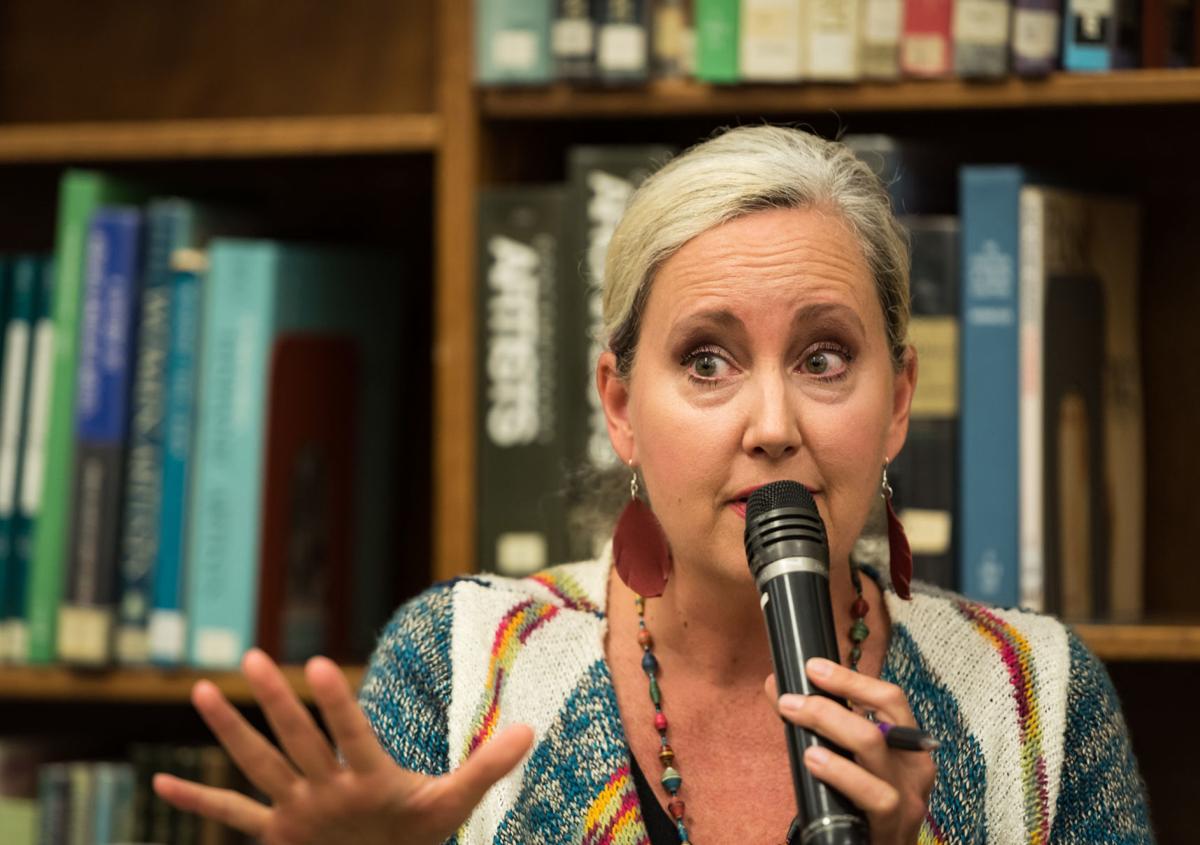 Lori Goins Clark (above) resigned from the Winston-Salem/Forsyth County Board of Education after a racially insensitive text message she sent to fellow board member Dana Caudill Jones (right) became public. 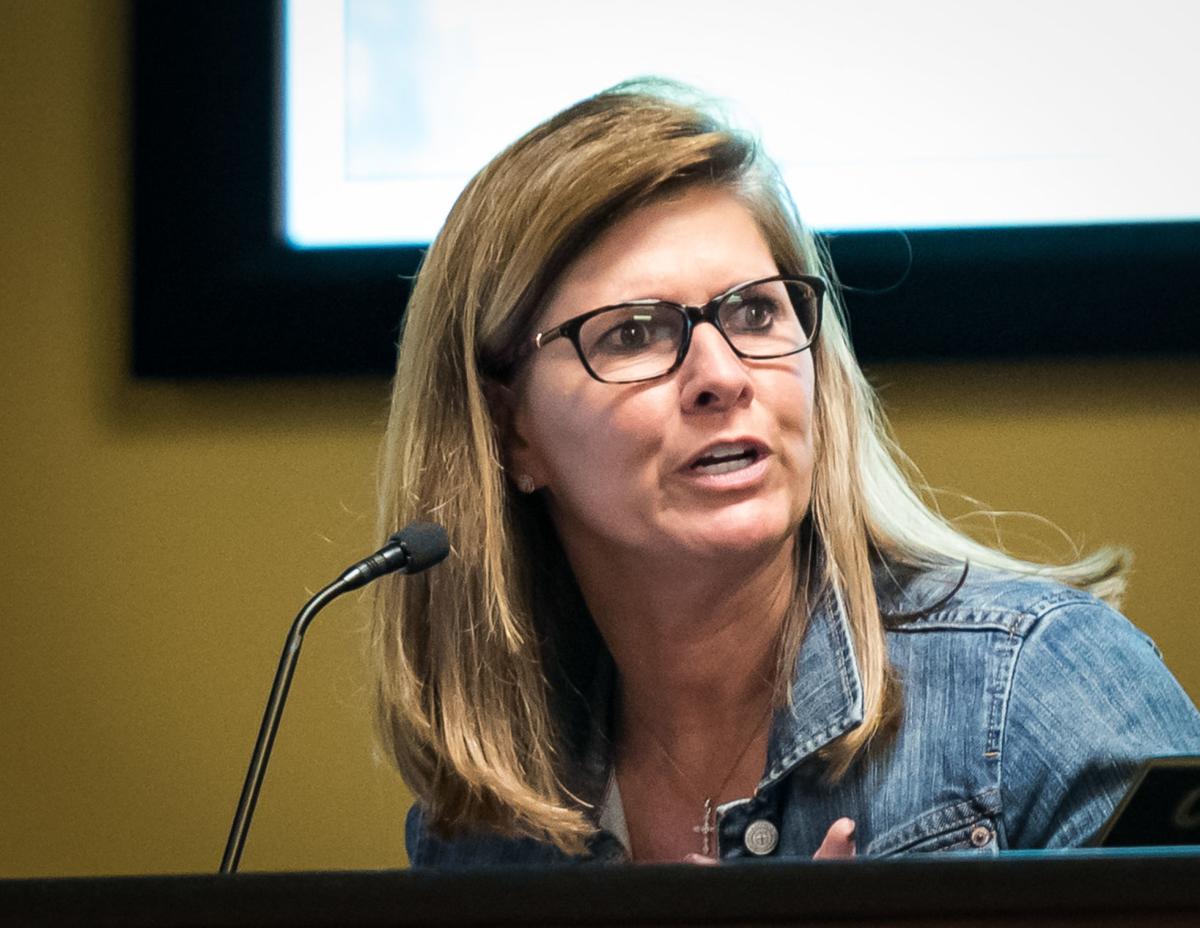 Lori Goins Clark (above) resigned from the Winston-Salem/Forsyth County Board of Education after a racially insensitive text message she sent to fellow board member Dana Caudill Jones (right) became public.

The agenda presented Tuesday evening by the Winston-Salem/Forsyth County Board of Education looked to be fairly routine. Boring even.

Items for discussion — a preliminary plan for low-performing schools, a report by the curriculum committee, to name two — didn’t take long. Maybe 10 minutes.

The same went for the so-called “Action Item” — an oxymoron if there ever was one. Slam dunk approvals for a handful of contracts and two very enthusiastic thumbs up for a still-thin-on-details plan to ask voters to approve a one-time, quarter-cent sales tax to pay for raises for school employees.

Next came a free-wheeling open mic jam session where citizens are free to speak on whatever their heart desires. Followed immediately by a closed session to “discuss personnel matters … and to discuss a legal matter.”

Nothing to see here.

Until a retired teacher named Alfred Harvey stepped to the podium and offered a pointed, painful reminder that the little matter of a racially insensitive text message sent by a former board member to a current board member isn’t just going to up and vanish.

“It’s been kinda on my mind,” Harvey said. “Why do you think they sent it to that person? Maybe it’s because they’d had that conversation before?”

The “it” to which Harvey referred is a now infamous text message sent by Lori Goins Clark (the ex-board member) to Dana Caudill Jones (a current board member) that inadvertently — and stupidly — included Ken Simington, the outgoing interim school superintendent and unwitting target.

The text, if you somehow missed it, read “Hope your meeting with mushmouth goes well!!!”

Mushmouth was a cartoon character on the Fat Albert and the Cosby Kids show with overly large lips who slurred and stuttered his words. Cosby, the disgraced (and disgraceful) actor, provided the voice.

And once it came to light, the incident created a stir that continues to roil what should be a grace period for a new school superintendent.

Clark (sort of) accepted responsibility. She resigned Aug. 29 citing the feckless “personal and family reasons” and said that she has apologized for a “personal and relational” mistake that some misunderstood.

How a hurtful, buffoonish and insensitive comparison between a cartoon and a distinguished educator could be “misunderstood” remains a head-scratcher. But under the hate-the-sin, love-the-sinner theory, we’ll let that one go for now.

The same cannot be said — yet — of Jones, the text’s intended recipient. And that was Harvey’s point in his comments.

He didn’t call Jones out by name. But he didn’t have to; she erupted almost immediately.

“I’m not going to sit here and listen to that … it’s disrespectful,” she thundered.

More so than, say, a racially insensitive text? Voters can judge that for themselves.

Malishai Woodbury, the board’s chairwoman, intervened by reminding the crowd that comments were supposed to be kind and not personal in nature.

“I’m not going to have you question my character,” Jones said.

By then, it was a tad late to raise the issue of character. The time for that was the moment the text was opened, not weeks later.

Harvey, a frequent and vocal presence at school-board meetings, continued by stating the obvious.

His message was that such a text wouldn’t be sent unless it was an extension of prior conversations or some kind of running inside joke.

“Some of these people are wearing a mask,” Harvey said of the Board of Education. “If (the) board could get to the root cause of why somebody thought they could send somebody else a disparaging text … .”

That’s a mighty big “If.” Until then, other unanswered questions remain.

Simington has spoken to a lawyer, two actually, who so far have remained silent. And that’s their prerogative. But what happens — or has happened — does matter.

Perhaps it was coincidence or a completely unrelated issue, but the school board went into a closed session immediately after the public comments for a matter so time-consuming that Woodbury felt compelled to mention the clock. “We have a very long closed session,” she said.

Whatever could they have to discuss? How — or whether — to settle a defamation claim? Perhaps how many zeroes to put on a check?

School officials, of course, aren’t saying. “We cannot comment on any pending legal matters,” wrote Brent Campbell, a spokesman for the Winston-Salem/Forsyth County Schools in response to a question about any claims by Simington.

If (or when) the time comes that the board comes to an arrangement, such dodges no longer apply. Citing “personnel matters” or hiding behind claims that private insurance companies sometimes pay out financial settlements on behalf of public bodies won’t cut it, either.

A hearty thanks to Mr. Alfred Harvey for bringing this up. As for Ms. Jones, for you to bring up the word "disrespectful" would be absolutely laughable if your 'deafening' silence when you received the racist email weren't so pathetic. No doubt Mr. Harvey's insight into your true inner-self struck a nerve with you.

Thank you for covering this unfolding school board circumstance. Mr. Harvey's question was pretty insightful. Sounds like Ms. Jones thought so too, judging from her reaction. We all need to reflect more insightfully.