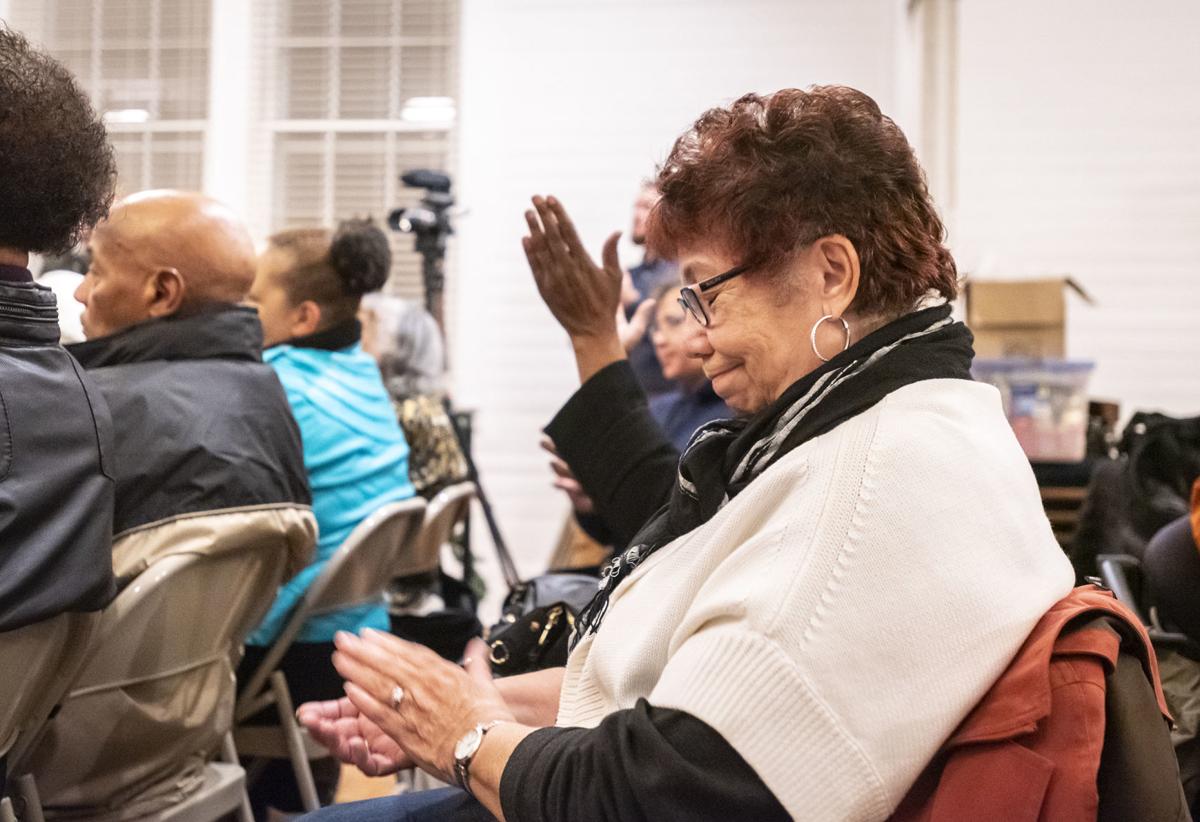 Sandy Thomas listens as her late daughter, Danielle Bailey-Lash, is praised prior to being honored and recognized by the Walnut Cove Board of Commissioners on Tuesday. 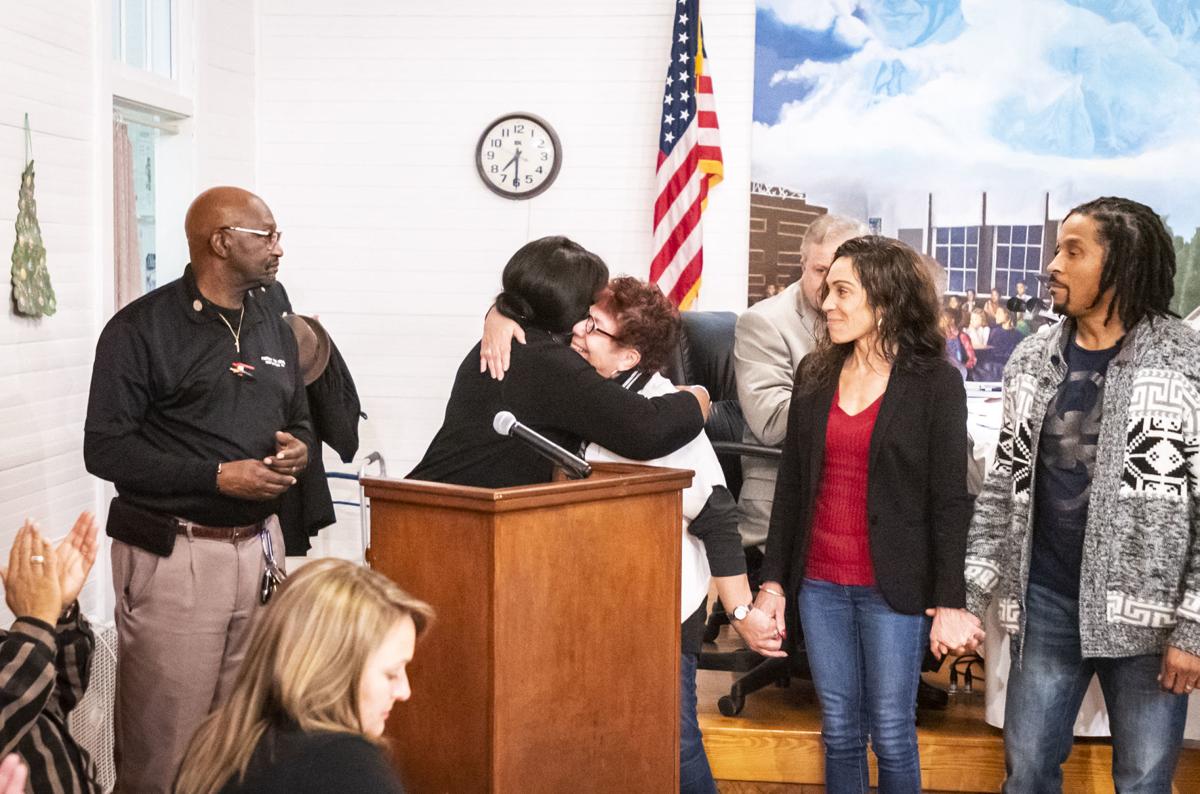 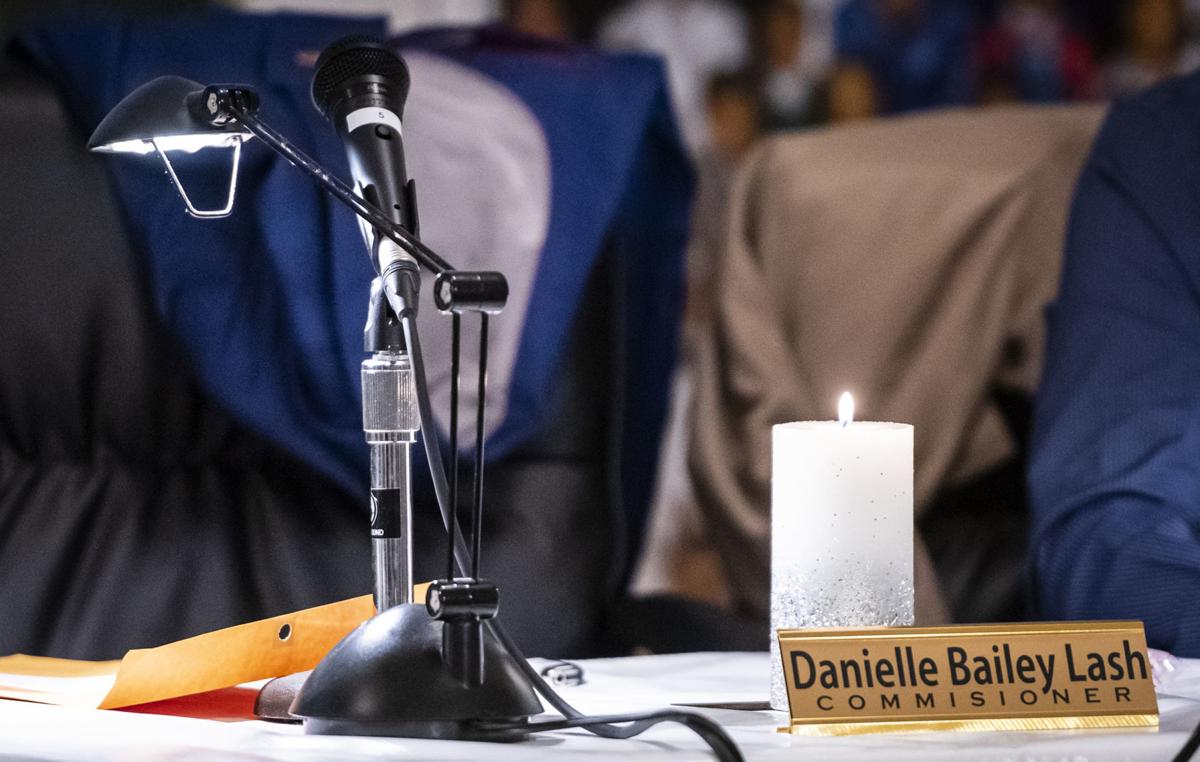 LEFT: A plaque and a candle mark the seat of Danielle Bailey-Lash at the Walnut Cove Board of Commissioners. 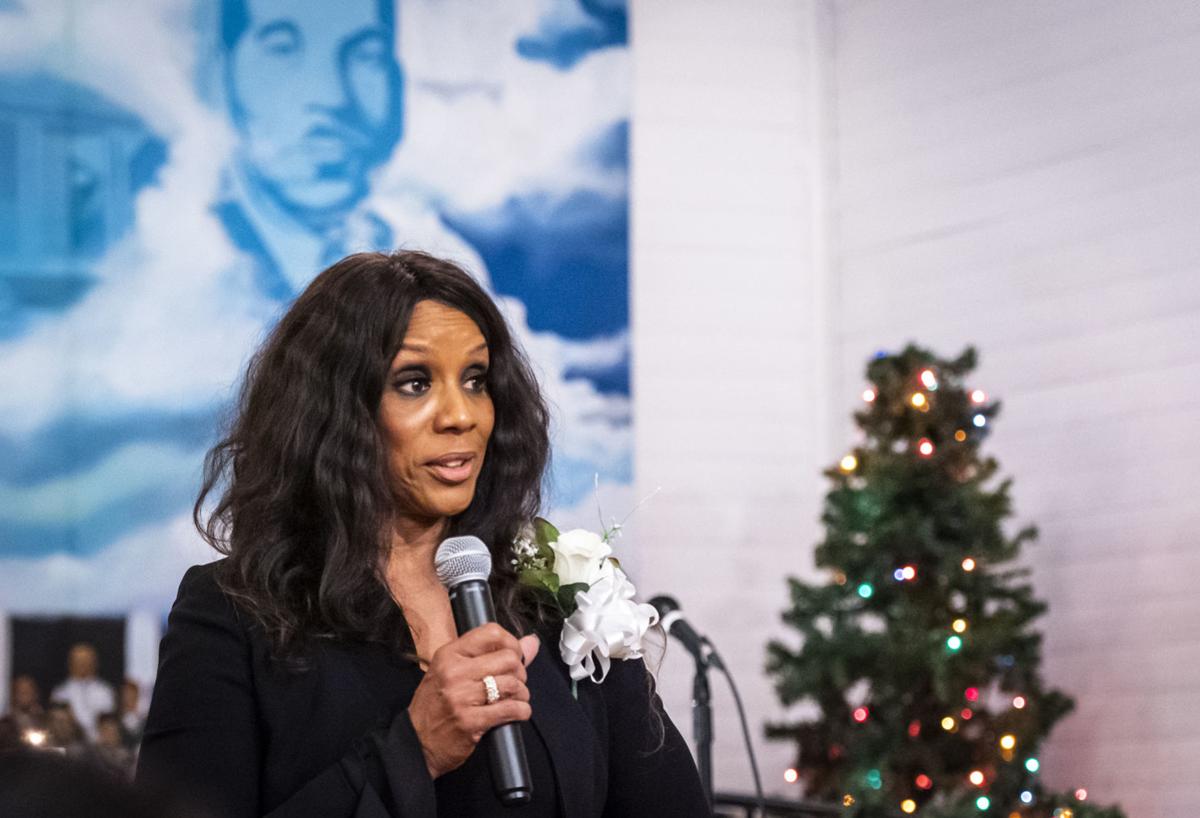 Sandy Thomas listens as her late daughter, Danielle Bailey-Lash, is praised prior to being honored and recognized by the Walnut Cove Board of Commissioners on Tuesday.

LEFT: A plaque and a candle mark the seat of Danielle Bailey-Lash at the Walnut Cove Board of Commissioners.

WALNUT COVE — Sandy Thomas entered the main room in the Walnut Cove Senior Center and slowly made her way to a folding metal chair. Her husband Henry sat next to her and gently rubbed her back.

They were surrounded by family and friends on a dreary Tuesday evening in December for the swearing-in ceremony for the town board of commissioners.

Their daughter, Danielle Bailey-Lash, had been a leading vote-getter in last month’s election. Like she had done many times before, Bailey-Lash had battled long odds to even be on the ballot, much less win a seat.

By all rights, it should have been a joyous occasion. But life can be cruel, and so the moment was bittersweet.

Danielle Bailey-Lash died Nov. 30, just two weeks before she could place her right hand on the Bible and swear to faithfully execute her duties. She was 45.

“She exemplified everything you would want in a young lady,” Sandy Thomas said. “I know you’ve heard all of this before — everybody says things like that — but it’s true. Our faith, her faith, kept us going.”

The power of belief

When Danielle Bailey-Lash learned in 2010 that the source of her excruciating headaches was glioblastoma, a rare and aggressive brain cancer, doctors told her the worst: Her time was short.

“She was given six months, and (God) gave her nine years,” said Mary Martin, Bailey-Lash’s godmother. “She was not going to give up. It was so miraculous. It never stopped her from getting up and going.”

Born in Philadelphia in 1974, Bailey-Lash moved from California to Walnut Cove when she was 12. “She went from a city mouse to a country mouse,” Mary Martin said.

She attended South Stokes High, North Carolina A&T State University and worked in banking and with her mother running a day-care. But at the core of it all was a love for her adopted Stokes County community.

She volunteered time (and served on the boards of) local PTAs, the local youth football team, the annual Walnut Cove Little People’s Festival and Exchange/SCAN, a local organization now known as the Parenting PATH dedicated to helping abused and neglected children.

Bailey-Lash took an active role in fighting for a clean environment and drawing attention to the harmful effects of fracking and the presence of coal ash in close proximity to drinking water.

“She had a fulfilled life,” said Jennifer Martin, Mary’s daughter, a prosecutor in Forsyth County and one of Bailey-Lash’s dearest friends. “She knew the value of family and the town became her family, too.”

In the midst of it all came that terrible diagnosis in 2010. Other people might have pulled back but that wasn’t her way.

She continued taking evening courses at Guilford Technical Community College so she could better understand the intake system in child-protective services and social work even after she knew she had a relapse.

And she decided to run for office.

“Every time she was given bad news, she would say ‘I don’t receive that,’” Sandy Thomas said. “She would not hear negative things. That was one thing other people used to laugh about. I would have to go and talk to the doctor.”

It wasn’t that she was in denial — she wasn’t — it was that Bailey-Lash believed in the power of positivity and goodness.

“She believed she would be healed and freed of this disease,” Sandy Thomas said. “That’s why this is so hard. She had me believing it, too.”

Folks arrived early Tuesday evening for the Walnut Cove commissioners’ meeting and swearing in. A seniors’ dance class was just wrapping up and the room required a quick reconfiguration.

Mary Martin was one of those early arrivals, and she settled into a chair in a narrow hallway to wait. A dance instructor voluntarily shared her thoughts and offered comfort without knowing Martin’s connection to Bailey-Lash.

“It’s so sad,” the woman said. “We were all so, so hopeful. But the Lord has his reasons.”

Unyielding faith and unshakable confidence in divine mystery proved a constant theme through the ceremony Tuesday.

“There is a reason,” Mary Martin said. “She got a second chance and made the most of it. She was a fighter, not a woe-is-me type. Her attitude was ‘I’ve got a testimony and I’ve got things to do.’”

Members of the new board and the new mayor left what would have been Bailey-Lash’s seat open. A candle lit up her nameplate.

In the growing crowd, Sandy and Henry Thomas took their seats near Bailey-Lash’s offspring, son Anthony Lash and daughter Amani Lash. Her grandson Eli was there, too. Hugs and a few tears commingling joy and sadness were shed as Sandy accepted a plaque commemorating the occasion.

“This is a celebration, a reason to be glad,” Jennifer Martin said. “We’re hurting in our hearts but have joy in our lives because we know where Danielle has gone.”