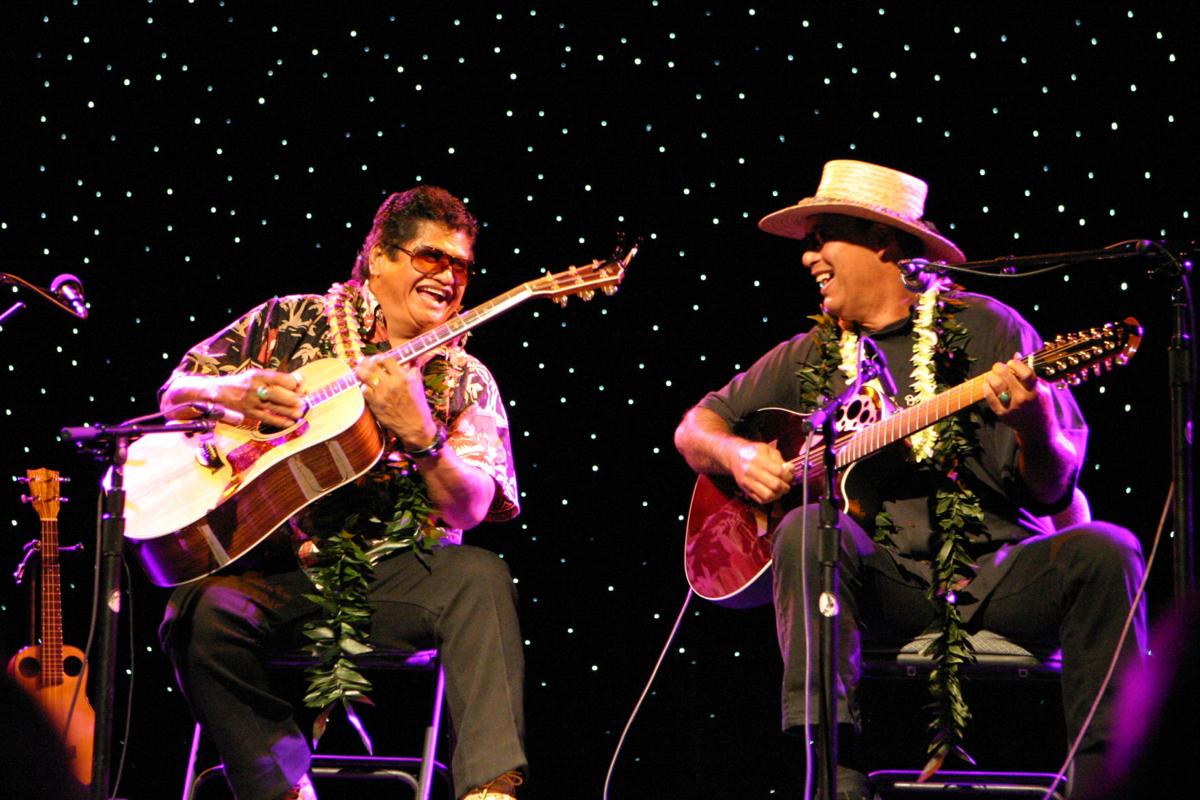 Ledward Kaapana will perform at the 2019 N.C. Folk Festival in Greensboro. 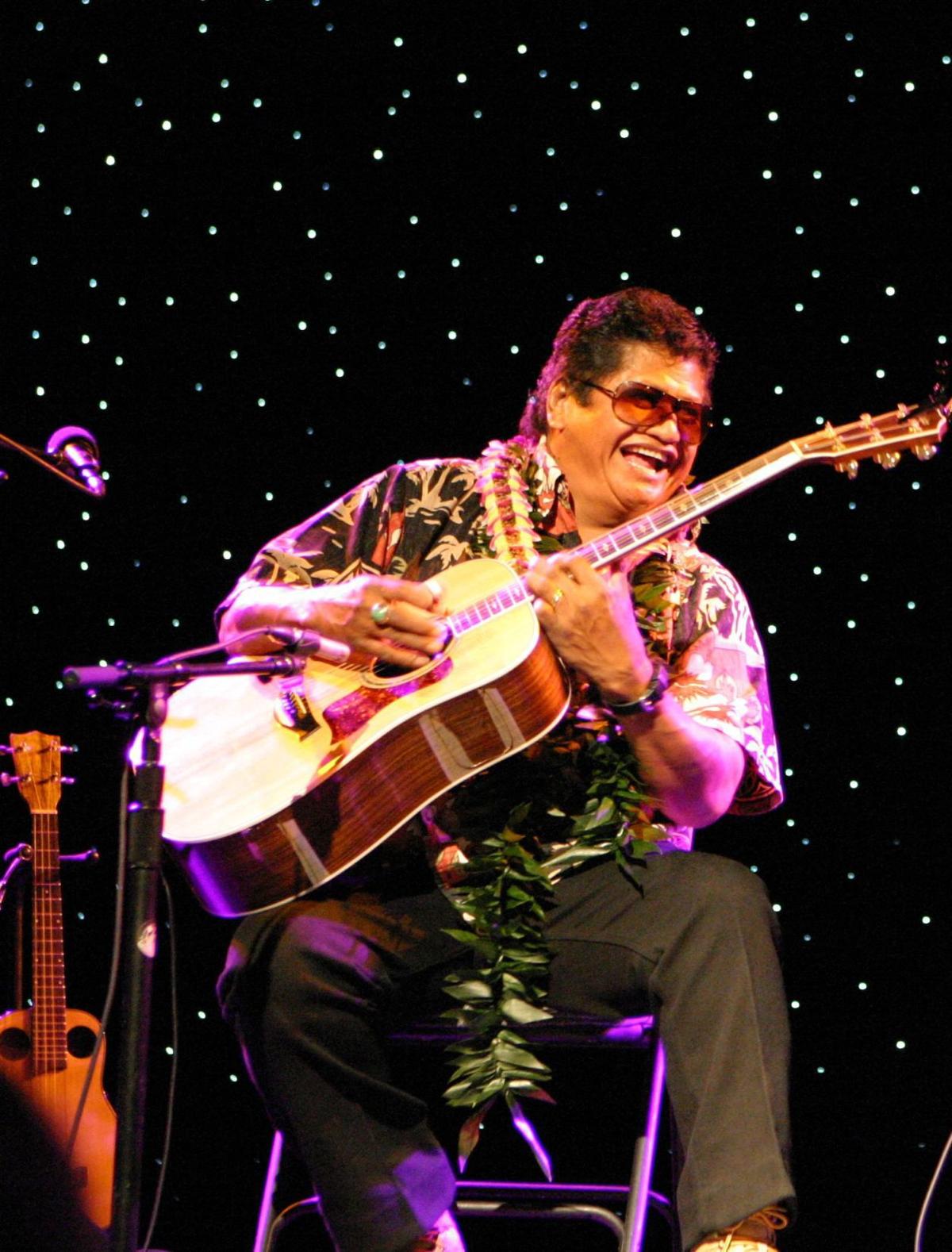 Ledward Kaapana will perform at the 2019 N.C. Folk Festival.

Ledward Kaapana will perform at the 2019 N.C. Folk Festival in Greensboro.

Ledward Kaapana will perform at the 2019 N.C. Folk Festival.

Ledward Kaapana is the undisputed master of Hawaiian slack-key guitar, and his accolades as a musician extend beyond that style.

He has been called “perhaps the greatest guitarist in the world” and “by far the best as it gets when speaking about musical prowess.”

I’d only add that “Led,” as he is known, is also as easy-going a person as one could hope to encounter. In a phone call from northern California, where he’s on tour, he opens and ends the conversation with a hearty “aloha” and displays a gentle voice and infectious laugh throughout.

Kaapana will be performing at the North Carolina Folk Festival in downtown Greensboro this weekend. By his recollection, it will be his second visit to the state, with the first having come way back in the early 1990s when he was part of a tour dubbed “Masters of the Steel String Guitar,” sponsored by the National Council for the Traditional Arts.

A native Hawaiian, Kaapana has been a celebrated musician since forming Hui Ohana (“family group”) with his twin brother and cousin in 1972. The trio helped spearhead a return to traditional Hawaiian culture and music with their debut album, “Young Hawaii Plays Old Hawaii.” The prolific and inspirational group recorded 14 albums by the end of the decade.

Kaapana went on to form another hugely popular Hawaiian trio, I Kona, which released a half dozen albums. His first solo album, “Lima Wela” (“hot hands”), came out in 1983. He was among the first artists signed to musician George Winston’s Dancing Cat label, dedicated to “exploring the music of Hawaiian slack key guitar.”

Kaapana is rabidly followed by a fan base known as “Led Heads.” Four of his solo albums of have received Grammy nominations, and in 2011, he was awarded a National Heritage Fellowship from the National Endowment for the Arts, the highest honor one can receive in folk and traditional arts.

This is all heady stuff for someone who grew up in a remote corner of the Big Island of Hawaii. Kaapana was born in the village of Kalapana in 1948, 11 years before Hawaii even became a state.

His village didn’t have electricity, so the extended family made its own entertainment. In those idyllic times, the absence of intrusive technology allowed family attachments to flourish and creativity to flow.

“It was really the old Hawaiian style of growing up,” he says. “We used to go fishing and hunting. Everything was work to raise animals — pigs, cows, horses, chickens. We had them all, plus cats and dogs, and we raised them in the real old style there.”

“My mom, dad, uncles, aunties, grandmas and grandpas all played instruments, so on the weekends, after they got through working, they’d all gather together and play music. As I was growing up, I learned all this music by watching them play and remembering the fingerings, the melodies and the tunings of the instruments. So I learned how to play from my ohana — my family.”

The Hawaiian slack key style endemic evolved out of necessity. It originated, curiously enough, when Mexican cowboys were brought to the Hawaiian islands to help upgrade the cattle industry. When they returned home, some left behind their guitars, but the native Hawaiians had no idea how to tune them.

So what they did was alter standard tuning by detuning or “slacking” three of the strings by a full step. When strummed in an open position, the guitar played a major G chord. This “Drop D” tuning, as it is called — because the E strings were “dropped” to D (and the A string to G) is the most common of 16 frequently used slack-key tunings. Kaapana himself employs six of them, he says.

In a technical essay on slack-key guitar, George Winston wrote, “Each tuning has a uniquely beautiful sound, feeling and resonance. These tunings are very ingenious and are designed to play songs in major keys with natural fingerings, and so that the guitar can have a nice resonance. It’s as if each tuning is a different delicious kind of fruit in a big basket or a different color in a rainbow.”

Since both tropical fruits and colorful rainbows are associated with Hawaii, it is appropriate that the music played by native musicians such as Kaapana evoke these aspects of island life.

“It is all Hawaiian folk songs passed on from many generations,” Kaapana says of his repertoire. “It was passed on to us, and we have passed it on to the next generation.”

What: Ledward Kaapana at the N.C. Folk Festival

Here's a primer for this weekend's N.C. Folk Festival in Greensboro

For many of us baby boomers, his music was the soundtrack to our lives. Booker T. Jones laid down a Memphis groove deep enough to wallow in, d…