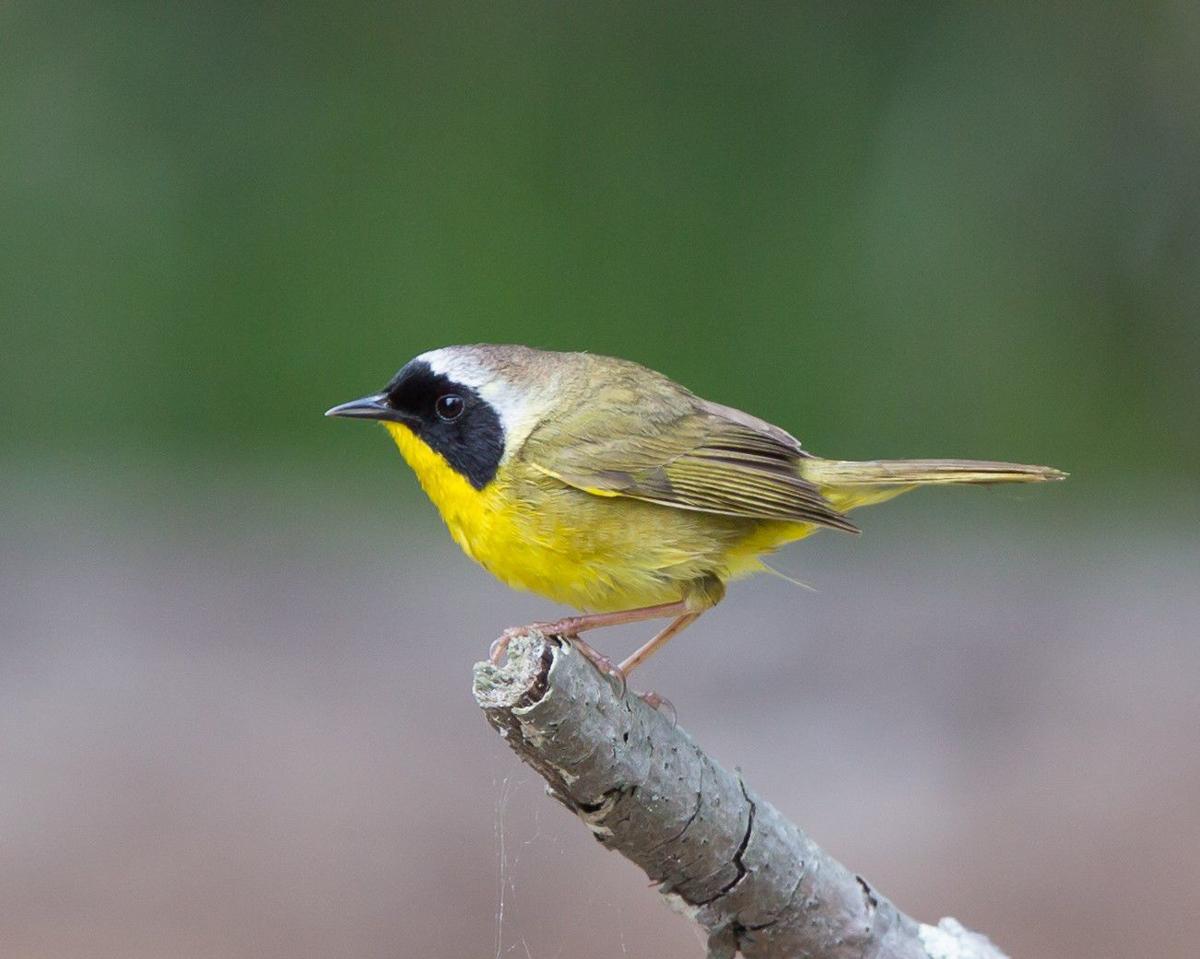 The Yadkin River Nature Trail at Tanglewood Park begins at a gravel parking lot across from Skilpot Lake. The trail leads you along remnants of riverbed that may have been left when the river decided to change course. Now only a few inches of water stand where wood ducks occasionally forage except for spells when it dries up completely. You can tell by the girth of the trees, some of them three feet in diameter, that this small part of Tanglewood has been largely undisturbed for many years.

This is one of the best places in the park to hear the barred owls that nest there, asking, “Who cooks for you, who cooks for you all?,” in owl parlance.

Farther along, the forest gives way to a wetland where standing water is more reliable, and buttonbush and cattails dominate the vegetation. A red-winged blackbird, dressed handsomely in a velvety jacket with red and yellow epaulets, sings coke-a-lee from atop a cattail.

The staff at Tanglewood partners with North Carolina Forestry to carry out prescribed burns each year. They are usually scheduled in late winter to avoid the nesting season. This maintains the meadow and wetland and keeps trees from encroaching and turning these scarcer habitats into more woodland.

It is just at this juncture that you might hear the first common yellowthroat singing “wichity, wichity, wichity.” The tiny bird is easily heard, harder to see, so recognizing the song is a key to getting a look at it.

There’s a lot of competition for your attention. The woodland opposite the wetland rings with the songs of Carolina wrens, cardinals and robins — all boisterous singers — and the yellowthroat’s song can get lost in the chorus. But for a bird of this size — weighing in at just a third of an ounce — it holds its own. When he pours forth with its song, he throws his head back and sings with such vigor that his entire body vibrates.

In early spring when the male must both lure a mate and defend his patch of marsh or grassland, he will deliver his aria 125 times an hour. But once he is established as master of his domain, some of the pressure is off and he can reduce the rate to 20 to 40 times an hour.

As is often the case with birds, the female is less colorful than her mate. Because it is she who does all the incubation of the eggs, she needs to blend in, hoping to escape discovery by lurking predators.

The male, on the other hand, is obliged to be more prominent to win his mate and secure their space. A black mask edged with white contrasts sharply with his namesake yellowthroat and provides just that touch of panache needed to win a girl’s heart.

The tall, dense native grasses that make up most of the Tanglewood meadow are ideal nesting habitat for yellowthroats. The nest is always on the ground or near it. If it were in the open, it would be susceptible to all manner of mammal, reptile and avian predators, whether fox, coyote, skunk, opossum, raccoon, rat snake, or crow. But the grasses, head high to a human, are so dense that intrusion is difficult and finding the nest, a small bundle of similar grasses, next to impossible.

If you listen carefully while you walk the one-mile loop past the BMX track and back along the river, you can hear six or seven yellowthroats. All are males, each staking claim on his patch of tall grasses. Each pouring his heart out, trying his best to keep his mate at home while dissuading any who would steal her away.