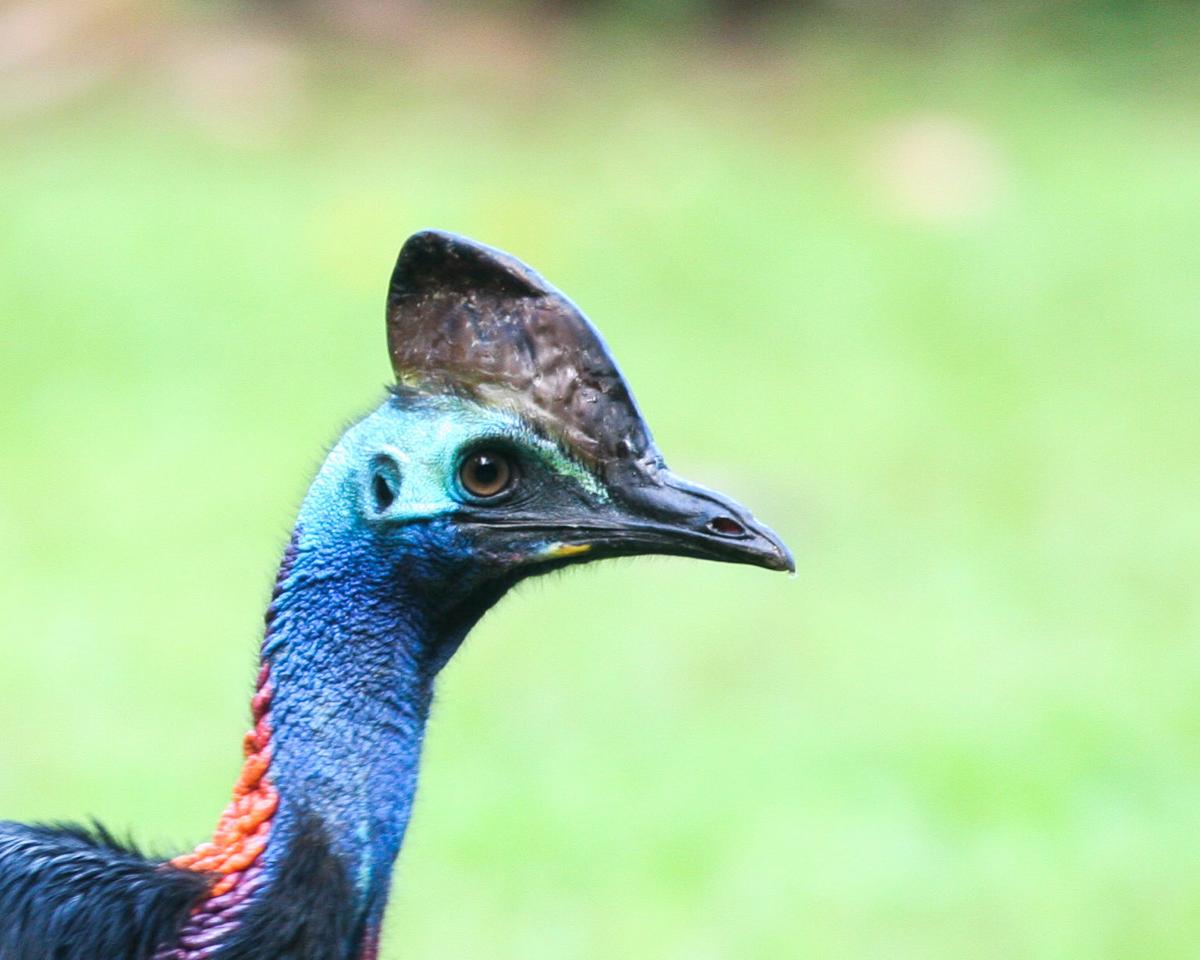 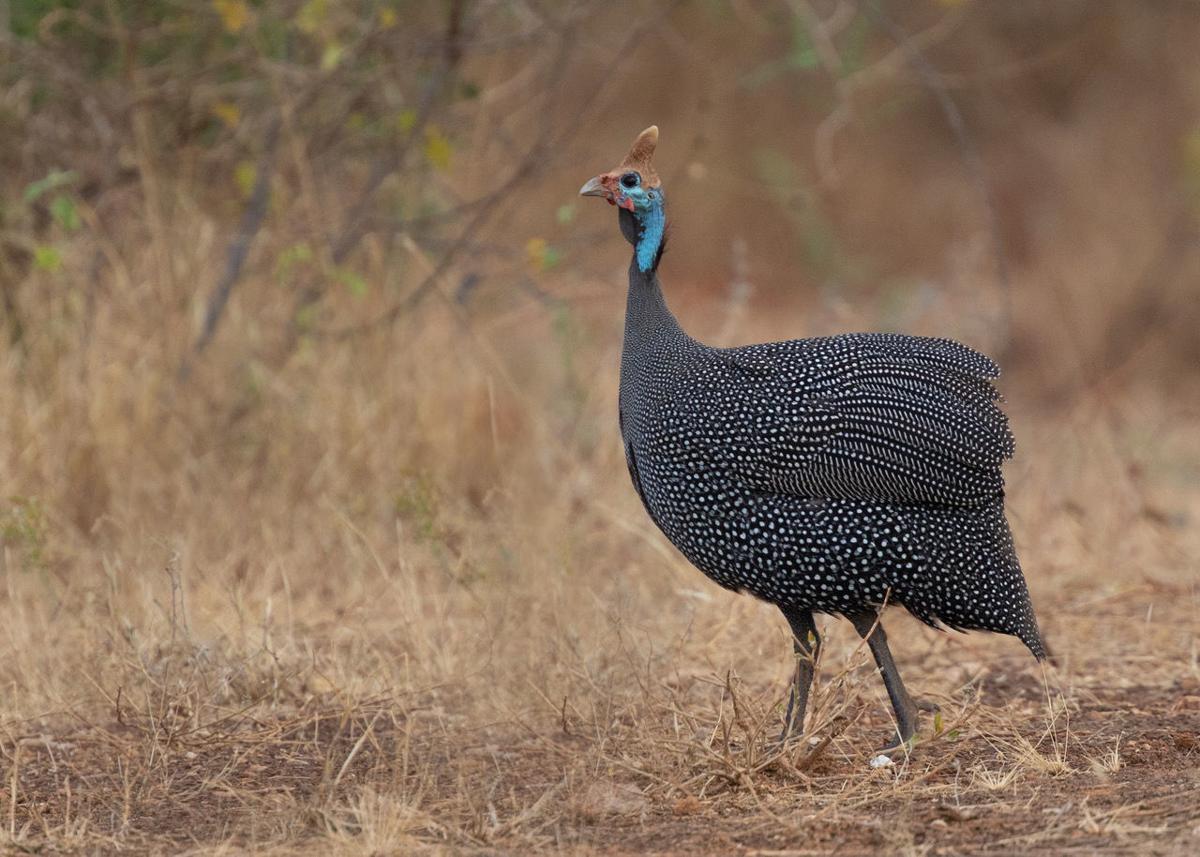 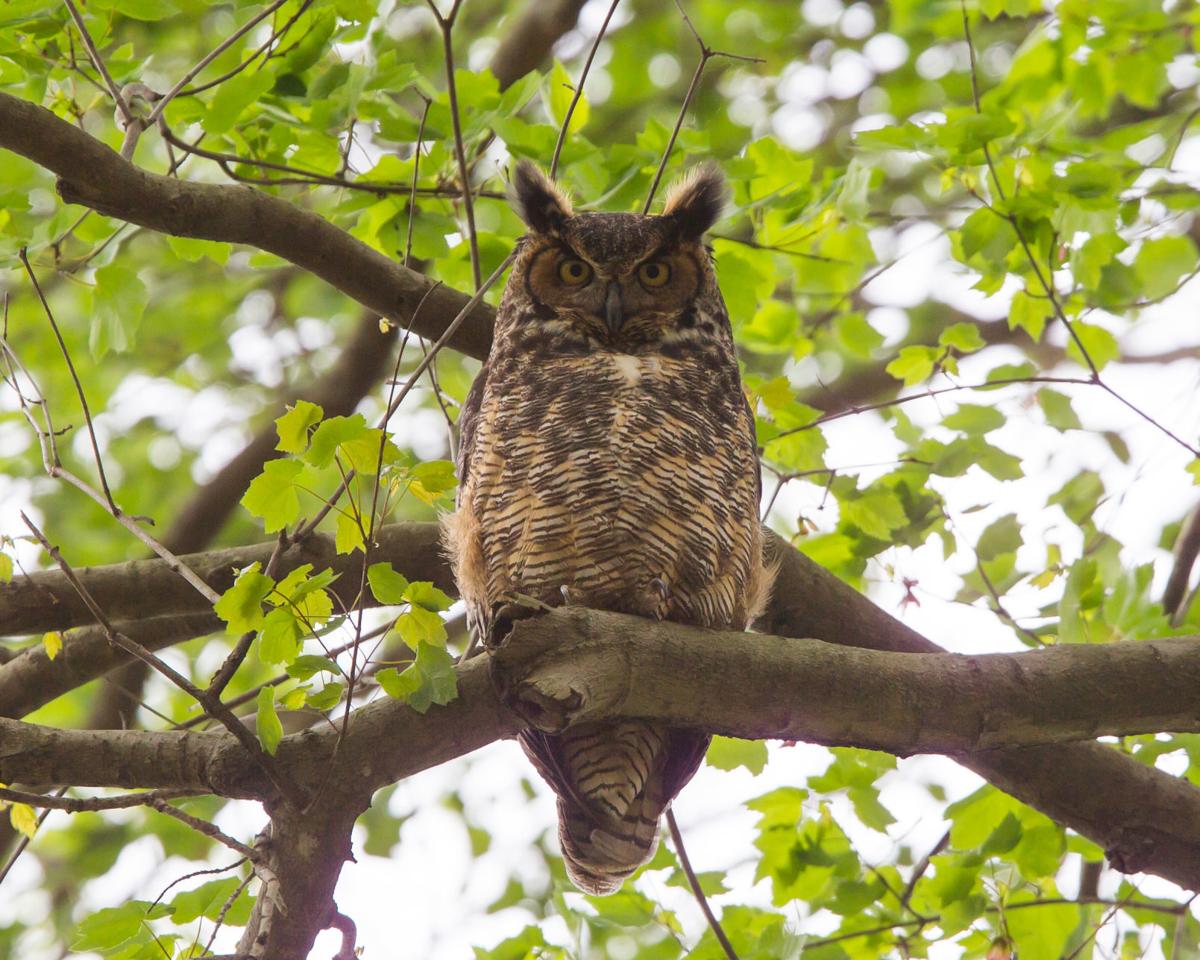 About 55 species of hornbills in the world are found in the tropics and sub-topics of Africa, Asia and Melanesia. They have large down-curved bills that look somewhat horn-like and that’s where they get their name. Some also have a casque, which is also horn-like, along the top of the bill. These casques may reinforce the large bill, or, in some species, serve as a resonating chamber that amplifies their calls.

Many species have colorful, elaborately shaped casques that may be attractive to potential mates or may protect the birds’ head during aggressive encounters.

We’re most familiar with the horns of certain mammals, such as cattle, bison, antelope, goats and sheep. The antlers of deer are often erroneously called horns, but they are fundamentally different. Antlers are made of bone that grows out of the animal’s skull. They are shed and grown anew each year and are used in the animal’s defense and in establishing dominance over other males for access to females for breeding.

Antlers are the hardware, principally, of male deer; caribou and their domesticated forms, reindeer, are the only deer in which both males and females grow antlers.

Horns grow out of the animal’s skull, too, and serve the same purposes as antlers. But these are just bony cores and are covered with keratin — the same material that makes up our fingernails. Unlike antlers, horns are permanent; they’re not shed and replaced.

In addition to hornbills, several birds have names that imply that they have horns, but do they really?

Great horned owls have feather tufts on the tops of their heads, as do short-eared owls and long-eared owls. Yet these tufts are neither horns nor ears, but simply feathers used to express body language.

The horned lark is a sparrow-like bird of prairies and deserts and its horns are feather tufts as well. Unlike the foolish person who tries to take a selfie with a bison, you needn’t fear being gored by a horned lark.

The horned grebe’s “horns” are buff-colored patches of feathers behind the eye. They’re erectable and are employed during this bird’s elaborate courtship behavior, which can only be described as synchronized swimming, the birds having invented this behavior long before it was an Olympic event. But to think of these tufts horns requires a vivid imagination.

One of three puffin species worldwide, the horned puffin is named for a black, fleshy appendage that extends upward from each eye. Viewed from just the right angle, this appendage appears to extend slightly above the top of the bird’s head and, thus, gives the impression of a horn. But its purpose is unknown, as it is not used in aggressive encounters.

Africa is home to the world’s six species of guineafowl, and the helmeted guineafowl wears a casque that look very much like a horn; however, like the horned puffin’s “horn,” its function is unknown. This bird looks as if it has been put together from parts different birds. Its featherless head bears fleshy wattles, and the casque adds nothing of value to the bird’s appearance. But these features sit atop a body adorned with the most exquisite plumage. This bird has been domesticated and is a common fixture in barnyards across the United States.

Other birds with horn in the name are horned guan, horned curassow, horned coot, horned parakeet, a hummingbird — the horned sungem — and a bird whose name sounds like it should be in a horror movie, the horned screamer.

But no bird wears ornamentation that looks more like a horn than the cassowary. Australia is well-known as the home of many of the world’s most dangerous animals. Cane toads, highly venomous brown snakes, saltwater crocodiles and cassowaries are best avoided.

A relative of the sweet-tempered emu, the cassowary is perhaps the most dangerous bird in the world. At five-foot-tall, it sports a large horn-like casque atop its head that may protect it when the bird runs through its rainforest habitat. But it’s the toes that should strike fear into the heart of anyone venturing into its realm. The innermost toe bears a claw that looks like a 4-inch dagger. The danger arises only when you get too close. Violate this bird’s personal space and it will kick like a mule, lashing out with that wicked claw.

At least two people have been killed by cassowaries and many more have been injured, often by birds that had been raised as pets, who have been conditioned to expect food handouts from people and have lashed out when none was offered.

So, if you would like to have an exotic bird, my advice is try a cockatiel. It’s easily cared for and has neither horns nor death-dealing claws.