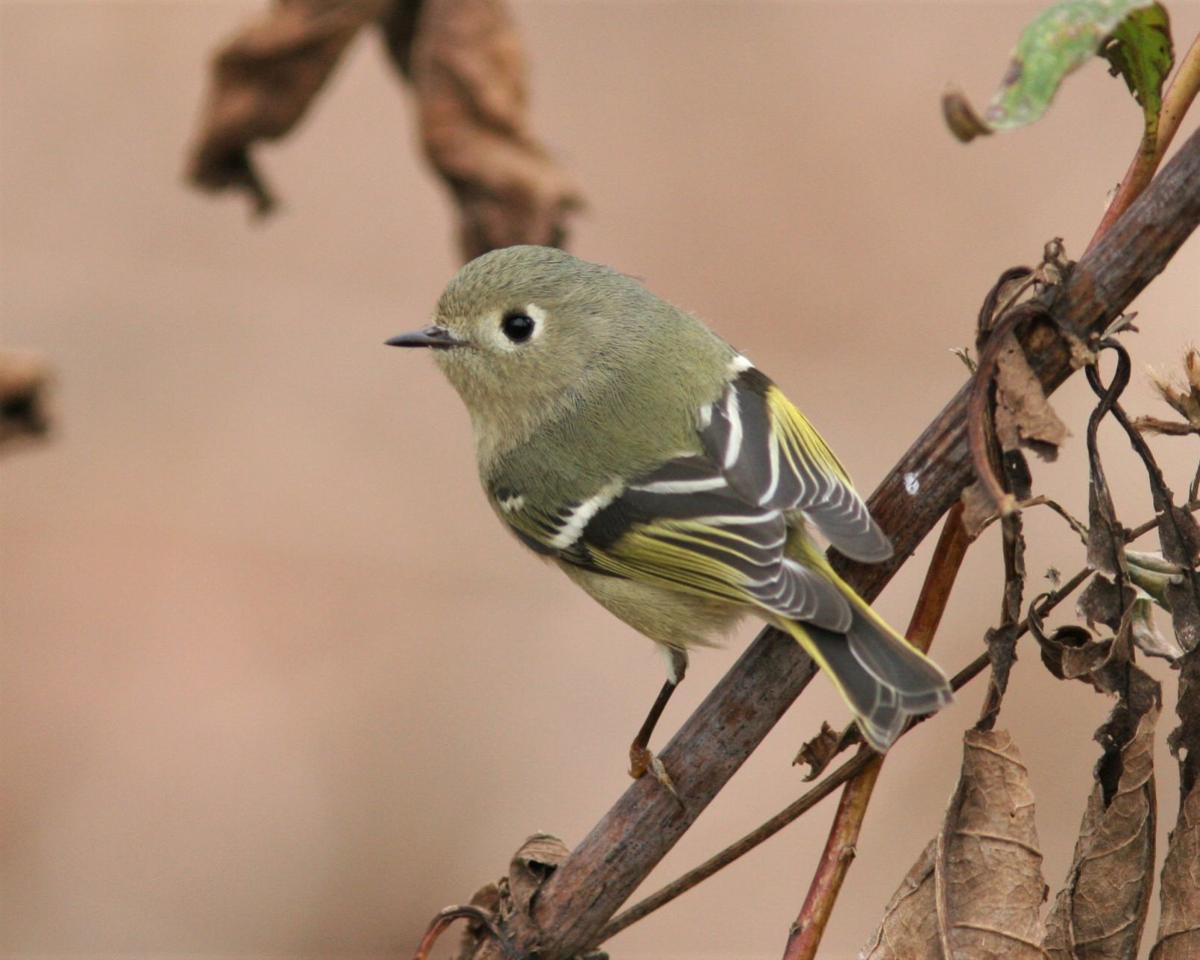 Many birds have left us for the winter, but many more are just arriving.

Fall migration has come and gone. Many of the birds that grace us with their presence through the summer months and others that nest far to the north but migrate through our area have bid farewell until springtime when they will wing their way back to us.

Gone are the barn swallows that are so common in summer along with their brethren — the rough-winged swallows that nest in little burrows in banks and the cliff swallows that attach their mud nests to the underside of the N.C. 158 bridge over the Yadkin River.

A pair of green herons nested nearby in the marsh at Tanglewood Park. They have long since departed for points south — probably in Central America or northern South America.

Several warbler species nest in Forsyth County: hooded warblers, yellow, prothonotary, yellow-throated and black and white warblers, as well as common yellowthroats, American redstarts, northern parulas and ovenbirds. But they won’t be seen again until many months have passed.

Other birds that have left us include the handsome yellow-billed cuckoo, the striking scarlet tanager, brilliant indigo bunting and the beautiful Baltimore oriole.

The broad-winged hawk is the only raptor in the eastern United States that migrates in groups. This hawk is a complete migrant, meaning they depart their breeding range entirely and winter much farther south — some of them as far as southern Brazil.

With so many birds having vacated our area, is there any point in going out to look for others?

Though many of our favorite birds have flown, many more remain throughout late fall and winter, and others that summer in the north will find the N.C. Piedmont a perfectly acceptable place to spend the winter months.

The large expanse of lawn at Quarry Park holds no appeal for most birds, but chipping sparrows and bluebirds — and, of course, Canada geese — like it just fine. When I visited recently, at least two dozen bluebirds were scattered about the observation deck, chain-link fence and every other vertical surface, dropping to the grass to pick off moths, grasshoppers and other tidbits.

Unlike broad-winged hawks, bluebirds are partial migrants. Some fly south — often just temporarily to avoid harsh weather, while others remain largely in the same area where they nested. And so, it’s quite possible that many of the bluebirds that were present in Quarry Park had spent the nesting season well to the north and just recently joined our resident bluebirds.

With the first bout of cold weather several species of waterfowl began arriving at area lakes and rivers. A raft of 15 buffleheads kept busy on Salem Lake, diving to the bottom to feed on aquatic insects such as dragonfly larvae.

In a sheltered cove, a quartet of ruddy ducks rested on the surface, their bills tucked into the feathers on their backs, while a single cormorant dove for small fish that it would swallow intact.

As winter descends on us and waterways farther north begin to freeze over, many more waterfowl will be forced to fly south, and the larger areas in the Piedmont that rarely freeze over entirely will be welcome sites to waterbirds. But waterfowl populations fluctuate at even these reliable refuges. A flock of red-breasted mergansers may show up for a few days.

It is this unpredictability of what waterbirds can be found that adds to the enjoyment of winter birding. You never know what will be there — or what will be absent.

But it isn’t just waterfowl that can make a cold-weather outing worthwhile. Other birds that have recently arrived for the winter are our smallest songbirds: ruby-crowned kinglets, golden-crowned kinglets, winter wrens and brown creepers.

Will red-headed woodpeckers show up this winter? Less predictable than many birds these stunning woodpeckers are seen occasionally at Tanglewood and Horizons parks.

The beautiful cedar waxwing is seldom seen in the Piedmont at other times of year, but on a good day, dozens might be seen in winter flocks.

Even weed patches have a few winter residents. Most of our sparrows are here year-round. Song sparrows, chipping sparrows, towhees and field sparrows aren’t going anywhere, but they’re joined by juncos, fox sparrows, white-throated and white crowned sparrows for the winter months.

Yes, many of our favorite birds have retreated to the south, not to return until April or later. But many others have taken their place in the meantime, enough to make a walk along a greenway or a park worthwhile.

Lindsay Addison, Wildlife Biologist with Audubon North Carolina, will speak on N.C. coastal birds at the November 19 meeting of Forsyth Audubon. The meeting begins at 7:00 PM at the Historic Bethabara Park Visitor Center, 2147 Bethabara Road. Attendance is free and the public is welcome.