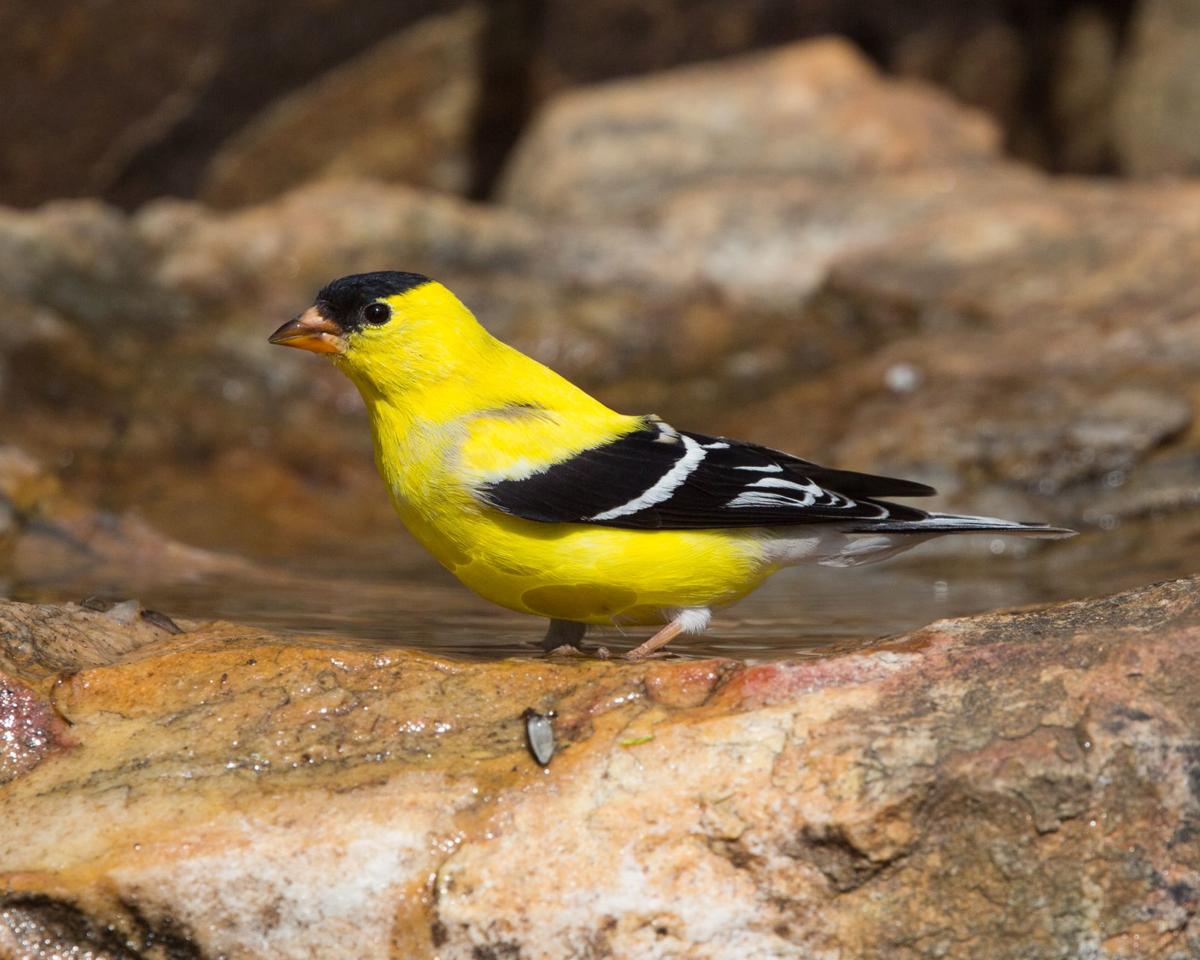 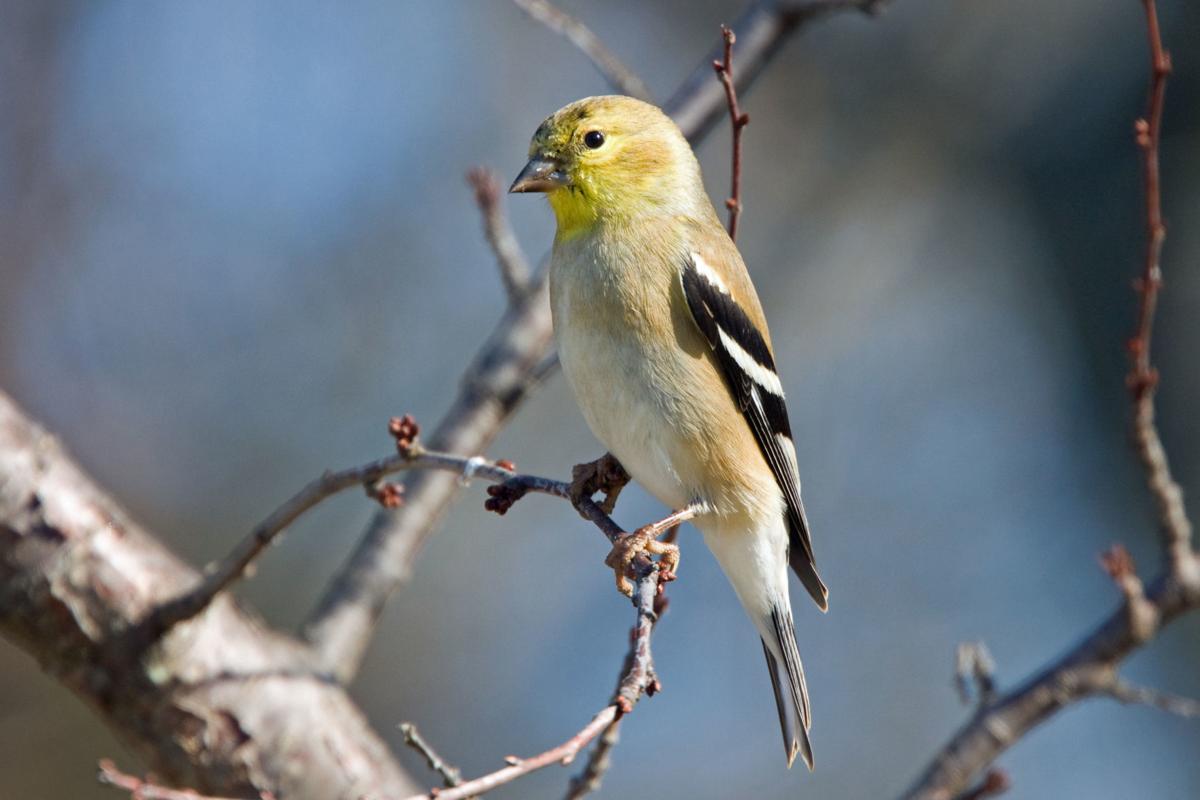 The American Goldfinch in its winter plumage.

The American Goldfinch in its winter plumage.

My grandmother reveled at the sight of bright yellow birds with black caps that attended the zinnias in her garden each summer. Wild canaries, she called them.

The wild birds in her garden were American goldfinches.

Goldfinches are well-known to anyone who maintains bird feeders. Their preferred habitats are weed fields and cut-over fields with lots of saplings, but they are readily attracted to bird feeders, especially in winter.

Each year when their breeding season begins, I hear from readers asking where the goldfinches have gone, because they seem to have vanished from feeders. The short answer is, not far. Just as we are likely to shop for fresh vegetables at the farmers market when they are in season instead of the supermarket, goldfinches seek locally grown foods in the form of wildflower seeds. Once the wildflowers begin to die back, goldfinches will return to their version of the supermarket — our bird feeders.

The other reason some bird watchers perceive that the birds have flown is because the males, especially, have molted their bright summer plumage for winter attire that’s a bit demure. Females are less colorful than males in all seasons and may be overlooked entirely in winter when that are at their least colorful. But goldfinches may even be more common in winter when many that nest farther north join others that are year-round residents in our area. It’s in the winter months that flocks of 40 to 50 or even more goldfinches can be seen in the right habitat.

Though most birds nest in springtime and summer, the breeding season of goldfinches is somewhat later, with some nesting as late as August. Their nesting season appears to be coordinated with many species of wildflowers whose seeds goldfinches prefer. Among their favorites are several species of thistle — some native, such as tall thistle, field thistle and pasture thistle, and several nonnatives, such as the Canada thistle and the national flower of Scotland, bull thistle.

In addition to the value of their seeds to goldfinches, thistles are important sources of nectar for many pollinators, including the monarch butterfly and several species of fritillaries.

The vast majority of land birds feed their nestlings insects and other soft-bodied prey that are high in protein and moisture. But goldfinches and several other finch species feed their babies a slurry of plant seeds — seeds from the same plants they feed on themselves.

The best way to attract goldfinches to feeders is to offer nyjer or “thistle” seeds. These tiny seeds cost more than other kinds of birdseed — an online price check found nyger at $1.71 a pound compared to black oil sunflower seeds at 50 cents a pound — but nyger is the one most likely to draw goldfinches, and it has the additional benefit of being unattractive to squirrels.

Though it is often called thistle, nyger is the seed of an African flower. The seeds are sterilized, so they won’t sprout in your yard. Because the seeds are tiny, you’ll need a thistle feeder, and it’s important to keep the seeds dry and free of mold. For those reasons, I suggest offering small quantities initially — a cup or two — until finches are coming to the seed regularly.

Two of the best places to see flocks of goldfinches in winter are the meadow at Tanglewood Park’s Yadkin River Nature Trail and the Reynolda Gardens meadow.

If you’re ready to venture beyond your backyard to see and enjoy birds, there’s no better way than to show up for one of Forsyth Audubon’s many activities. From bird walks, day trips, two weekend trips a year, educational and entertaining programs, and, best of all, the friendly helpfulness of experienced birders, Forsyth Audubon is the best way to accelerate your learning and increase your enjoyment of birds. Just go to http://forsythaudubon.org to learn more.