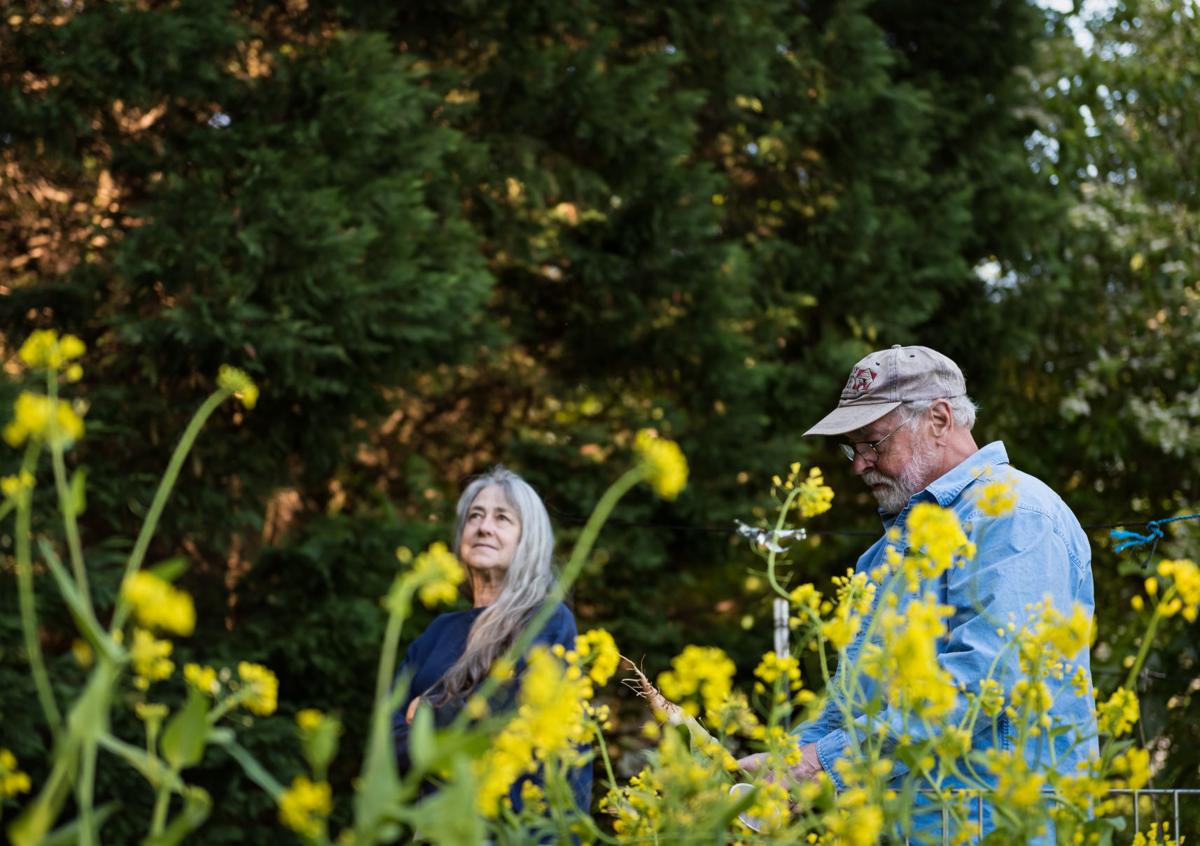 Chinese mustard greens bloom around Jan and Jim Hullihan in their garden in Winston-Salem. 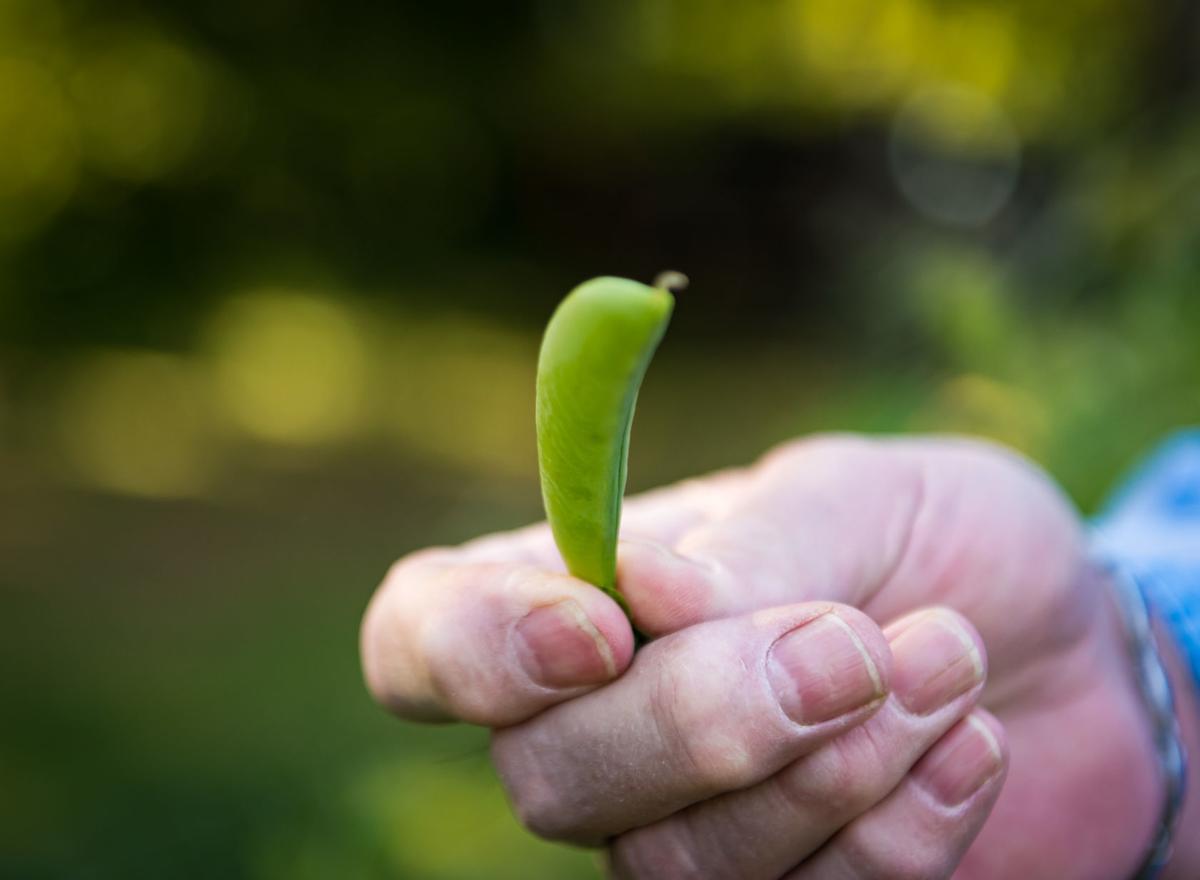 Jim Hullihan holds a snap pea grown in his garden. Other plants include fava beans, crimson clover and radish. 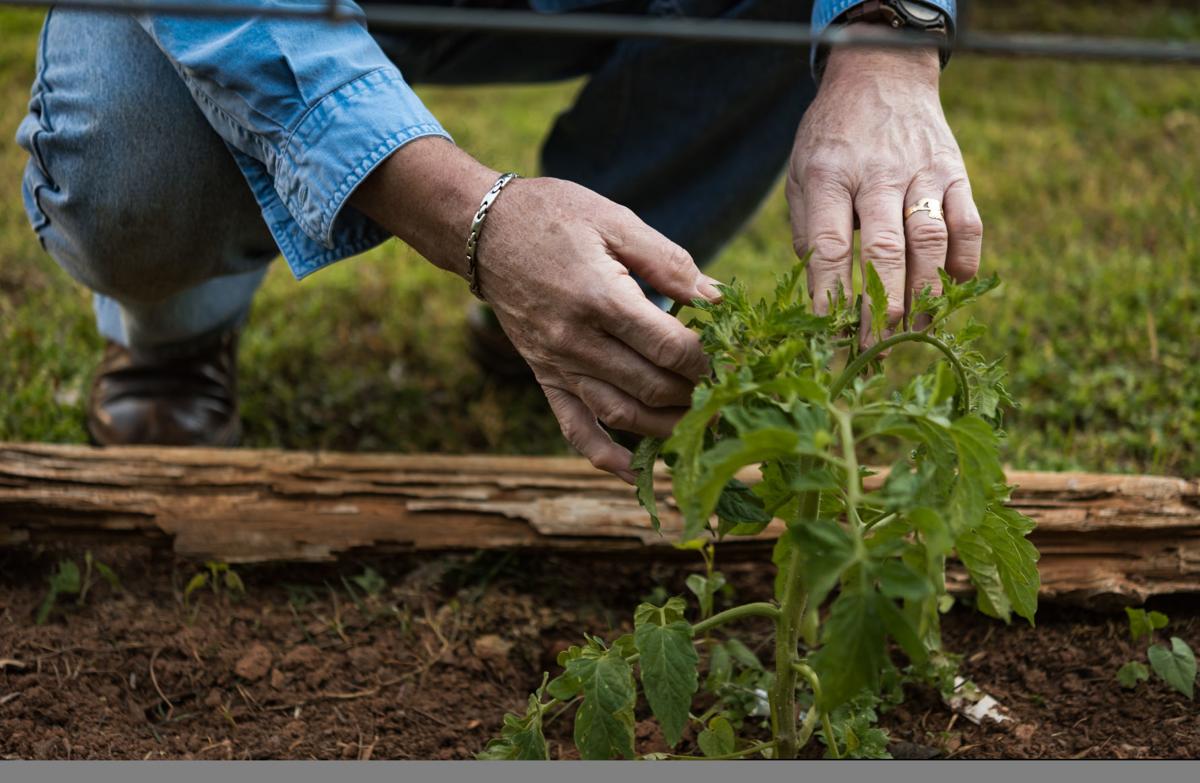 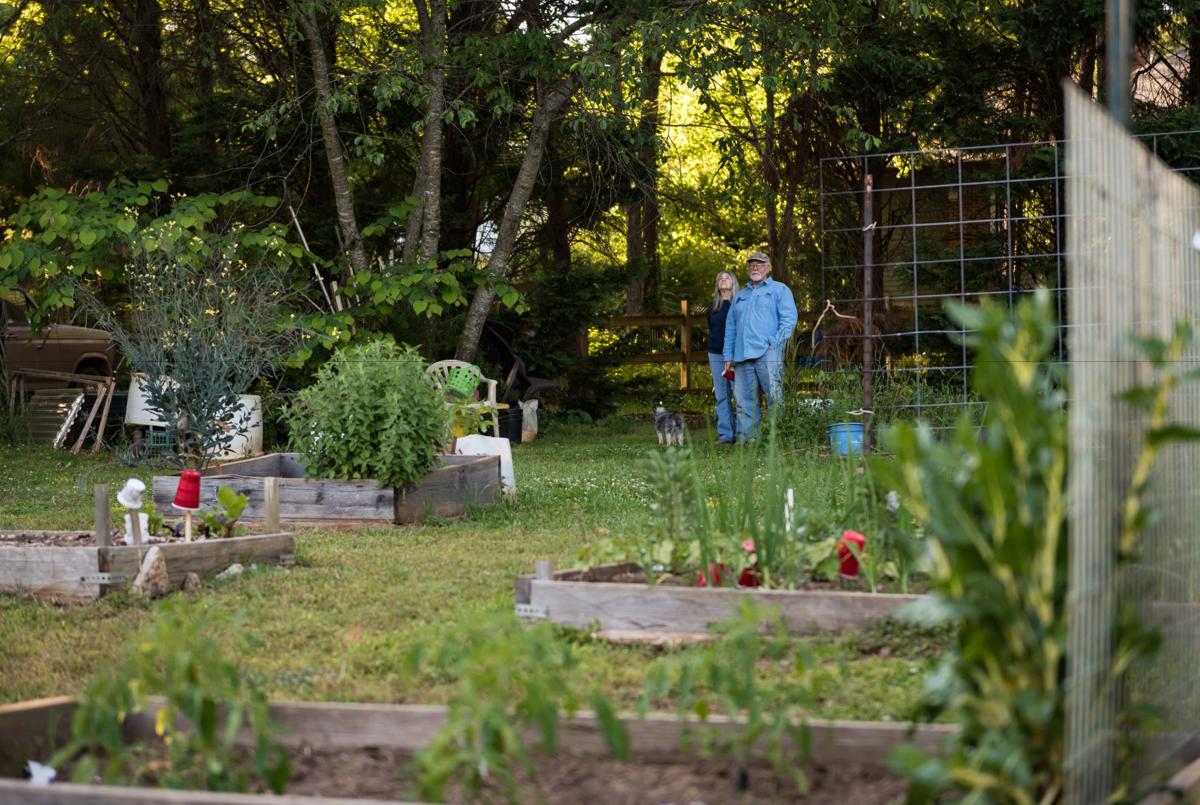 The Hullihans check out their garden. 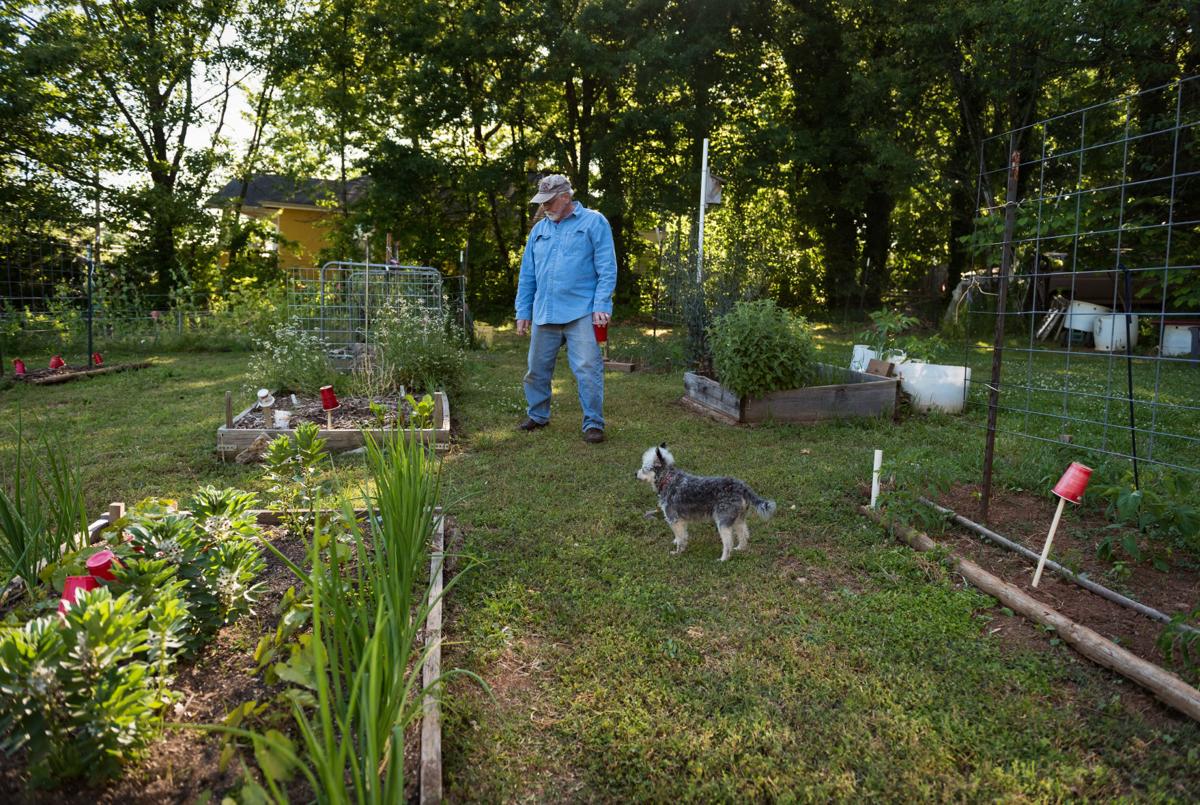 Jim Hullihan stands in his garden with his dog, Radar. 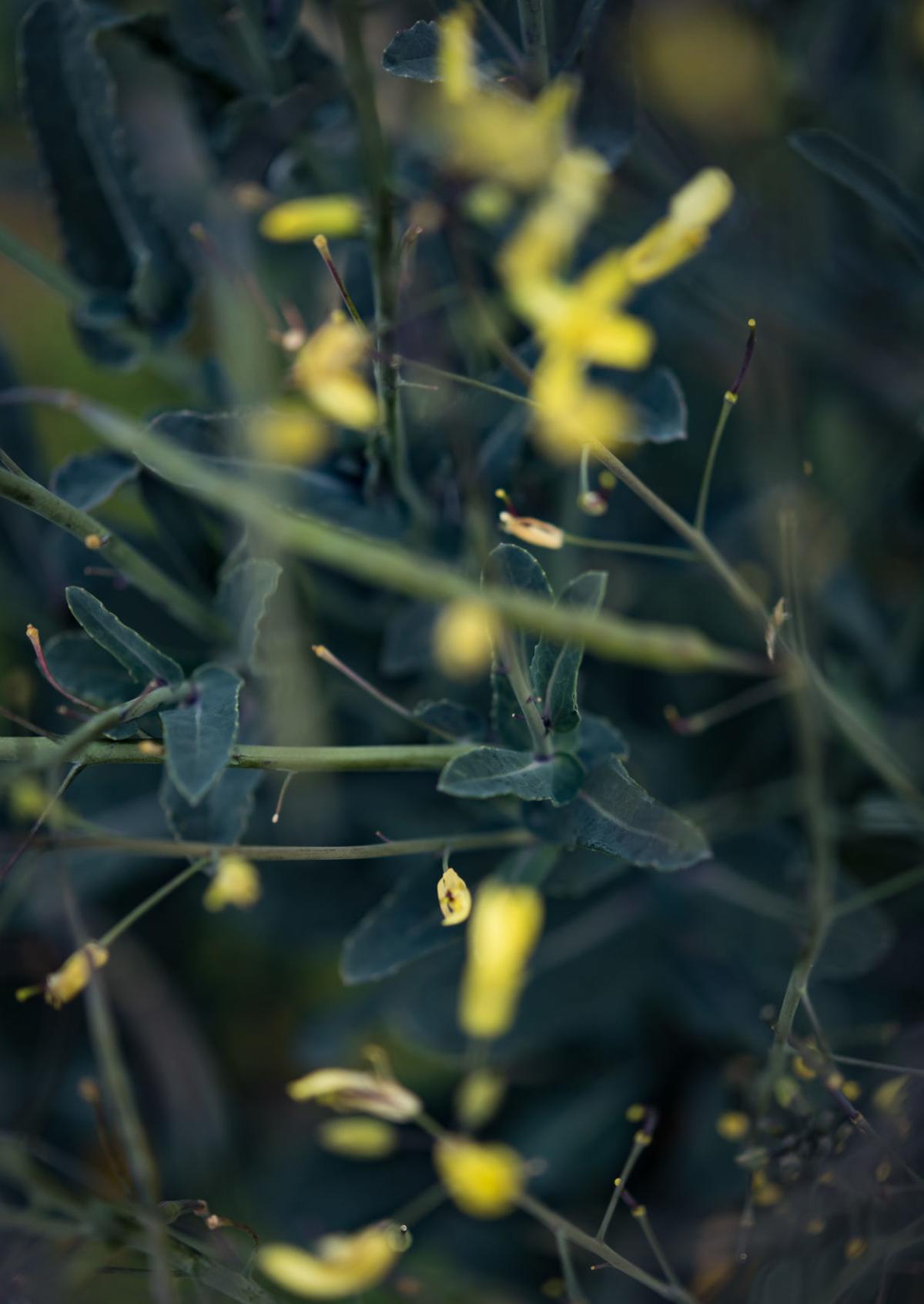 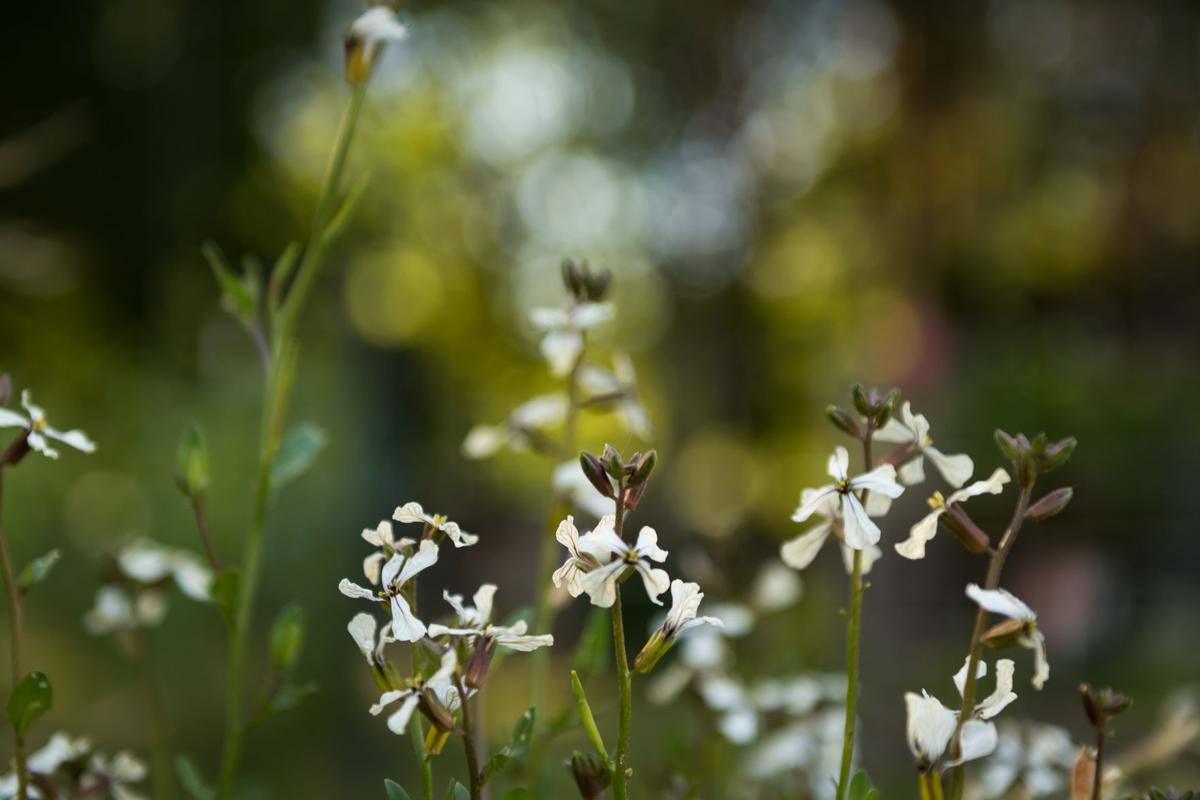 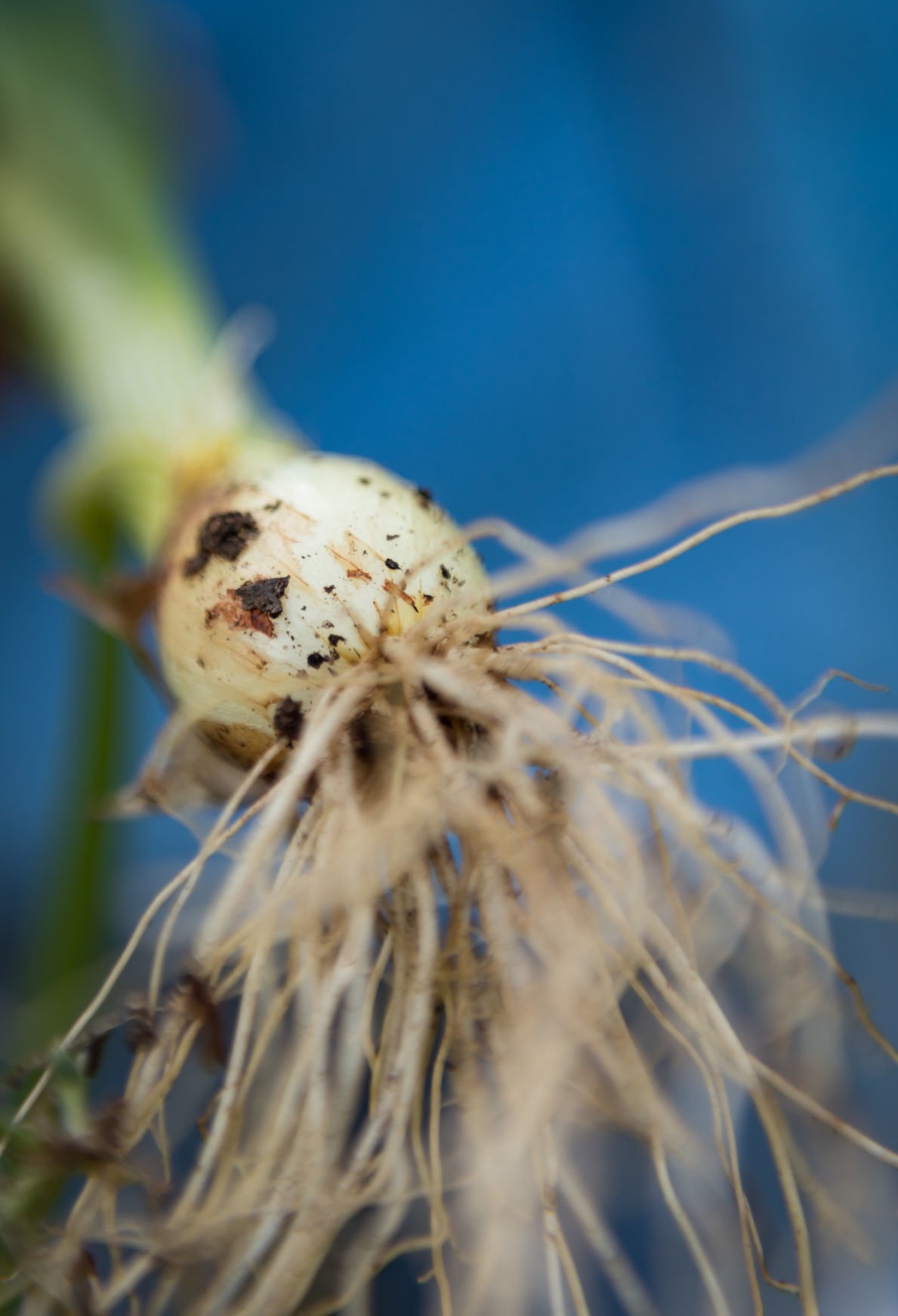 Jim Hullihan holds a fresh onion from his garden.

Chinese mustard greens bloom around Jan and Jim Hullihan in their garden in Winston-Salem.

Jim Hullihan holds a snap pea grown in his garden. Other plants include fava beans, crimson clover and radish.

The Hullihans check out their garden.

Jim Hullihan stands in his garden with his dog, Radar.

Jim Hullihan holds a fresh onion from his garden.

Seasonal shifts between crops can rejuvenate our soil, feed pollinators and give us a chance to see the whimsical beauty of a plant left to seed.

Seasoned and wise gardeners appreciate the value of transition and are keen on using sustainable methods and materials to grow a successful garden while benefiting the ecosystem. A couple on the Southside of Winston-Salem are doing just this, and their productive fruit and vegetable plot is a brilliant model of how to percolate from one season to the next.

Retired couple Jim and Jan Hullihan have lived in their Washington Park home since the early 1990s. Jim is the primary gardener in the family (to whom Jan gives full credit), but they both enjoy growing new things and preserving their produce. Before retirement, there wasn’t as much time for gardn.ening, but Jim is growing something almost year-round now.

The Hullihans had a small backyard garden for years, but maturing trees created more shade and made it harder to get productive crops. So, when the opportunity arose to buy an adjoin ing property, they didn’t hesitate. The vacant lot provided an open plot with full sun exposure, which allowed Jim to cultivate his urban garden.

“I’ve been gardening back here maybe 15 years,” Jim said. “I got a guy in here to plow it, because it’s pretty much clay. I’ve been getting city mulch for years and adding it. I’m not fastidious, but I discover things that decide they want to live here.”

The urban garden is a combination of raised beds and in-ground plantings that Jim has adapted depending on the crop.

“I finally went to raised beds because of the Bermuda grass. I still grow some in the dirt; it holds the moisture a whole lot better,” he said.

“I try to save seeds for most everything, although I frequently buy from (Seed Savers),” Jim said. “The tomato plants I’ve got — except for a couple of Celebrity — they’re all from saved seeds.”

The Hullihans employ a strong ethic of sustainability in their garden. They don’t waste materials, and they make good use of what they have on hand.

“Jim’s really into adaptive reuse,” Jan said. “There was an old shed back here until recently. So he saved the panels off of that and uses them for other things. Part of that comes from (when) we both worked in theater backstage and you always have to figure out a way to improvise.”

The Hullihans collect rainwater, pumping it from outside their house to collection barrels in the garden. The panels salvaged off their shed are currently being used to solarize a section of Bermuda grass. (Solarization is a technique of using the sun’s energy to fight pests and diseases in the soil.) Once this tenacious grass is smothered, Jim will plant winter squash, melons and okra. A friend gives Jim large plastic barrels, some of which he cuts in half to use as planters.

Red plastic cups dot all of the raised beds, dancing on stakes beside vegetables. The cups have plant names written upon them, and serve as labels throughout the garden. These cups are also used to start the seed for each plant they mark, another sustainable method the Hullihans have utilized. Jim aptly refers to their urban garden as the Red Cup Farm.

In addition to saving seeds, Jim also lets a lot of his cool season crops go to seed. This is part of his transitional gardening, where crops send up flower stalks. Instead of being pulled out and composted, curly kale, crimson clover and other leafy greens have been left in the garden. Tall colorful blooms give the garden character, feed the bees, and allow the Hullihans to collect seed for the next planting.

Beside his solarized plot, Jim has recently planted sweet potato slips, which he grew himself. He explained the process, which sounded surprisingly simple.

“I had leftover sweet potatoes from the year before,” Jim said. “You take a sweet potato, cut it in half, perch it in a mason jar so the bottom is in the water. It will root out and start to grow sprouts. Once those sprouts are pretty well along, you just peel them off, put them in water and they’ll grow roots. That’s it.”

The Hullihans seem to have a deep respect for what the earth can provide, and they enjoy the simplicity of watching plants grow. Jim especially is fond of engaging in the cyclical web of plants, from seed to fruit. As a child, his summers were spent on his grandparents’ farm in Southern Indiana, where they grew tomatoes, cantaloupe and more tomatoes. In high school, he worked on a friend’s family farm.

“I got a part-time gig at a farm, and one spring they hired me to help with the field work,” Jim said. “It just struck me one day when I was out there. It was spring, and it was pretty amazing that stuff bloomed. And it’s always stuck with me.”

One simple joy of gardening is watching our blooms, and witnessing the progression of seed to sprout to flower. These transitions are important, especially as we watch our plants come full circle and wane as a new season sets in. Jim and Jan’s urban garden allows for the old and new to exist within the same space, teaching us important lessons about how to grow our best “green” garden.

Amy Dixon is an assistant horticulturist at Reynolda Gardens of Wake Forest University. Gardening questions or story ideas can be sent to her at www.facebook.com/WSJAmyDixon or news@wsjournal.com, with “gardening” in the subject line. Or write to Amy Dixon in care of Features, Winston-Salem Journal, 418 N. Marshall St., Winston-Salem, NC 27101