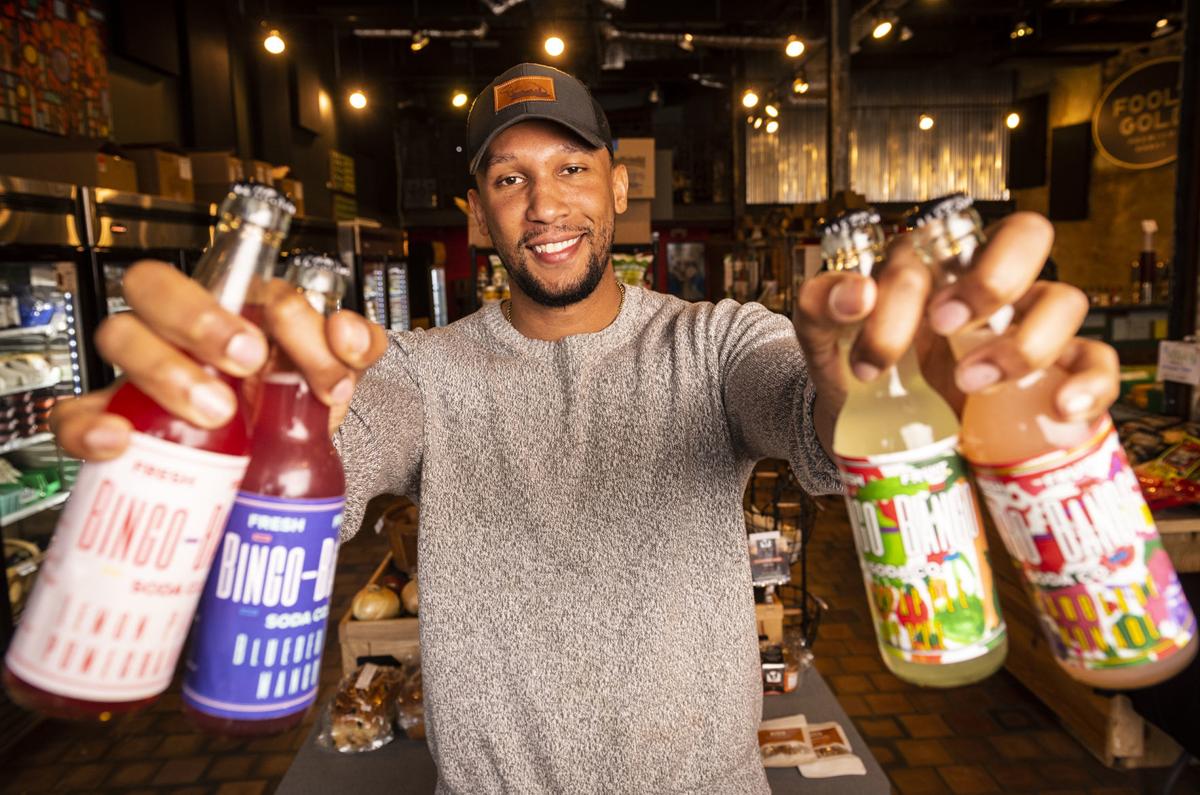 Michael Robinson, founder of Bingo Bango Beverage Co., shows some of his sodas available at the Colony Urban Farm Store in Winston-Salem. 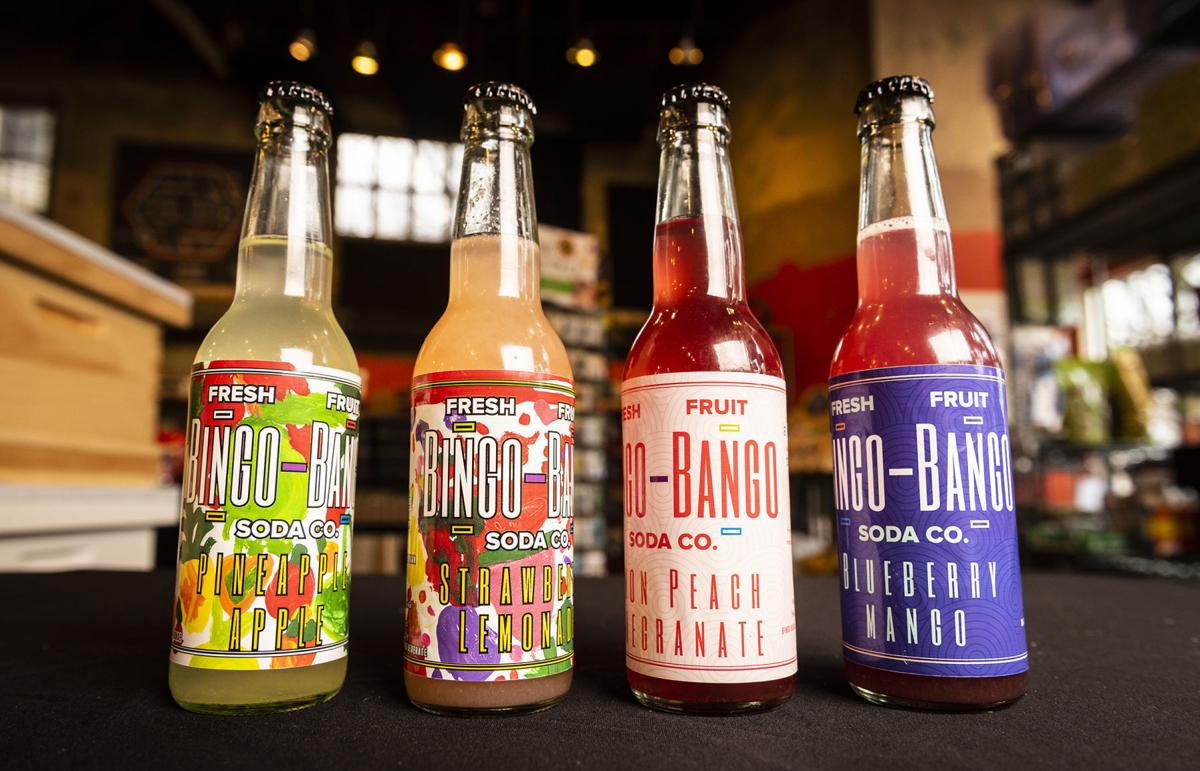 Michael Robinson, founder of Bingo Bango Beverage Co., shows some of his sodas available at the Colony Urban Farm Store in Winston-Salem.

Local entrepreneur Michael Robinson is winning over soda fans one bottle at a time with his Bingo Bango fruit-based beverages.

Robinson, 31, started Bingo Bango Beverage Co. about a year and a half ago. Partly from working as a bartender for his brother and sister-in law — Chris Megginson and Kelli Roberts — at Carolina Vineyards & Hops, he noticed that a lot of bars and breweries didn’t have much in the way of non-alcoholic craft beverages. “I remember taking a trip to Asheville and marveling at all the breweries. But there didn’t seem to be a craft non-alcoholic option besides kombucha,” Robinson said. “I saw a niche for an alternative that was natural and local,” he said.

He experimented for some time to come up with sodas that satisfied him — he recalls his first batch exploding all over the inside of his refrigerator. “My first attempts were terrible,” he said with a laugh. “For a while, everything in my kitchen was sticky.”

For each flavor, Robinson starts by juicing whole fresh fruit. The sodas are sweetened with cane sugar but are relatively low in sugar — containing just 6 grams of added sugar in 12 ounces.

They contain no artificial flavors or colors. They are carbonated, but not as much as most commercial sodas. The only ingredients are fruit, water and cane sugar.

Bingo Bango sodas are fresh products that require refrigeration, and they have a shelf life of only about six weeks.

Robinson said that summer is peak season for his sodas. A soda such as Pineapple Apple is “super refreshing on a hot day,” he said.

Strawberry Lemonade is most popular among people trying his sodas for the first time.

When he can, Robinson likes to incorporate local ingredients. He used strawberries from Crossnore School last year. And he used local Fool’s Gold Honey in a special seasonal soda, Cranapple Honey.

Robinson has found a good reception for his sodas around town. Bingo Bango is available at such places as Fiddlin’ Fish Brewing Co., Wise Man Brewing Co., Colony Urban Farm and Canteen Market and Bistro. It’s also sold at the local Total Wine & More, and Robinson will have a weekly stand when the spring and summer Cobblestone Farmers Market returns to Old Salem in April.

Depending on where people find the sodas, a 12-ounce bottle may cost $3.50 to $4. Robinson sometimes will package them in four- or six-packs. “I’ve also filled growlers at events,” he said.

Robinson said that people not only drink the sodas alone, but also use them as cocktail mixers. “They’re great for mimosas, too,” he said. “Diamondback Grill made a martini with the Strawberry Lemonade. And Small Batch made a Blueberry Mango popsicle.”

Robinson has partnered with the Enrichment Center, donating a proceeds of sales to help the center with its mission of helping adults with intellectual and developmental disabilities.

He also has worked with the Sawtooth School, allowing students at a summer camp last year to create artwork that appears in limited editions on his bottles.

“That was really cool, to have a collaborative art activity,” Robinson said. “I also want to expand on the charitable partnerships.”

Robinson chose Bingo Bango as his company name to honor his grandfather, the late Emile Worthy. “He was from New Orleans, and he would always say ‘bingo bango’ when he was excited, or when he was describing something amazing or unique.

“It turns out the original juicer I used to make the sodas — he had gifted it to my mother. I like that he left something behind that I was able to use.”