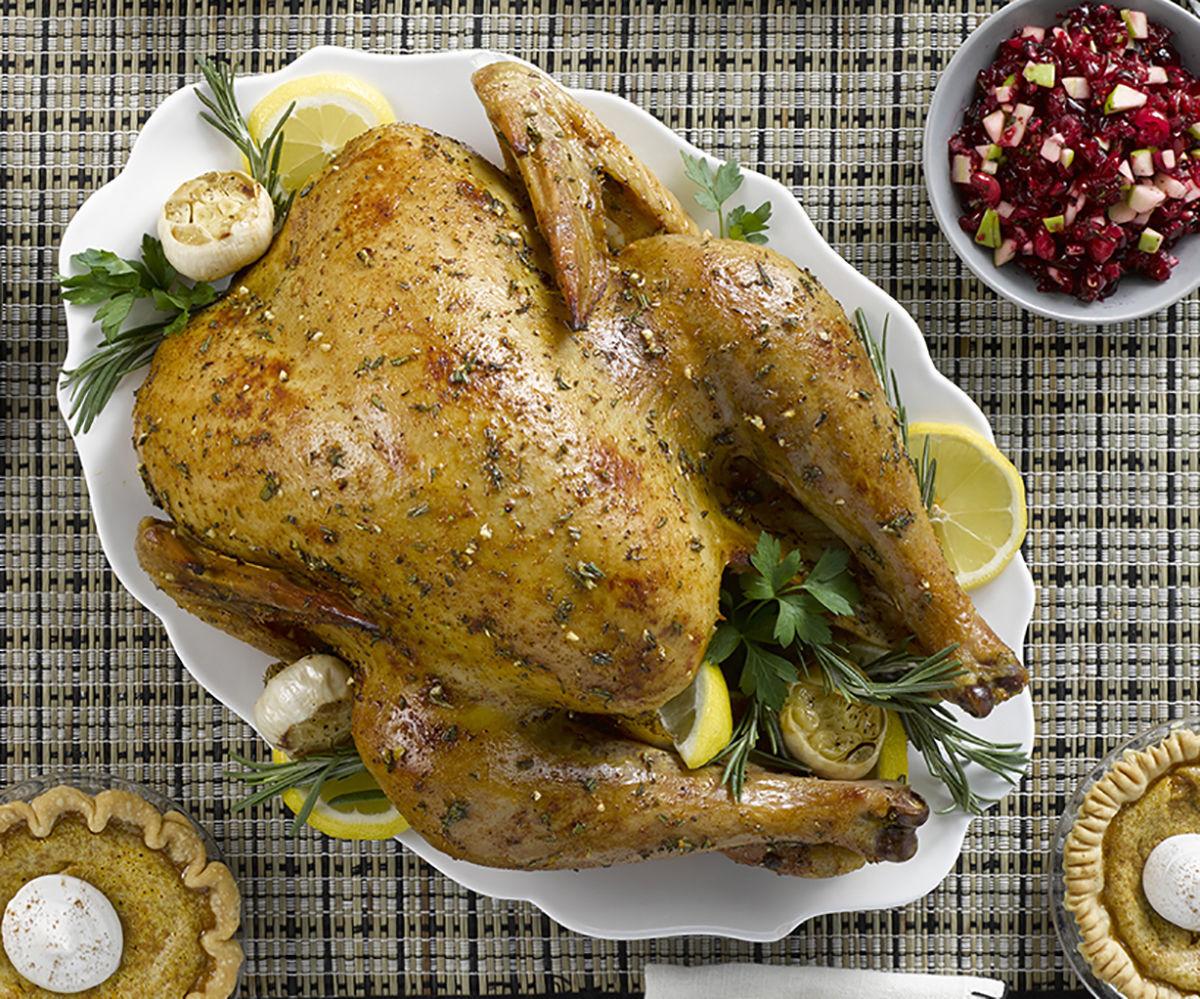 Thanksgiving turkey can be seasoned with a garlic and herb rub, or “dry brine.” 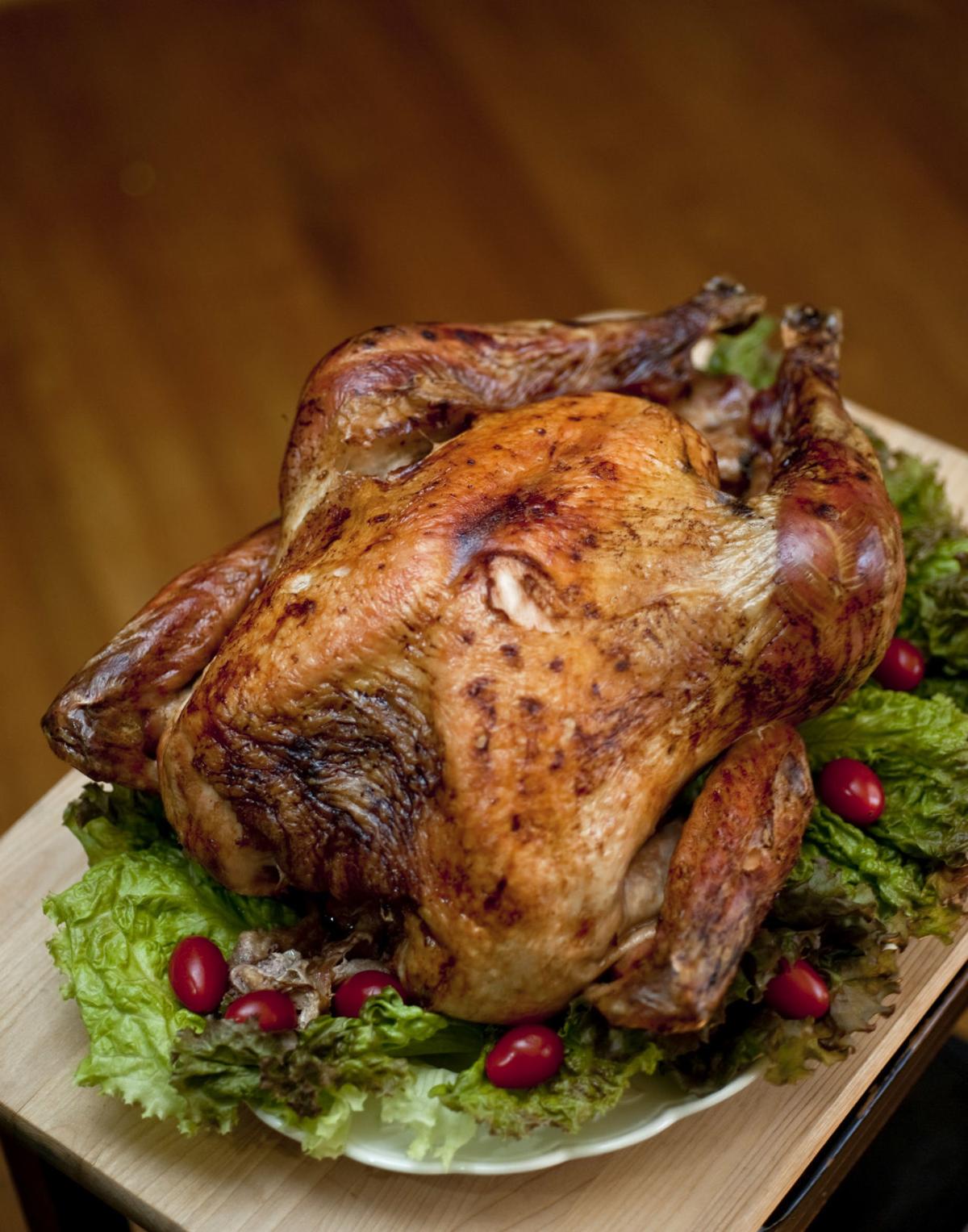 Thanksgiving turkey can be seasoned with a garlic and herb rub, or “dry brine.”

Since the 1990s, when Cook’s Illustrated started promoting brining, millions of people have gotten hip to the advantages of soaking their holiday bird in salt water — touted as a foolproof way to ensure that the turkey’s breast meat doesn’t dry out before the dark meat gets fully cooked.

But now there’s a better way. Often touted as a “dry brine,” this newer method achieves the results of brining without near as much work. And some would say the results are even better.

The method isn’t exactly new, but it has been slow to catch on with mainstream cooks. Russ Parsons, the former food editor of the Los Angeles Times, is credited with popularizing the dry brine after writing about it in 2006. And he has in turn credited chef Judy Rodgers and her method for seasoning whole chickens at Zuni Cafe in San Francisco.

There’s another name for that: salting. Some call it “pre-salting,” because time is an important part of the equation.

Note that salting or brining should be done only with natural, heritage or otherwise unseasoned turkeys. A kosher bird is already salted. Any bird labeled as “basted” or “self-basting or “enhanced,” or as packed in a solution of any kind is already salted. Do not brine any of those seasoned birds unless you want to ruin Thanksgiving dinner.

The heart of the dry brine or salting is rubbing salt all over a turkey and letting it sit in the fridge long enough for the salt to be thoroughly absorbed into all of the meat.

A dry or wet brine works the same way, through osmosis, and this not only seasons the meat but also tenderizes it and helps ensure that it is juicy.

When salt is rubbed on the meat, it draws the meat juices to the surface through osmosis. Next, the salt melts or dissolves in those juices, creating an equilibrium of seasoned juices, which then flow back and forth through the cells of the meat — and in time — voila! — all of the meat becomes evenly seasoned. In addition, the salted juices also change the structure of the muscle proteins, and that produces juicier meat.

Most dry brines do not limit themselves to salt. A little sugar enhances flavor and promotes browning. Pepper, garlic, herbs, spices and citrus zest also are used to add flavor. Then you have a spice rub like that used in many grilled recipes — the only difference being that the rub on the turkey needs more time to do its magic.

The dry brine has several advantages over a wet brine.

First, a wet brine requires a 5-gallon food-grade bucket or something equally large to submerge a whole turkey. And you have to keep that big bucket cold while the brine does its job. Most people struggle to find that kind of space in their refrigerator — especially during the holidays. An unheated garage is great when it’s cold outside, but in our area we can have high temperatures of 50 or 60 degrees the week of Thanksgiving. A dry brine doesn’t require special equipment. In fact, it’s best to do this with the same rack and roasting pan that will be used for cooking the bird — so cooks only have to handle the raw bird once.

Second, a wet brine requires rinsing and patting dry. A dry brine does not.

Third, a dry brine maintains a meat’s texture. A wet brine sometimes creates an unpalatably spongy texture to the meat because it is essentially water-logged. The dry brine avoids that problem.

Fourth, a dry brine produces wonderfully crispy skin because the skin has a chance to become nice and dry during the salting process.

Fifth, all of the prep with a pre-salted turkey is done in advance before you get busy with other Thanksgiving tasks.

Some recipes call for dry brining in a plastic oven bag, but this is not conducive to the crispiest skin.

It helps to have a second, relatively unused refrigerator where the turkey won’t touch other foods. If you are concerned about the raw meat contaminating other foods, cover the bird with foil or plastic wrap, but do so loosely so it allows air to circulate around the bird as much as possible.

If using a bag or plastic wrap, be sure to do the rub for a full three days, and on the third day take the extra step of patting it dry and then returning it to fridge for 8 or more hours to dry the surface.

A salt-rubbed or dry-brined bird can be cooked any way you want: roasted, grilled, fried, you name it. In fact, it is preferable over wet brining for deep-frying, because a dry-brined turkey will be nice and dry — an important safety consideration for frying any kind of food.

Note the accompanying recipe calls for high-heat roasting. I think this gives the best results, but be sure to add some water to the pan to avoid burning any juices. This method produces a bird as beautiful on the outside as it is flavorful and juicy on the inside.

1. Remove the neck and giblets from turkey. Pat the bird dry. Measure 1 tablespoon of salt into a bowl for every 4 to 5 pounds the turkey weighs. (For example, for a 15-pound turkey, use 3 tablespoons of salt.)

3. Place the turkey breast side up on a rack in the roasting pan in which the turkey will be cooked (if roasting). Tuck the wing tips under the bird and tie the legs with kitchen string.

4. Place the turkey in a fridge where it doesn't come in direct contact with any other foods. Let sit for a minimum of 24 hours and preferably 3 days. (If necessary, turkey can be covered with plastic, but it will need to be uncovered, patted dry and returned to fridge uncovered for the last 8 to 12 hours to allow the skin to dry.)

6. An hour before cooking, remove the turkey from the refrigerator and let sit at room temperature. Heat the oven to 425 degrees.

7. Place 1 cup of water or broth in bottom of roasting pan. If desired, scatter large pieces of onion, carrot and celery on bottom of pan to add flavor to juices for gravy.

8. Roast turkey about 2 hours, or 9 minutes a pound, until an instant-read thermometer inserted into innermost part of thighs (not touching bone) registers 165 to 170 degrees.

9. Remove the turkey from the oven, transfer it to a warm platter or carving board; tent loosely with foil. Let stand at least 30 minutes to let the juices redistribute through the meat. Carve and serve.

Note: Before you brine a turkey, be sure that the turkey contains no added salt. Any turkey with a label that says it is kosher or says the turkey "contains up to X percent solution of…" already contains salt. Do not brine such turkeys or else the result will be overly salty.

Grind peppercorns and coriander in spice grinder or food processor. Stir together with remaining ingredients until well combined.