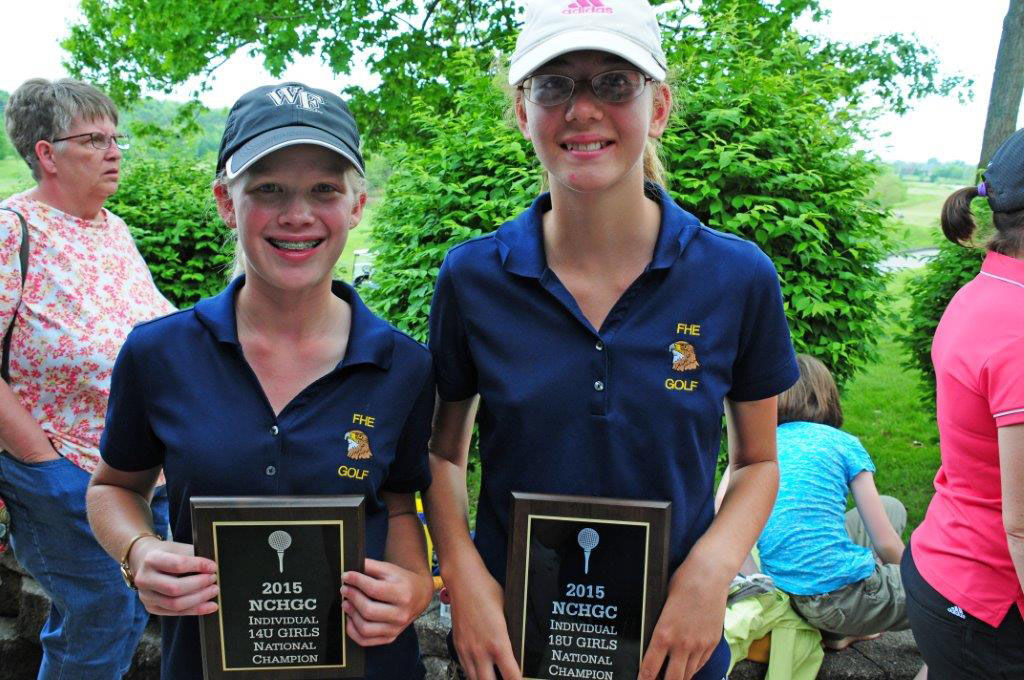 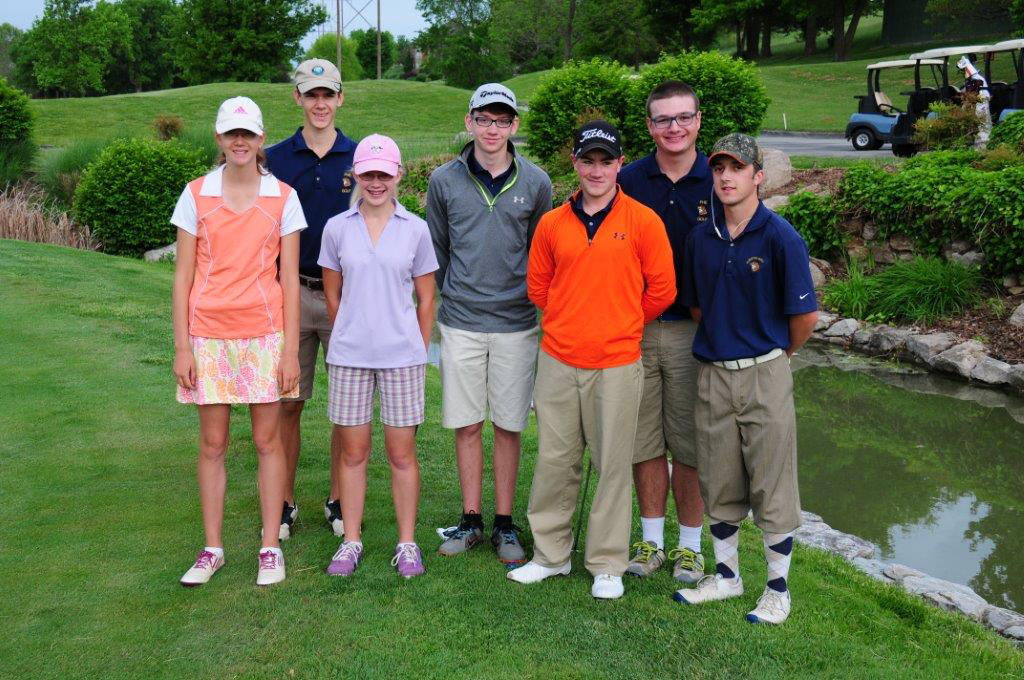 About 800 miles, a few unique cafés and custard stands later, the Forsyth Home Educators golf team finally got on the Rivercut Golf Course in Springfield, Mo.

Coach Hugh Quinn said that much of their success can be attributed to how the Hawks prepare.

During their practices at the Reynolds Course at Tanglewood Park, both play from the blue tees with the FHE boys.

It also didn’t hurt, he said, that they’re usually facing off against much older players because of their position on the FHE team.

“They played it shorter than they normally play at home, so I think that helped them in there,” Quinn said. “I think the competitiveness of our team helps all the players.”

“I think it goes back to how we practice during the year, and how we play our matches. Becca plays against a lot of high school kids.”

Still, the Rivercut, which has been voted the No. 1 public course in Missouri by Golf Digest, posed its own challenges. Playing about 6,500 yards for the boys, and 5,500 for the girls, Quinn said that his players had to be on top of their short game.

“Honestly, it was a tough golf course…the fairways were pretty wide open, the roughs were thick — much thicker than we’re used to around here,” Quinn said. “The real challenge was around the green; they were well-bunkered, they had a lot of undulation.”

Hawkins played a solid first round, but still trailed by six shots. Instead of urging her to try for a big comeback, Quinn told her just to play her game — which was good enough for a 77, and a five stroke victory.

“It was a good match for her, because she had to come back, she had to play steady golf while the others faltered some,” Quinn said. “She’s a very quiet girl, and stays right with the game and has a beautiful swing and a beautiful attitude. She’s a good solid player.”

Meanwhile, all Connolly needed on the second day was a solid outing after posting an 89 in the first round — good for an 11-shot lead.

After getting word from her father that she was struggling, Quinn went over to check on Connolly — just in time to see her put together a strong back-nine to finish off the 14-shot victory.

Although he knew he had two very talented golfers, the idea of winning a national championship is still one that takes a while to sink in.

“I was surprised that they would take the top medal overall,” Quinn said. “I was very pleased for them.”

Oftentimes, 1,600 miles on the road with high school kids can lead to a little friction, but there was already one built-in reason for ribbing.

Emily’s brother, Nathan, a junior, also shot a 157 for the tournament.

“I think that bothers him a little,” Quinn said, laughing. “Of course, different sets of tees, but she doesn’t really rub it in; but he knows it. She’s steady, and he’s a good player.”

There was also the challenge of rousing a group of teenagers to play golf before the sun, with a wake-up call before 6 a.m.

“I can assure you, they don’t get up at quarter to six in the morning,” Quinn said.

But all-in-all, he credited the group with making the trip pretty easy on the chaperones.

“When you’re with kids this long in a car, things happen. But they were good kids and it was just a lot of fun,” Quinn said.

“Sunday, I took it real easy. I’m sure the kids did, because it was a long week for them.”